This is not the article I intended to write for this February edition, however, it has become the article I need to write, in light of recent news that Emmanuel Macron, President of France is to lend the Bayeux Tapestry to the UK.

Much discussion has been had on line and in the mainstream press about where the tapestry should be displayed during its visit, with the British Museum being the perceived likely favourite. I therefore feel it important at this moment in time to clarify some significant points with regard to the tapestry and also contribute to the debate that asserts the tapestry should at the very least visit Battle during its excursion to these shores.

Why do I feel this way? Because for it not to do so and miss the opportunity this would present to venerate the culturally significant role the place now known as Battle played in our countries history, could appear to some, both now and in the future, at best remiss and at worst sacrilege.

How can you lend your support to bringing the tapestry to Battle:

Taking into account the age-old saying ​“history is written by the victor/winner”, much of what we believe to be the truth regarding the Battle of Hastings and the creation and story told by Bayeux Tapestry, must be considered in such context, however, that said, what do we know…

About Battle
Locally referenced as ​“1066 – the birth of a nation” or ​“the Birthplace of Modern England”, the town of Battle in East Sussex grew up around the Abbey commissioned by William the Conquer following his defeat of King Harold on 14 October 1066. 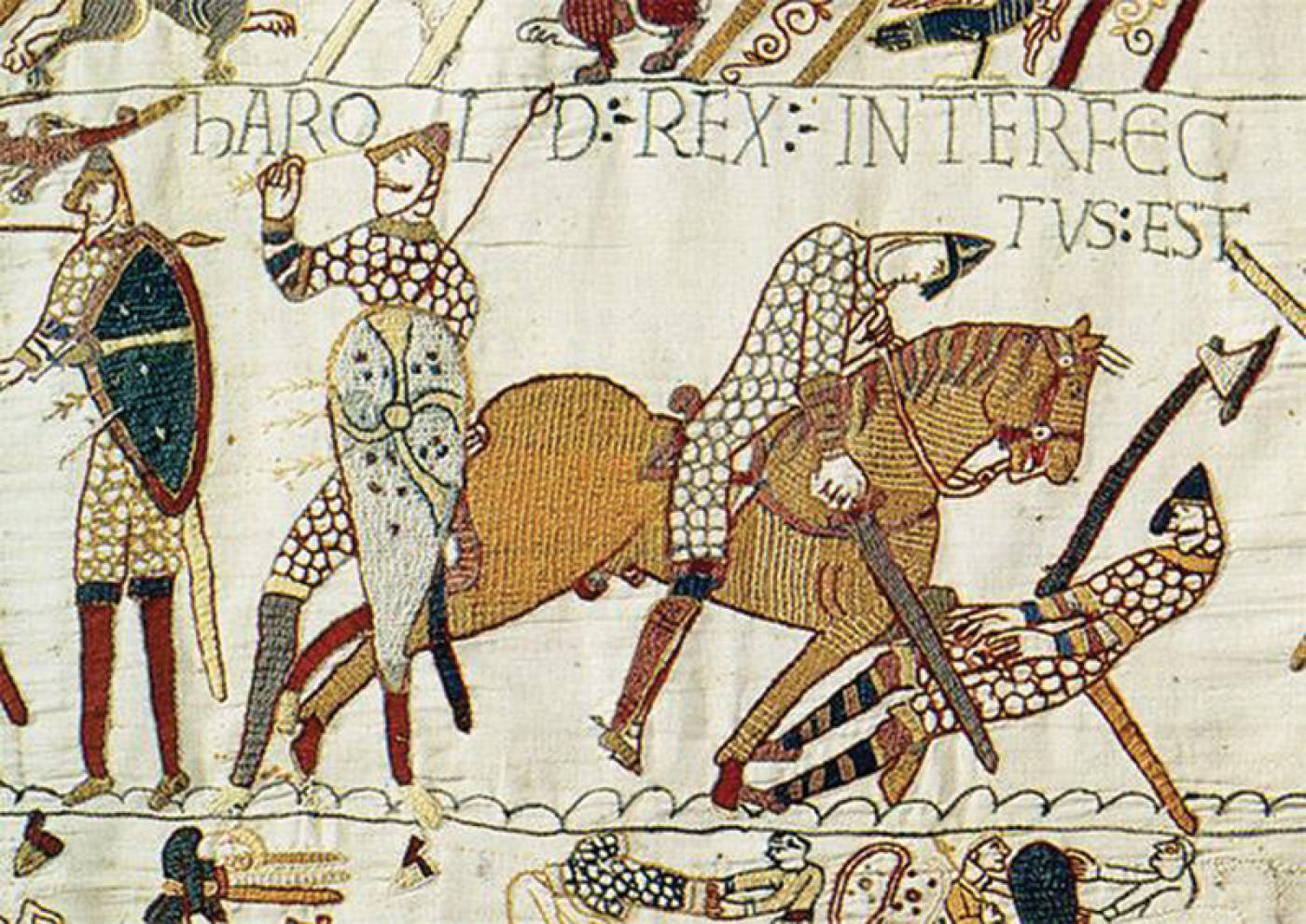 Built with local stone with detail in stone sourced from Caen, France, at William’s direction on the site where Harold fell, construction of Battle Abbey did not start until 1070 and then in the wrong place, as it was thought the site of Harold’s death had no water. William I however ordered the monks to build it on the originally designated site, so they came back to where it is today. William I decreed that in 1076, the first Abbot, Gausbert, should be consecrated at the abbey by Archbishop Lanfranc of Canterbury followed by a benediction by Stigand, Bishop of Chichester. William died before the Abbey was finally ready to be dedicated, and when staying at Hastings in February 1094 his son, William Rufus and his court attended the dedication of the abbey by Archbishop Anselm of Canterbury. 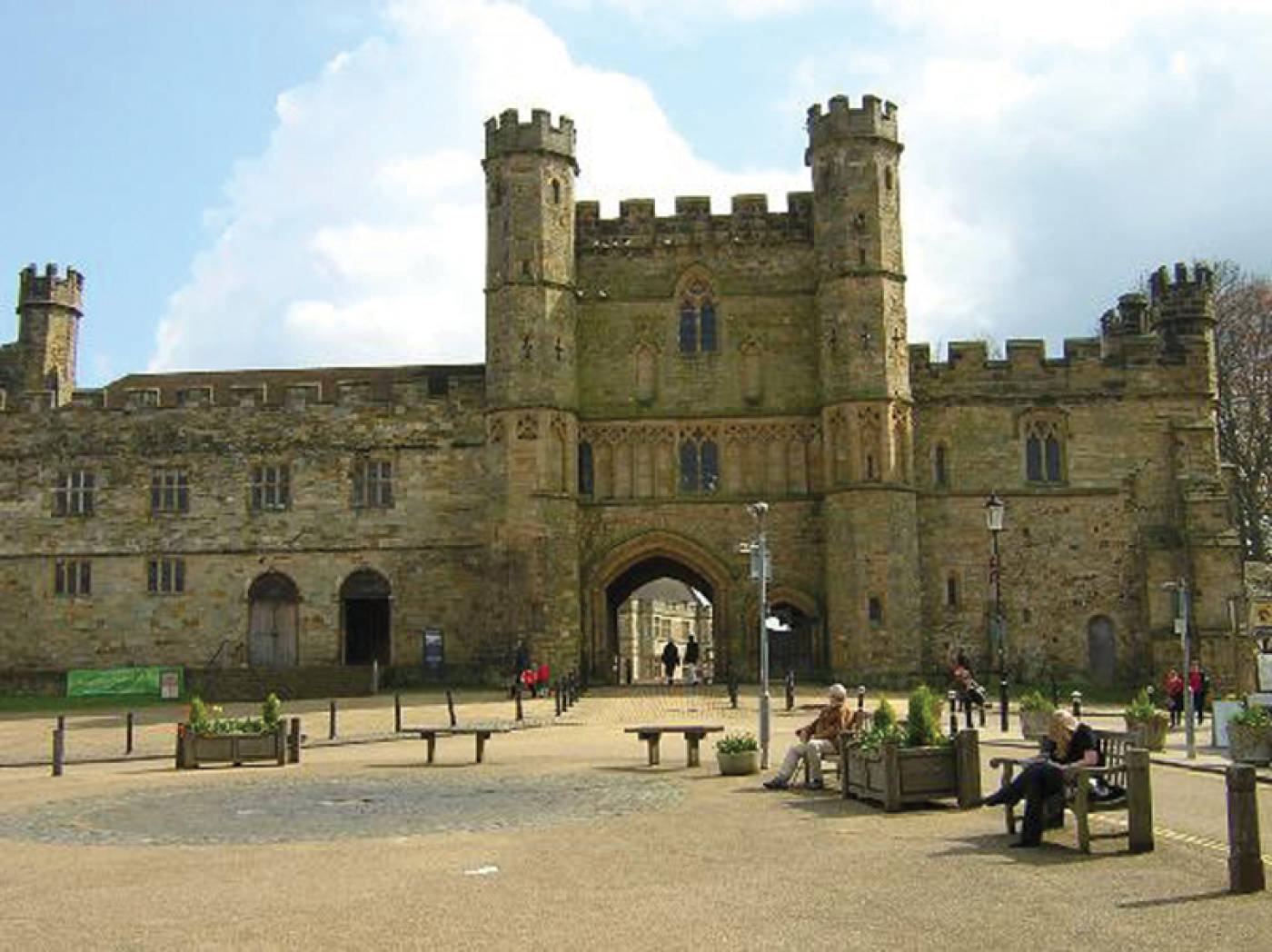 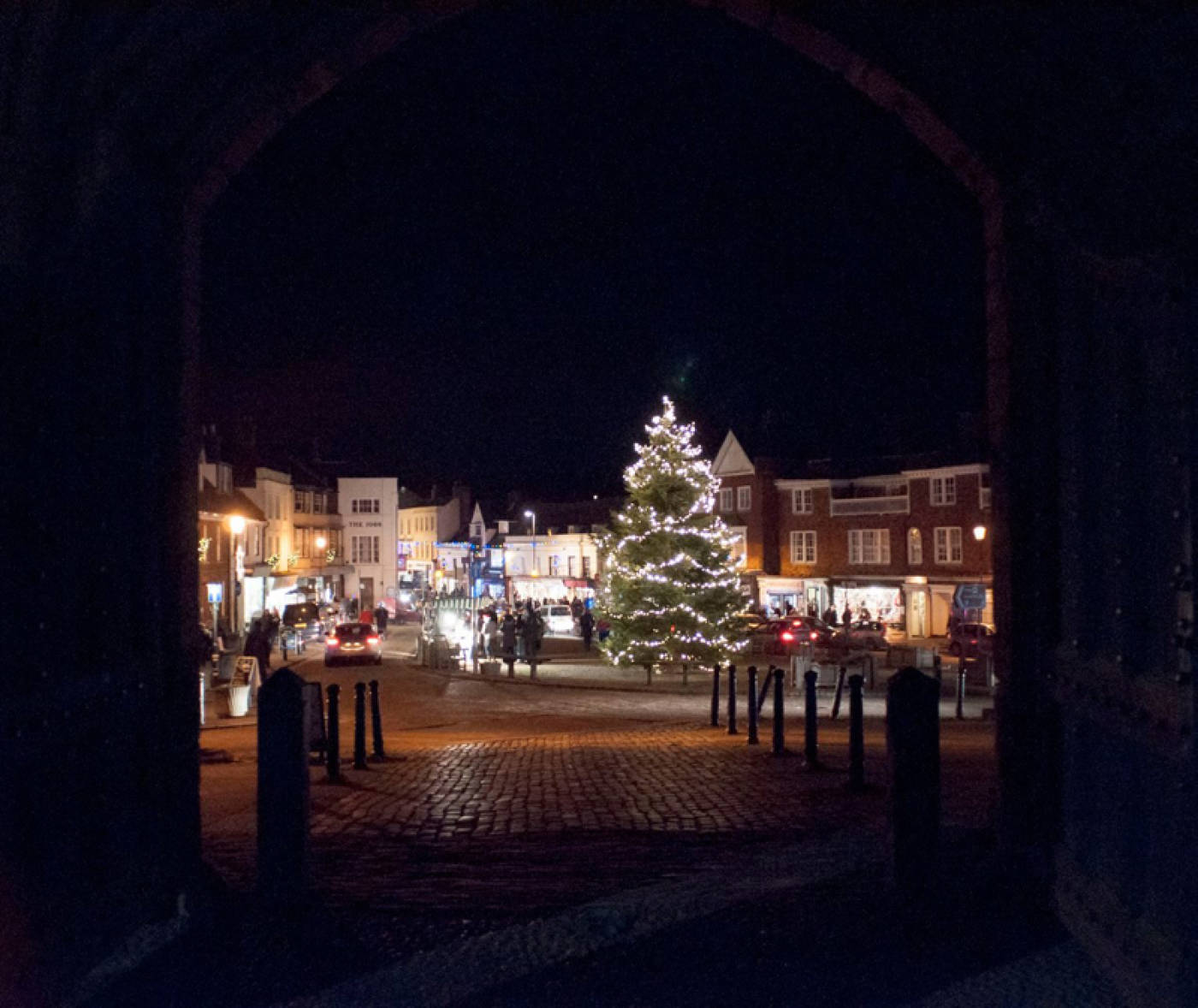 Much of Battle Abbey was demolished in 1538⁄1539 during the reign of Henry VIII, however part of the Abbots dwelling house, gatehouse and the shell of the dormitory remain today. The outline of the old abbey church is marked with only the bases of its old crypt chapels still being visible, which give some idea of the large size of the abbey church. The rest of the buildings seen today were added post-reformation and are occupied and operated by Battle Abbey School, although the whole site including the battlefield is owned by English Heritage.

Nothing is known for certain about the tapestry’s origins.
The first written record of the Bayeux Tapestry is in 1476 when it was recorded in the cathedral treasury at Bayeux as ​“a very long and narrow hanging on which are embroidered figures and inscriptions comprising a representation of the conquest of England”. 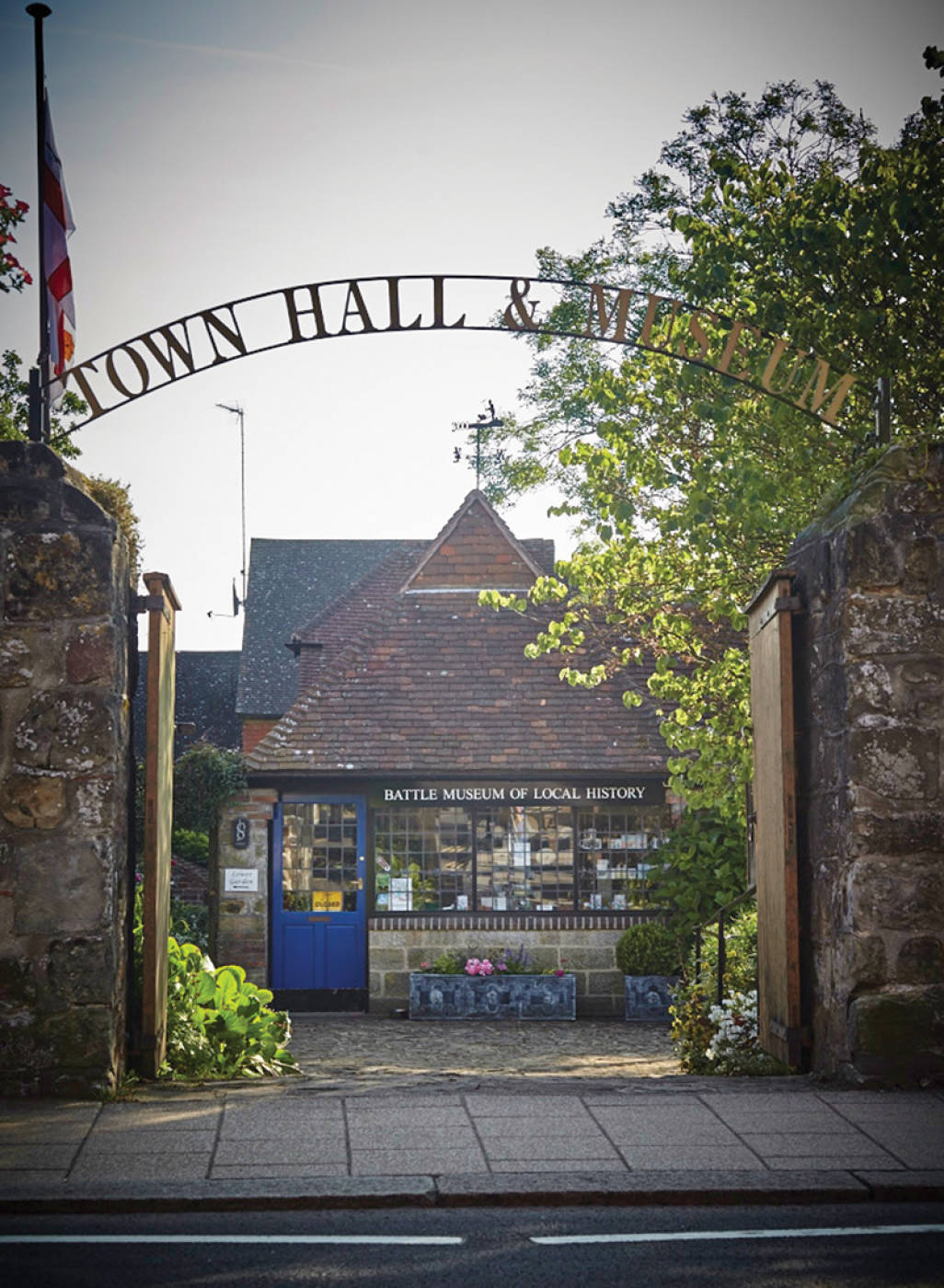 Bishop Odo of Bayeux, half-brother of William I is thought to be most likely as the commissioner of the Bayeux Tapestry in the 1070’s, however, other authors suggest, among others, William’s Queen Matilda or even Harold’s wife Edith as the originator. Which therefore begs the question, what was the motivation behind its production?

Author T. Heslop (2009) gives a description of Odo by a younger contemporary;

He was high minded, yet occupied with the world’s trivialities, ​‘sometimes the spirit triumphed in him to good ends’ but on others the flesh overcame the spirit with evil consequences… while ambitious for power himself, he was a man of contradictions…keen to create the world to his own liking…he often made the wrong call…

The period when the tapestry was made also falls into the Middle Byzantine period. Art and architecture flourished during this period, in line with the empire’s growing wealth and broad base of affluent patrons. Manuscript was at its highest production point, as were works in cloisonné enamel and stone and ivory carving. An intensified revival of interest in classical art forms and ancient literature reflected Byzantium’s continuous and active engagement with its ancient past.
Speculation also exists around its production location. Some suggest Bayeux, others Kent, England.

See: ​“The authority of the Tapestry” by Edward Augustus Freeman for further speculative theory on its production.

The tapestry is over 70 metres long (230ft) and although it is called a tapestry it is actually embroidered, stitched not woven in woollen yarns onto linen.

Animals appear prolifically throughout the whole body of the work, with Aesop and Phaedrus fables depicted in the border – invoking a frieze like format historically used by the Romans to denote an epic tale. 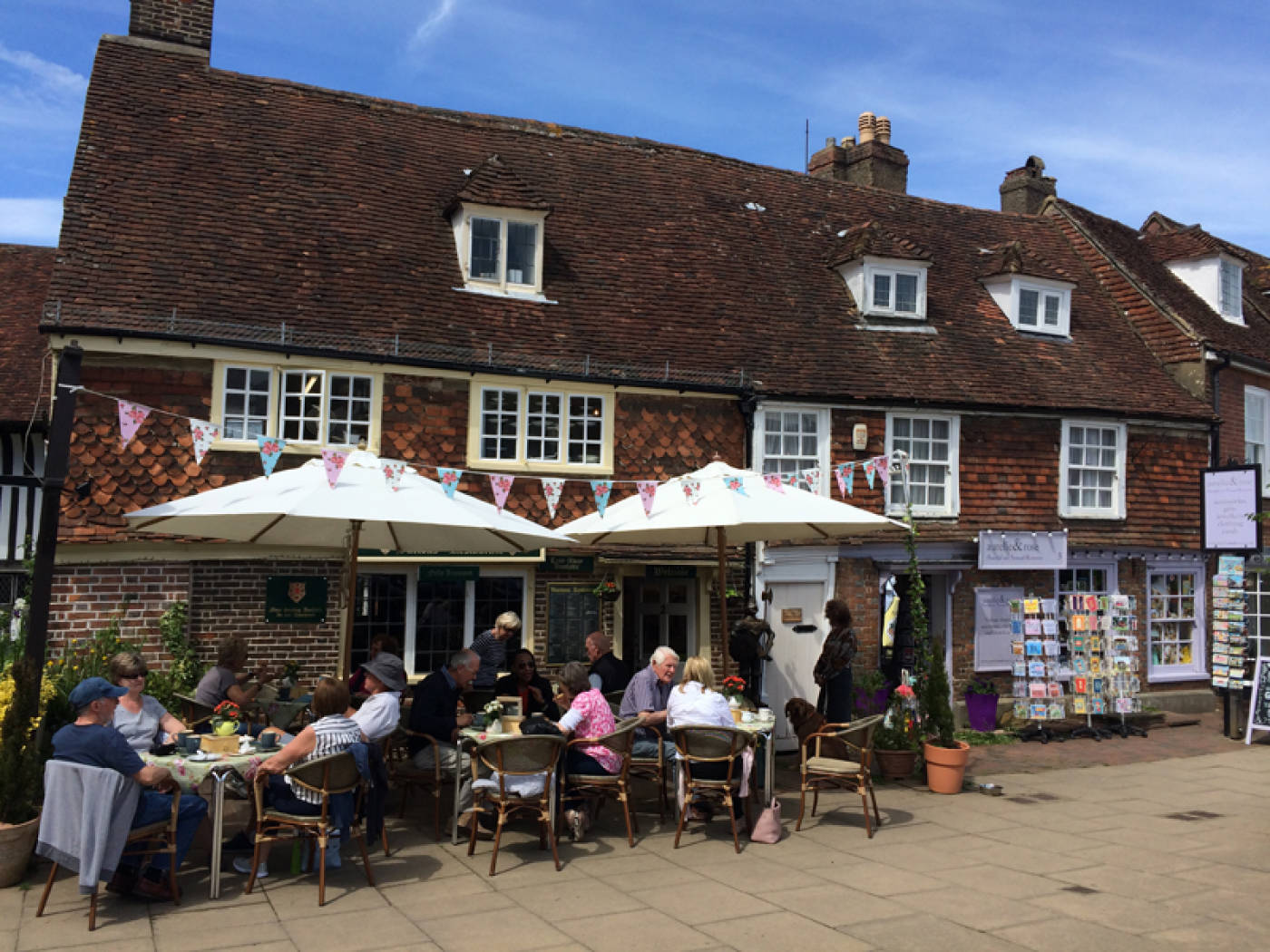 There are approx 623 people in tapestry, including Edward the Confessor, Brother of Harold, a figure thought to be Edith, Edward’s wife, William and Harold, Odo Williams Brother, the Archbishop of Canterbury and over 750 animals.

A community tapestry based on the original Bayeux Tapestry was undertaken by Tina Greene to commemorate the 950th Anniversary of the Battle of Hastings. This shows the history of Battle from 1066 until 1115 and can currently be viewed in St. Marys Church, Battle.

With grateful thanks to the Battle and District Historical Society (BDHS) for fact checking and verification: http://​www​.bat​tle​his​to​ry​.btck​.co​.uk. The BDHS has over 200 members and takes an active part in the general activities of Battle and district. It also has close ties to and common origins with the Battle Museum of Local History:
www​.bat​tle​lo​cal​his​to​ry​.com/​b​a​t​t​l​e​-​m​u​s​e​u​m​.html 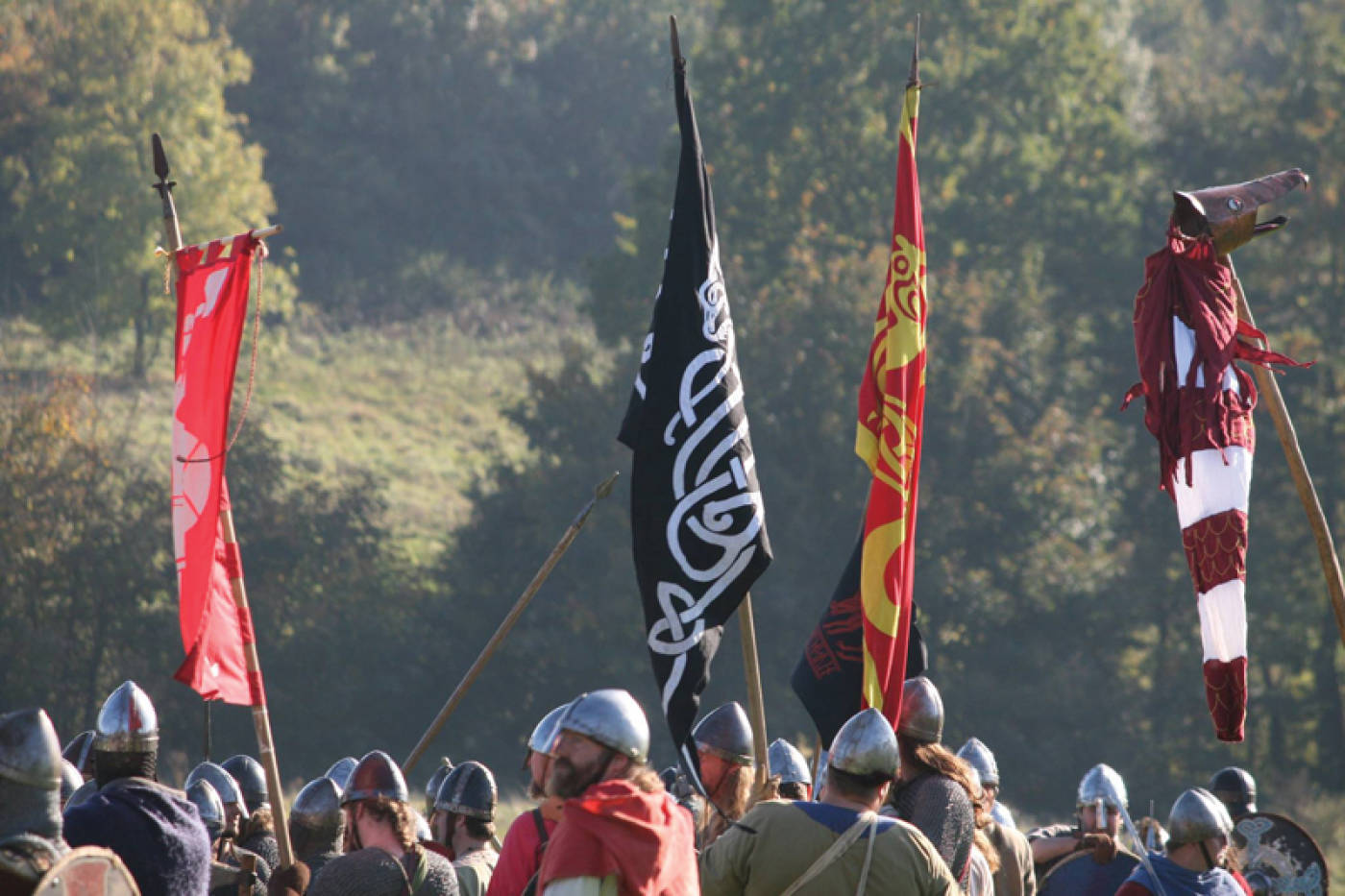