In the future, everyone will be famous for 15 minutes – Andy Warhol

Pop art emerged as a distinct art movement in the mid to late 1950s. It challenged the traditional elitist concepts and values of fine art, by including imagery from popular culture, such as advertising, news, etc.

Product labeling and logos also figured prominently in the imagery chosen by pop artists. For example, Campbell’s Soup Can labels and shipping box’s containing retail items, were both depicted by Warhol within his artwork.

Sir Eduardo Luigi Paolozzi KBE RA (7 March 1924 – 22 April 2005) is considered the initial standard bearer of ​“pop art” and the first artist to display the word ​“pop” in one of his works.

Notable works by Paolozzi include the cover of Paul McCartney’s album Red Rose Speedway and his colourful mosaics, which still feature in several London underground stations, including Tottenham Court Road, despite recent threats posed to them by redevelopment and station updating.

Work by Paolozzi can now also be seen on ​‘The Line’; a brand new art walk launched in May linking the O2 and the Queen Elizabeth Olympic Park in London.
You can join ​‘The Line’ at any point along the route and explore three miles of waterways. The Royal Docks and the O2 are linked by the Emirates Air Line, which offers extraordinary views of the city.

Read more about ​‘The Line’ in FADmag​a​zine​.com

Contemporary artists have continued to manipulate and evolve the pop art genre, giving us their own unique take on popular culture as it prevails today.
One such well known pop artist is Deborah Azzopardi. Deborah shot to fame when her images were reproduced in their masses for IKEA.

Paul says of his work:
​“As most artists do at some point in their careers, I’ve experimented with many styles and techniques. There are elements of abstract expressionism and surrealism in some of my paintings. Others show clear relationships with the dada movement.

When I look at the work of pop artists such as Richard Hamilton, Claes Oldenberg or Jasper Johns, I am immediately aware of the ghosts of Kurt Schwitters and Marcel Duchamp. It is their use of ready made objects and graphic design which became the catalyst for Pop’s post modernist iconography.

Despite various experiments in the look and feel of my paintings, the overwhelming theme is the fetishisation of everyday objects, which comes directly from Pop Art. 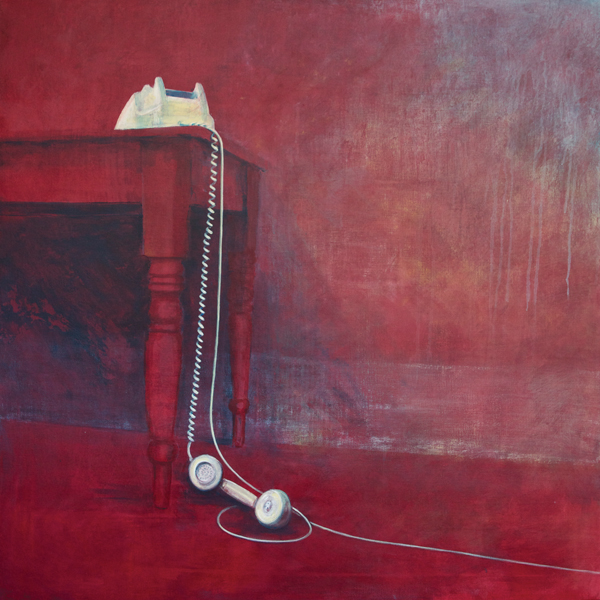 To take an object and paint it, is simply ​‘still life’, but, to make an object the star of the show is Pop. Pop Art today is still going strong with the work of Jeff Koons and Takashi Murakami as forerunners in the field, bringing a modern take and stretching the possibilities of post modernism. For me it has become most important to try and find my own take on Pop. I like to bring an element of nostalgia and surrealism in to play. Working with wooden chairs, dial phones and cassettes, I like to mix these objects with fairytales and superstitions, to mix in a form of modern day symbolism.

I am currently working with gossip magazines to create collages. The garish colour palettes used in these magazines and their obsession with celebrity is bringing me even closer to Pop Art.” 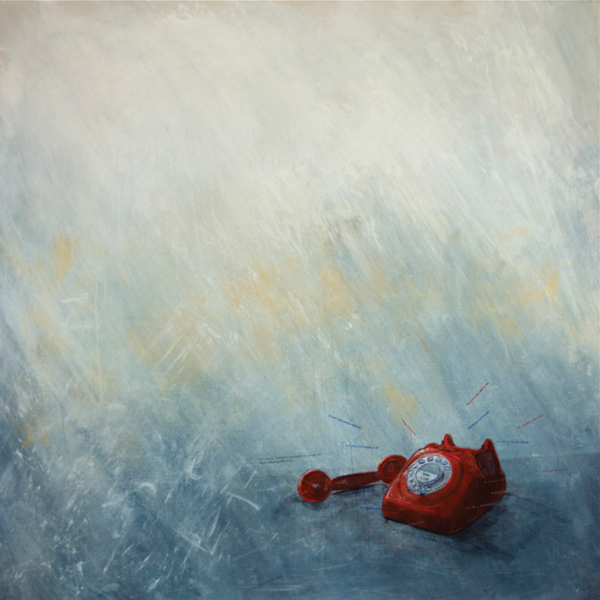 Talk to me by Paul O’Brien

“Talk to me contains the lyrics to the song of the same name by Joni Mitchell. It was part of a series of paintings containing song lyrics. Music can be a great inspiration for artists. The lyrics of ​‘Talk to me’ worked perfectly for this painting, as Joni is trying to coax a conversation from her man. This, coupled with the dial phone, is a subtle protest against the modern communication of texting and the blaring sound bite interaction of social media. In this regard all nostalgia is paradoxically a protest against the present.

Paul’s artwork can be viewed and purchased from Pure Fine Art.

About Deborah Azzopardi
Deborah Azzopardi has been producing her distinctive, playful images for over 25 years. She is determined to enjoy life to the fullest, to express herself creatively, whether or not her work is commercially viable. Essential to her success is painting things that make her happy. As a result, her images are inviting, colourful, and honest. She breaks her subjects down into vibrant segments, into moments we have all experienced, which she then captures forever in paint.

The respect she has gained in publishing reflects the honesty and innocence of her intentions. The viewer is allowed to ponder, without preconceptions, the moments she represents. Her paintings and Limited Editions celebrate the comedy of turbulent relationships, seductions, the fantasies and worries of us all. 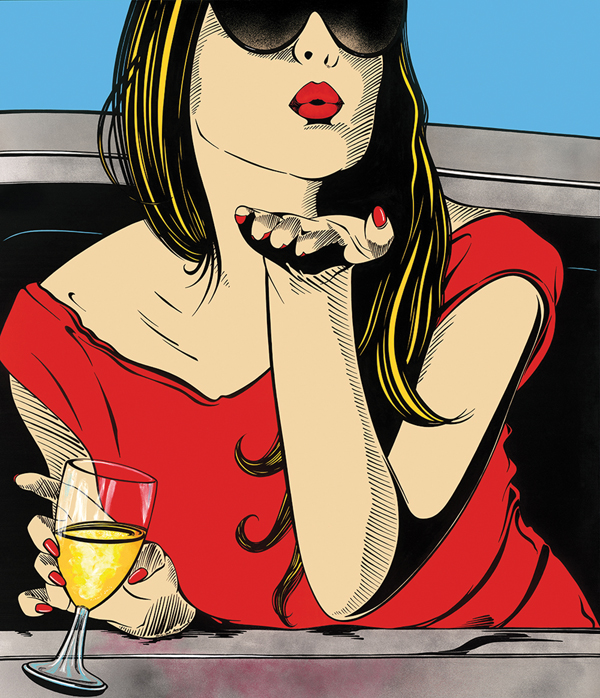 The Great Escape by Deborah Azzopardi

Deborah had her first UK solo exhibition of originals and limited editions on Cork Street, London in March 2014 and also launched her debut book, ​‘Sshh…’.

‘Sshh…’ showcases her work over the previous 10 years and features more than 100 images and a foreword by art critic, Estelle Lovatt FRSA (Fellow of the Royal Society of Arts)

Deborah’s artwork can be viewed and purchased online at www​.deb​o​ra​haz​zopar​di​.co​.uk or from her London Gallery, Cynthia Corbett Gallery.
www​.the​cyn​thi​acor​bettgallery​.com