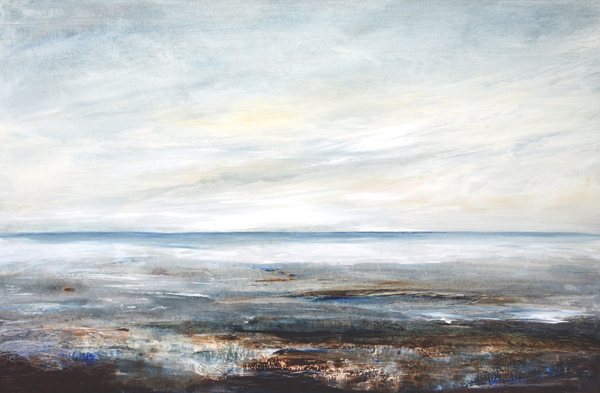 Articulate – Oh we do like to be beside the seaside!

The sea and seaside has emerged as a major exhibition theme this spring and galleries right along the south coast are pushing the boat out!

Artists have been painting the sea and seascapes for centuries.

Ships and boats have always been key subjects for artists, but marine/maritime art only really became a distinct genre towards the end of the middle ages. At this time it mostly took the form of the ​“ship portrait”; a painting of a single vessel.

As landscape art emerged during the Renaissance, the marine landscape also became a more important element in works, but pure seascapes were rare until much later.

Marine painting was a major genre during the Dutch golden Age, reflecting the importance of overseas trade and naval power to the Dutch. But, it wasn’t until the romantic period of the 1800’s, that marine painting really rejoined mainstream art.

J.M.W. Turner (baptised 14 May 1775 – 19 December 1851) was a major artist of this period and for him painting the sea was a lifelong obsession.
Best known as an English romantic painter, water colourist and printmaker, he is commonly known as ​“the painter of light”.

Contemporary artists have embraced the ​‘marine’ genre, however, the parameters of the definition have broadened considerably and it is now commonly accepted that the term describes any form of art that retains references to the sea, including the figurative and abstract.

One such southeast based artist working in this genre is Leila Godden. Leila is Chairman of the Chalk Gallery, Lewes and an associate member of the United Society of Artists.

What Leila says about her artwork:
​“My source of inspiration is my connection with the sea. The vast panorama of changing light, dramatic weather and powerful water, framed by rocks solid with history, yet transient with time and the rhythm of the earth. The minutiae of rock pools juxtaposed against the expansive sweep of sea and sky. Here, I feel a completeness incorporating time and space, stillness and movement. This is the strata of childhood memory laid down in me.

My paintings seek to recreate this connection, by distilling something essential about what it is to be part of this ever changing, ever the same, timeless phenomenon.”

Hastings Museum and Art Gallery, Hastings
All at Sea
10 Jan 2015 – 03 Jan 2016
An exhibition based on the themes of marine vessels and Sussex coastal scenes. 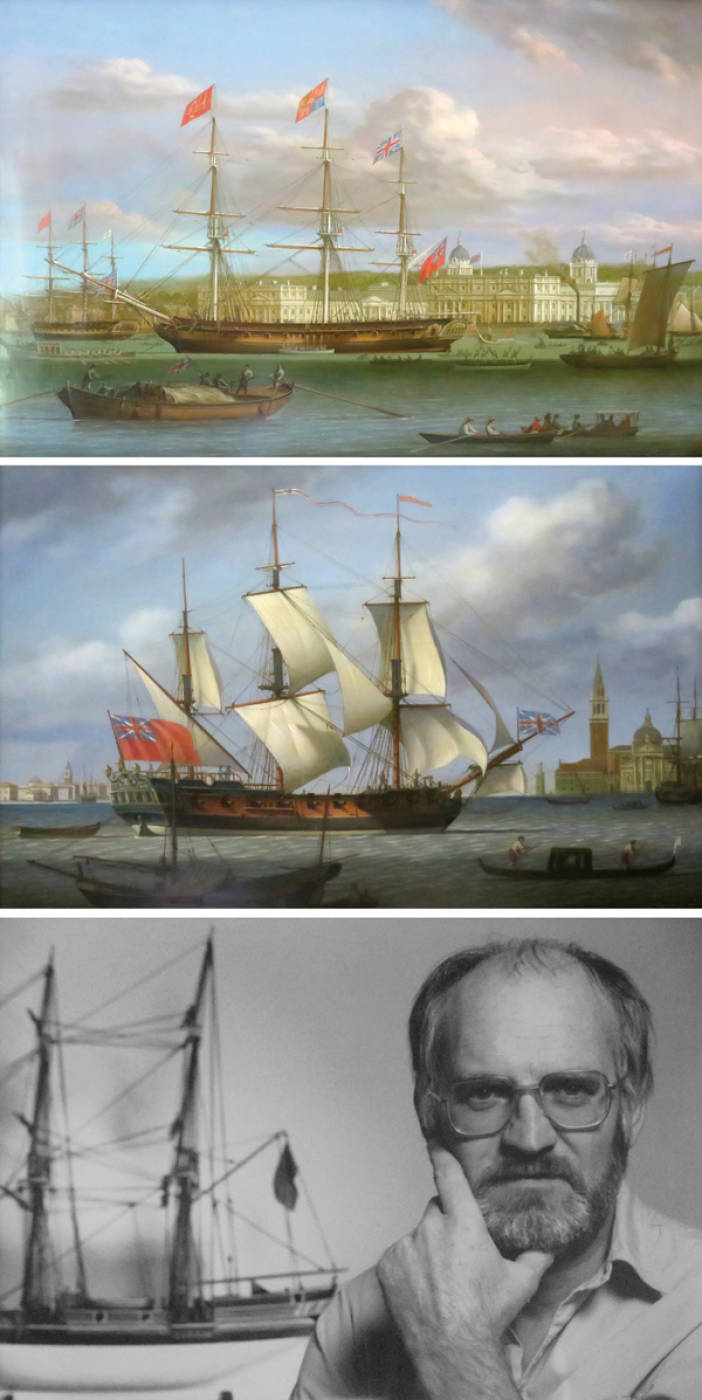 The Paintings of Louis Dodd are brought together for the first time, alongside archive material, ships’ plans and models.

Born in 1943 during an air raid, Dodd was educated at the newly opened Grove School, Hastings followed by the Hastings School of Art and Goldsmiths College.

This exhibition shows a lifetimes work; historical and topographical subject matter together with dedicated research and knowledge.
Images supplied courtesy of the Dodd family estate.
www​.hmag​.org​.uk

A Rye View brings together a group of his watercolours depicting the East Sussex coastal towns of Hastings and Rye.

The works in this two – room exhibition, span Burra’s career: he was 22 years old when he painted The View from Springfield (1927) from his family home and was nearing the end of his life when he completed the vibrant, large – scale Hastings Pub (1971).

One of the highlights of the exhibition is The Harbour, Hastings (1947), which depicts Hastings’ lively fishing industry where fishermen go about their daily routine.
www​.jer​woodgallery​.org

Towner, Eastbourne
John Virtue: The Sea
17 January – 12 April 2015
Renowned British Painter John Virtue’s The Sea is a spectacular new body of work.
Presenting 12 Canvases, 24 paintings on paper and over 100 Sketchbooks, all executed in the last 3 years.

In a striking departure from the huge paintings of London, which formed the subject matter of his highly acclaimed exhibition at the National Gallery as Associate Artist in 2005, these new paintings take the vast, dark expanse of the North Sea as a central theme.
www​.town​er​.org