Based on new research and telling a story that has never been told before, a brand new exhibition focusing on the artist and designer Eric Ravilious (1903−1942) is now open at Eastbourne’s Towner Art Gallery. Ravilious & Co: The Pattern of Friendship coincides with the 75th anniversary of the artist’s untimely death when his plane disappeared off the coast of Iceland during the Second World War. It explores the significant relationships and working collaborations between Ravilious and an important group of friends and affiliates, including Paul and John Nash, Enid Marx, Barnett Freedman, Tirzah Garwood, Edward Bawden, Thomas Hennell, Douglas Percy Bliss, Peggy Angus, Helen Binyon, and Diana Low, and looks at their impact on English art and design in the 1920s and 30s. 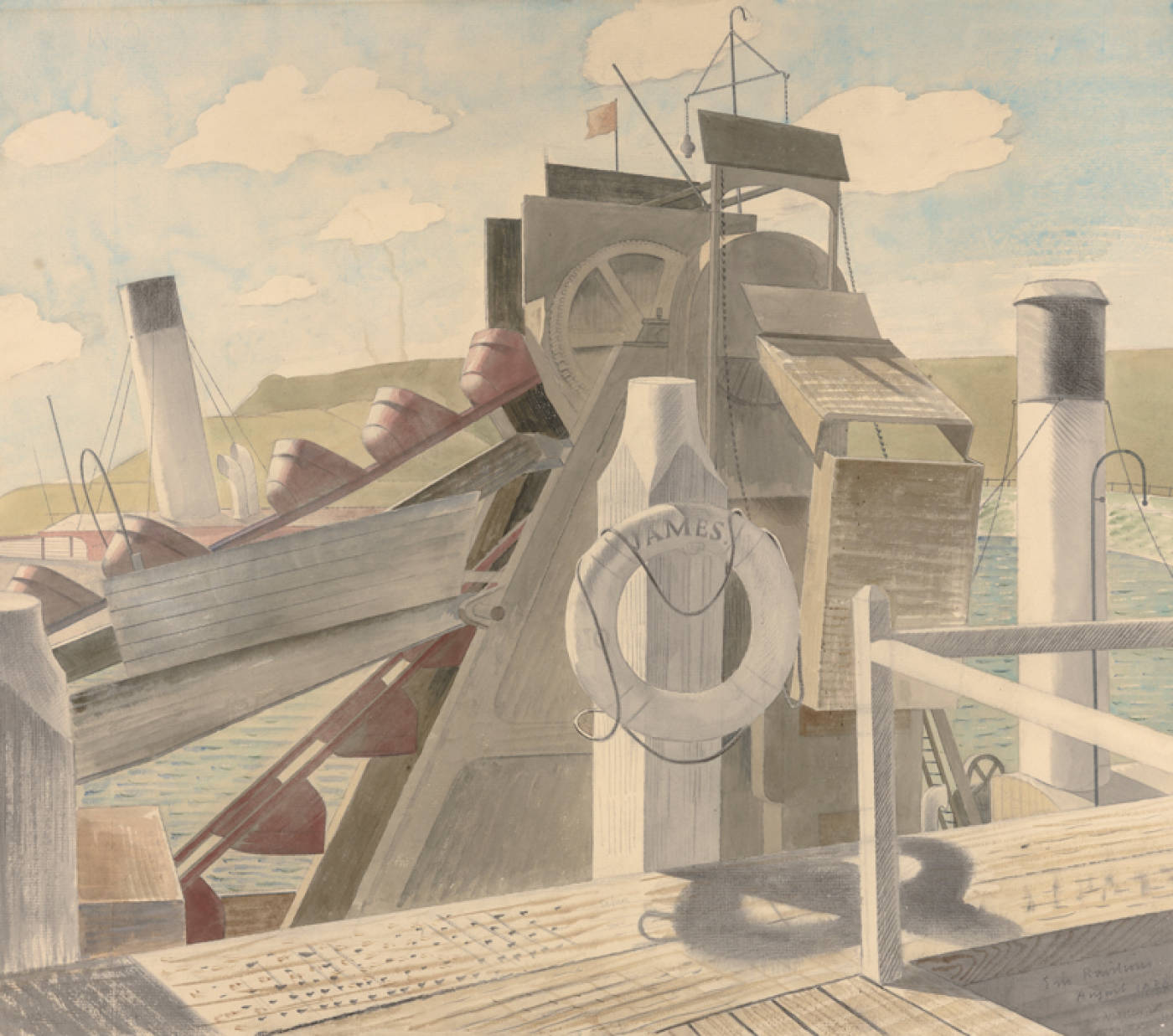 Eric Ravilious, The James and the Foremost Prince, 1934.

The exhibition will include many of Ravilious’ key works shown alongside both well-known and less seen works by his contemporaries, including work by each artist that has never before been exhibited publicly. With more than 500 items on display, the exhibition represents the wide range of media in which this diverse and talented group of artists worked, from watercolours to woodcuts, lithographic prints, book jackets and illustrations, patterned papers, and wallpaper and fabric design.

The narrative of the exhibition focuses chronologically on key moments when the work and careers of the artists coincided, overlapped or was particularly pertinent to the others, such as their time at the Royal College of Art, the 1927 St George’s exhibition, their various roles in the Second World War and of course their time spent at Furlongs and Newhaven in Sussex.

There is a fantastic opportunity for art fans to explore Ravilious’ Sussex in more depth by joining one of the gallery’s exclusive ​‘Footsteps of Ravilious’ guided walks. The walks are led by Andy Friend, curator of the Ravilious & Co. exhibition and author of its accompanying book, who has spent more than ten years painstakingly researching this fascinating artist’s life, work and his relationship with the places that he painted. These exclusive small group events involve a full day of discussion and exploration of the countryside between Eastbourne and Lewes, visiting many of the places that are key to an understanding of Ravilious’ art. Participants will receive a bespoke publication featuring 24 key Ravilious images painted in the locations explored during the day. 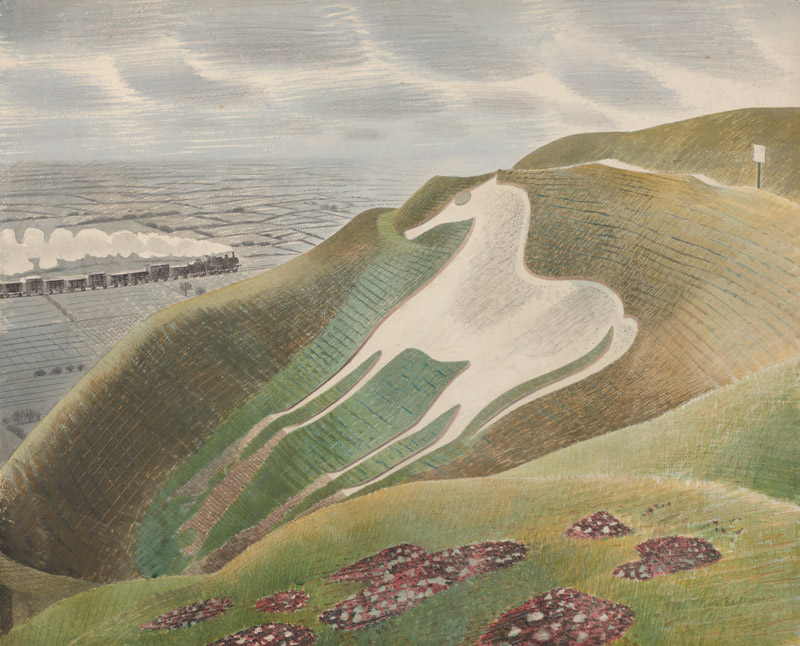 After an introductory talk at the gallery, participants will travel by coach on a fascinating tour taking in iconic locations such as Cuckmere Haven and Belle Tout and stopping and exploring key Ravilious hotspots including East Dean and Newhaven Harbour. The group will then enjoy a beautiful 3.5 mile country walk taking in Southease and Peggy Angus’s home Furlongs, the scene of many of Ravilious’ most beautiful and best known watercolours. After lunch at Firle, participants will return to Towner and enjoy exclusive late access to the exhibition which will be a fantastic opportunity to enjoy the exhibition at their leisure outside of the busy public opening hours.

Ravilious & Co: The Pattern of Friendship runs at Towner Art Gallery until 17th September.
Tickets cost £8/£7 for concessions. Entry to the exhibition is free for under 18s and Towner Members.