A new gallery on the scene, newartgallery opened its first exhibition last month which will run until the end of February

David Apps is an artist that has covered many aspects of art from drumming in a band, filming, painting and sculpture. His new phase is to take an antique mirror, covering the frame with objects collected from charity shops, car boot sales and what his friends give him. This is then painted in a golden bronze colour. Dave then prepares a painting, usually portraying a theme, that is then placed behind the mirror with the surface scraped away, revealing the painting by looking in the mirror! This is a unique and unusual means of producing a work of art. 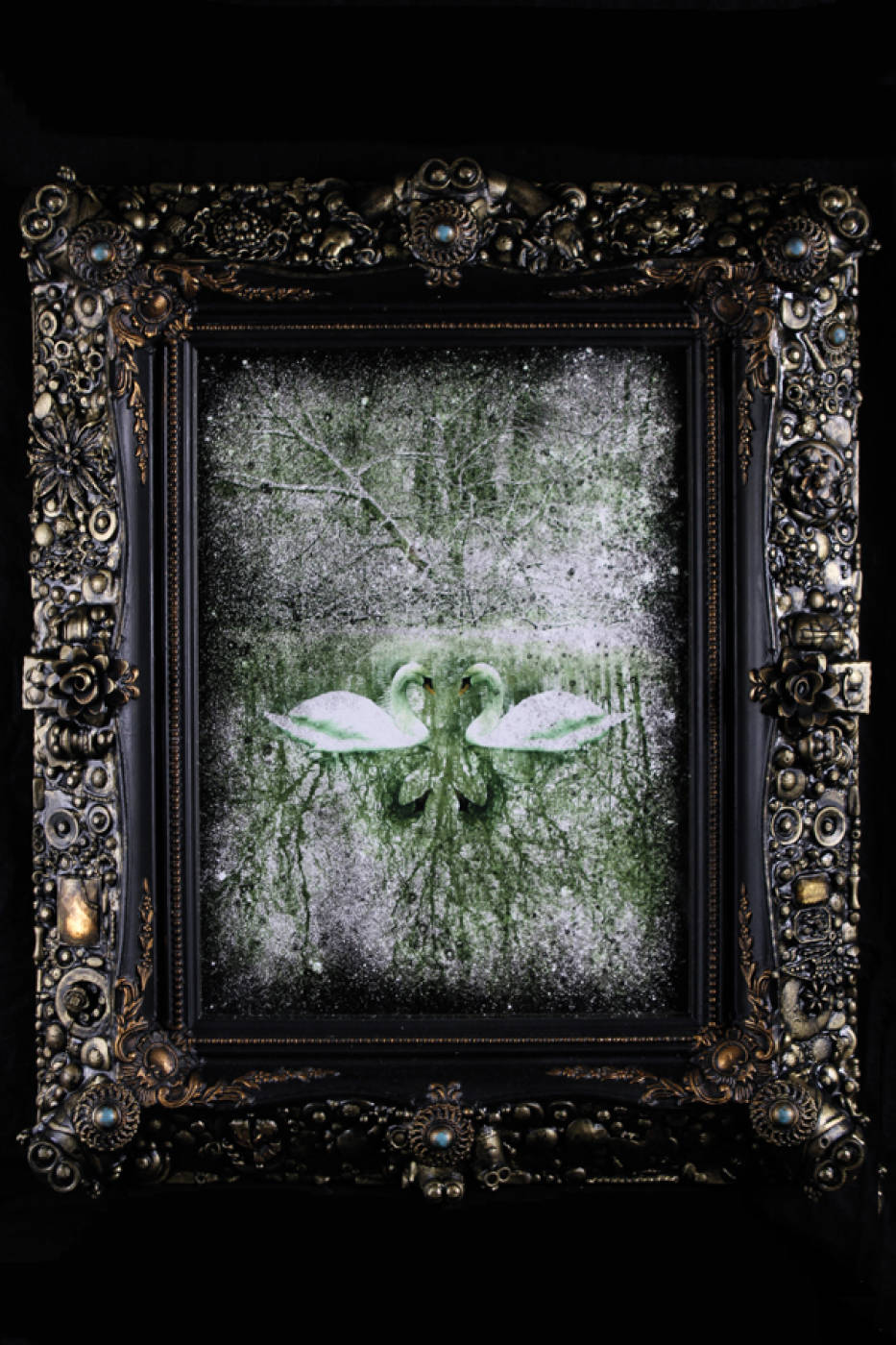 Born in London, April 1964. David grew up in Thames Estuary Essex. By the time he had reached his teens, the Sex Pistols DIY artwork of Jamie Reid had captured his imagination and became a massive influence in his life. David later moved to East London and took up photography. Taking thousands of photographs David has continued to develop an eye to capture anything and anyone he takes a photo of in his own unique thought-provoking way. 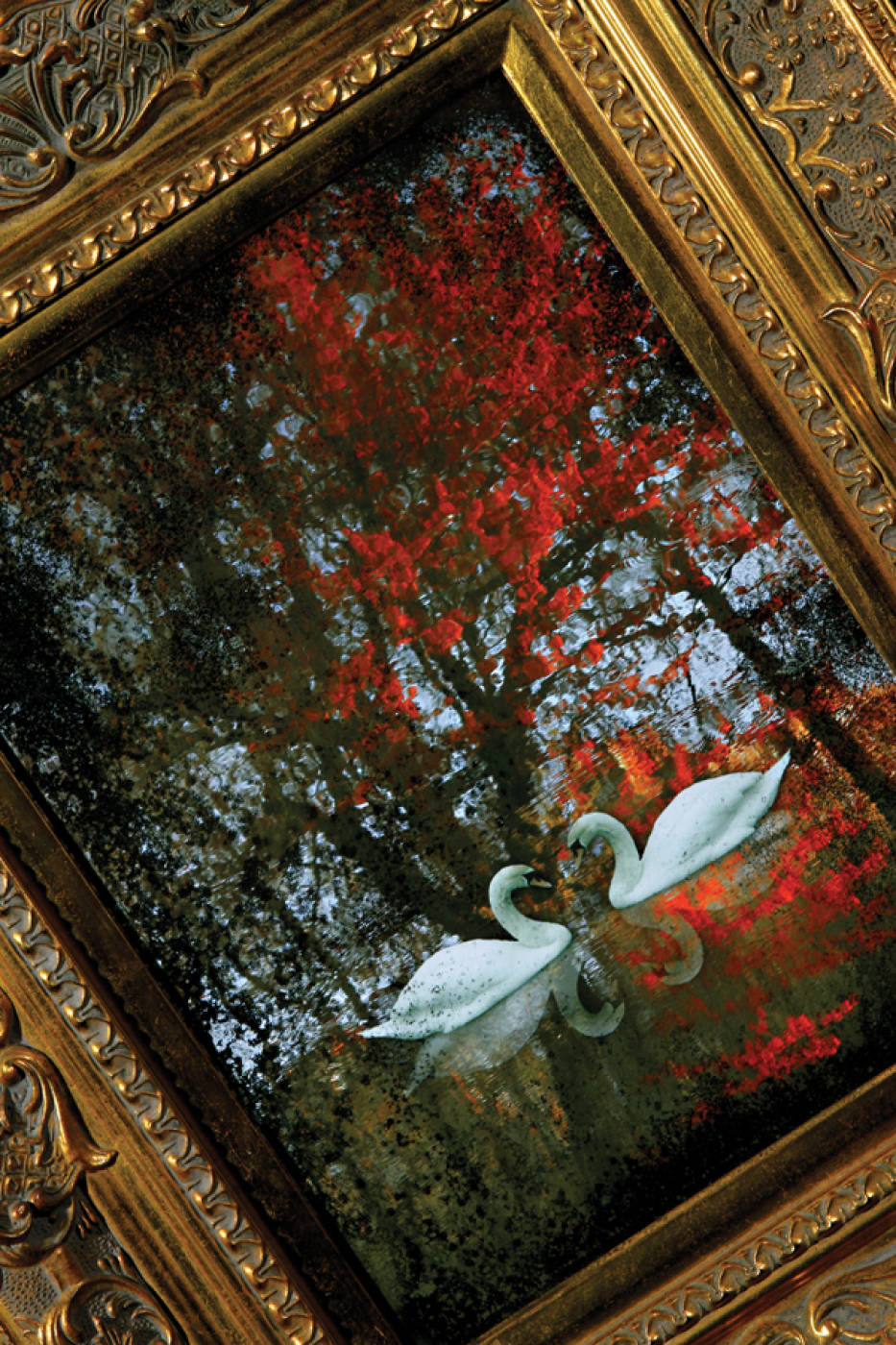 In a life dominated with subversion his work is dark, angelic, evocative, kitsch, very vibrant, very British and very ​‘now’ you cannot glance at David’s designs without wanting to look again. Exhibitions: From Newcastle, London, Brighton, Cambridge and Berlin. David has staged six exhibitions a year over the past five years. And has recently had a documentary made about his life and artwork. This will be out at some point in the near future. 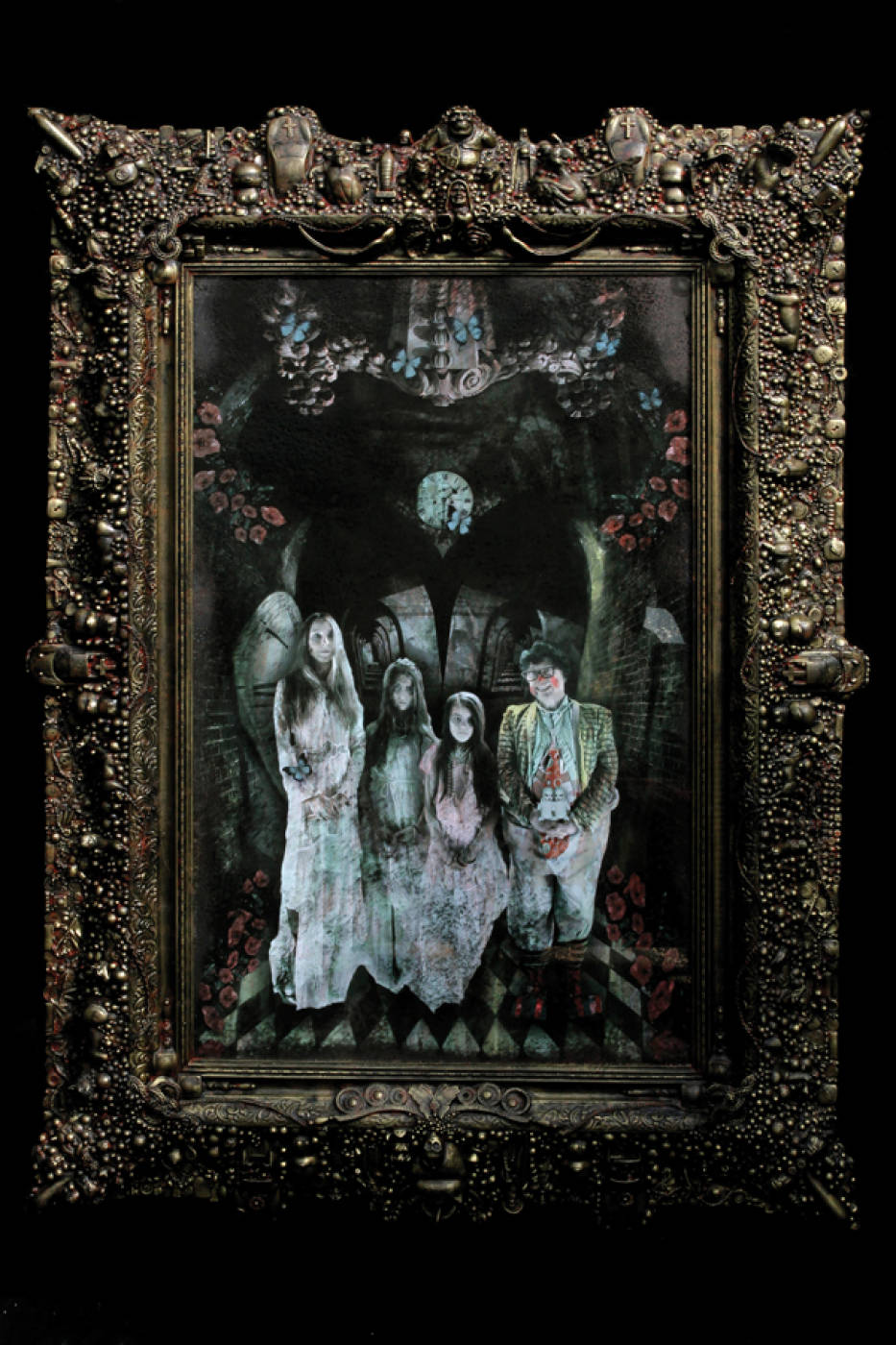 Inspired by the South East coast, David left East London behind and moved to the vibrant City of Brighton in April 2014 where he has staged five successful exhibitions over three years. In October 2016 David moved again, this time to the beautiful village of Alfriston in East Sussex. Once again David’s artwork is changing because of the influence of the surrounding countryside, mixed with his love of Tim Burton. David’s work is attractive and affordable; he is a charismatic character who draws attention from all he meets. David and his work never go unnoticed! 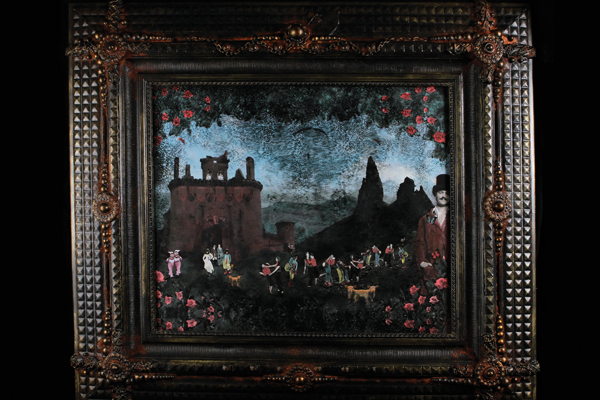 The gallery is in an interesting setting in the old village of Alfriston. First built as a coach house back in the early 1800’s it has a very high ceiling to showcase an eclectic collection of work. 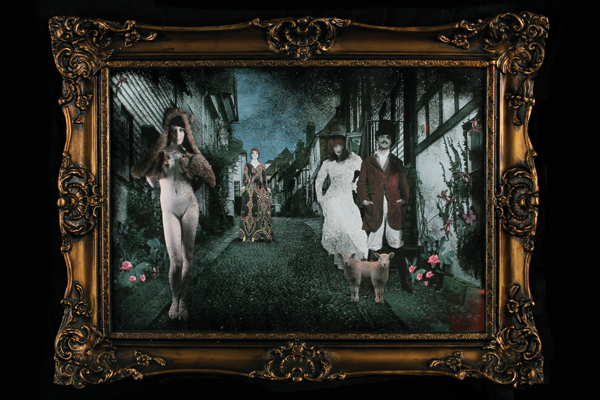 There are a mixture of artists from Essex, where the proprietor ran a gallery for nine years. There are also local artists exhibiting that David has gathered by visiting the numerous art fairs and trails 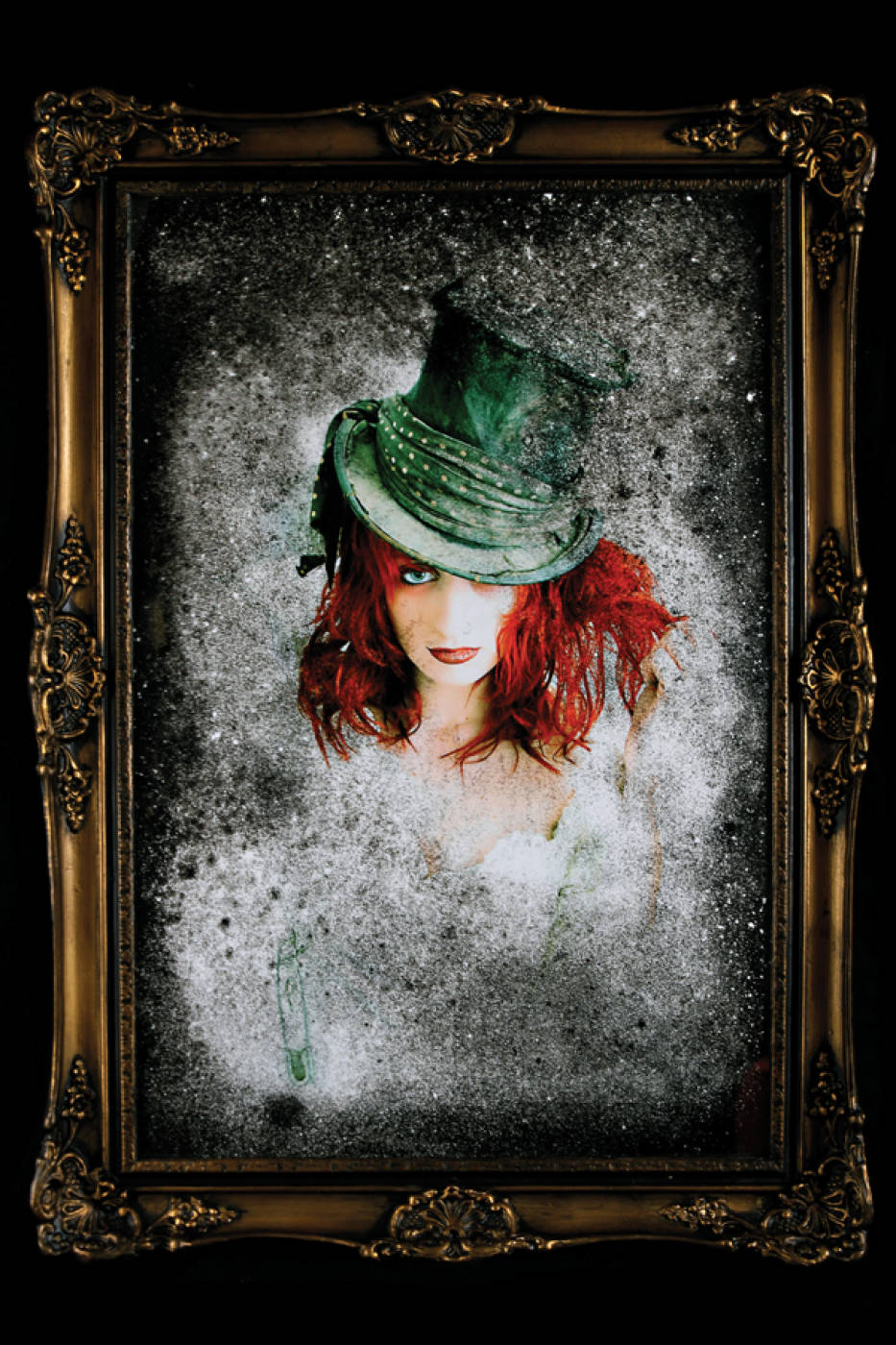 The intention is to run more exhibitions including an artist that paints jazz musician as they play without any pre drawings or marks.

This is certainly a gallery worth spending some time to visit.

The gallery is open on Thursday, Friday, Saturday and Sunday, from 11 until 5 on all days..