Powerful Tides: 400 Years of Chatham and the Sea is not only a celebration of the artists inspired by The Dockyard and the ships that were built there, but also links The Dockyard back to the waterways and the sea to which it was once intrinsically connected.

The exhibition reflects how Chatham impacted on key artists between the 18th and 20th centuries – names such as John Constable, J.M.W Turner, William Wyllie,Norman Wilkinson and Eric Ravilious – inspired by the engineering wonders created at the Royal Dockyard at Chatham.
The historical works show a transition of styles from the romanticism of shipbuilding,including the actions fought by Chatham built ships in the 18th Century, to the colder industrial perspective of the mid-twentieth Century; where submarines and cranes replaced wooden warships with their towering masts.

The contemporary works included in the exhibition provide a link to the present –how the River Medway, Thames Estuary and the North Sea – all important route ways to the dockyard in its past, still inspire artists today. Nadav Kander’s reflections on the River Medway and the Thames Estuary, Christiane Baumgartner’s photogravures of the Medway’s banks and river; Catherine Yass’ lightbox of the Thames at low tide and Nikolaj Larsen’s extended film portrait of the Thames reflect visually on the river, its banks, bridges and its constantly changing surface. Some artists such as Langlands and Bell’s new work explore the play on words of names of Chatham built ships and the world’s waterways, others such Yinka Shonibare MBE (RA) with his Nelson’s Ship in Bottle refer both to British colonialism and its expansion in trade and Empire, made possible through the freedom of the seas and new trade routes, which contrasts with J.M.W Turners The ​‘Victory’ Coming up the Channel with the Body of Nelson’.
Richard Wilson’s Ships Opera with its references to sail, steam and diesel and Layla Curtis’ maps of the journey of messages in bottles refers to time and tide, while Tracey Emin’s neon enigmatically glows in the space. Maps and historic models of lightships contrast with Chris Orr’s contemporary engraving and Steffi Klenz’ installation of images of the glowing refracted glass from lighthouse lamps. Anselm Kiefer’s photographs of the sea over laid with drawings of mathematical formulae extends our view of the flow of the river and the sea to the realms of measurement. 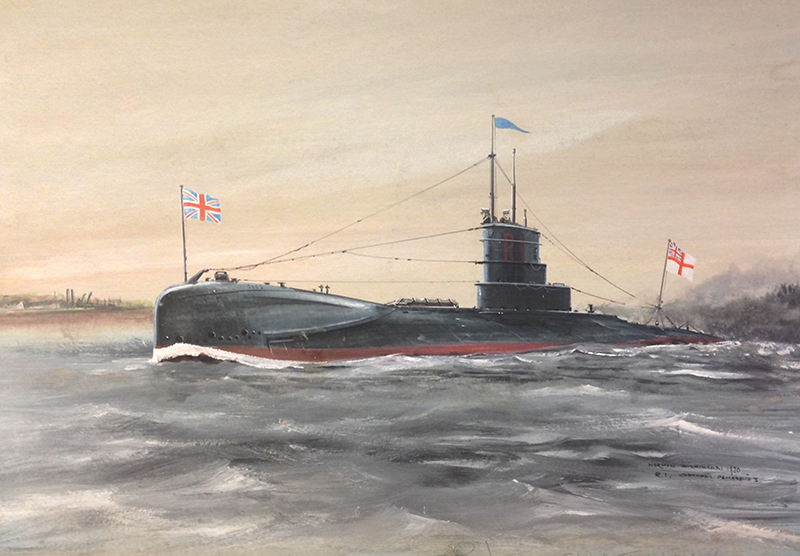 The Historic Dockyard Chatham is a commanding site of history. The exhibition, Powerful Tides: 400 Years of Chatham and the Sea both celebrates The Dockyard, the site’s history and also makes us think of the tidal waterways and seas that the ships and submarines moved over and under.