Chris’s large, incredibly detailed, pen and ink drawings focus your attention on the interaction of man and the subject he’s drawing, along with hidden narratives behind the objects that have inspired him to draw them. 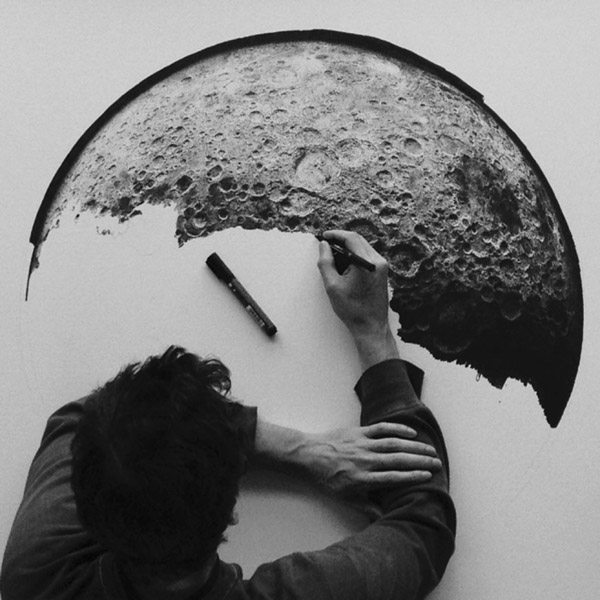 “Using black pen and ink stems from many years working in the design industry using Rotring technical pens, which became redundant when computers took over the design world. It seemed right to rekindle my interest in drawing using something so familiar”.

Influenced by early renaissance masters, from Leonardo to van Eyck and taking inspiration from modern day photo-realists, such as Joel Rea and Emanuele Dascanio, Chris’s large, incredibly detailed, pen and ink drawings focus your attention on the interaction between man and his subject, together with the hidden narrative that has provided inspiration and motivation. 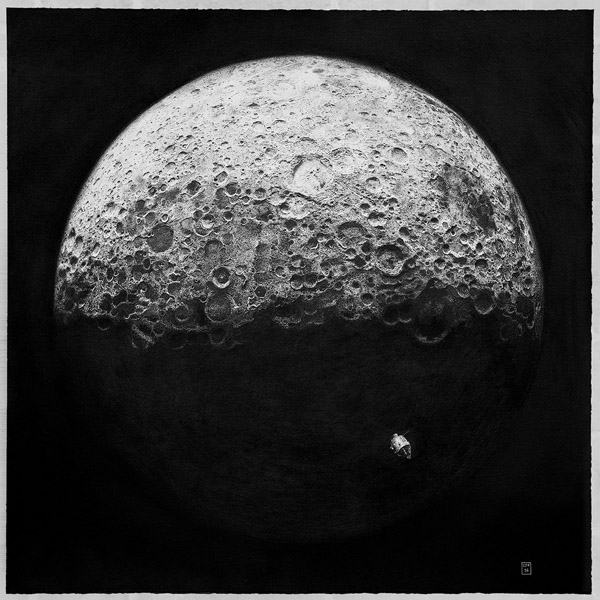 “Dark Side of the Moon is a homage to the NASA Apollo missions, possibly our most epic achievement and it captures a moment of tranquility and utter solitude, as a human being passes into radio silence behind the moon, alone in the blackness of space, over 238,855 miles from home. Although the view would have been jaw-dropping, the irony of the title being the same as that of Pink Floyd’s album hasn’t passed me by and the recent revelation that Apollo 10 astronauts reported hearing a kind of ​“music” on the dark side, all add extra dimension to the image”.