The possibility of artificial intelligence taking over the workplace in the not-so-distant future is a genuine and legitimate worry to employees, who may fear that advanced digital technology could make their positions in the workplace superfluous. The realistic fear is that a robot could outthink and outperform a human being well enough to make the human redundant on a massive scale and that the future survival of human beings in the workplace would then be at risk. 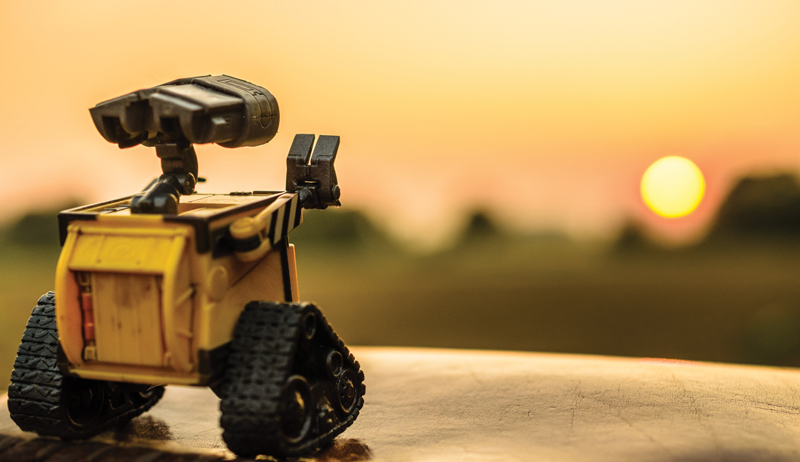 While AI could very well be the next big thing, it would seem irrational to jump straight to the Terminator scenario where advanced robots eventually wage war on mankind because they have suddenly developed the ability to think and feel for themselves. So, is this a possible scenario or not?

AI is born
Artificial intelligence was a phrase coined in the 1950’s to describe the theory of creating an artificial brain. When you think about it though, the phrase can sound far more sinister than the actual developments it represents. The meaning of the word ​‘intelligence’ covers a whole spectrum of abilities, including reasoning, understanding, perception and feelings. And seeing as these abilities are all based on the human experience and moral code that we were born with, it is hard to see how a digital machine could become ​‘fully human’. Able to mimic and copy, sure. But to operate on a par with a human brain and all that it entails? It doesn’t seem realistic.

Passing the Turing Test
The Turing Test, named after the gifted mathematician and computer scientist Alan Turing, involves a human person being unable to tell the difference between a computer and a human by judging the answers both give to a set of identical questions. Genuine AI is deemed to have been achieved when a computer can learn and exhibit human qualities to such a degree that it becomes indistinguishable from an actual human. If you consider what it really means to be human then it is hard to see that point ever being passed to the level of an Isaac Asimov novel.

That said, AI development is advancing at an astonishing rate, and it is clearly becoming a global race between the world’s superpowers. The USA, China and Russia are the frontrunners, although to what end purpose is anybody’s guess. Presumably, it is just another version of the Cold War where defence systems can predict threats quicker and more accurately than the other person and war could be waged more efficiently than ever before. The aims of warfare have not ever changed in human history, so it is safe to say that they won’t now. 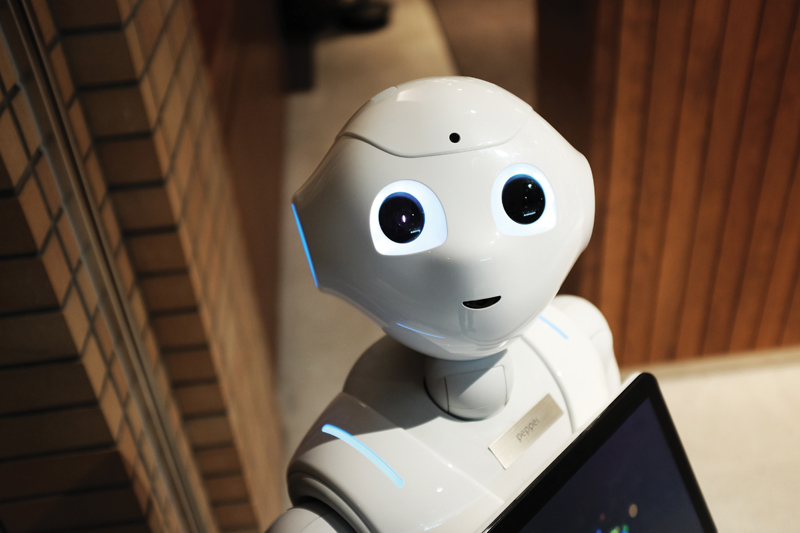 AI at work
Deep learning systems are able to ​‘train’ themselves from masses of data, and the results are truly staggering. Google Translate is a good example of a system being able to ​‘learn’ a vast number of languages and be able to translate from any language learned to another in real time. This is highly useful, time saving and amazing in itself, but can a computer really be taught a moral system? And in that case, who’s moral system exactly will it be learning? A Christian, Western one? A left wing or right wing one? You have endless possibilities. This highlights the point that a computer could be taught to simulate thinking in one job description very successfully, but to think about several different and unrelated issues, such as sexism in the workplace, fair or unfair dismissals or judging a person for promotion – surely this involves the empathy that only a human could exhibit?

The fact that AI will replace many jobs is inevitable but it hardly seems believable to think that decisions involving human judgement can be successfully completed based on algorithms and databases. Digital media killed off most forms of analogue entertainment but gave rise to streaming services. The home entertainment industry was not killed off by digital technology but given a new breath of life. So it must be considered feasible that the same will happen again if we have huge advances in AI.

New tech, new opportunities
The future is indeed exciting, and the advances in artificial intelligence and the new opportunities that AI will no doubt bring should be welcomed and not feared, in much the same way as the internet. In a BBC conversation with physicist Brian Cox, Google’s Eric Schmidt said that ​‘we are not changing jobs, we are changing tasks,’ and this is worth remembering, especially when you recall the explosion of the internet over the last thirty years. Yes, many job positions and industries became redundant and obsolete, but this is the price of progress. In turn, a multitude of new jobs and industries developed that nobody predicted, such as social media.

So are we heading for a Terminator scenario where the machines take over the world and force humanity into a lesser status, on the same level as animals, before eventually waging war against us? All things considered, those qualities that make us moral, subjective and often irrational creatures is the very thing that cannot be quantified by a database and translated into an accurate algorithm that can produce a realistic outcome on every occasion, without fail. It seems more likely that the more things change, the more things will stay the same.