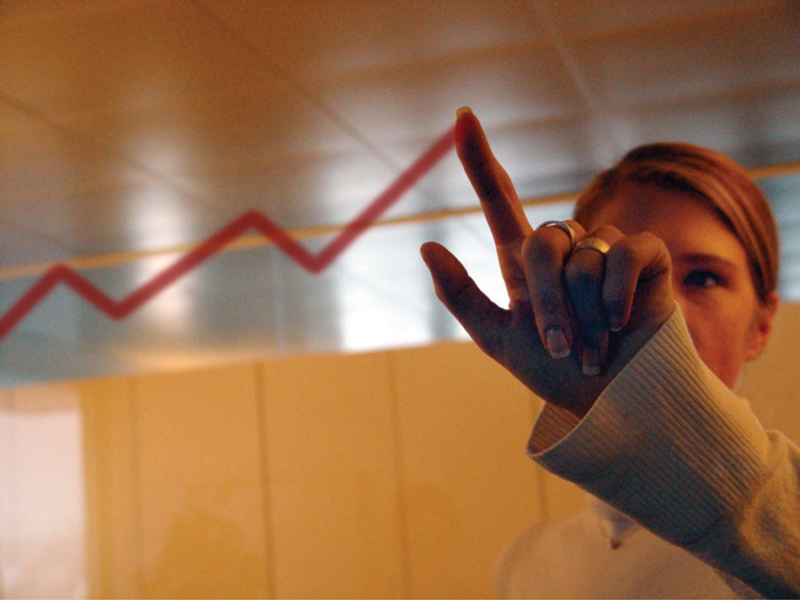 Breaking into the Boardroom

Sexism in the boardroom – what is the issue behind the statistics?
There are dozens of statistics that you can try to interpret in whichever way you like, but when it comes to sexism in the boardroom there is only one figure that stands above the rest: seven. That is how many women are currently in charge of the largest listed companies in the UK. No amount of reasoning can detract from the fact that 93% of FTSE 100 companies are led by men. This is proof enough that sexism is still alive and taking up unnecessary space at the board of directors table in the UK. It seems that, for whatever reasons, there is still a structure and mentality in place that prevents women from becoming too important in the workplace, especially at senior leadership positions.

It is safe to say that most firms these days are not averse to hiring capable women to do challenging and rewarding work. Promotions do not seem a real problem either, but further than this glass ceiling… into the realms of executive directorship? Figures and studies prove that women are not as welcome in the boardroom as men, and certainly not as CEO​’s! Various reports show that only about 20% of UK board positions are filled by women.

Why are large corporations resistant to change?
Could it be that large corporations are so scared of failure that they simply will not ​‘risk’ putting a woman in charge of a multi-million pound global corporation? Male dominated boards may be petrified that a lady will mess things up, or possibly, men are concerned that women will put things right! Either way, UK companies are not producing enough female leaders, and that earlier figure of ​‘seven’ does not look like reaching double digits any time soon.

It is ludicrous to put forward the argument that a woman cannot understand certain issues because of her sex. This seems to be more of a convenient excuse than a reasonable argument. So, is it because women are not suited to the pressures of cut-throat, do-or-die business, the kind exhibited by failed giants, Lehman Brothers? No, it seems that fear and lack of understanding drives recruitment and development policy, which in turn keeps women out of certain industries in the first place, or does not train and advance them adequately once they insist on entering a male dominated environment. What other answer makes sense?

Early this year, asset management company State Street Global Advisors had a statue commissioned called ​‘Fearless Girl’, which was of a defiant little girl staring down the Wall Street Bull. The point being made was that this very issue of underrepresentation of women on corporate boards in America is still a reality of the modern workplace.

Do women make worse leaders than men?
No matter what your political persuasion is, there is one place we can look to for a relevant example of strong female characters. The highest leadership position the UK has to offer: that of the prime minister. Now, Theresa May is by nature of her job and her timing going to be exactly like Margaret Thatcher, and she is going to infuriate many of the men that surround her. Take Michael Heseltine for example – he has now been fired by two female prime ministers. Does that make all women prime ministers irrational, or does that mean that the male involved was simply unsuitable for his position instead? That is beyond the scope of this article, but suffice to say that the three male prime ministers preceding May cannot be said to have handled the current European Union question at all, they simply passed it on to the next person. Is that the action of a leader or a coward? The EU problem has now been laid in the hands of a woman to sort out, and that will go down in history. Much like Margaret Thatcher had to sort out the Falklands War and the striking miners problem. Could a man have led the country better than these two women under the circumstances? Recent history suggests otherwise.

What can be done to create equality?
Accepting that women can make equal leaders to men still does not seem to have sunk into everybody’s thought processes yet. Successful leadership is not simply about alpha male dictatorship tactics – ask the former employees at Lehman Brothers. In fact, the last financial meltdown that began in 2008 was caused by negligence and pursuit of profits at any costs whatsoever. It could therefore be conceded that male banking, investment and property business leaders created the financial crash, and it could therefore be argued, that men are ill-suited to high pressure situations requiring insight and rational strategy. Women and the New Business Leadership (Peninah Thomson, Tom Lloyd, 2001) suggests similar sentiments.

It must be realised that men are no better at leading any sort of organisation than women, and vice versa. But, by simply shunning women out of any position of power or leadership you are, in fact, choosing to ignore a valuable human resource asset. And is that not the goal in these very confusing and quick-changing political, business and social landscapes? To have a valuable asset that is underutilised, and to find a way to maximise the return on your investment (in this case, training capable women into exceptional leaders), so as to succeed in places where others have failed? Woman see things differently to men – which seems to petrify men in the boardroom, as they seem scared that women do not quite grasp the importance of securing the next big deal, or maximizing profits and minimising costs – the usual mechanics of business.

So why do all male boards think that women cannot grasp these basic business concepts? Does nobody see that all the massive business failures of recent times were all led by men? Woolworths, British Home Stores, every single bank in the UK – they were all led by men when they failed. Or were bailed out by the government. That was led by men. This is not to say that women have never failed in business. Just that to conclude that women being a liability in the boardroom is absolutely absurd.

Attitudes need to change in senior leadership ranks across the globe. There should be far more opportunity to educate, train and then grant women advancement right to the top of the corporate ladder, so that a generation of people from all sexes, ethnicities, religious and sexual persuasions can fill the boardrooms for every type of business and organisational concern, tiny or huge, so that true diversity filters through the way that organisations are run. Then the quality of leadership across the globe will improve and we may possibly look forward to a future with less disastrous wars, financial market meltdowns, spectacular company collapses, and less overt or institutional favouritism for the usual suspects. The world may be that much of a better place if it was led in a fairer manner, more representative of the human population.