In spite of successive British governments imposing spending cuts on the number of Royal Navy ships and personnel, some naval traditions remain unchanged. One that endures is stopping a ship at sea where battles were fought, or ships sunk, in recognition of the sailors who were killed or drowned at that position in the ocean. Three such moments, very different to public expressions of grief at tragic events on shore, are recalled here.

Chart position 36.32N 6.16W. In 1958 when HMS Victorious sailed for the Mediterranean after ten years of modernisation, she was the most advanced aircraft carrier in the world. It was early October and the warmth of the sun was in stark contrast to the chill autumn days left behind in Portsmouth. The crew was proud to be serving in this huge vessel and excited by the prospect of going ashore for the first time in Gibraltar. 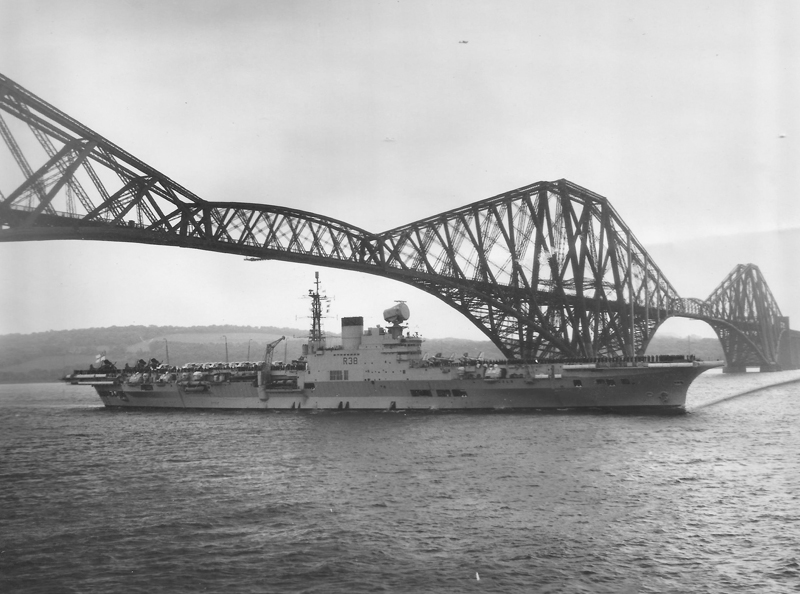 The coastline of Spain was clearly visible but sailing to within three miles, and with the bright sunshine reflecting off the sea, it made the lighthouse on the cliffs seem unnaturally close. This was Cape Trafalgar. One hundred and fifty three years previously these same seas had witnessed the defeat of the combined fleets of France and Spain by the British fleet under Admiral Lord Nelson.

The ship’s engines were stopped and for a warship with fifteen hundred crew it was eerily silent. On the immaculately scrubbed quarterdeck, as the ship rolled in the broad Atlantic swell, the chaplain conducted a brief service in memory of the 429 British and the 2,800 French and Spanish sailors killed in the Battle of Trafalgar on 21st October 1805. The captain read aloud Nelson’s prayer, which he composed on the eve of the battle, ​“May the Great God, whom I worship, grant to my Country, and for the benefit of Europe in general, a great and glorious Victory…” Everyone sang the hymn ​“Eternal Father Strong to Save”.

The chaplain threw into the sea a wreath of laurel leaves. As it slowly floated away a minute’s silence was observed and it was not difficult to visualise the lines of wooden ships, a century and a half earlier, with canvas sails billowing and signal flags streaming, sailing towards each other. Nor to imagine the fear the sailors in both fleets must have experienced as their vessels, soon separated by only a few feet, fired deadly broadside after broadside at point blank range. As the wreath began to sink down to where the hulks of the ships lay, entombing the remains of those brave nineteenth century sailors destined to never again see the ports from which they sailed, it was a brief, but poignant, tribute to their memory. 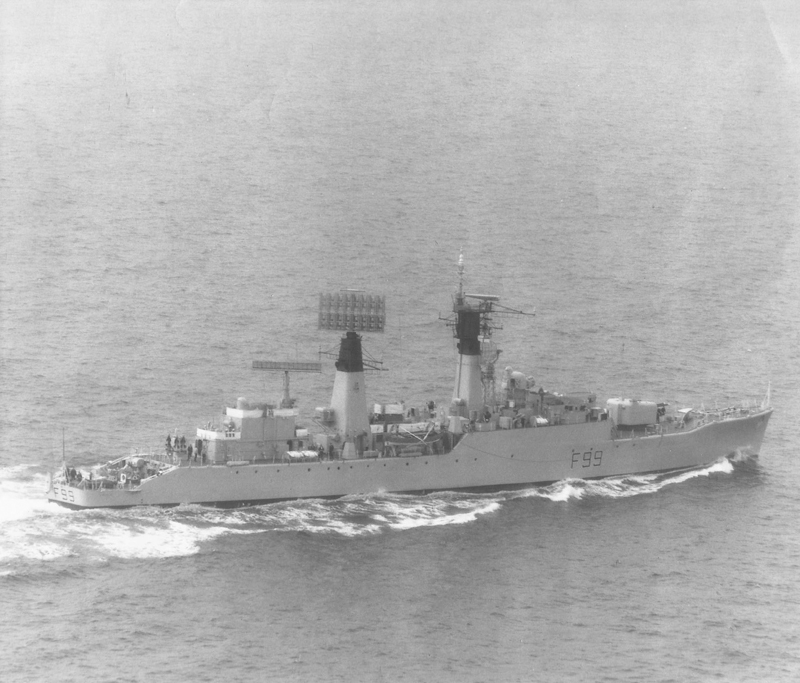 Chart Position 3.33N 104.28E. After guardship duty in Hong Kong in 1972 and shore leave in Subic Bay in the Philippines amongst the United States Navy on ​“Rest & Recreation” from the Vietnam War, the frigate HMS Lincoln was on passage to Singapore through the South China Sea. Just over the horizon lay the coast of Malaysia. The surrounding sea was busy with ocean freighters and tankers. At noon the ship was slowed almost to a stop but remained in the shipping lane.

Thirty-one years previously on a similarly clear, sunny day, Vice Admiral Sir Tom Phillips in the battleship HMS Prince of Wales, accompanied by the battle cruiser HMS Repulse, was returning to Singapore having failed to find the expected invasion by Japanese forces on the Malaysian coast. At 11 o’clock in the morning of 10th December 1941 both ships were suddenly attacked by bombs and torpedoes dropped from enemy aircraft launched from shore bases already held by the Japanese. The ships were sunk within an hour of each other with the combined loss of 840 men.

The breeze created by the ship’s movement through the translucent sea had died away. The ship’s propellers continued to turn idly and create a soapsuds-like wash. The officers and ships company stood in the glaring sun on the open quarter-deck and from the steel deck heat came up through sandalled feet and perspiration soaked white tropical uniforms. The captain read the Naval Prayer, ​“O Eternal Lord God who alone spreadest out the heavens and rulest the raging of the sea; who hast compassed the waters with bounds until day and night come to an end; …”. The Master at Arms threw a Chinese-made wreath of artificial flowers over the stern. It churned away in the wake and as the ship continued to Singapore, there was no difficulty in remembering the two great ships and many of their crews lying in eternal graves two hundred feet below but destined to never complete the same journey. 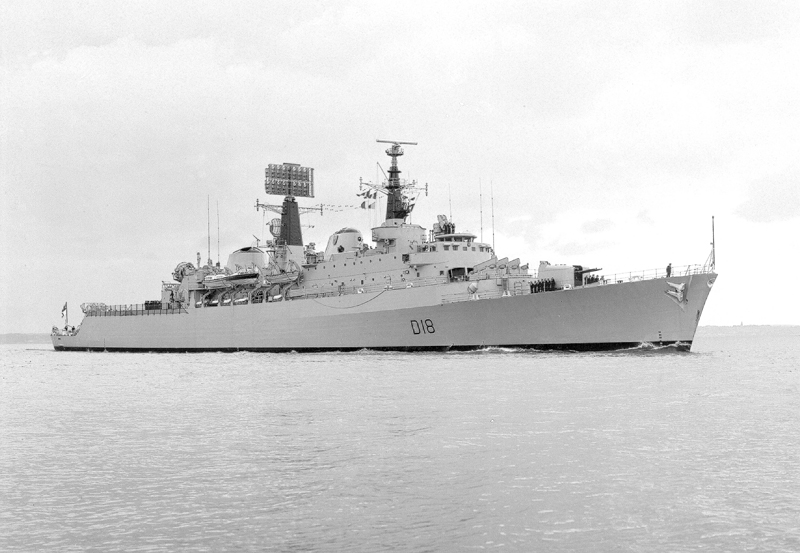 Chart Position 31.8S 45.26W. At sea on Remembrance Day a traditional church service is always held. In 1982 the first group of ships sailed to the South Atlantic after the Falklands conflict earlier the same year. The guided missile destroyer HMS Antrim had been involved in the campaign. At 11 am on Sunday 14th November, 600 miles from the coast of Brazil and over 1,000 miles from the Falkland Islands, the ship stopped and everyone gathered on the flight deck for the traditional service. Although it was nearly midsummer in the southern hemisphere there were heavy grey clouds and the ship rolled clumsily in the sea which with it’s deep blue black troughs and breaking white crests, rolls incessantly between the sub-continents.

Remembrance services can sometimes seem remote from the wars which they commemorate. Not on this occasion. The very recent conflict and the loss of 252 British servicemen was uppermost in every mind and all felt a sense of personal loss. When the evocative words, ​“When you go home, tell them of us and say, For your tomorrows these gave their today” were said, followed by two minutes silence, the poignancy of the occasion raised the hairs on the backs of necks and moistened many eyes.

Wreaths of poppies were thrown into the sea. As they drifted away in the ship’s wake an albatross, a frequent follower of ships across the vast distances of the southern oceans, glided into view. In almost motionless flight its graceful wings kept pace as the ship rose and dipped with the waves. It may not be too fanciful to imagine this majestic bird, which legend says retains the souls of drowned mariners, was visiting on this special day to add its own mark of respect to a timeless naval tradition.