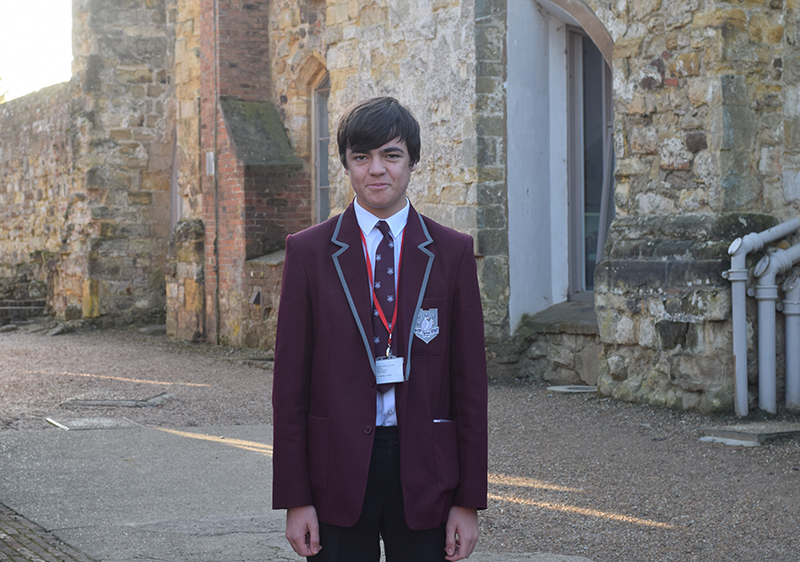 Battle Abbey School pupil Harrison Todd has recently been awarded the top grade of A^ (an A* with Distinction) in GCSE Further Maths.

The Further Maths GCSE is an extremely challenging course that is only sat by approximately 3% of the Year 11 students in the whole country and from this handful of top mathematicians only 9.9% go on to achieve the top grade of A^ (an A* with Distinction).

Remarkably Harrison is only in Year 10 so has taken this examination one year early. Also worth celebrating is George Jempson, also in Year 10, who narrowly missed out on an A^ but scored an extremely applaudable A* grade.

Head of Maths Farouk Tumi said; ​‘Congratulations to Harrison, this really is a fantastic achievement. Harrison has long been on our radar as quite an exceptional Mathematician. Harrison has continually led the field in terms of our internal testing and is already a lynchpin of the School Senior UKMT Team this year, though it’s usually only for sixth formers.’

Headmaster David Cark said; ​‘Battle Abbey Schools Maths department is now nationally recognised as a flagship dept in the teaching and learning of Mathematics. For the second time in as many years, Battle Abbey School’s iGCSE Maths results have exceeded all expectations. Two thirds of students were awarded the highest grades – sevens, eights and nines – and not a single student of the non-selective school failed to achieve a very respectable grade.

Battle Abbey has an excellent Mathematics Department, with strengths in all areas, and is securing plaudits from across the region. It is no accident that Battle Abbey tops the list of all schools in East Sussex and Kent for Value Added across all subjects.’ (The Value Added measure indicates the improvement students make between key stages in their education.)

Battle Abbey has enjoyed many other mathematical successes of late. Two sixth form students qualified for the British Olympiads in this year’s competition, the junior Maths team is currently ranked seventeenth in the whole of the UK and Year 9 Student David Jempson has also just qualified for the British Olympiads, securing his place while competing against older students in Year 11.