The Under 16s football squad at Buckswood School, Guestling, are eagerly awaiting for the venue to be announced of the English School Football Association’s Small Schools’ Trophy final. The team roared into the final having beat the competition favourites and until that point undefeated South Nottingham Academy 4 ‑1 in the semi-finals. The finals will be played at the start of the new term, and the venue will be a Premiership ground. 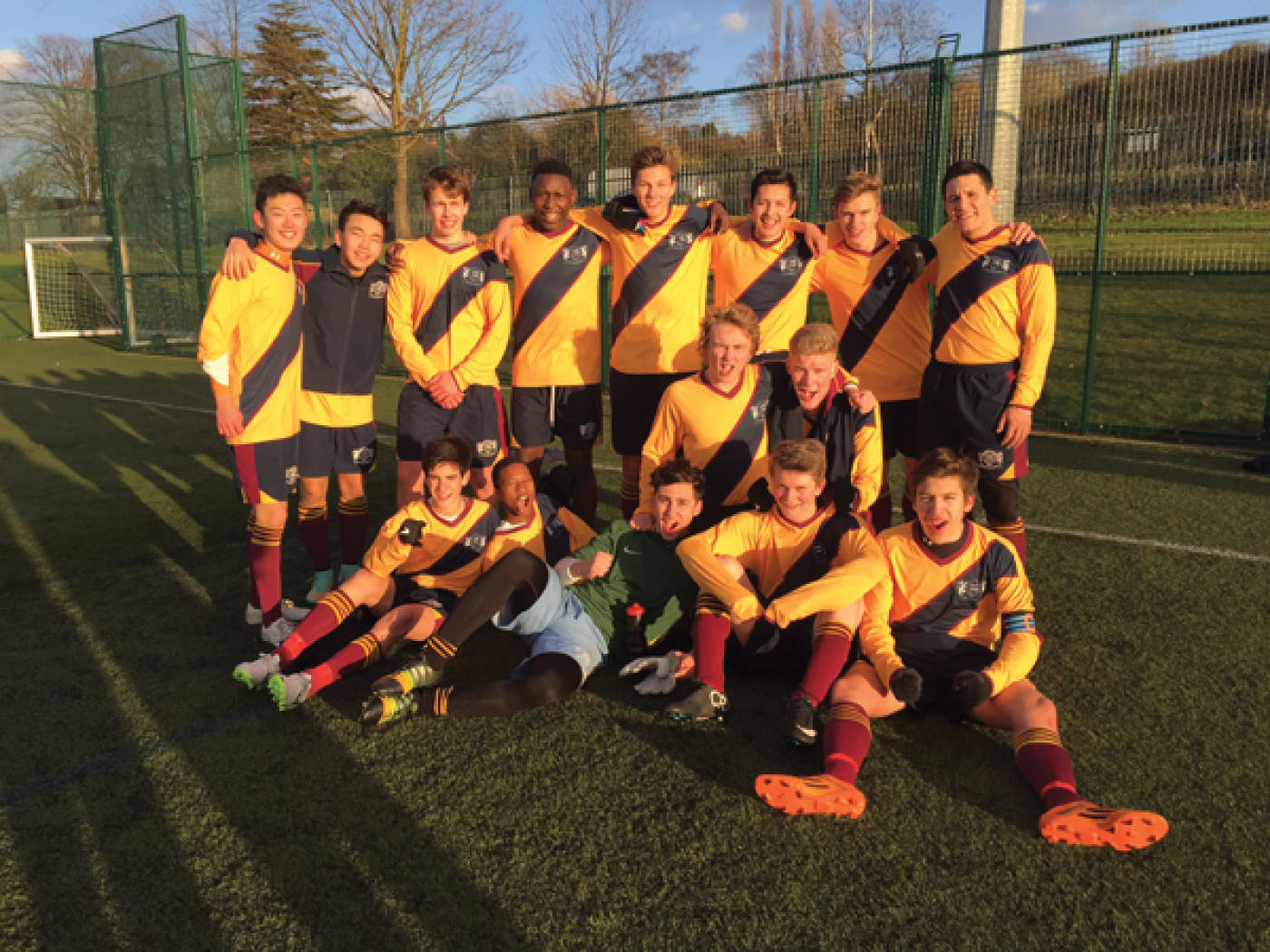 This is the first year that Buckswood has taken part in the competition and have put in strong performance after strong performance to reach the finals at their first attempt. The Buckswood Under 16s team, featured players from the Buckswood Senior Football Academy, who train three times a week with Football Director, Jim Colston. The Football Academy has achieved Premiership success this term, with Archie being signed up by Brighton and Hove Albion at the American Express Elite Football Performance Centre and Alonso Alvarez playing for the Italian Giants AC Milan youth team at a tournament involving a number of top European and South American sides.

The Academy thirty strong with players from all over the world, coming to the Sussex school to benefit from the expert coaching of Jim Colston, combined with a British boarding experience to study GCSEs and A Levels. ​“The academy is a brilliant training ground for boys who are serious about football,” said Academy Director Jim Colston, ​“There is much to learn from the other players who seamlessly blend a South American, European and African playing styles on the pitch. I am incredibly proud of both the Academy players and the school team as a whole for reaching the finals and am looking forward to ending the season on top!”