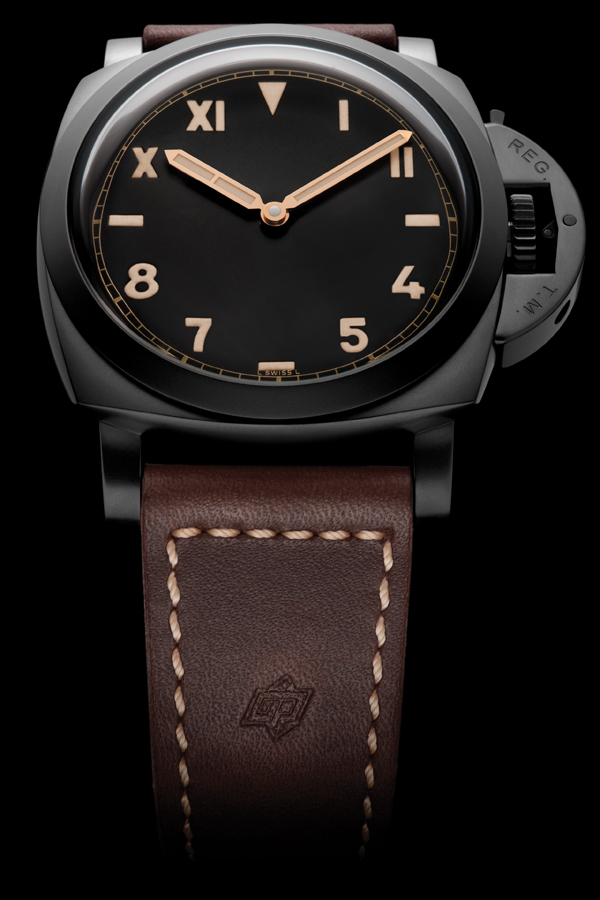 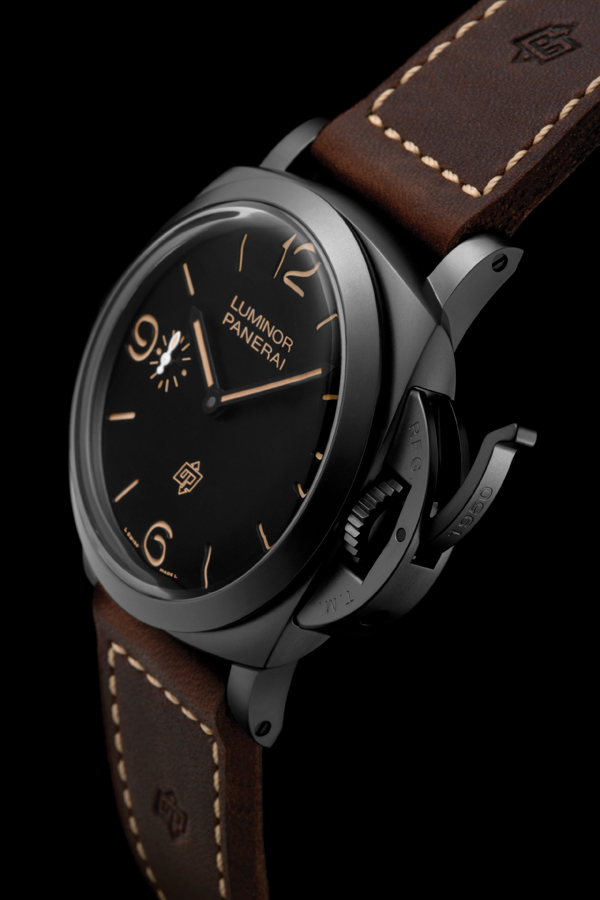 For collectors and all who admire Panerai watches for their ability to tell a true story of men and values, these two Special Editions have been created, with a wealth of historical references, and only 300 of each have been produced.

All Panerai watches are the result of an interaction between historic elements and advanced technical solutions. The historic references speak of the identity of the brand, its Florentine origins, the excellence of Italian design in the period between the 1930s and the 1950s, and the underwater missions carried out by the commandos of the Italian Navy for whom these watches were created. Their technical features are ​“Swiss Made”, embodying the character of a maker which has preserved the centuries-old heritage of the international home of high-end watchmaking while at the same time constantly renewing itself. 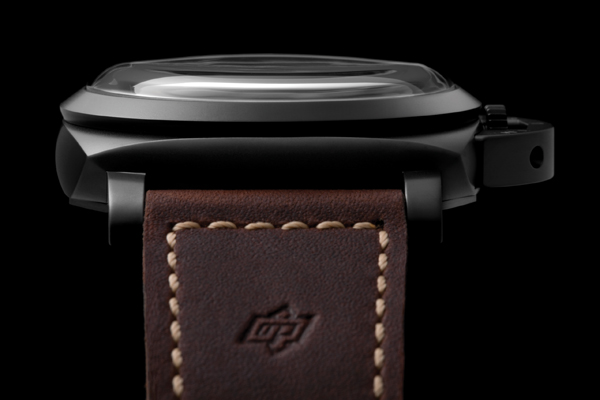 The two new Special Editions launched by Officine Panerai, each of which consists of only 300 units, are a reinterpretation of this dialogue, driven by passion and ideas, technology and design, the past and the future: the new Luminor 1950 3 Days Titanio DLC models.

The first historical element of the new models is the Luminor 1950 case. There is a subtle difference between the Luminor case and the Luminor 1950 case, and naturally the origins of this distinction are to be found in the history of Officine Panerai. The number ​“1950” refers to the year when the case with the iconic lever device protecting the winding crown was designed; it was developed to make the watch worn by the commandos of the Italian Navy even stronger and more water-resistant. The proportions of this historic case were not reproduced by Panerai until 2002, when the first Luminor 1950 (PAM00127) was launched. This was a Special Edition faithful in every detail to the watches of the original period, and it has since become a cult object among collectors. The first models of the modern era to be fitted with the lever device (from 1993) were designed with a slightly revised design, which today identifies the Luminor collection. It can therefore be said that the Luminor case was inspired by the modern history of Panerai while the Luminor 1950 case was linked to the past history of the brand: the legendary story of the commandos and their missions. 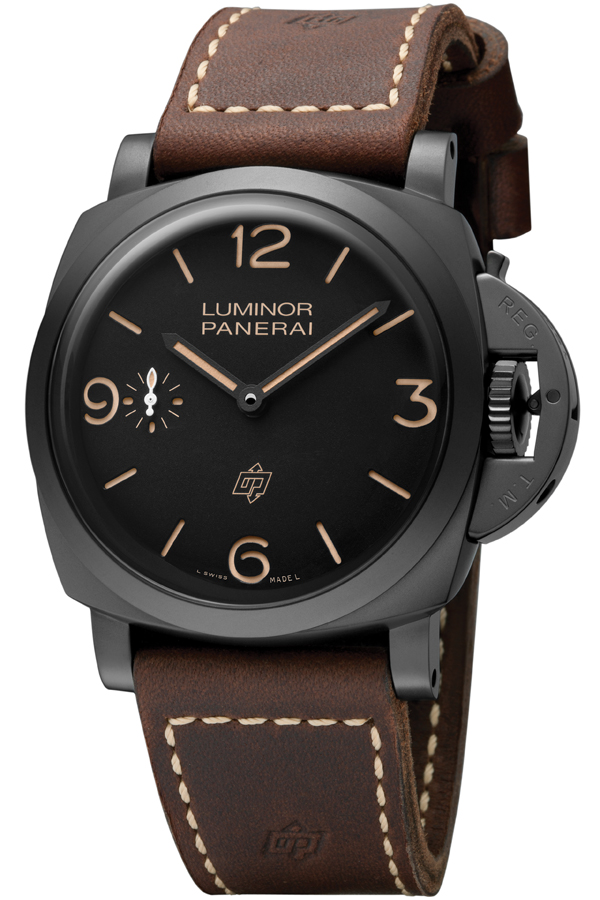 The two new models have a small detail marking their link with Panerai’s history: the date ​“1950” is engraved on the lever locking the winding crown. The case is made of titanium – a light, strong, hypo-allergenic material – coated with DLC (Diamond-Like Carbon) and it is 47 mm in diameter, like the vintage models. The result of the interaction of all these elements is a case with a vintage design but the performance of contemporary high-end watchmaking. Emphasised by the brown leather strap with contrasting stitching, with the OP logo stamped upon it, the look is dark, sober and sporty, and is reminiscent of the depths of the sea where Panerai watches were born and in which the new models will be able to dive, since their water-resistance is guaranteed up to 10 bar (a depth of about 100 metres). 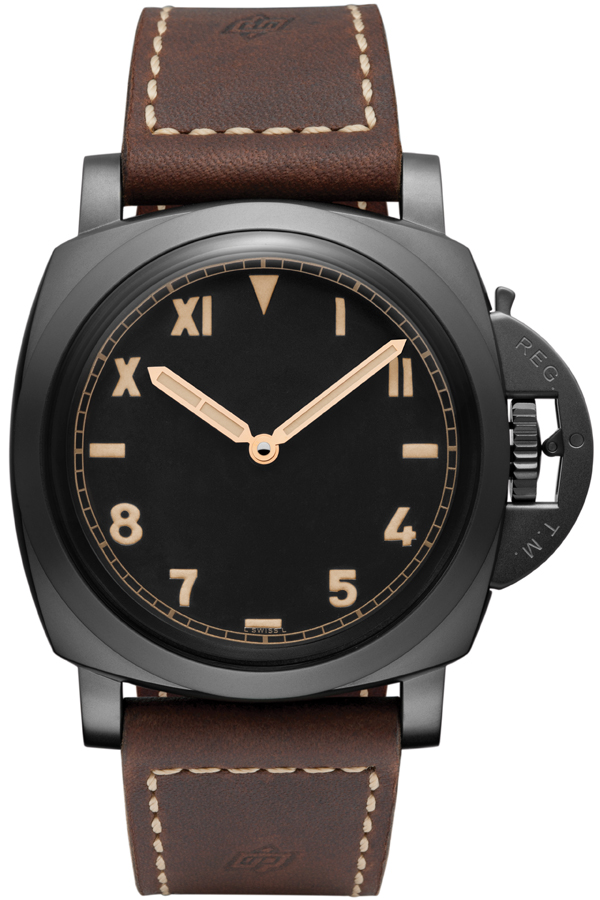 The two new Luminor 1950 3 days Titanio DLC differ from each other in the dial, which in both cases is protected by a rounded crystal. One version (PAM00617) has the black dial with the classic Panerai design, with large bar markers and figures, the seconds counter at 9 o’clock, the OP logo and the traditional sandwich construction. By contrast, the other model (PAM00629) has a black dial with a combination of Roman and Arabic numerals and graphic markers; this variant is known as the California dial and is much sought-after by collectors because it reproduces the design of the first Panerai watch in history, the Radiomir of 1936.

The movement of the new Luminor 1950 is the P.3000 calibre, hand-wound with a power reserve of three days. The P.3000 calibre is 16½ lignes – a size typical of the vintage models – and it has a very sturdy, reliable structure, with a wide balance wheel 13.2 mm in diameter, firmly held in place by a transverse bridge. Most of the wheelwork is covered by wide, brush-finished, chamfered bridges, a finish which gives the movement a sporty yet sophisticated appearance. Entirely designed and built by the Officine Panerai Manufacture in Neuchâtel, the calibre also has the device for quickly setting the time, enabling the hour hand to move in jumps of one hour at a time, without interfering with the movement of the minute hand or the running of the watch. 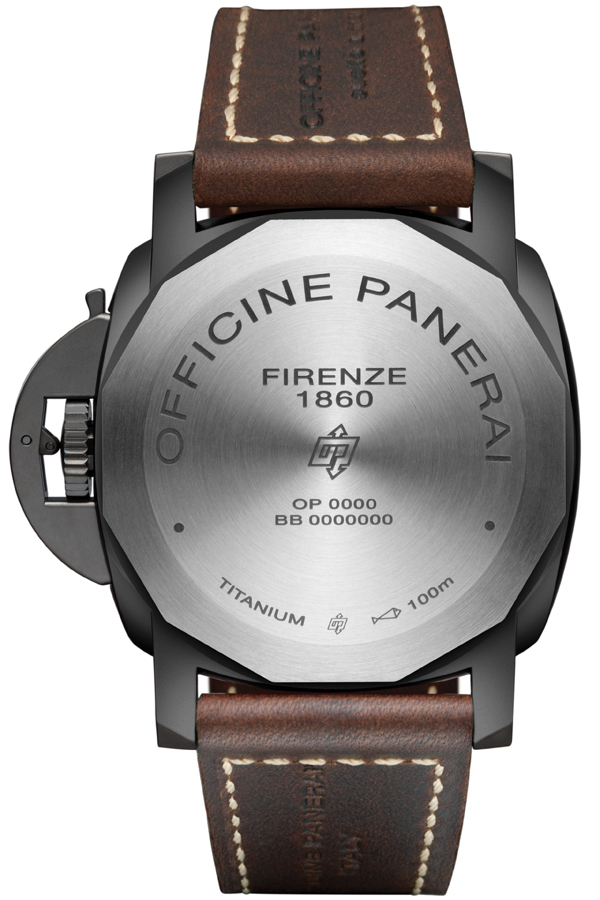