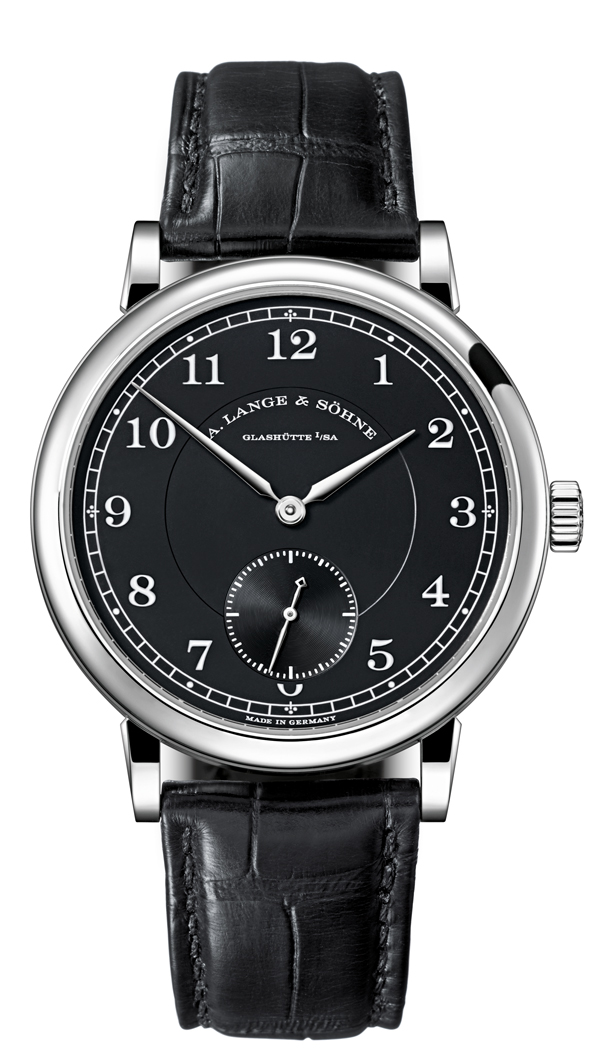 With a limited 200-watch edition of the 1815 in platinum with a black dial, A. Lange & Söhne salutes the founder of Saxon precision watchmaking who was born 200 years ago.

The new 1815 ​“200th Anniversary F. A. Lange” in a limited edition of 200 watches stands out with purity and perfection. It is a horological monument created by A. Lange & Söhne to commemorate the anniversary of an eminent and charismatic founding father.

Each detail of the timeless design and artisanal immaculacy of the L051.1 manufacture calibre pays tribute to the great Saxon watchmaking pioneer. Apart from the three-quarter plate made of untreated German silver, key hallmarks include the hand-engraved balance cock, the classic screw balance, the whiplash spring, the gold chatons that secure the bearing jewels, and the thermally blued screws. The serial number engravings on the case from 001⁄200 to 200/200 identify each watch as a proud exemplar of the anniversary edition.

The 40-millimetre platinum case and the black solid-silver dial emphasise the sleek elegance of this timepiece. With its three levels and the subsidiary seconds at six o’clock, the face is reminiscent of the legendary pocket watches crafted by Ferdinand Adolph Lange. 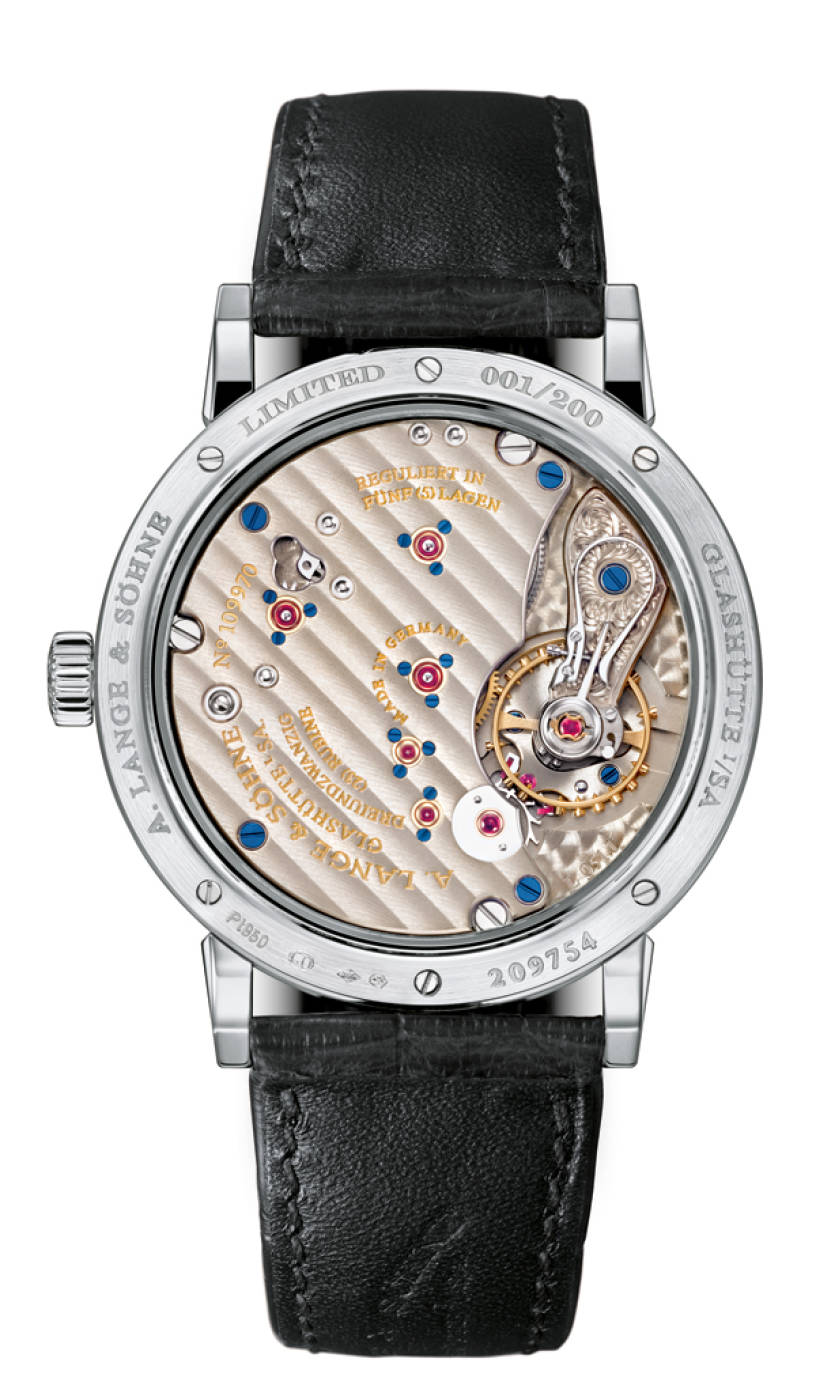 His objective, he wrote in 1843 to the Saxon government when he was 28, was ​“to imbue the watch itself with the great and important flawlessness and simplicity that originate from my considerations and diligence”. In the letter, he expounded on his plan to produce pocket watches in Saxony. This vision began to materialise two years later in his newly established manufactory. The former mining town of Glashütte had become a hub of fine watchmaking.

But before Lange laid the foundation for the global fame of A. Lange & Söhne with trailblazing chronographs and pocket watches with jumping seconds, remontoirs and quarter repeaters, he initially focused on the simple pocket watch. With continual design improvements, he achieved a superb degree of precision and reliability that buoyed his fledgling business. One good example is the three-quarter plate which evolved over several stages until its final form was developed in 1864. It was responsible for the stability of Lange’s movements and defined the style of Saxon watchmaking.

The latest-generation A. Lange & Söhne wristwatches are also endowed with this prominent component, an inimitable style and design element that can be admired through the sapphire-crystal caseback. 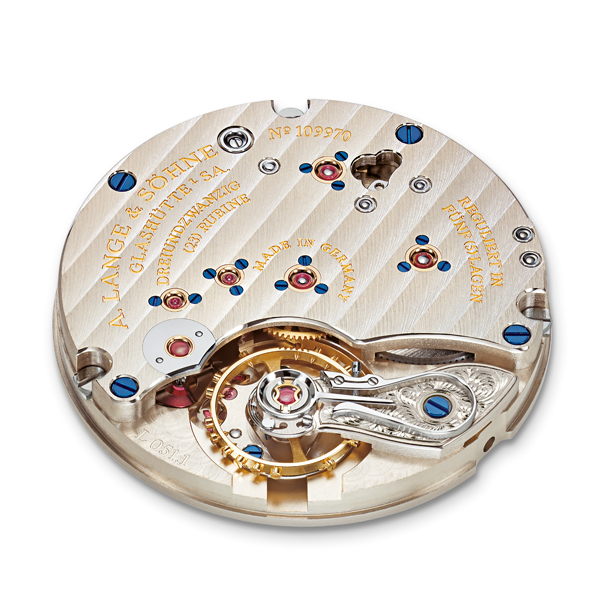 About A. Lange & Söhne
When Ferdinand Adolph Lange, a Dresden watchmaker, established his watch manufactory in 1845, he laid the cornerstone of Saxony’s precision watchmaking. His precious pocket watches remain highly coveted among collectors all over the world. The company was expropriated after World War II, and the name A. Lange & Söhne nearly fell into oblivion. In 1990, Ferdinand Adolph Lange’s great-grandson Walter Lange had the courage to relaunch the brand. Today, Lange crafts only a few thousand wristwatches in gold or platinum per year. They are endowed exclusively with proprietary movements that are lavishly decorated and assembled by hand. In a period of little more than 20 years, A. Lange & Söhne developed 51 manufacture calibres and secured a top-tier position among the world’s finest watch brands. Its greatest successes include innovative time-keeping instruments such as the LANGE 1 with the first outsize date in a series produced wristwatch as well as the ZEITWERK with its supremely legible, precisely jumping numerals. In the meantime, both models have become icons of a brand rich in tradition.