Endorsed by top chefs such as Jamie Oliver and Yotam Ottolenghi, seaweed is no longer one for the hard core sushi devotees, instead it’s begun making an appearance in snack foods and pasta substitutes.

In November 2013, whilst on holiday in Ibiza, William Sodderland ordered a seaweed salad for dinner. When it arrived there was no seaweed in sight. Then his wife points out that the Tagliatelle on his plate is in fact the seaweed. 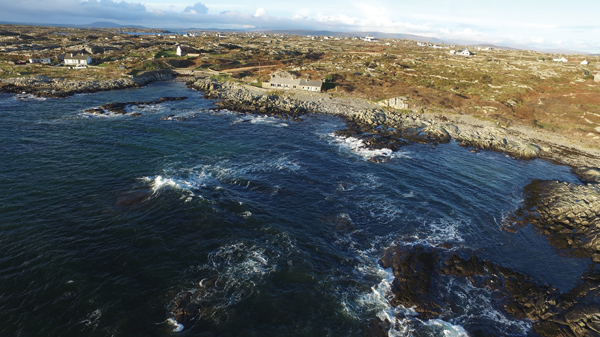 Sodderland was eating Himanthalia elongata – a culinary seaweed that is picked straight from the rocks and is nicknamed ​‘sea spaghetti’. But it wasn’t the great taste that kept him up that night. He lay awake thinking about the benefits of seaweed. He contemplated an insane idea of replacing half the pasta in the world with sea spaghetti. Then he got thinking about new culinary possibilities and a healthier future. He subsequently found experts the world over who realised seaweed as a key sustainable food source.

A lot has happened since those Ibiza days. He created Seamore Foods and started experimenting at home then duped his kids with I Sea Pasta Bolognese. Now they’re hooked. A test-panel validated the concept and created fantastic recipes, then a huge number of people backed his crowd-harvesting campaign. Now chefs around the world are using I Sea Pasta that looks like regular tagliatelle but is 100 percent wild, handpicked seaweed from Connemara, Ireland. 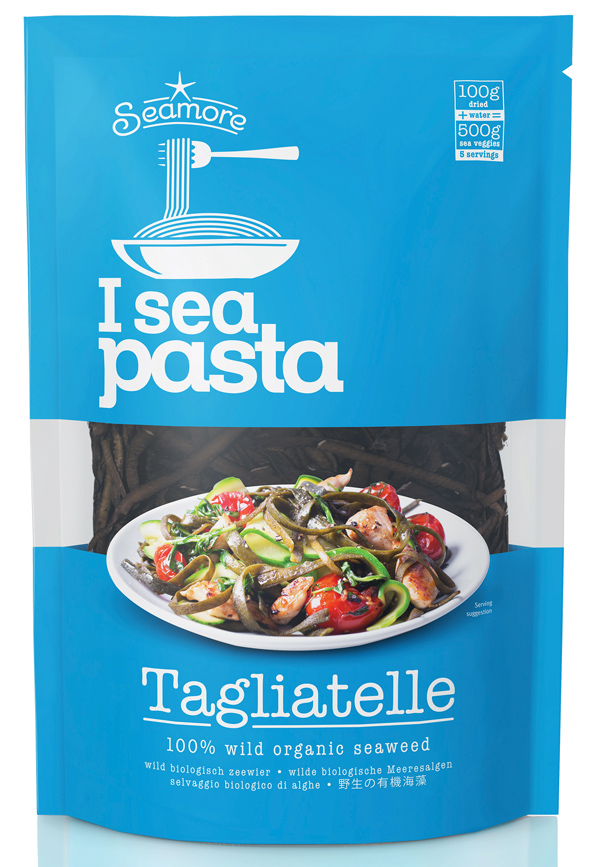 Seaweed is a nutritional powerhouse that’s mostly overlooked as a free and wild resource that’s kind to our bodies and to the environment. It’s a tasty, healthier option to regular wheat pasta, it contains iodine, sodium, antioxidants, proteins, vitamins and many other minerals, including bioactive peptides. Above all this sea spaghetti is a fibre-blast, it’s vegan, gluten-free, organic, has almost no carbs and even fewer calories and is packed with omega 3 – all unique qualities to boost health with endless culinary possibilities.

Sodderland considers seaweed is our secret weapon – it’s not just a food answer, it’s a future solution for climate change, it’s sustainable, it doesn’t need fertilizers and gets its water direct from the sea. 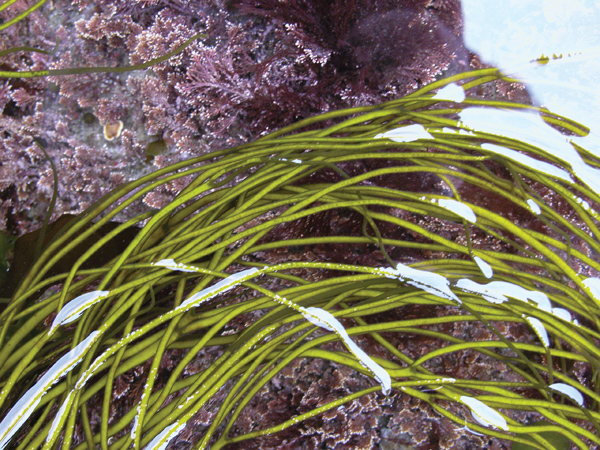 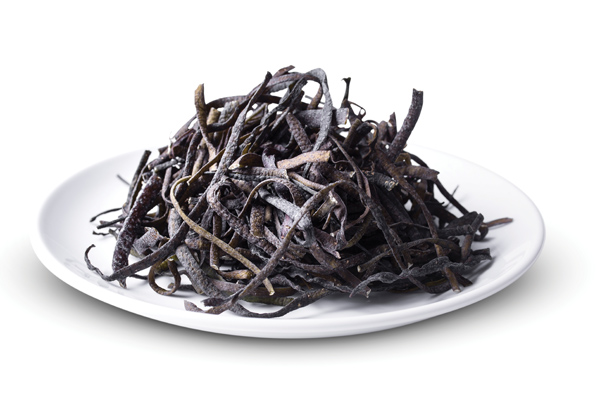 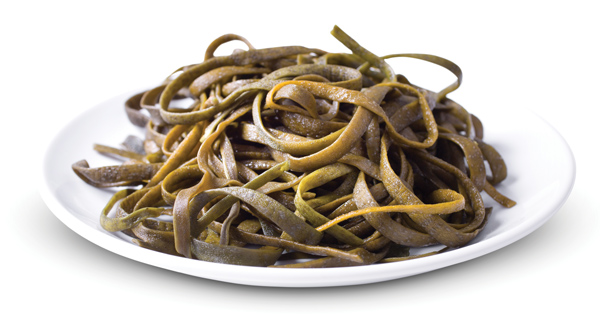 “Trying a new kind of food is like dating,” he says. ​“Sometimes its love at first bite and at other times it’s a slow burner. So, if you’re accustomed to regular pasta, mix I Sea Pasta with normal tagliatelle for your first experience. Some people think seaweed is slimy, salty and fishy. Feeding them I Sea Pasta without telling them it’s seaweed will give them an unbiased experience (and prove them wrong).”

Three ways of preparation:
• Soak on cold water for 45 minutes – perfect for raw food salads. When you soak or cook I Sea Pasta the water will turn a khaki brown with the healthy antioxidants (soak overnight for great soup stock). Also, because I Sea Pasta grows 5 times in volume you’ll need only 20g per person.
• Soak in hot water for 20 minutes. Expect a mild taste. It smells of the ocean, so be sure the kitchen is well ventilated.
• Cook for 20 minutes like pasta – more tender but a stronger sea breeze (add a knob of ginger in the cooking water to minimize the sea smells and it adds to the flavour).

I boiled the seaweed for 20-minutes (with the lid on the pan – it really smells of seaweed when cooking). At the same time, I grilled a piece of salmon, then made a creamy mushroom sauce with half a leek, a big handful of mixed wild mushrooms, half a tin of coconut milk and a few baby plum tomatoes – topped with chopped coriander and the juice of half a lime. I Sea Pasta need sauce (or olive oil or dressing) for the best tasting experience. It’s not as soft as normal pasta, it has a bite to it because it’s packed with fibres. The taste is very mild and neutral so be sure you add lots of flavours by including other ingredients. Also, seaweed is savoury and doesn’t need to be served exclusively with fish. I’ll definitely be making this dish again, maybe with some fresh chili next time for a bit of a kick.

Seamore Food’s I Sea Pasta costs £5.49 for 100g and is available from Whole Food Market 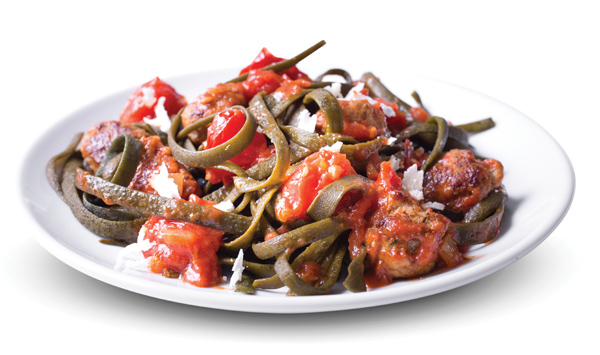 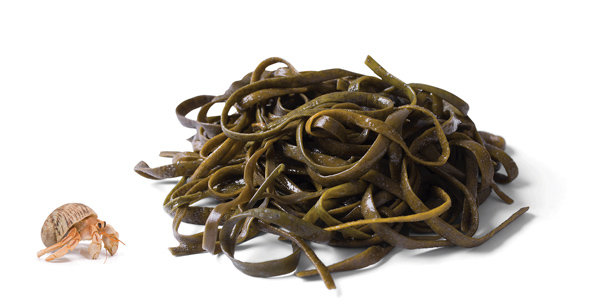 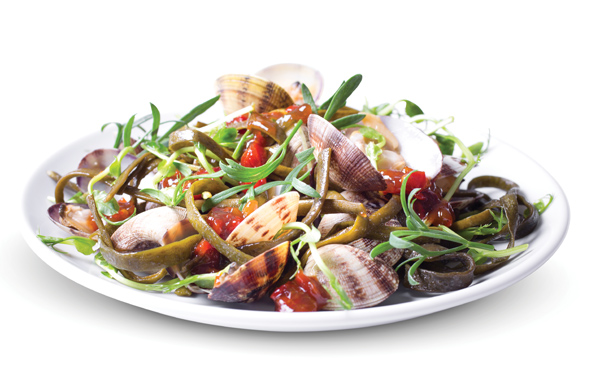 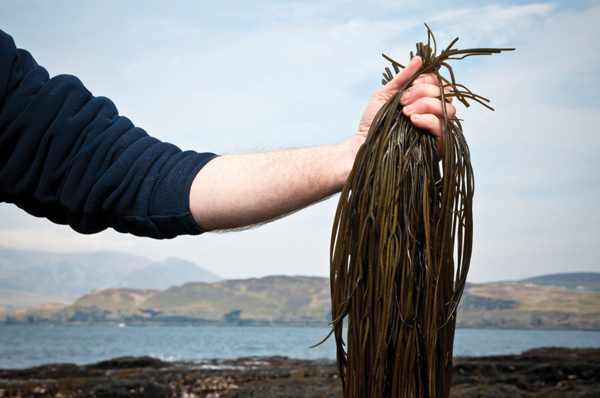 This sea spaghetti will blow your mind. It’s easy to prepare and totally delicious!

Ingredients:
2 portions of I Sea Pasta
flesh from 1 young coconut
1 clove of garlic
half a cucumber
2 tsps capers
1 bunch of watercress
1 bunch of wild garlic
pinch of unprocessed sea salt
2 – 3 tbsp of olive oil
half a lemon

Whilst the seaweed is soaking/simmering prepare the aioli by spooning out the flesh of a young coconut and placing it in a high-speed blender with a pinch of sea salt, lemon juice, half a clove of garlic, a third cup of water and two tbsp olive oil.

Blend well till the cream is completely smooth.

To make a watercress salad, start by peeling and finely chopping the cucumber.

Don’t be shy to stir in the garlic aioli into the spaghetti on very low heat to preserve the warmth. Serve into two warm bowls, each topped with a generous handful of watercress.