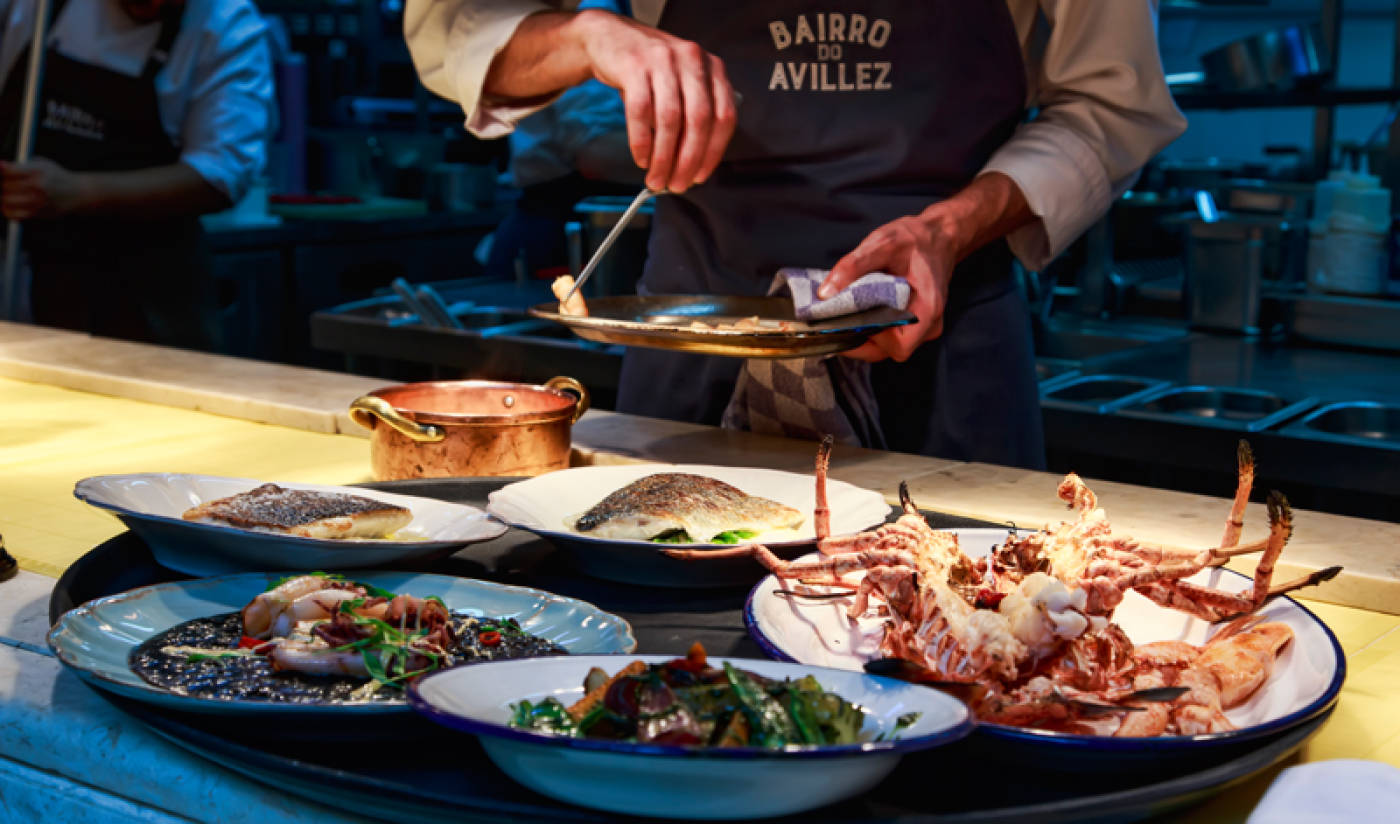 From the freshest seafood to its golden olive oil, Portuguese food may be the most underrated cuisine in Europe. For first timers, start off in Lisbon, navigate through the streets and squares in search of new charms, discover old loves and learn new tastes. Whether it draws from its history or the landscape, every dish tells a story of superlative seafood, sun-ripened fruit, lamb raised on flower-speckled meadows, free-range pigs gorging on acorns beneath oak forests – here, flavour comes first. 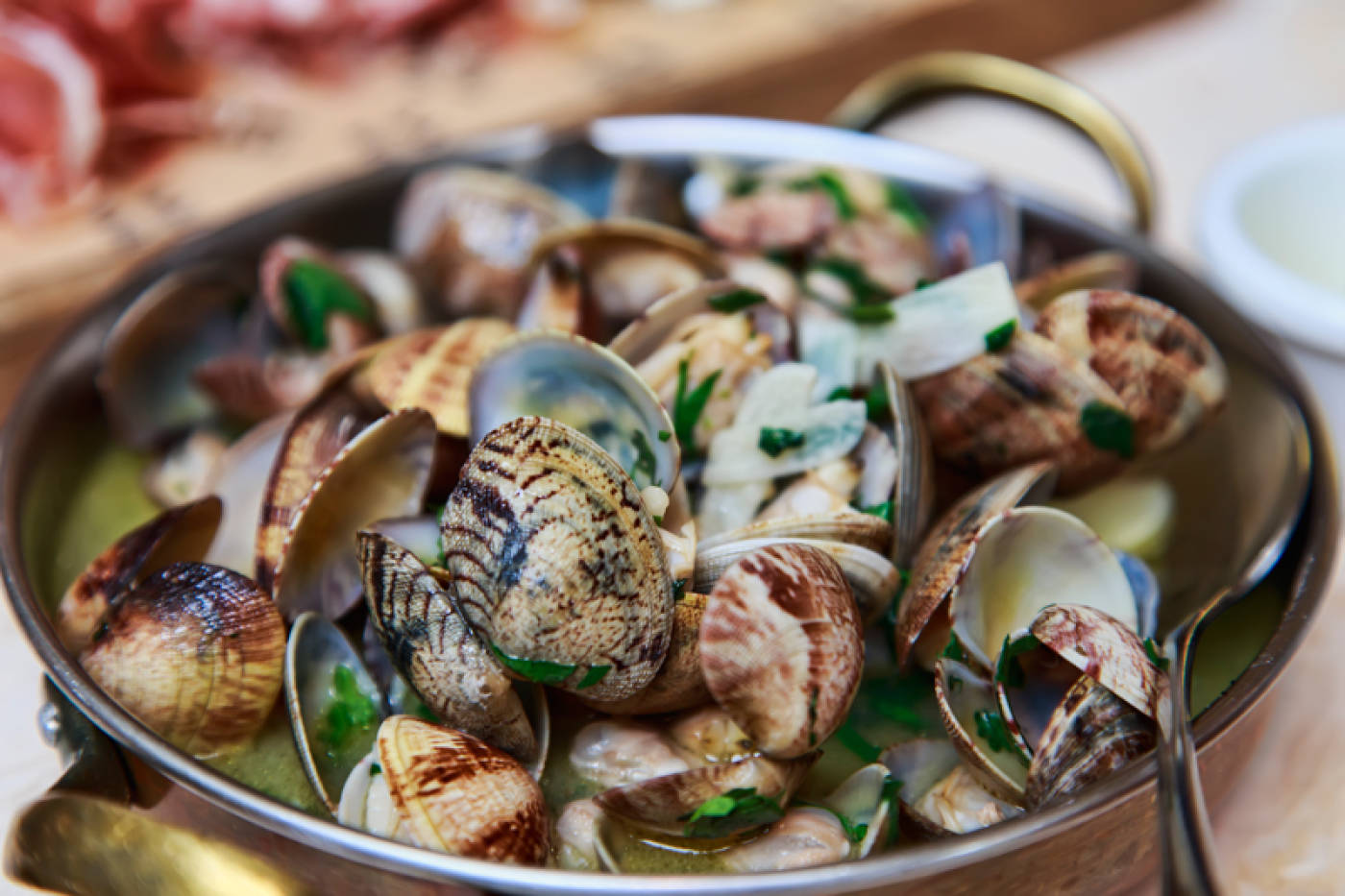 Seafood markets worldwide offer an abundance of frenetic, vivid sights and sounds, more so at the vibrant Mercado Livramento in Setúbal, an area with a huge fishing tradition. Art déco styled Livramento, with its cast-iron columns and intricately tiled walls portraying scenes of daily life, is considered as one of the world’s best fish markets. It glimmers with a startling variety, from baby cuttlefish to submarine-sized tuna. Superstar chef Ferran Adria says seafood from Portuguese waters is the world’s best – and he’s Spanish. 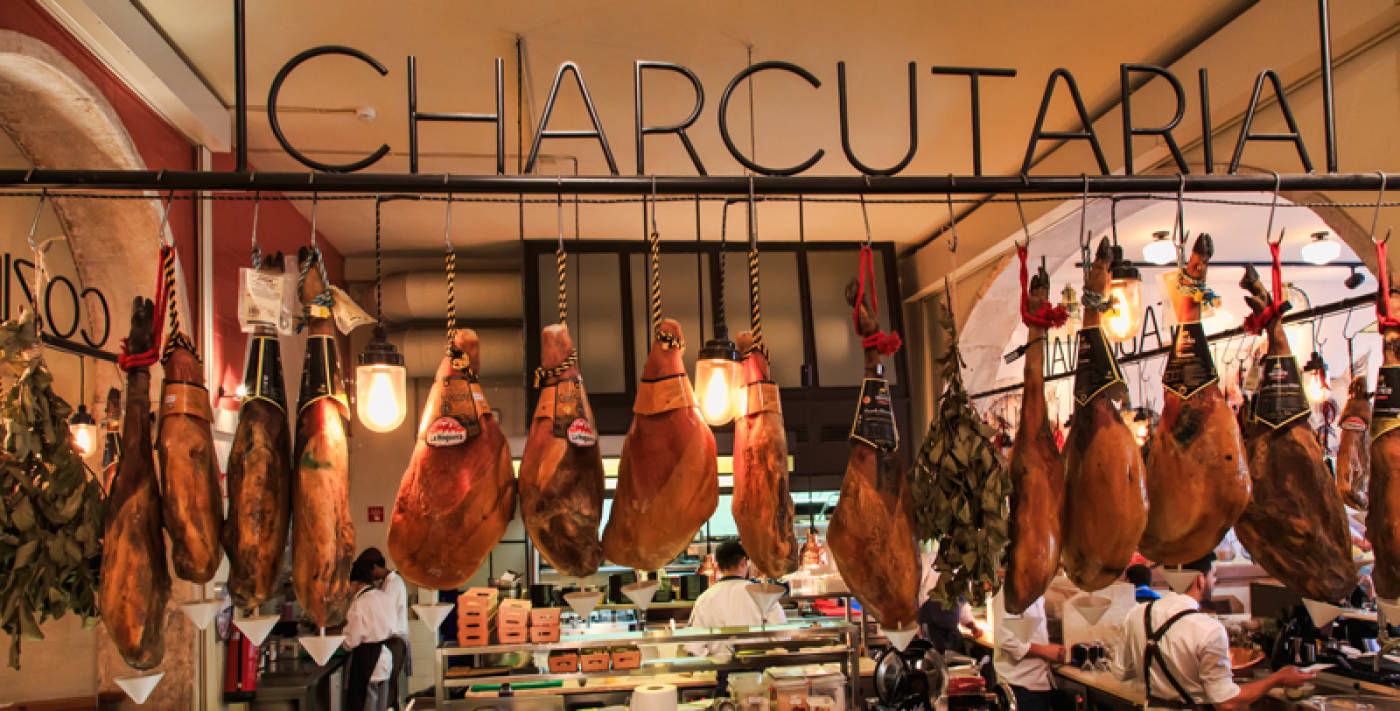 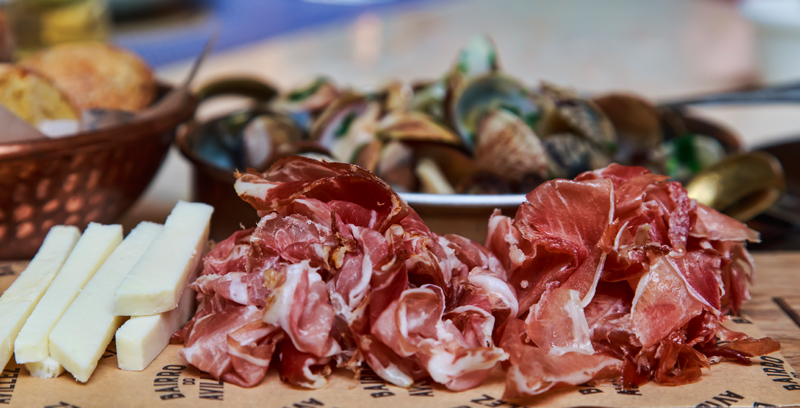 From surf to turf and Quinta do Poial, the organic arable farm of Joana Macedo. ​“Here are Wasabina leaves, egg plants, slow growing carrots, fava beans and bergamot-mint which Chef Pascal from the Ritz will be collecting,” says Joana Macedo. He also wants a selection of funky beetroot – red, yellow, white, Chioggia, and a box of tomatoes form my 48 varietals plus a whole host of other mini-vegetables. He likes to select those himself.” In 1988, against the advice of just about everyone, and with zero agricultural knowledge, Joana’s Parisian mother, Maria José traded her briefcase in for a pitch fork and purchased a 1½ hectare patch of land which she turned organic. Now some of the country’s greatest chefs discover new bouquets of vegetables from the soils of Quinta do Poial. Find them on Facebook. 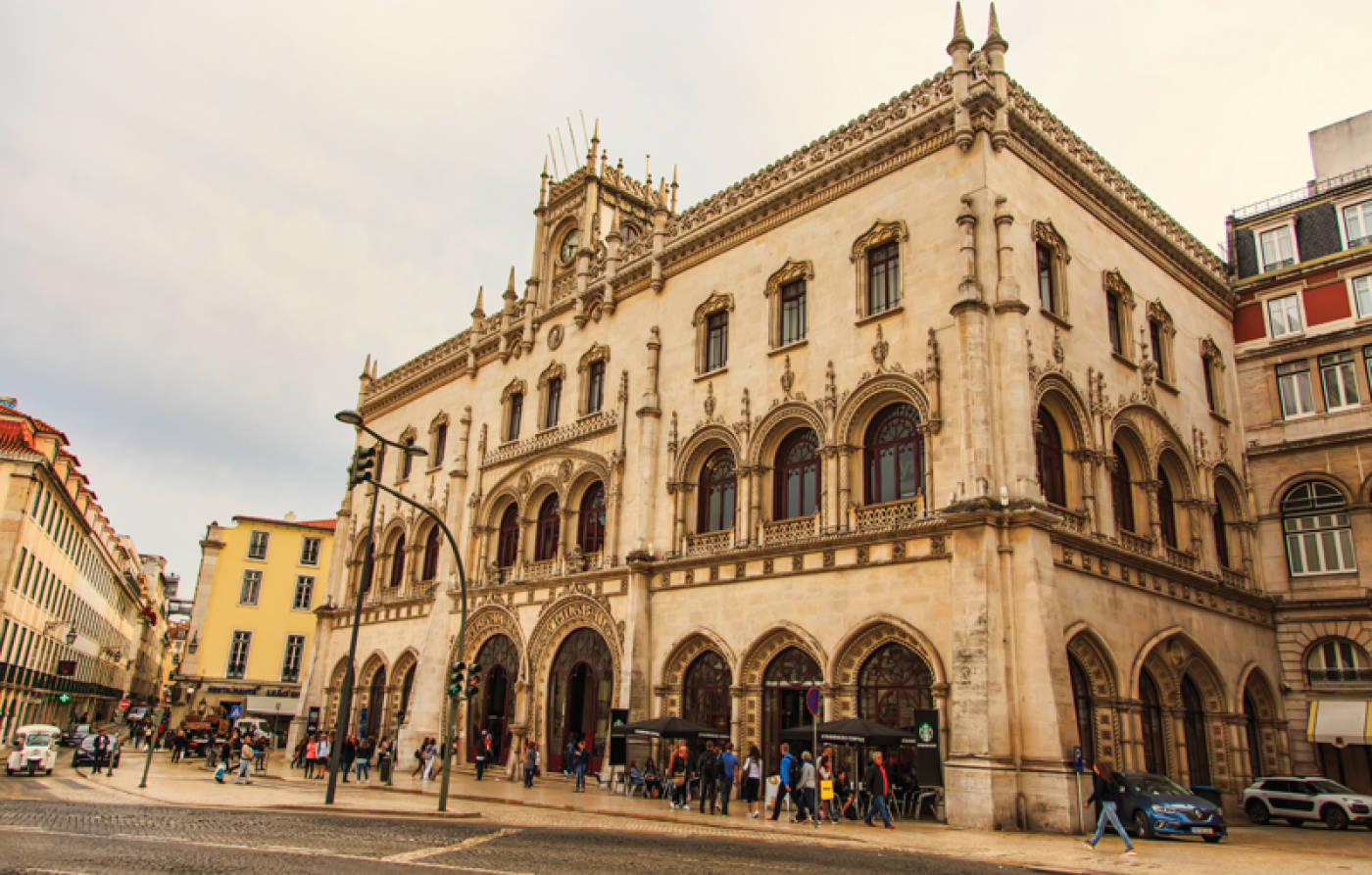 For an award-wining cheese found exclusively in just a few shops, including Fortnum and Maison, head to the village of Palmela and Queijaria Simões cheese. ​“The use of the violet coloured thistle flower to coagulate the milk,” says softly spoken Rui Simões, his Groucho Marx-styled moustache muffling his words. ​“It’s a tradition of the Iberian Peninsula and one of the methods I use when producing my handcrafted Azeitão, unpasteurised sheep’s milk cheese.” The thistle flower curds the milk in under an hour. Its enzymes have a very strong effect on milk protein, which translates into a very creamy texture and a pronounced bitter taste. In preparation, the thistle is soaked in hot water for about 2 hours and then crushed and filtered in a cloth. The infusion is then added to the milk. Rui process 1,200 litres of sheep milk a day, collected from five farmers, within a 15-kilometer radius. In the tasting room, Rui cuts open the cheese’s upper crust and reveals its molten ivory innards. He pours a glass of red wine and invites me to spoon the cheese onto a torn baguette, then explains that he also produces ricotta cheese and sheep’s butter. quei​jari​asi​moes​.com

Patisseries in Portugal underpin a national way of life. Many of the nation’s most treasured cinnamon-sprinkled treats were first created in convents, where nuns worked at ovens, raising church funds by producing sinful creations like molasses cakes and filo-pastry tubes with sweet, eggy fillings. 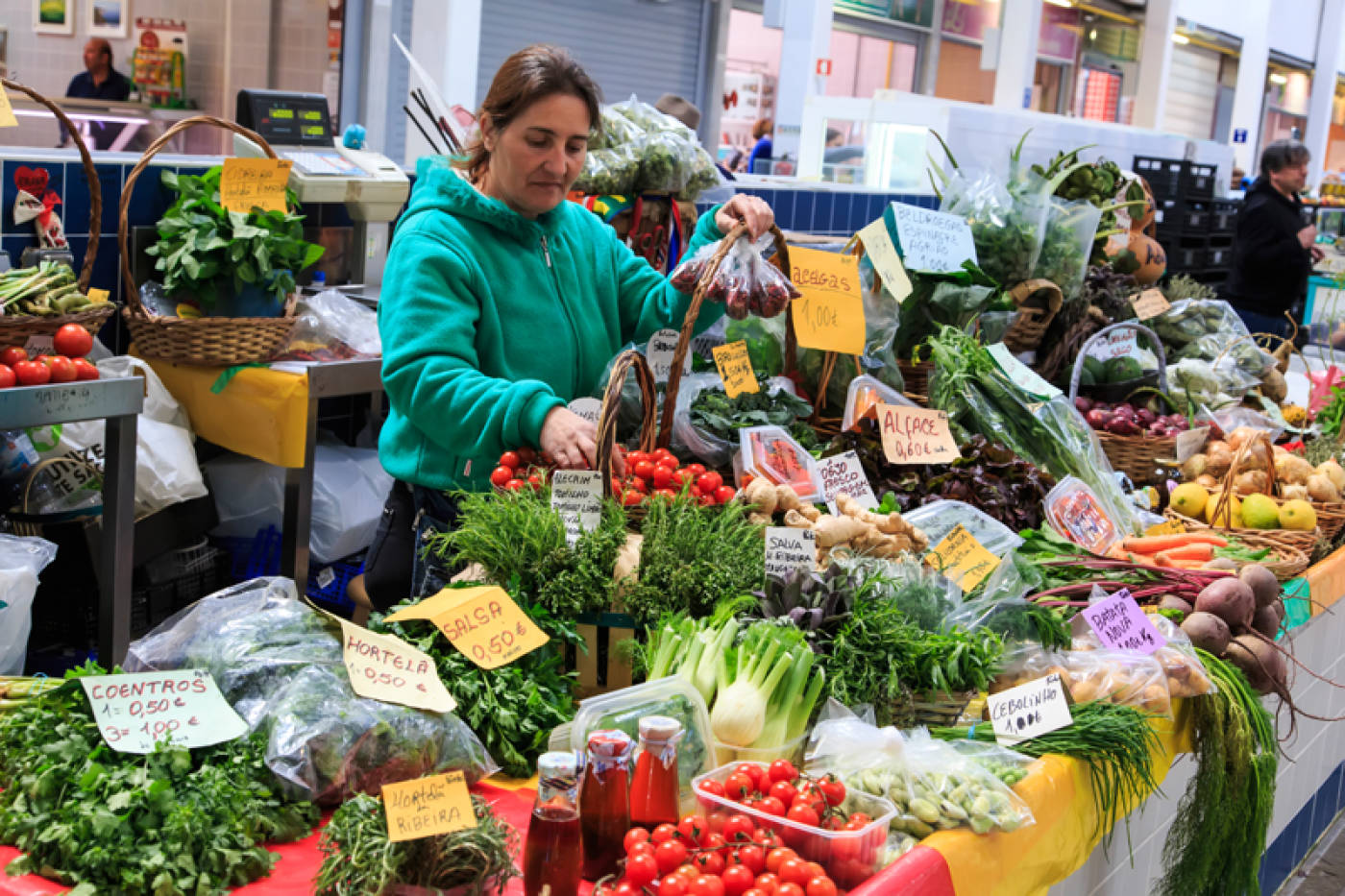 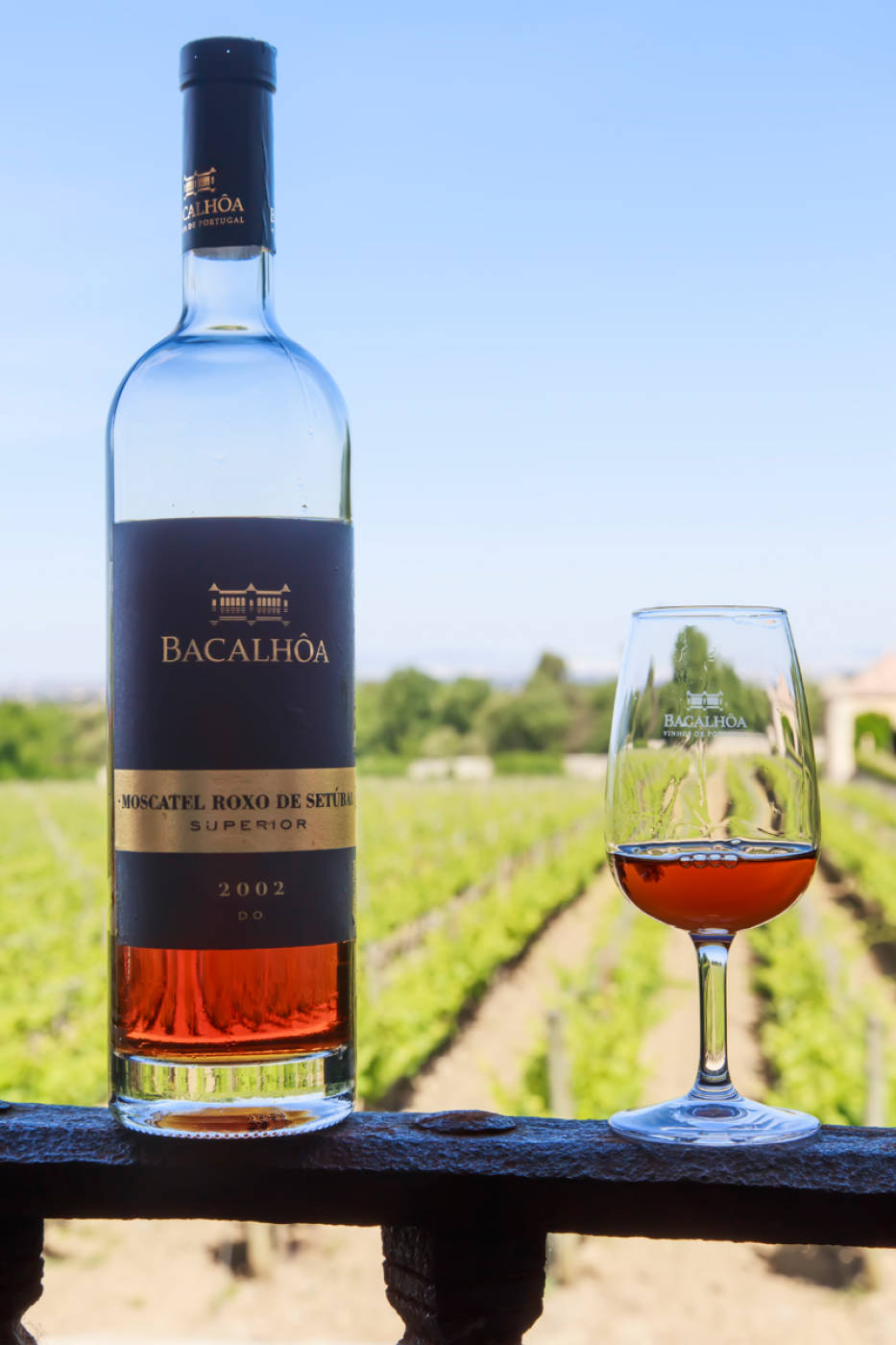 Stroll the steep cobbled backstreets of Lisbon and find tiny tiled patisserie, the social centre of nearly every neighbourhood, hidden around every street corner, each serving up their own delicious array of Pastéis de Nata – Portugal’s famous egg custard tart.

Pastel de Nata is the most iconic pastry in Portugal. Its crunchy, filo pastry, with a soft, warm custard filling, has a piece of Portuguese soul in every bite. Most patisserie have their own take of the original recipe. 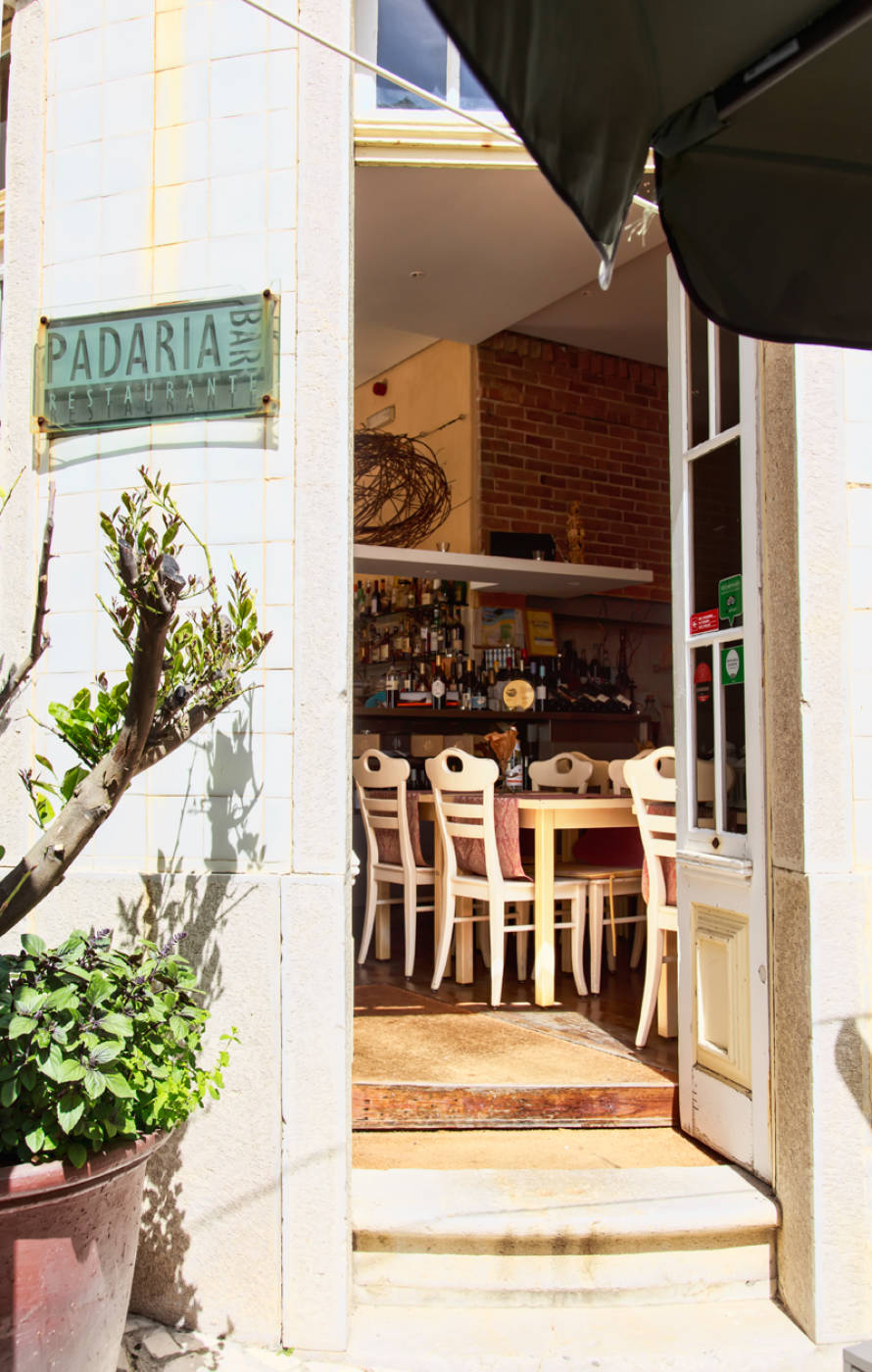 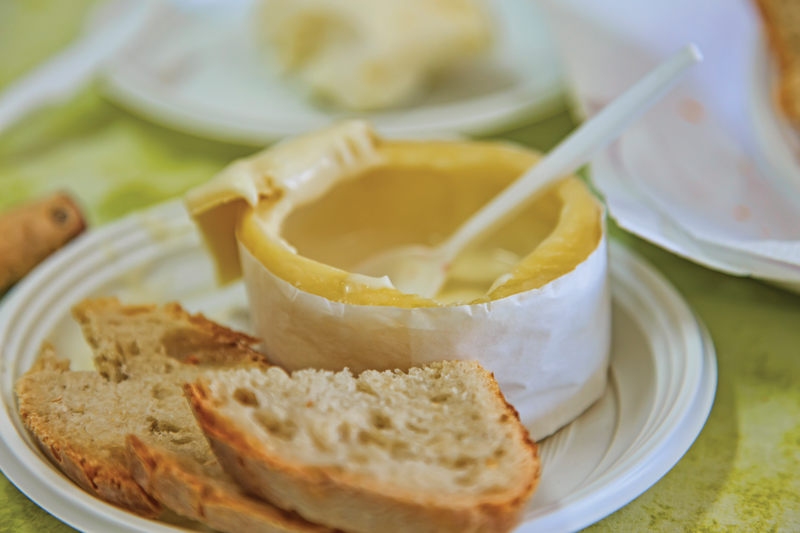 It therefore makes sense to start your pastry pilgrimage at Antiga Confeitaria de Belém – hands down the best Pastéis de Nata in town. They’re well known on the tourist circuit, but for good reason. Outside it’s having with tourists who line the street for pastries to go, but inside, the warren of blue and white tiled rooms (a heavenly maze of custard, cinnamon and coffee aromas) are packed with locals sitting down for a tart or two. The shop sells an average 20,000 of these tiny custard parcels a day and up to 50,000 at Christmas. Says director, Miguel Clarinha: ​“Pastéis the Belém” is made with a secret recipe, invented by the monks who lived next door in St Jerome monastery. In fact, one of the monastery’s former monks is partly responsible for the success of this heavenly bakery. During the 1920 revolution several monks escaped to the bakery (then a sugar mill) and sold the recipe to the owners, who opened the existing Antiga Confeitaria de Belém. The rest, as they say, is history.”

Master confectioner Alcoa is another patisserie worth a visit – their pièce de résistance is the Cornucópia, a cone-like pastry shell filled with egg yolks monastic pastry. ​“It’s a recipe borrowed from the nuns in the nearby Cistercian monastery,” says Joana Alves. ​“All our cakes are hand-made, just like the nuns made them centuries ago in the convent on my hometown of Alcobaça.” paste​lar​ia​-alcoa​.com

It’s not all about salt cod and custard tarts. Portuguese food excels in simplicity and tradition, it’s influenced by Africa and Asia. You can taste it in every workers’ café, smell it in every patisserie, and hear it in every chaotic market. It’s intoxicating, raw, in-your-face and utterly exciting. 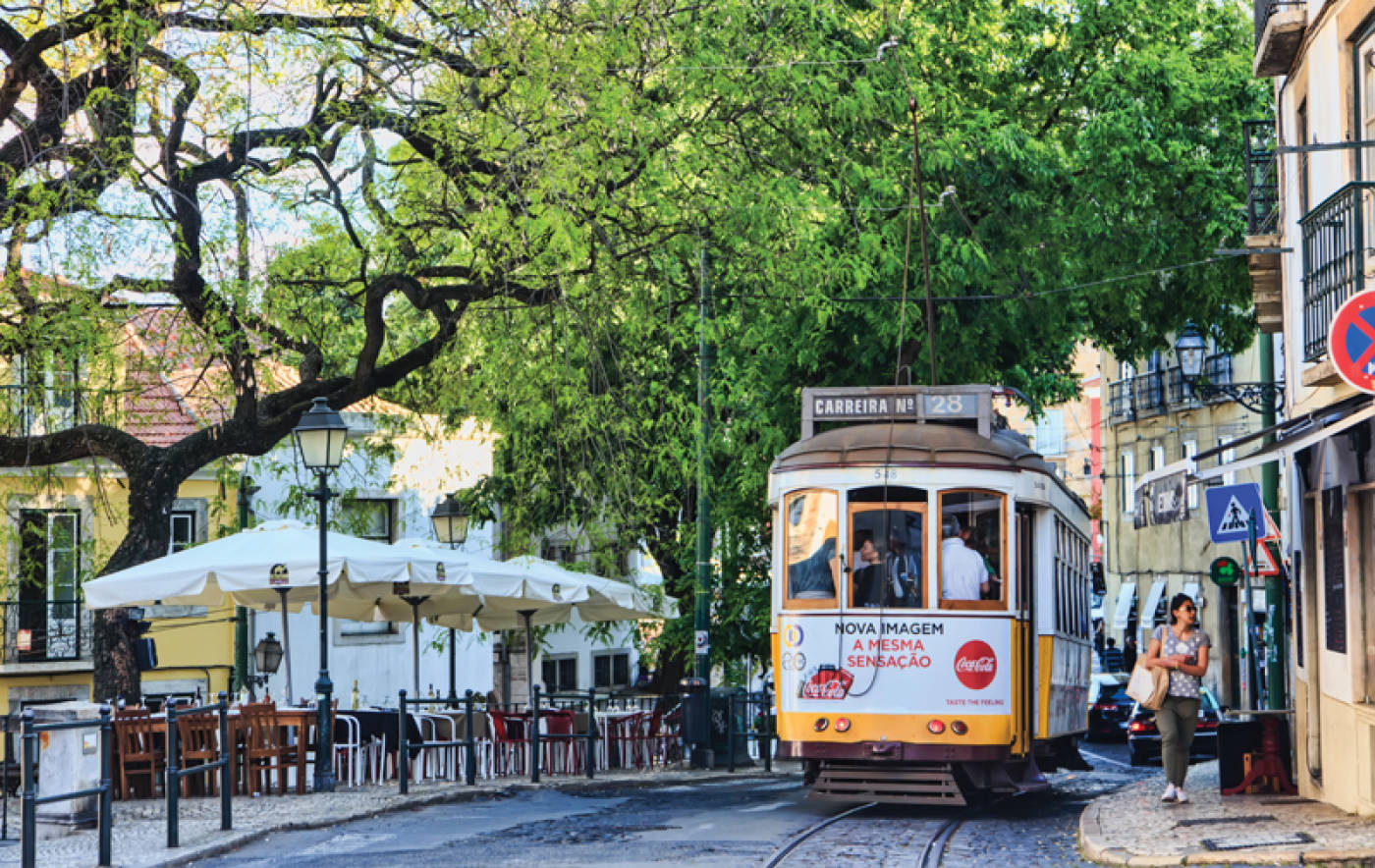 The old-fashioned Manuel Tavares deli, on the smallest street in downtown Lisbon, dates back to the 1800s, selling everything from charcuterie to nuts, wine to cupcakes, chocolates to cheese. manueltavares​.com

Casa Pereira deli is a quintessential shop for those seeking gourmet products. They still use the traditional style of serving customers, weighing produce, with staff dressed to the part. Find them on Facebook.

Must drink
For a selection of unique and interesting ales, pop into Musa Brewery’s Tap Room bar. ​“There was little access to a good local beer”, says artisan brew master, Pedro Liama of Musa Brewery. ​“Which is why Nuno Melo and Bruno Carrilho started Musa.” Sitting on a beer crate in a large warehouse found on the trendy side of town, Pedro hands me an experimental red ale infused with roasted coffee beans. ​“To sass out the market, we first try new beers in the Tap Room, then start selling on a larger scale.” Musa started brewing in 2016, contracting an American head brewer and a British brewing advisor who told them what needed doing. ​“They designed the brewery then got a local Portuguese man to build it for us – which was less than half the price of what Germany could offer.” Using old recipes and craft methods, with an added twist, Musa sell four bottled beers (Mick Lager, Born in IPA, Twist & Shout and Red Zeppelin Ale) to Portuguese distributors and small bars. There are several artisan beer makers in the immediate vicinity which they suggest you also visit. cerve​ja​musa​.com

At the trendy Can-the-Can its traditional recipes with a twist – octopus rocket, Dijon mustard with black cuttlefish, tuna samosas with paprika, zucchini wrapped around a spicy sardine. Bold flavours embraced in subtlety.
can​thecan​lis​boa​.com

Considered one of the great Portuguese chefs, Michelin starred, Jose Avillez, is part of the new generation shaking up the capital’s restaurant scene with ultra-modern takes on gastronomic tradition. Of his six restaurants, the recommended one is the deli-come-tavern styled Bairro Avillez. This is where seafood is king – as attested to by my grilled squid served with black rice, chorizo and garlic kimchi mayonnaise. joseav​illez​.pt/​e​n​/​b​a​i​r​r​o​-​d​o​-​a​v​illez

Must sleep
The city centre’s Hotel Heritage Liberdade is quite splendid with its shuttered windows and muted colours. Be sure to ask for a corner suite for a double aspect across the city. her​itageavliber​dade​.com