The Romney Marsh’s glorious countryside and stunning coastline creates an amazing array of products. The care and passion of its artisan food producers will preserve this landscape for generations to come. 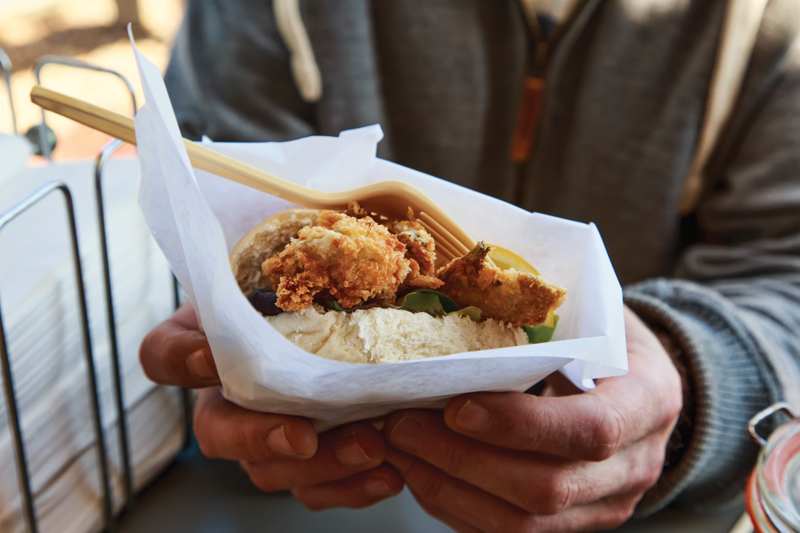 The meadow lady
I was introduced to 230 Friesland dairy cows by third generation farmer Doug Furnival, and his wife Amber, at Honeychild Manor Farm Dairy – a 600-hectare organic working dairy and arable farm in Romney Marsh, England. The cows, milked twice a day, produce around 30-litres of milk each, which remains unpasteurised.

Interestingly, I learnt that pasteurisation kills ​‘good bacteria’ but does not remove the dead cells. Consequently, the processed milk quickly decomposes, while undesirable germs multiply. Besides destroying part of the vitamin C contained in raw milk and encouraging growth of harmful bacteria, pasteurisation also turns the sugar of milk (lactose) into beta-lactose which is more soluble and rapidly absorbed into the system. Pasteurisation’s worst offence is that it makes calcium insoluble which leads to a host of issues related to calcium deficiency. It also destroys 20 percent of the iodine present in raw milk and generally takes from the milk its most vital qualities. All of which goes a long way in explaining the causes of lactose intolerance.

Here are a few telling photos of the Doug and Amber’s buxom meadow ladies at milking time. A lot of cow photo-bombing took place. 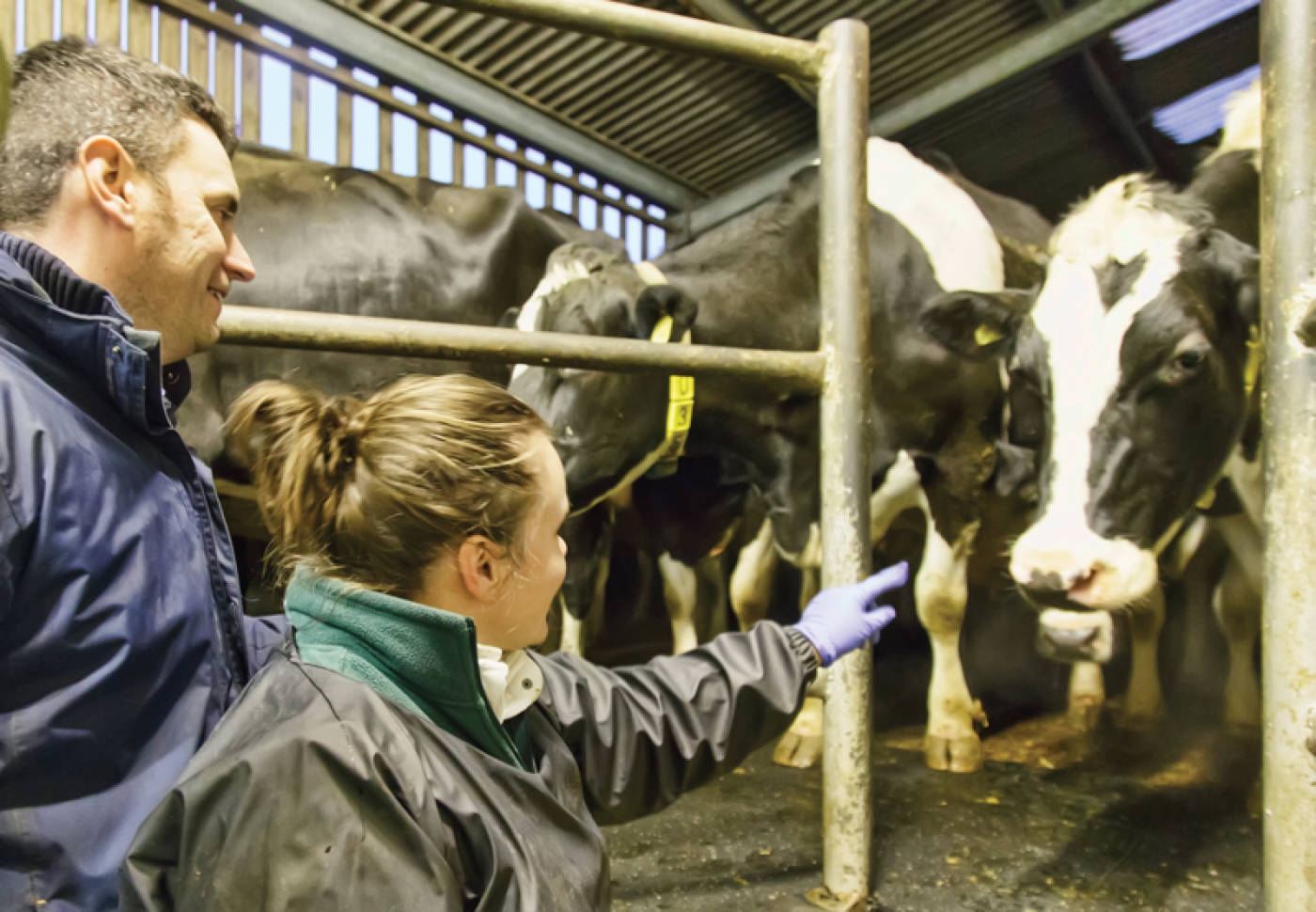 Says Amber: ​“We’re very proud of our girls and we love people to see that they’re happy, loved and respected.”

Full fat, raw milk (the real McCoy) is available from the farmyard’s vending machine, along with ​‘honesty box’ cream and eggs. 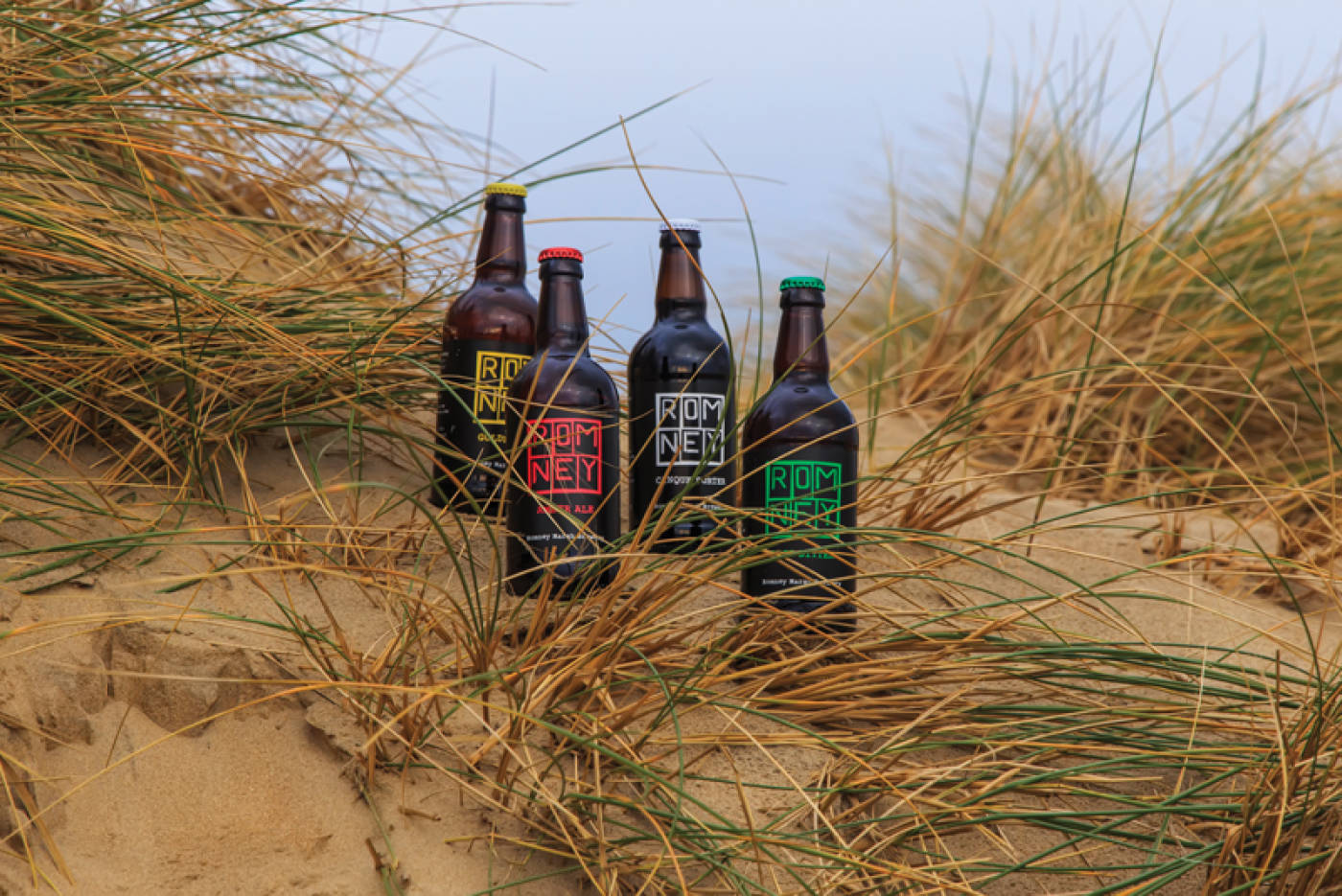 The ale man
Matt Calais, a former television producer, with strong connections to the Romney Marsh, realised his micro-brewery dream in May 2015, when he launched the Romney Marsh Brewery.

Following the sale of his London home, he moved to the Romney Marsh and commissioned a bespoke brewery installations firm to design the innards of the brewery. The equipment is smart and modern – a 12-barrel kit, with a mash tun, plus a copper, and a water tank in wood jackets.

“I’ve always enjoyed ale,” says Matt, ​“and began home brewing four years ago, with a view to setting up my own brewery. Now I hand-rear around 1,500 litres – 40 percent bottled and 60 percent cask – three times a week here, on the Kent frontier.”

Once done with the wheat and barley used in the brewing process, it’s taken to feed the cattle at nearby Honeychild Manor Farm Dairy.

“The biggest learning curve is ensuring our bottled beer replicates the taste of our casks. We have six distinctive ales and the flavour needs to be a constant. Getting the taste just right is a challenge and has me adding more hops to the bottled brew.”

The slow smoke
Joldine Moate, a qualified fashion designer and dressmaker, picked up where her now retired father – an artisan smoker – left off. From her home on the Romney Marsh, she continues the time-honoured techniques handed down through generations of fishermen who preserve their catch through salt and wood smoke. 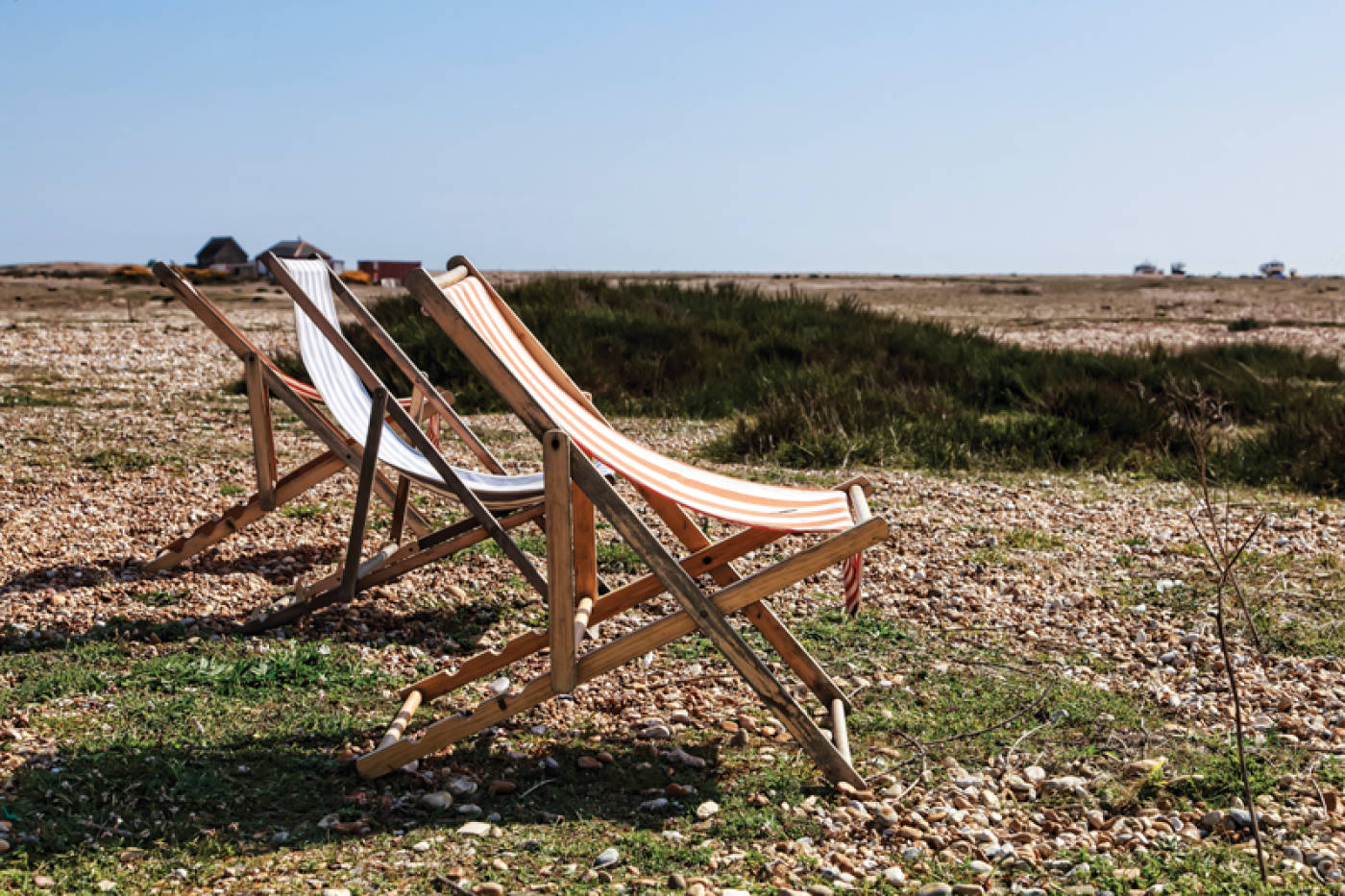 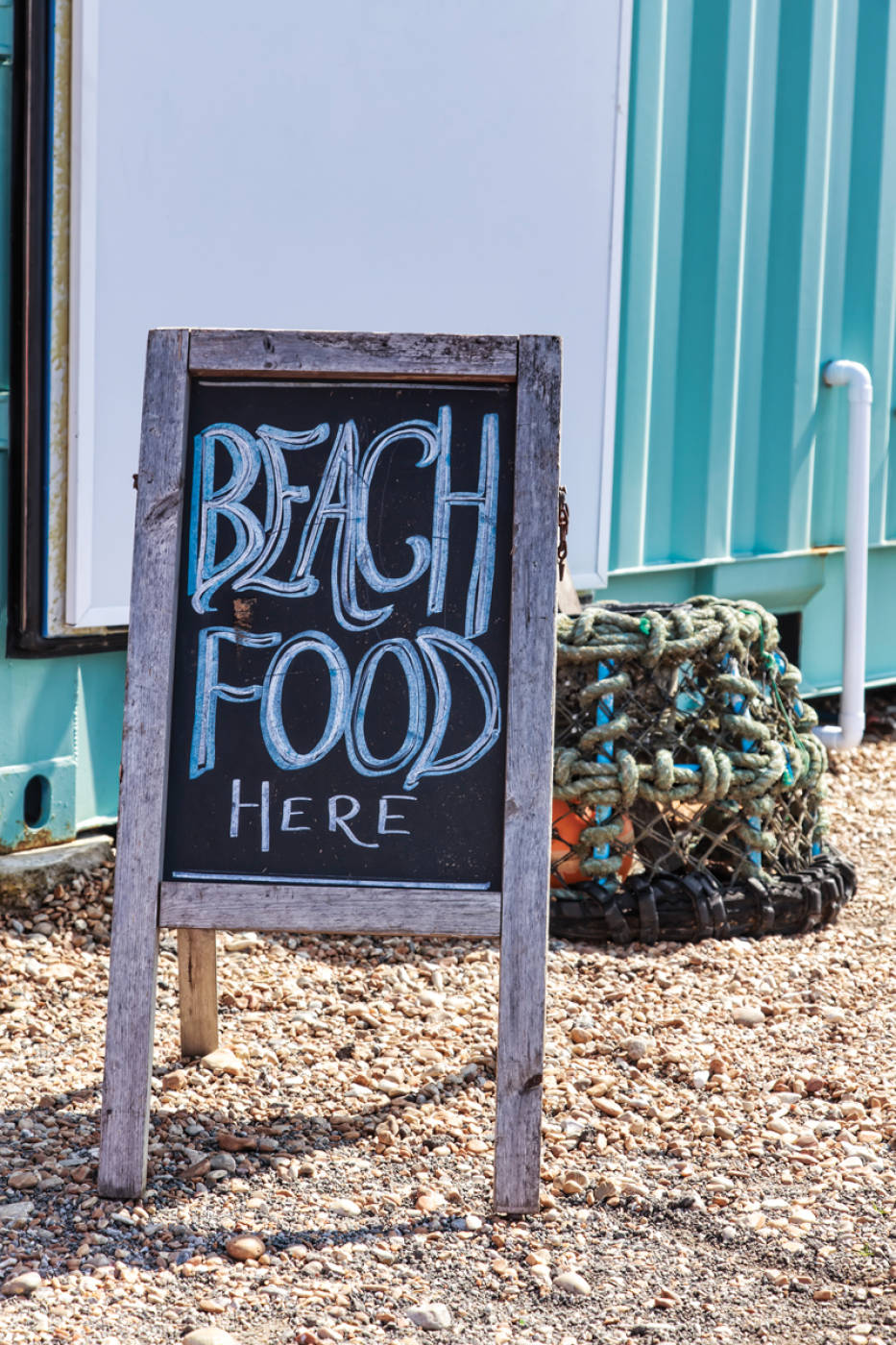 “I grew up living right here on Dungeness beach,” says Joldine. ​“Every winter we would kipper and bloat herrings, stick-up spratts and smoke a Christmas ham. My father saw a niche market for smoked produce, which is how it all began.” Compelled to uphold the family name in traditional artisan smokery methods, Joldine explains the process.

“The fish is steeped in a salt-water brine mixture, then air dried to form a ​‘pelicle’ which helps the smoke penetrate and adhere. Once dried they’re placed on racks or hung to smoke above a smouldering cylindrical cone of wood chips in the Herring Hang. I use mostly oak chips, but sometimes it’s damson, blackthorn, maple or apple – the fruit woods give a little more sweetness to the final taste, whereas oak gives it depth and a fuller, stronger flavour. Different products are placed at different positions in the Hang, depending on the wind direction, humidity and temperature both inside and out. When the smoking is done, we quickly chill the fish and pack them, ready for delivery.”

Joldine smokes to order, so her locally-caught fish is always freshly prepared. Her footprint aware customers are a niche group of regulars who seek out her produce from good local pubs, farm shops, butchers and delicatessens. She’s also become a favourite for smoked cheeses like cheddar, Stilton, Parmesan, goats cheese, as well as garlic and gammon.
thedungenesssmokery@​gmail.​com

The eatery
The Dungeness Snack Shack is a modest seafood beach café cross food truck found in the desolate and crow-lonely backdrop of Dungeness beach. It may be humble, but they serve the freshest ingredients, with outdoor seating in a bizarre, sometimes surreal, but always beautiful landscape.

Fishermen’s rolls or Mexican-style flatbreads are filled with whatever is the catch of the day landed on the beach by the day-boats (which are part of the UKs inshore fleet) owned by proprietor Kelly Smith’s family who have been in the fishing business for more than 300 years. Now, her brother and uncle each skipper a day-boat, and her retired fisherman father, runs the wet fish hut next door.

“We use a method called static net fishing,” says Kelly. ​“It’s a low-impact technique using different sized nets to target specific species of fish. So, who knows what the boys will bring in tomorrow. It could be sole, brill or huss – but it’s always fresh; and if you want to take some home, go see my dad in the fish hut next door.”

The Snack Shack is a seasonal business, open from early March till the end of November. Check out their Facebook page for specific opening days/times. face​book​.com/​s​n​a​c​k​s​h​a​c​k​.​d​u​n​g​e​n​e​s​sfish

It’s all about artisan food and craft drink, farm shops and delis, cafes, pubs, roadside eateries and breweries. You can opt to collect the produce from a parked-up farm truck, or have it delivered to your door.

It’s all about community. 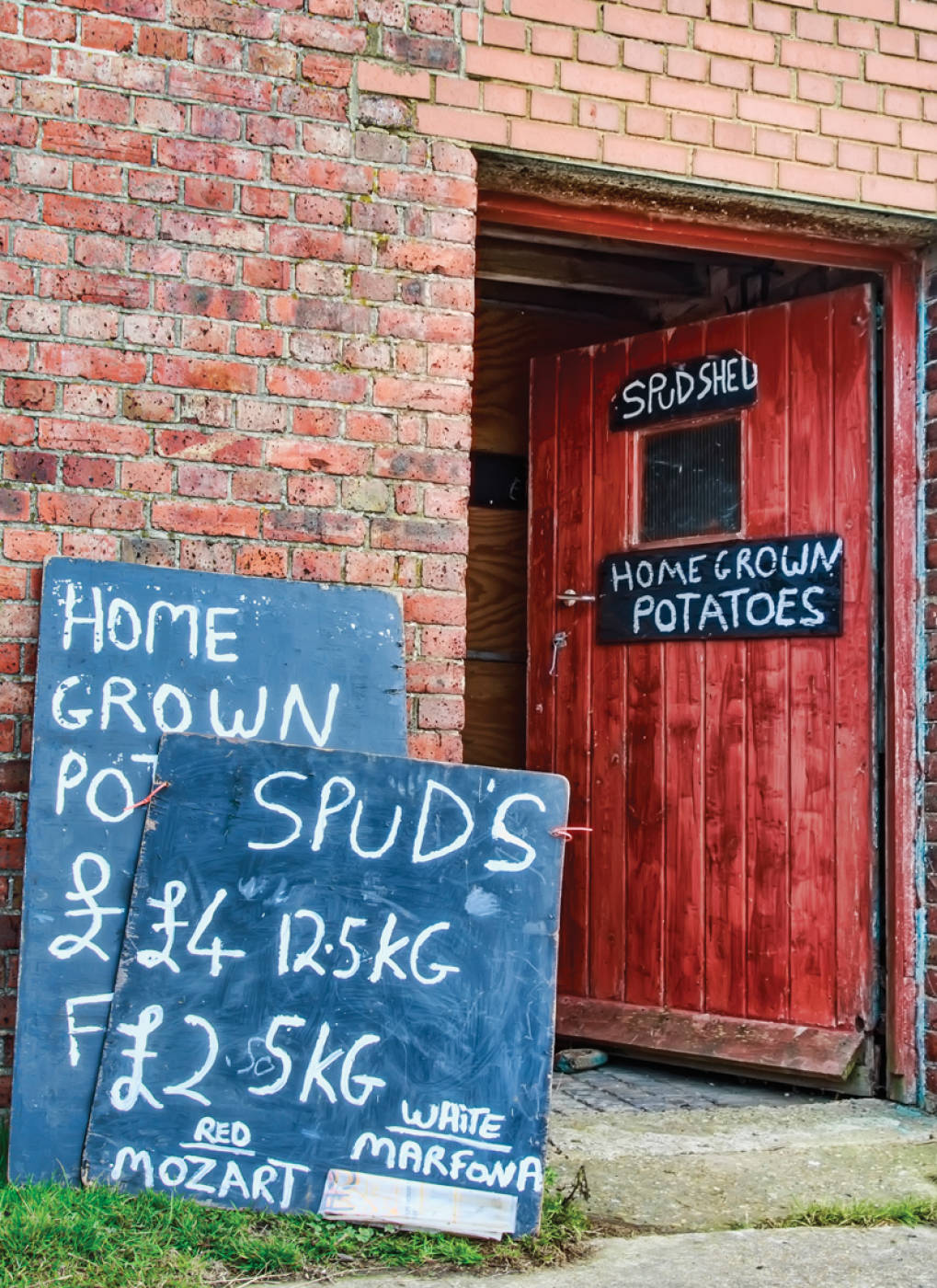