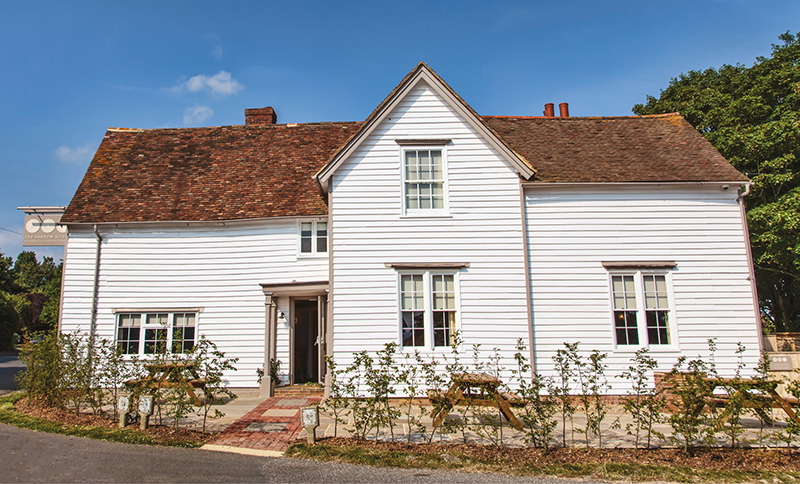 You cannot move ten feet in this country without bumping up against some striking reminder of a long and productive past. Wherever you turn you are confronted with wondrous and interesting things – 20,000 scheduled ancient monuments, 600,000 recorded archaeological sites, 140,000 miles of public footpaths, 280,000 miles of hedgerows, 100,000 war memorials, 6,000 listed bridges, 15 National Parks, 86 Areas of Outstanding Natural Beauty, over 4,000 sites of Special Scientific Interest, 20,000 ancient parish churches – in fact, there are more listed churches than there are petrol stations (of which there are 8,455). Isn’t that an amazing fact? If you decided to visit one of those churches every day, it would take you more than 54 years to see them all.

Kent has more castles, stately homes and public gardens than any other region in Britain which, in 2016, generated £3.6‑billion via an invasion of 60.6‑million tourists. Fortunately, only a sparse handful found Egerton, which is nine miles north-west of Ashford along mostly twisty country roads; it sits on a 350ft high ridge overlooking the beautiful Weald.

The award-winning village, home to around a thousand residents, is surrounded by orchards and arable farmlands, Kentish Barns and Yeoman Hall Houses. There are period homes dating to the 15th century and a village church that is two centuries older. A substantial part of the village is a designated Conservation Area which brings with it numerous listed buildings and protected trees. 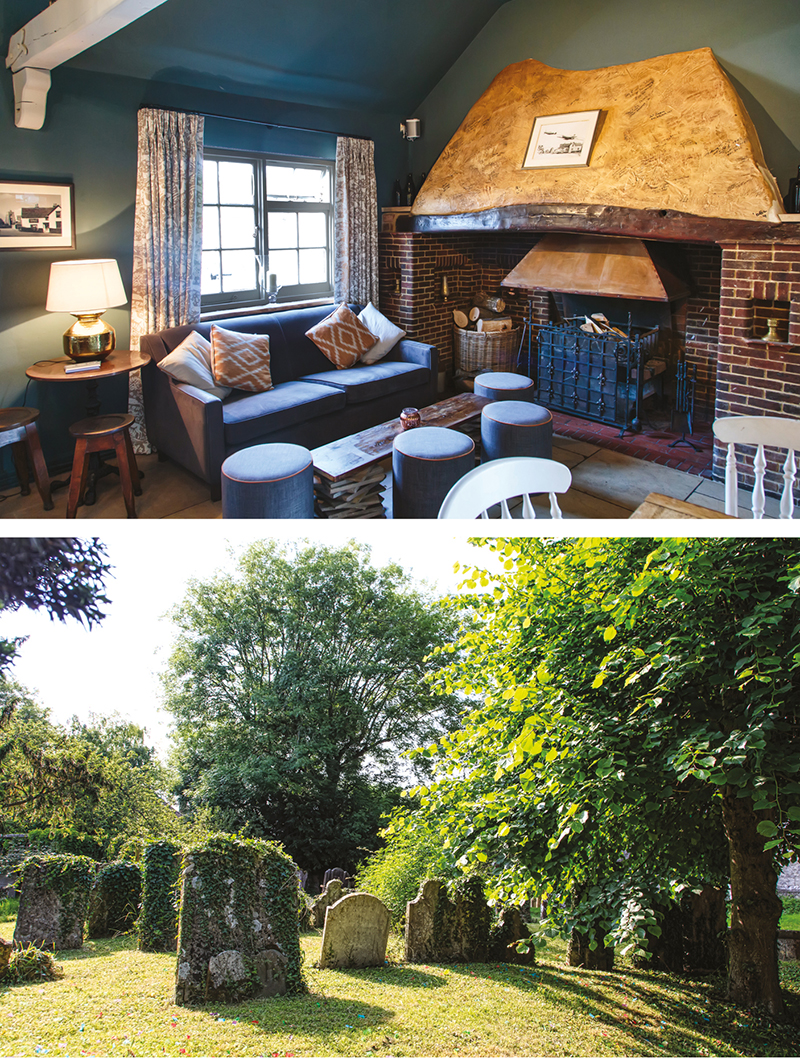 With only one village shop you’d think that not much happens in Egerton. But you’d be wrong. It buzzes with every kind of society and club imaginable, plus the quintessential white weather-boarded village pub, ​‘The Barrow House’, a Grade II Listed Inn, which was a farm house for its first 153 years then, in 1729, became a pub.

In 2016, The Barrow House’s new owners, Sarah and Dane Allchorne, stepped in and sympathetically restored the building, keeping its original features including the original timbers from sailing ships found behind its timber frame. They also took care to keep the original ceiling beams, Kent peg-tiles and more recently, signatures of American WW2 airmen below a sketch, hung on the inglenook fireplace, of a Spitfire and an F15.

With its long bar, stone floor and cosy nooks, the whole feel of The Barrow House is one of contemporary, upmarket and countrified charm (with not a slot machine, pool table or jukebox in sight). The chalk coloured Farrow & Ball paints in Inchryra Blue and Oval Room Blue give an airy feel to the whole buildings which has a dairy theme running through it (spot the miniature milk urn served with coffee at breakfast).

Sarah and Dane have done a remarkable job in restoring this pub. Sure, it may be glammed up and trendy but it still retains the country feel with a garden and outside terrace area made perfect for sundowners. 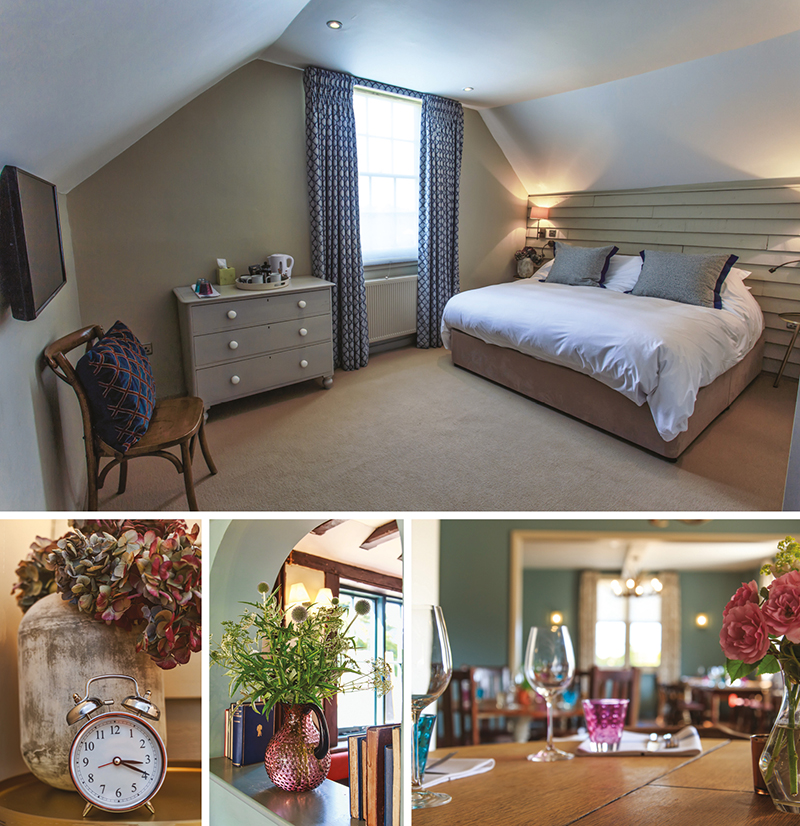 ROOM AT THE INN

There are three generous en-suite rooms above the pub – The Bowl, The Bell and The Disc (so named after bronze-age burial mounds located in the area). Mine, ​‘The Bowl’ is Skandi minimalist-chic in Farrow and Ball shades of taupe, circular brass bedside tables, a stone vase containing chrysanthemums, a few pieces of reconditioned furniture, contemporary fabrics, a massive bed with crisp white linen and wooden planks as a headboard. The bathroom has a rainwater shower above the bath and luxury Romney Marsh toiletries. There’s a good supply of in-room tea and coffee and I like the touch of having a fridge stocked with water and fresh milk, in pint size glass bottles, in the corridor outside.

What I like most about my room is the view through the sash windows to the handsome village church that was built two centuries before America was discovered. It has been standing there, adding a little touch of nobility and grandeur to the landscape, for more than 600 years. I find that a fantastic statement. And here it is, an anonymous country church, treasured by a few aging parishioners. 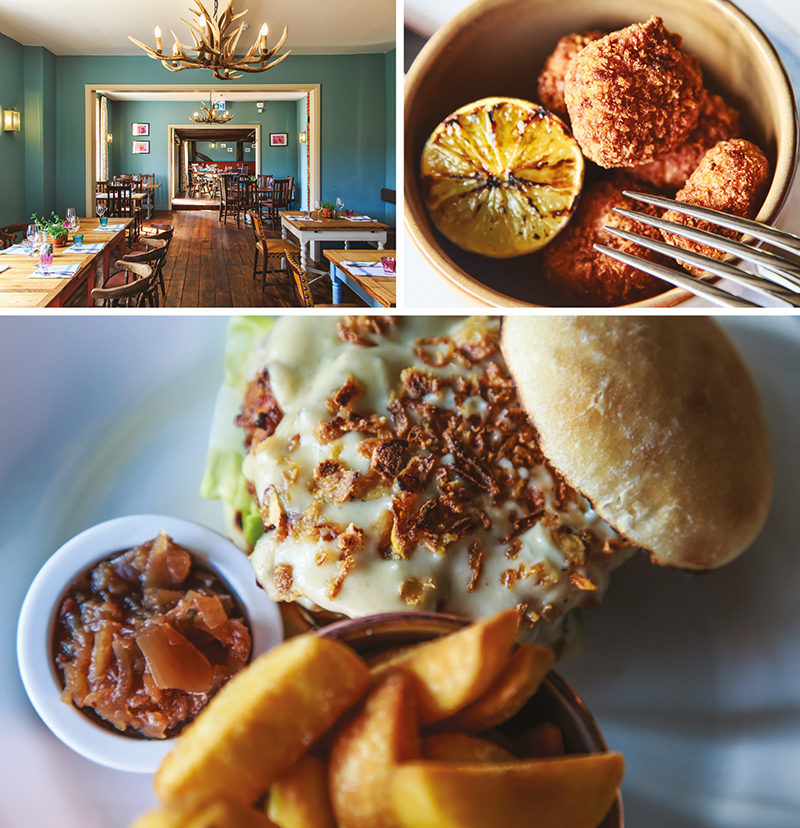 The partially beamed dining rooms (split into three adjoining rooms), with its antler chandeliers, some exposed bricks, polished oak floor, and elegantly distressed furnishings, is effortlessly stylish. The kitchen’s ingredients are seasonal, so the menu changes regularly. The burgers and bread are made in-house every day and includes adventurous dishes that are smoked or chargrilled.

The menu has interesting starter options of ​‘grazing’, ​‘small plates’ and ​‘tear and share’. I opt for the devilled crab and crayfish cakes with chargrilled lime. For mains, the classics are on offer – burgers, bangers, or fish. Alternatively, the more interesting option is the chef’s selection of land, sea and soil dishes. Knowledgeable serving staff guided my choice to the skate wing, which arrives thick, juicy, packed with flavour, crushed new potato, and lemon-caper butter. For dessert, I have a slice of mouth-watering pistachio and almond cake with Greek yoghurt and honey. A great deal of thought has gone into the menus flavour pairings.

The Barrow House’s delicious food is definitely not conventional pub grub, there are no sashayed condiments in wicker baskets on the table and the wine list is impressive, so take a seat at the window, drink in your surroundings, a bottle of Stellenbosch Chenin, enjoy the tranquillity and really good food.