Founded in 1971, Carr Taylor Vineyards have won over 30 awards over the decades. 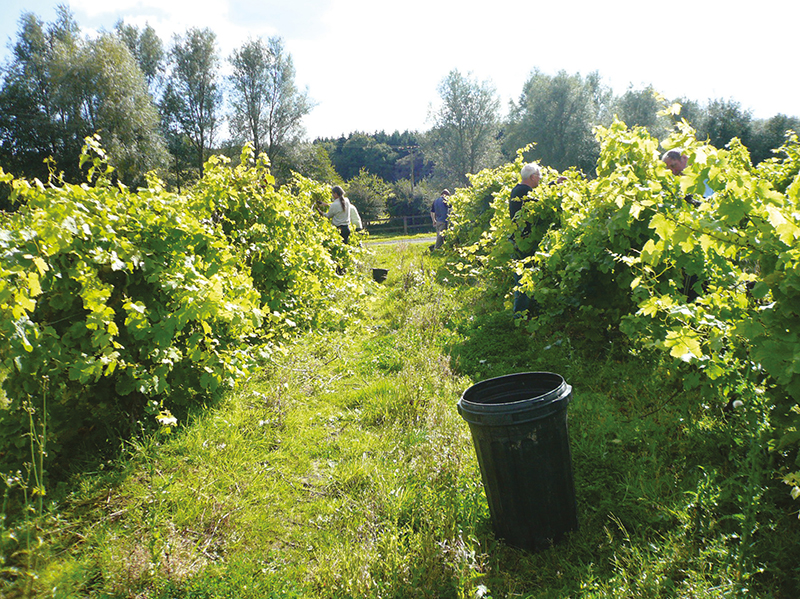 ‘We started planting the 21 acre farm site with vines in 1971, converted part of the farm buildings into a house and the rest eventually became the winery, shop and bonded warehouse. As time went on and demand for the wines grew, we planted an adjacent 16 acre site in the early 1990s, bringing the total area of vineyards to its current 37 acres.

Over the first six years, from 1971 to 1977, the initial 21 acres were gradually planted up with modern German varieties chosen for their ability to ripen in our cool climate. The majority of the grapes are white, but some Pinot Noir and German red varieties such as Dornfelder were also planted. (For more information on the varieties, see grape varieties.)

It was in the glorious summer of 1976 that the vineyard produced its first commercial crop. Our current winemaker, Alex, was then only 7 years old and remembers the buzz of excitement as it was very much all hands on deck – friends and family were roped into picking the grapes at weekends, for payment in wine months later when it had been fermented and bottled, and a record-breaking 2 tonnes were picked that year!

As our experience ​‘matured’, the wines started developing their now distinctive English character; crisp and aromatic, with delicate citrus, apple and pear notes. It wasn’t long before they started winning a variety of prestigious awards. The awards started with our 1981 Gutenborner winning a silver medal in the 1983 International Wine & Spirit Competition, the 1982 Kerner Huxel winning Bronze at the English Wine of the Year and the 1982 Schönburger winning a Medaille D’Or in the Challenge International de Vin. Since then we have won over 180 awards.

Although we use the same method as Champagne for our sparkling wines, we use different varieties grown in a different soil. The way we make the wine concentrates on maximising those differences to produce a fruitier, more flavoursome wine rather than trying to emulate Champagnes. However, the traditional Champagne varieties have done extremely well, and there are many consumers who like the idea (and taste) of more traditional sparkling wine. It was with this in mind that we chose Pinot Noir and Chardonnay for a large part of our recent replanting, with a view to produce a more traditional Champagne when these come into production. 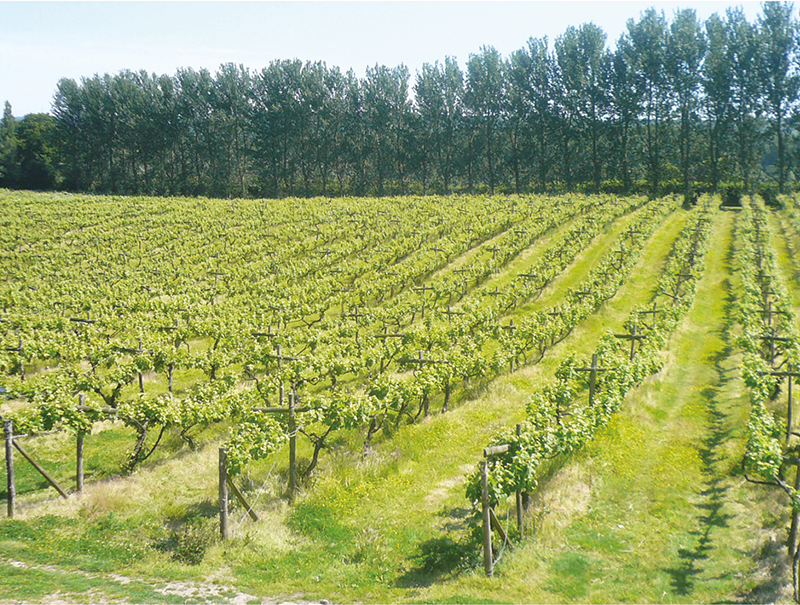 Ours is very much a family business, and as more and more vineyards are being planted across the south east we are looking to the future and are able to use our decades of experience coupled with what was an almost perfect summer in 2018 to extend our range and increase production of the award winning wines we already create.’