Why do we insist on going abroad when there’s so much to enjoy here in our own country? Clive Agran begins his ​‘Away in the UK’ series with a trip to Bath.

To the substantial list of what the Romans have ever done for us – sanitation, medicine, education, wine, public order, irrigation, roads, the fresh water system and public health – should perhaps be added the city of Bath. For it was the Romans who first developed a significant settlement where Bath now stands. Although the seven hills that surround it must have helped make them feel right at home, it was the thermal springs that attracted them. They called the place AquaeSulis (the waters of the goddess Sulis)and developed what we would nowadays call a substantial recreational facility. And so the very first thing I did when I arrived was visit the Roman Baths, which are conveniently located right in the centre of town. 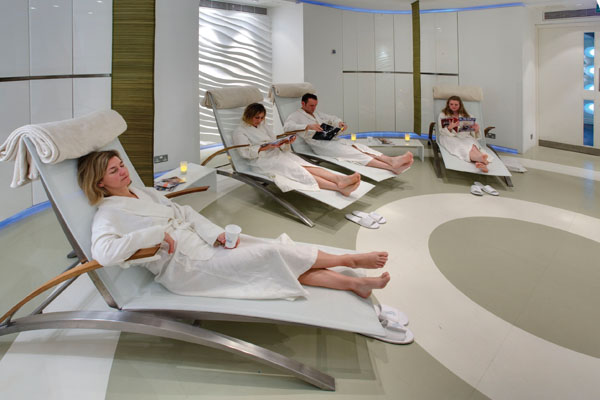 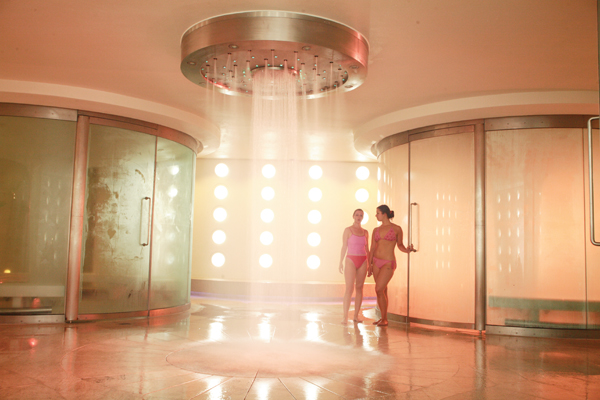 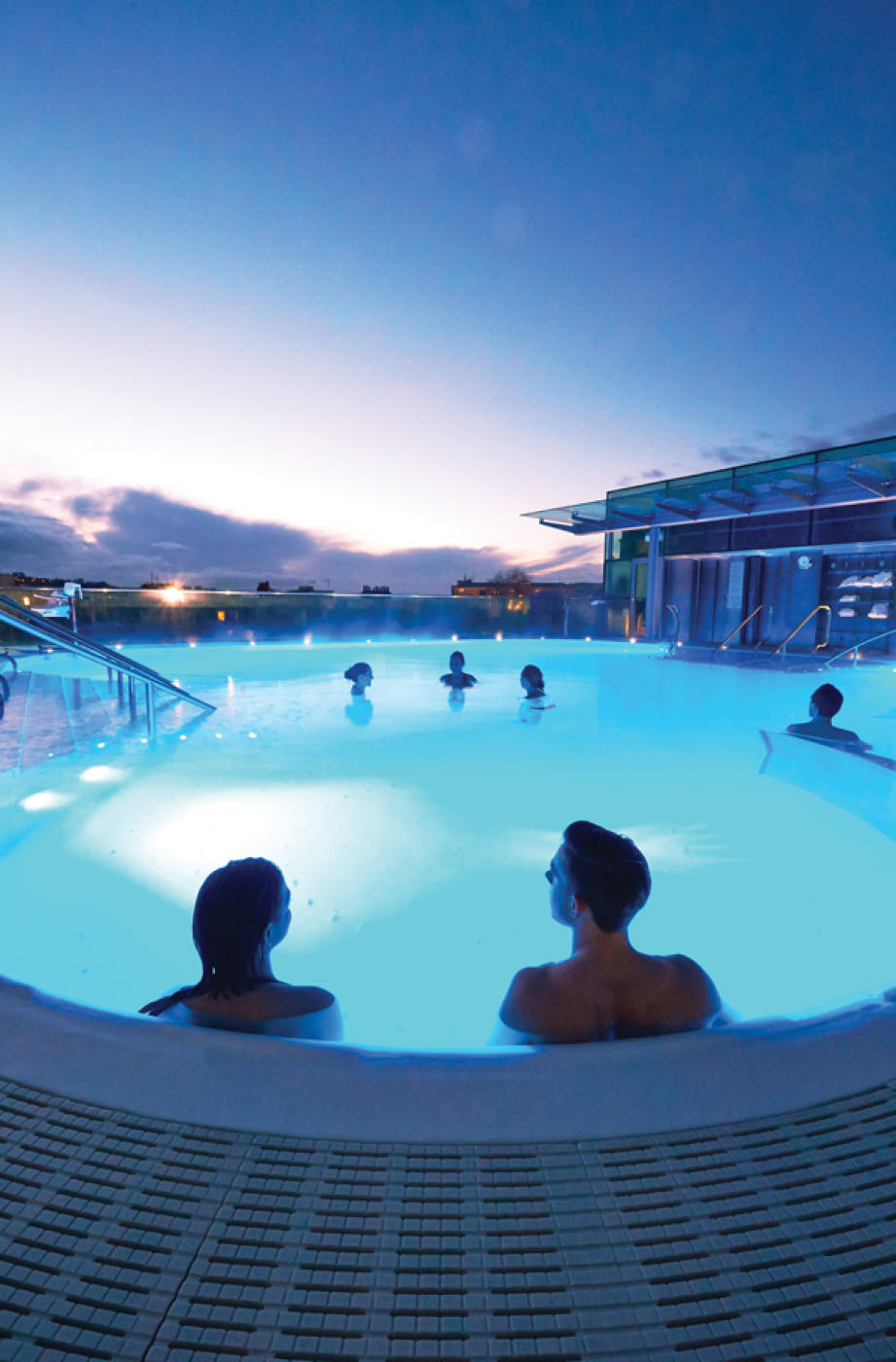 It’s Britain’s one and only hot spring and, like a prototype Jacuzzi, you can see the water bubbling up into the original Roman bath. It’s an extraordinary phenomenon and over one million litres shoot up every day from way down at a remarkably constant 46 degrees Celsius. As well as an extensive bathing facility, the Romans also built a temple on the site, the ruins of which have been carefully excavated to provide an astonishing glimpse of life 2000 years ago. 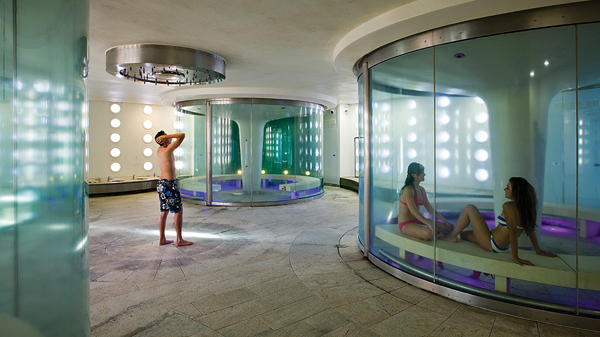 There are hundreds of artefacts beautifully displayed and part of a hoard of 17,000 coins that was only recently discovered. You can walk on the paving slabs where Romans walked and lean against walls they will have leaned on. And at the end you can sample the spring water that tastes so awful it has to be good for you. 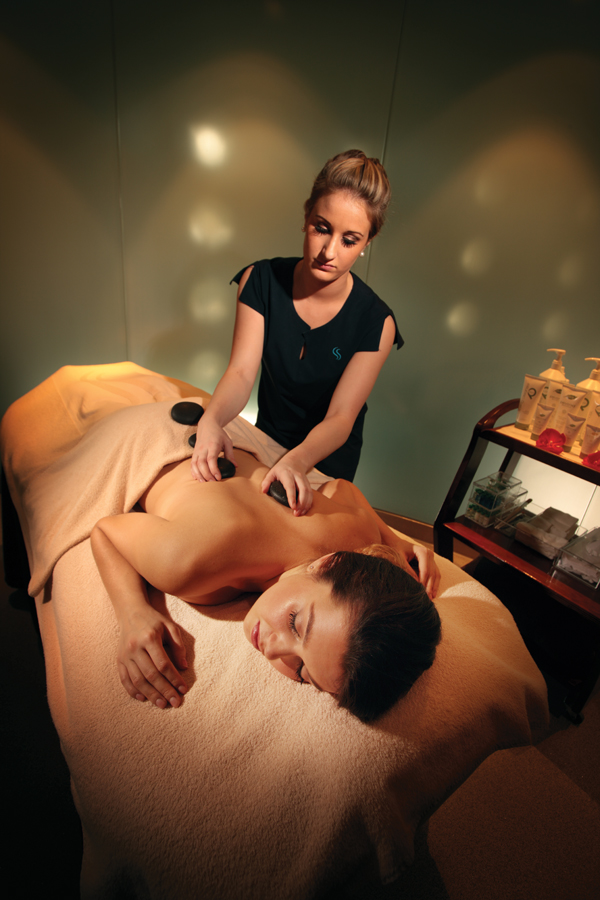 Despite feeling slightly bilious, I immediately hopped on a Sightseeing Bus for a tour around this extraordinarily beautiful World Heritage city. I learnt a lot. For example, ​‘Spa’ is an acronym of the Latin ​‘Salus Per Aquam’ (health through water) and ​‘avon’ is Celtic for ​‘river’ and so the River Avon is really the ​‘River River’. Perhaps more importantly, I discovered that John Wood the Elder, an architect who lived in the first half of the 18th century, was responsible for the striking Georgian, neo-classical architecture for which Bath is hugely famous. The sensuous curves and appealing symmetry are incredibly easy on the eye. John Wood the Younger carried on where his father left off and was responsible for the magnificent Royal Crescent. 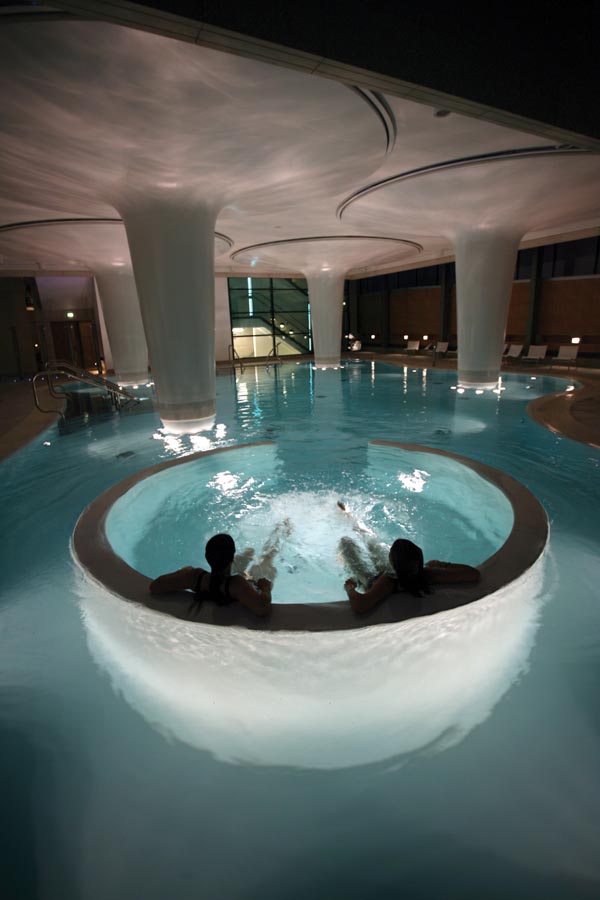 After a gruelling day’s research, I was fortunate to be able to lay my weary head right in the middle of that very same crescent at arguably Bath’s best hotel. The Royal Crescent Hotel and Spa is discreetly located in the dead centre of the crescent and entering the front door is a thrill in itself. Inside is every bit as beautiful as the exterior. Exquisitely furnished and very tastefully decorated, it’s more palace than hotel. And the surprisingly large garden in which one could take one’s tea, is as pretty as it is unexpected. As well as a spa, on the far side of the garden there is the superb Dower House restaurant, in which I enjoyed the finest piece of turbot of all time.

The next morning I strolled along the road to Number One, Royal Crescent, which is a faithful re-creation of what a Georgian house would have been like in Jane Austen’s time. All the rooms have been dressed with authentic furniture and artefacts and in each there is someone more than happy to add a bit of colour or answer any questions. If nothing else, it dramatically illustrates the upstairs/downstairs divide of that period.

Bath has masses of museums. Not untypically, I chose to go round one that offers free admission… the Holbourne. Occupying an impressive neo-classical building in Sydney Gardens, it provides the perfect home for a beautiful display of paintings, sculpture, silver, porcelain and furniture based around a collection created in the 1800s by Sir William Holbourne. Among the museums I should have visited but didn’t is the Fashion Museum, the Museum of East Asian Art, the Museum of Bath at Work, the famous American Museum, the Jane Austen Centre, the Bath Postal Museum and the Herschel Museum of Astrology. Because Bath is so beautiful and endlessly fascinating, wandering along its paved streets is in itself like walking around a giant, open air museum.

You could happily spend a whole week exploring this great city but I only had two days and therefore time for one more activity. Among those I considered was a boat trip up the river, climbing to the top of Bath Abbey and taking afternoon tea in the Assembly Rooms. The one I rejected without a moment’s hesitation but which might appeal to some, is shopping in the new SouthGate Centre. Rather less unappealing is wandering around the shops in the downtown streets and cobbled alleyways.

In the end I opted to acknowledge Bath’s origins by visiting the very modern Thermae Bath Spa. A multi-storey facility, it has swimming pools in the basement and on the roof sandwiched around treatment rooms, steam rooms and a restaurant. The outdoor rooftop pool is the principal attraction both during the day and night. Fed by the natural spring water that’s both delightfully warm and rich in minerals, some of which surely must be beneficial, it’s great fun. You don’t swim but, with the aid of a floatation device, simply lie there and develop an understanding of why the Romans liked it so much. Every so often a burst of bubbles invigorates proceedings.

Will they, I wonder as I bade farewell to beautiful Bath, uncover the Thermae Bath Spa in a couple of thousand years, exhibit a few swimming costumes, mobile phones and 50p coins and try and imagine what life must have been like in the 21st century?