A haven for free-thinkers, drag queens, hippies, beatniks and bohemians, the ​‘City by the Bay’ lives by its own rules and is utterly irresistible because of it. 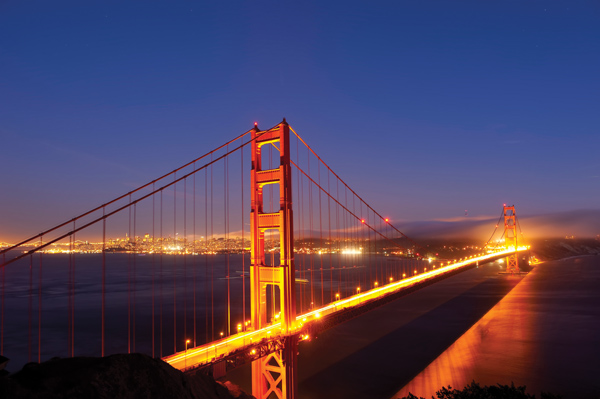 San Francisco is the one your mother warned you about. It’s pierced, tattooed, laughs too loud, and drinks and smokes too much. While most cities seduce you with their subtle charms, San Francisco just knocks you on the head and drags you in. San Francisco will slip something into your drink when you’re not looking. How else could you fall for an ill-tempered wild child with such a bad-ass reputation? But love her you will. 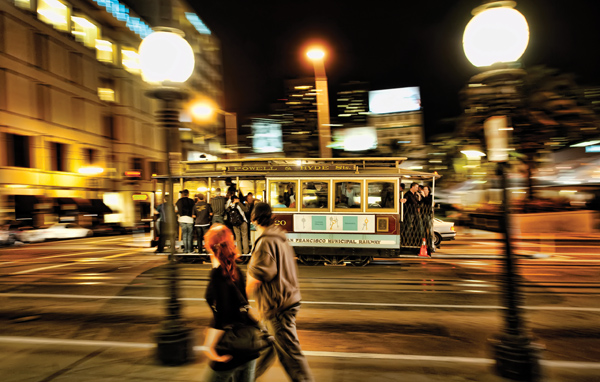 Perennially dubbed America’s favourite city, San Francisco is high on every traveller’s must-visit list. To help you avoid the common pitfalls most first-timers make in San Francisco (for starters, don’t call it Frisco), here’s our short list of must-nots.

If you’re serious about fish, don’t eat seafood at Fisherman’s Wharf
It’s not that the seafood isn’t fresh, but in the hands of the assembly-line chefs, it’s generally overcooked, badly sauced, and overpriced. Instead eat at Swan Oyster Depot. For fresh-off-the-boat shellfish, queue up beside the locals at Swan Oyster Depot, a century-old landmark with just 20 stools lining a marble counter. With the exception of a creamy New England-style chowder, the entire menu is cold – oysters on the half shell, cracked crab, smoked fish and shrimp salad tossed in Louie dressing (a sort of Thousand Island without pickles). It’s perfect picnic food to take to nearby Sterling Park, atop Russian Hill, where you can gaze out at the glittering blue bay as you lunch. But get there early: Once the lunch rush ends and the fish runs out, Swan Oyster Depot closes up shop. 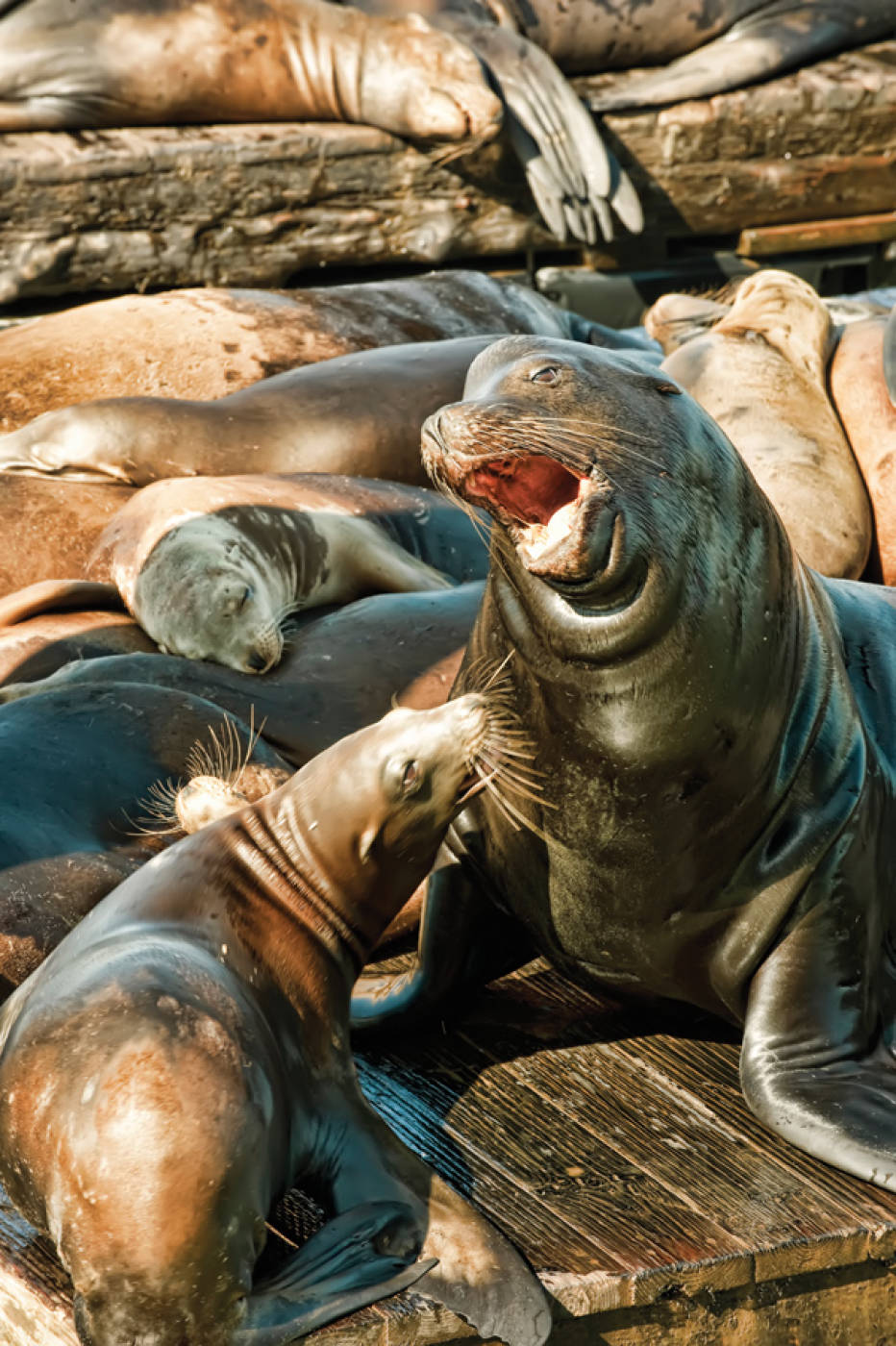 If you love one-of-a-kind finds, don’t shop in Union Square
Browse the boutiques in Hayes Valley. Get hip to the indie-designer scene in Hayes Valley, one of San Francisco’s most happening neighbourhoods, where inventive boutiques line a three-block stretch around Hayes Street, just west of Symphony Hall. Among the local favourites are: RAG Co-op who rent rack space to 70 up-and-coming designers hawking denim skinnies, screen-printed tees, and the occasional vintage item. The look is very San Francisco – youthful, sporty, smart. Alternatively, something a bit more grown-up with a custom-made piece from Lemon Twist – choose the fabric and design and they’ll tailor it to hug your every curve.

For the best sourdough bread, don’t go to Boudin Bakery
Head to Tartine. Weekend lines wrap around the block at this Mission District bakery, but they’re made up of locals, not tourists. The semi-sour, lightly yeasted sourdough bread comes out of the oven at 5pm Wednesday through Sunday afternoons, and it sells out in as little as an hour. If you’re counting carbs and can’t justify an entire loaf, come during the day and sample a dense, chewy slice of the country-style bread in one of the bakery’s signature croques-monsieurs. 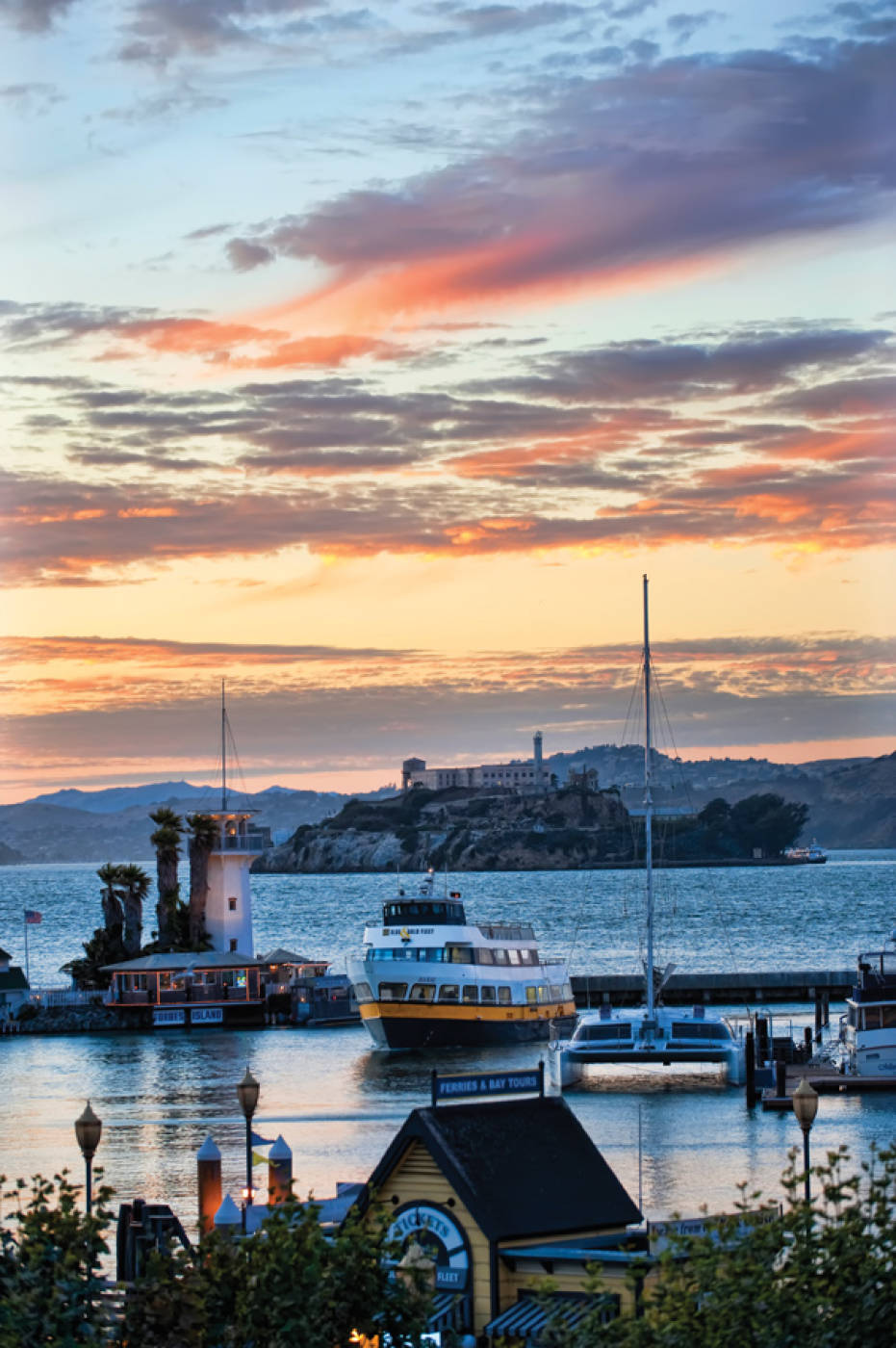 Unless you’re stuck in 1968, don’t look for counterculture on Haight Street
Explore the Mission District. For the real San Francisco-now experience. Before the dot-com boom, the Mission was the last un-gentrified central San Francisco neighbourhood, historically the heart of the city’s Latino community and the stomping ground of underground artists. Today weekend hipsters with day jobs in biotech have moved in, but the vibe remains decidedly experimental. Explore the Mission’s famous murals in Clarion Alley with Precita Eyes Mural Tours, fuel up on $4 tacos, and then wander down Valencia Street (from 24th to 16th St’s) and pop into only-in‑S.F. boutiques. At Paxton Gate you can peruse housewares like glass terraria and vintage taxidermy.

If you’re going to hop aboard SF’s most famous icon, don’t take the Powell St cable car
Take the California Street line – the cable car line tourists don’t know about. There’s rarely a queue for this lightly travelled route because visitors don’t know what to do at the end of the line, Van Ness Avenue. But I do: Grab a picnic lunch of succulent Cowgirl Creamery cheese and crusty French bread near the beginning of the route at the Ferry Building Marketplace and hop on the cable car at the foot of California Street. Then, from the terminus at Van Ness Avenue, walk to Lafayette Square, in swanky Pacific Heights, for a hilltop picnic in the shadow of stately townhouses. Afterward, window-shop Upper Fillmore St alongside the city’s skirt-and-sweater matrons. (For a great photo on the cable car, shoot east downhill as you approach Stockton Street; the Bay Bridge tower is briefly framed just right between downtown skyscrapers.)

If you want a taste of waterfront life, don’t waste your time at Pier 39
Explore Golden Gate National Recreation Area. Get picture-postcard vistas of the bay’s glittering waters from the waterfront promenades of the Golden Gate National Recreation Area. Head west from Pier 39 along the wooded trails leading to Fort Mason, a former shipyard now home to experimental theatres and art workshops. Further west, Marina Green draws kite-fliers – but the big payoff is Crissy Field, a restored bay-front wetland with raised boardwalks over the dunes, stellar bird-watching, and jaw-dropping views of the 70-story-high Golden Gate Bridge. Aim for Crissy Field’s Warming Hut, where you’ll find hot cocoa and National Park rangers to help you find your way home.

To get a real taste of Chinese culture, don’t go to Grant Avenue in Chinatown
Cruise Chinatown’s alleyways. Once you’ve snapped the obligatory shots of the Chinatown Gate and its green-tile portals topped with wriggling dragons, ignore the call of the pagoda-style roofs lining Grant Avenue and find your way to the real Chinatown in the side alleys. Listen for the clacking of mah-jongg tiles on Spofford Alley. Follow the scent of incense wafting from temples on Waverly Place. Dig the lushly coloured murals on Ross Alley (which you may recognize from Indiana Jones and the Temple of Doom). For locals, the real thoroughfare is not Grant Avenue, but parallel-running Stockton Street, where Chinese women stock up on fish heads and porcelain, and nary a hawker entices you to empty your wallet on cheap electronics and miniature cable cars.

If you want to take to the water, don’t pile onto the ferry to Sausalito
To see San Francisco skyline from the water is a must. Take the ferry from Tiburon, a village in Marin County, with a picturesque main street straight out of a Norman Rockwell painting. You’ll get the same amazing shots as you sail past Alcatraz and Angel Island, and once you arrive in port, you’ll have room to roam away from the herd. Poke your head into cute boutiques, snag a table for the obligatory dockside lunch at Sam’s Grill (beware the seagulls swooping down on your fish and chips), and you’ve pretty much done Tiburon.

If you want to explore the San Francisco gay scene, don’t cruise the Castro
To seek out the local gay scene (which is a moving target) you’re going to have to do your homework once you get there. Chat up local boys catching rays at the southwest corner of Dolores Park (near Church and 20th streets) on any sunny weekend afternoon. If you’re here on a rare, hot beach day, you’ve got one choice: Marshall’s Beach (aka Marcia’s Beach), the nude strip under the Golden Gate. On Sundays, get started early with the afternoon beer bust at the Eagle Tavern.

Unless you want to freeze, don’t wear shorts in July
Bring lots of layers. Wear layers and expect three seasons in a day. Year-round, the San Francisco uniform for both men and women consists of jeans, cotton tee, Merino sweater, and lightweight jacket (only in December will you need a scarf and gloves). It’s a different story altogether once you cross the bay, where inland temperatures soar a whopping 30 degrees warmer in July. 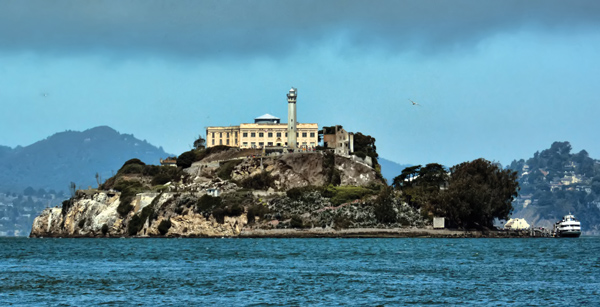 The sign read welcoming me to Al Catraz read… WARNING: PERSONS PROCURING OR CONCEALING THE ESCAPE OF PRISONERS ARE SUBJECT TO PROSECUTION AND IMPRISONMENT.

From the quay-side I climbed to the cell-house at the top of the island. It’s dim and gloomy interiors made me rethink the word ​‘institutional’.

Alcatraz and history go hand in hand. Once home to some of America’s most notorious criminals, the federal penitentiary that operated here from 1934 to 1963 brought a dark mystique to the Rock. The presence of infamous inmates like Al ​‘Scarface’ Capone, and the ​‘Birdman’ Robert Stroud helped to establish the island’s notoriety. To this day, Alcatraz is best known as one of the world’s most legendary, high security prisons and is commonly referred to as ​‘the Rock’s’ from which improbable escapes became the stuff of legend. Due to outrageous running and upkeep costs (all supplies had to be ferried to the island), ​‘the Rock’ emptied its cells after 29 years, but not before housing and breaking America’s most wanted criminals.

Entering Alcatraz feels as though I am entering a movie. I strolled around silently, listening to the voices of the old guards and former prisoners. I heard the recorded sound of the cell-block doors closing. I was not so much experiencing Alcatraz itself but half-living it instead.

To visit Alcatraz and experience the Cell-house tour in the morning, buy your tickets online up to 90 days in advance – www​.alca​trazcruis​es​.com; there’s a fuel efficient, low-emissions ferry every half hour.

* For the best service in the travel business, contact our well-travelled team at:*