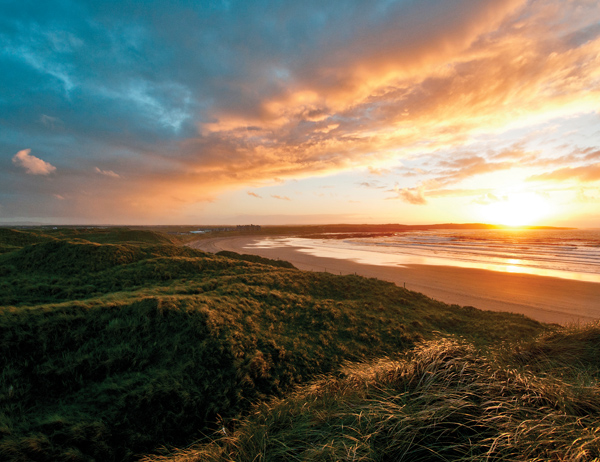 Clive Agran reviews a development purchased by a certain US billionaire

Named after a quaint village just a couple of kilometres away down a typically winding road in County Clare, one of the finest resorts in all of Ireland used to be called Doonbeg. But, like so many other leisure developments, it struggled in the wake of the economic downturn towards the end of the last decade. Eventually it was sold very cheaply to a man with whom we have all become rather too well acquainted, Mr Donald Trump. For he of the booming voice and distinctive hairstyle, collecting upmarket golf resorts is almost a hobby. 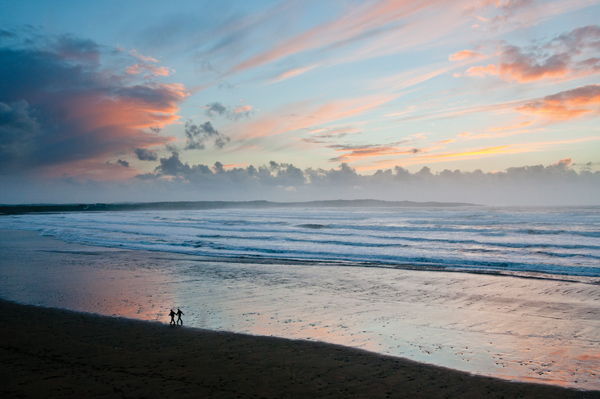 After landing on the helipad of his latest acquisition and smoothing the coiffure that had been badly battered by a combination of the downdraft from the rotor-blades and a stiff breeze off the Atlantic Ocean, Mr Trump set about ​‘re-branding’ the five-star resort to fit in with the rest of his property portfolio. And the first thing to go was the name ​‘Doonbeg’ to be replaced by the altogether less romantic Trump International Hotel and Golf Links Ireland. 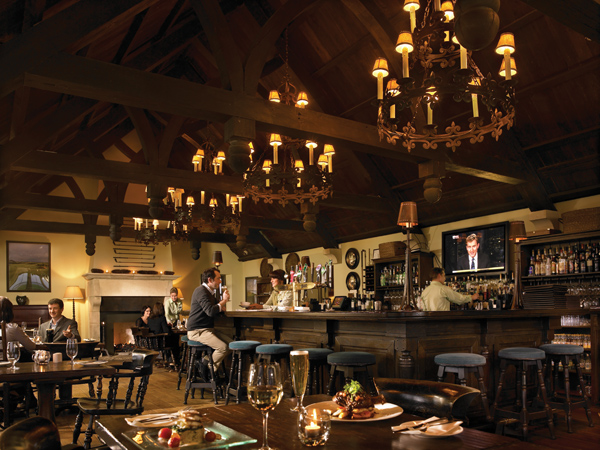 There’s a marvellous bar at Doonbeg … er, I mean, Trump International Hotel etc. where the craic is every bit as good as the Guinness. ​‘Lively’ doesn’t begin to do justice to what is effectively the pulsating heart of the resort. It used to be called ​‘Darbys’ after the American who built it more than a dozen years ago. Can you guess what it’s called now? Go on, have a go. Yes, you’re right, it’s now ​‘Trumps’. How the devil did you figure that out?

To be fair to the man who may, God help us, be the next President of the United States of America, he has done some good things. Foremost among these is spending many millions on the fabulous links golf course that is the outstanding attraction.

Designed by Greg Norman, the course weaves around majestic dunes alongside the mighty Atlantic Ocean. Despite the fact that a couple of the holes were a little weak, it was always a thrilling course. Two winters ago, a freak storm battered the coastline, ripped away sizeable chunks of real estate and wrought a great deal of damage to the greens and fairways. One cute little par three completely disappeared.

Sometimes opportunity can accompany adversity and the course was subsequently treated to a comprehensive makeover that has undoubtedly improved it enormously. Today the course bears comparison with the two other top-notch tracks in the area – Lahinch and Ballybunion.

But, excuse me while I take a deep breath, Trump International Hotel and Golf Links Ireland is not only a spectacular golf course. There’s a beautiful crescent-shaped beach that stretches for a little under two miles and provides the perfect place to stroll before breakfast, after dinner or anytime you fancy stretching your legs. The Atlantic rollers thunder in and the murmuring surf soothes the soul while the spray-laden air blows your worries away and clears the mind.

Although feasible, swimming in the sea is not really a practical option as the water is colder than Mr Trump’s feelings for the less fortunate. You might spot a few wet-suited surfers riding the mighty waves, a horse or two cantering along the sand and maybe the odd fisherman trying his luck, but the chances are you will have most of the beach to yourself. At low tide, the sea retreats halfway to the horizon leaving an enormous expanse of sand upon which to frolic. 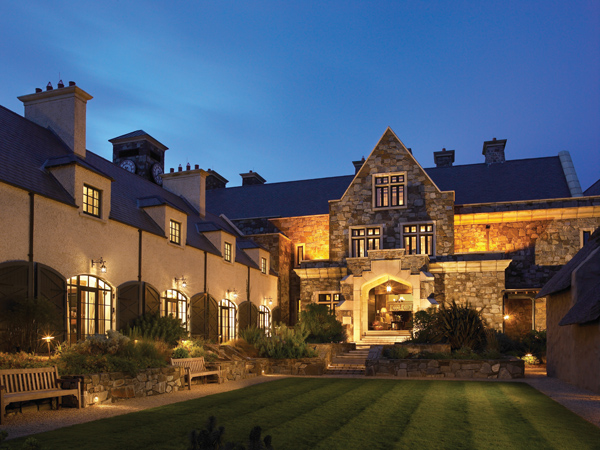 Look back from the far end of the beach and admire the imposing Lodge that stands proud on a bluff at the mouth of a modest river. The first thing to notice is how comfortably this striking stone building occupies such a prominent perch. The Lodge, which is the focal point of the resort, exudes contentment and comfort. Perhaps the greatest compliment you can pay a comparatively new building is that it fits in perfectly with the surroundings. In the case of the Lodge, it looks so appropriate that you could be forgiven for thinking it’s been around for centuries. It hasn’t but it will. 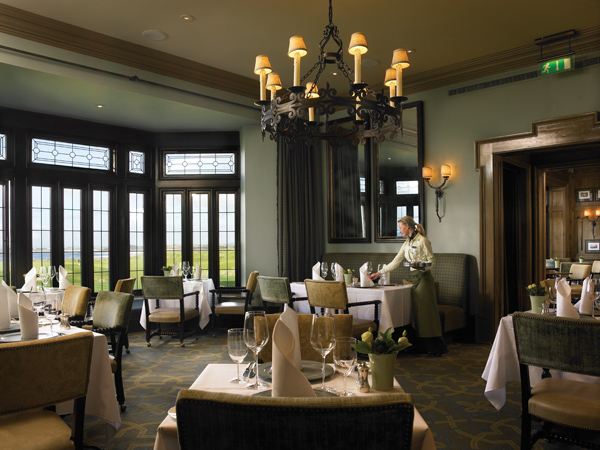 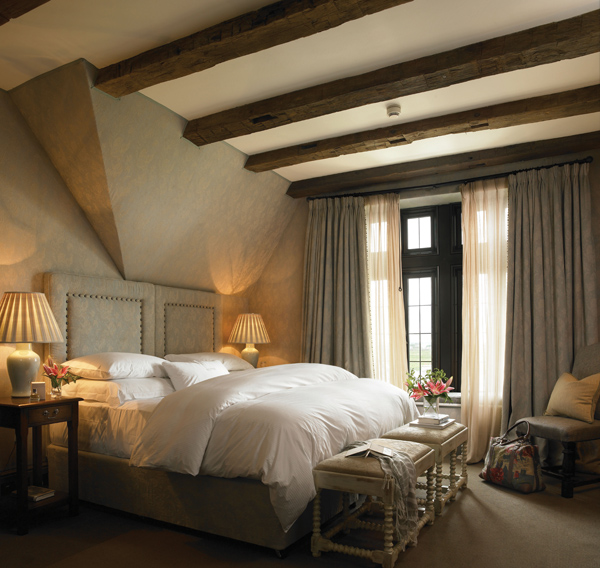 To help further foster a feeling of intimacy, the main rooms are somewhat smaller than you might have imagined. Most, including a fine-dining restaurant, look out over the Atlantic, which provides an ever changing backdrop regardless of whether the waves are gently breaking or thunderously pounding the beach.

There are 15 suites in the Lodge itself, all remarkably luxurious and blessed with spectacular views. From one to four bedrooms, each is beautifully furnished, tastefully decorated and sumptuously fitted. They also have both a living room and kitchen.

Although the Lodge is immensely popular, there is a lot more quality accommodation elsewhere within the complex. Looking like terraced townhouses, there are 41 suites nestled around the main Lodge. Furnished to the same outrageously high specification with polished stone floors, beamed ceilings and fabulous fireplaces, they are less expensive than the Lodge suites but no less luxurious. And just a well-struck drive away (opposite the 17th hole), the Links Cottages are equally splendid and spacious but a little removed from the heart of the action. However, the resort’s own cars happily pick you up and take you home whenever you want.

There’s a spa in the complex and talk of a swimming pool coming soon. With so much going on you might not want to venture outside the resort. However, the famous Cliffs of Moher are about a 40-minute drive away and if you head south towards the Shannon estuary, there’s a spectacular walk along the top of a marvellously craggy coastline. 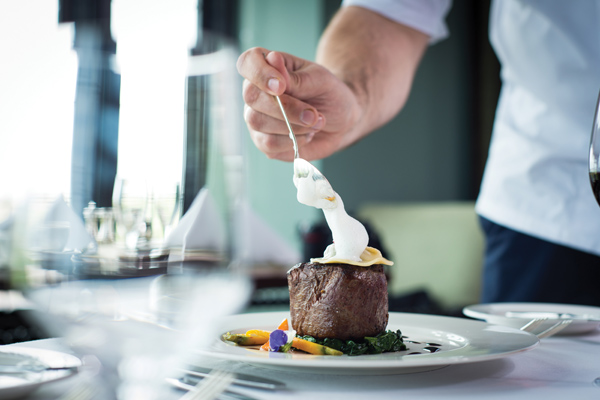 Overall, the resort has the appearance and feel of a village that has grown up around a manor house; the role of the manor house being played by the Lodge. Like the mighty dunes themselves and despite the appalling name, Trump International Hotel and Golf Links Ireland is both magnificent and magical.