Fifty-two miles south of Salzburg, surrounded by the imposing Austrian Alps, with their broad slopes and wide runs, is the piste-perfect ski resort of Grossarl – an idyllic winter sports mini break in a picture postcard setting.

The hotel to call home is the 4 star-superior Grossarler Hof, a member of the Small Luxury Hotels of the World group. They opened in 2009 and already have a host of awards and accolades. 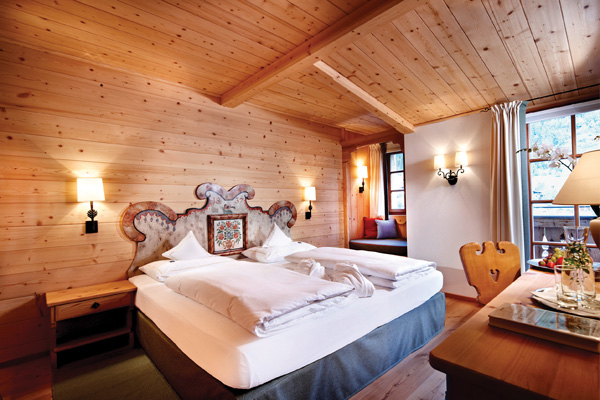 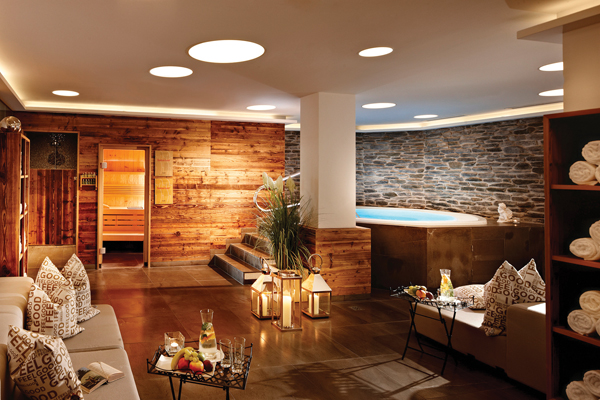 Committed to nature and tradition – 21st century style
On approach the chalet-style hotel looks traditional, but the spacious interiors, governed by native timbers, ooze elegance, charm and contemporary style, creating the typical cosy Austrian feeling. The views from any window are breathtaking thanks to the 360˚ majestic scenery; and it’s well placed for the ski lifts which are literally a snow-ball throw across the road.

Ask for a view to the ski lifts
With only forty-nine rooms and suites this family run hotel is quiet, comfortable and modern. The rooms are authentically decorated and spotlessly clean – all have spacious balconies. The owners have taken no shortcuts here – it’s a continual delight of candles and open log fires, plus all the mod cons laid out for 21st century living like free Wi-Fi throughout, in-room iPod and MP3 adapters, surround sound stereo and Nespresso coffee makers. The Grossarler Hof also has a couple of well-designed spacious family suites; there’s even a children’s playroom. 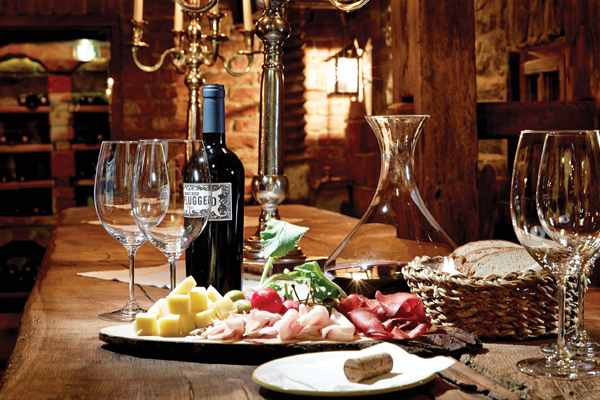 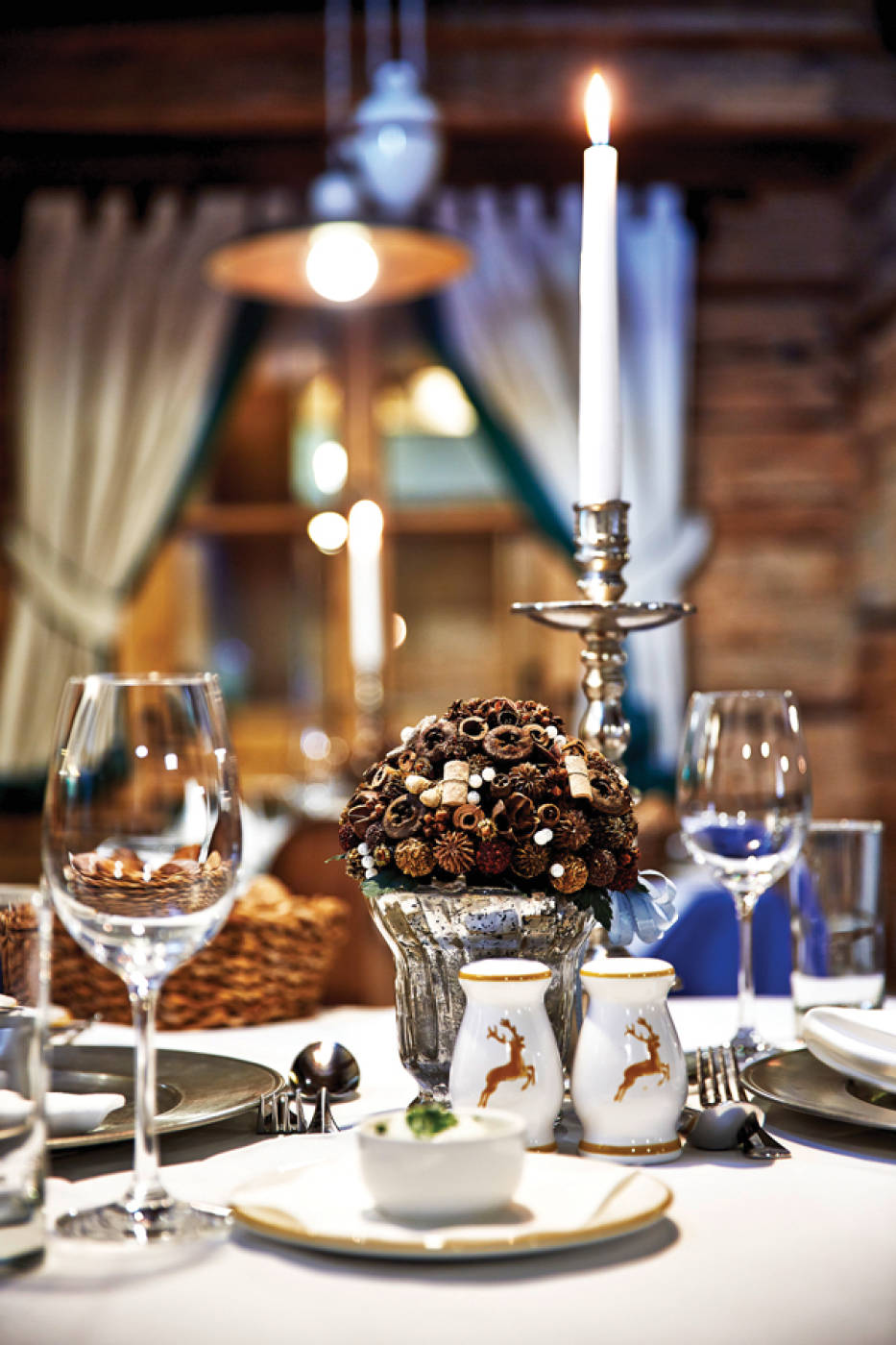 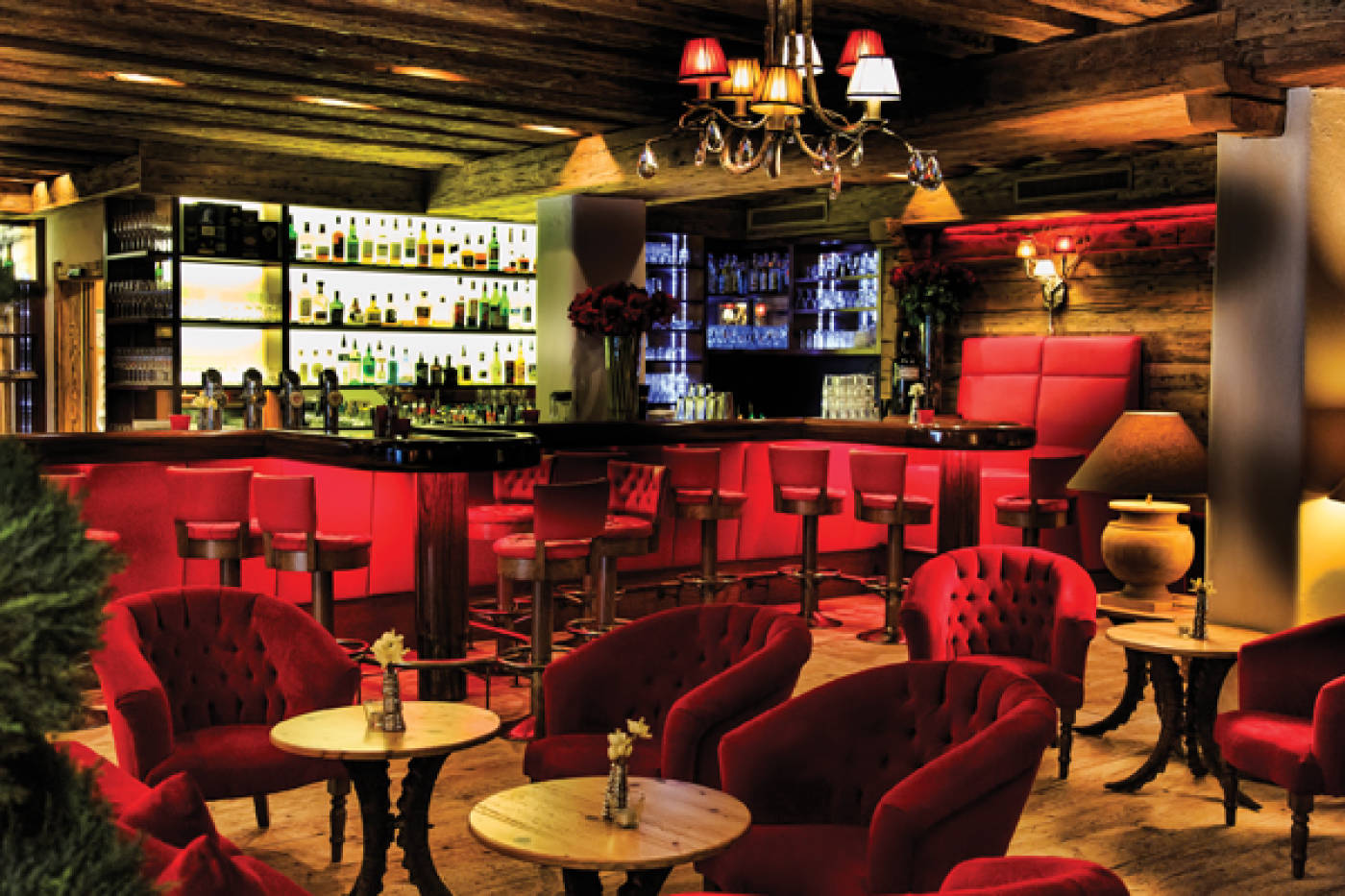 Dine like a King
For a gourmet experience in regional cuisine there’s the Grossarler Hof’s elegant Alpine-styled Restaurant as well as the rustic Jagastub’n, a popular à la carte restaurant dressed in linen tablecloths, rustic wooden chairs and benches, a tiled stove and hunting trophies. Game and venison, complemented by fresh regional side dishes, is the Chef Walter Viehhauser’s specialty. His cuisine reflects the history of the region where the art of preparing game and venison has been perfected over the centuries. His culinary creations are accompanied by a superb Austrian wine list.

Festival season celebrations
Should you be travelling with children you may want to consider combining a skiing holiday with the festive season and include a few non skiing activities like a gentle horse drawn sleigh ride through the Hohe Tauern National Park, tobogganing by moonlight, visiting the Riesen-Schneeiglu (giant snow igloo), taking a snowshoeing tour or visiting the traditional Grossarl Mountain Christmas Market (Nov 27 – Dec 20) craft stalls selling nativity figurines and attractive objects made of glass, ceramic and straw.
The roasted almonds aromas always draws a crowd, as does the baked apples and mulled wine which are an accompaniment to the harmonious sounds of choirs and brass bands. Then there’s the nativity plays, feeding the deer and carol singing in the parish church. Children will particularly like learning about how to bake bread in the children’s bakery and mailing their Christmas wish list off to Santa Claus from the children’s post office.

Do the Skikeriki experience – guided skiing at dawn along empty slopes with a mountain-top breakfast
If it’s aching muscles you’re nursing head to the Grossarler Hof’s Erlenreich Relax & SPA for a selection of treatments including saunas, an infrared cabin, steam bath, Kneipp foot basins, whirlpool and an equilibrium relaxation area (with water beds and soothing UV light therapy).

At breakfast your newsletter will advise the day’s weather forecast and proposed activities such as a morning yoga session and later a wine tasting which would be held in the atmospheric vaulted cellar. Before heading off to the slopes you’ll be asked to preselect your dinner which is a task as you’ll want it all. With half board winter rates starting at €137pp (two sharing a double room), it’s extremely good value. To celebrate the lead up to Christmas (27 November to 20 December) the Grossarler Hof offer three-days of advent concerts, Christmas markets, a trip to the theatre and for youngsters there’s the Christmas post office and bakery classes (€411).

In a world where everything’s getting bigger, bolder and dare I say, blander, this is a little gem that offers genuine hospitality and a one-of-a-kind experience.

Getting there
Enjoy the comfort and award winning service of British Airways who’ll fly you from Gatwick to Salzburg in one hour and fifty minutes; choose to fly with hand baggage only or pick a price that includes a 23kg checked baggage allowance and free seat selection 24 hours before you fly – both options include complimentary on-board drinks and snacks. December prices start at £100.