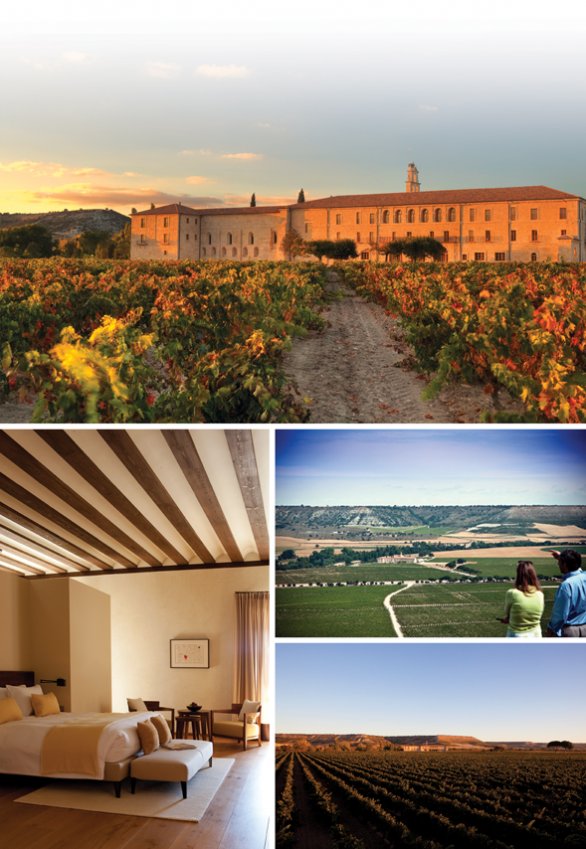 It would be hard to imagine anything further removed from the frenzied activity of the crowded costas than the peace and tranquillity of Abadia Retuerta L’Domaine. Apart from the fact they are both in Spain, they have very little in common. For a start, there is a massive millennial age gap between the high-rise hotels strung out along the coast and the converted abbey which lies deep in the interior some considerable distance from the ocean and 1500 feet above sea level.

Just over 100 miles north of Madrid and 25 miles east of Vallodolid, L’Domaine sits alongside the mighty River Duero at the heart of a huge estate and amidst neat vineyards. Once home to ascetic monks, it has been spectacularly restored so that today it caters for the most discerning guests seeking something rather special and decidedly different from the conventional Spanish holiday.

Quality and class simply oozes from the thick stone walls of this wonderfully well-appointed, five-star hotel. With its beams, high ceilings, sweeping staircases, fabulous furnishings and beautifully proportioned rooms, it has an unmistakeably authentic feel that is more distinctively Spanish than anything made of steel, concrete and glass.

Despite the unabashed luxury, the monastic origins are evident everywhere, the most striking of which is a classic 12th century church. Attached to the main building, it is an extremely popular wedding venue. To reach it, you have to walk around a delightful cloister that is so perfect you can almost hear the monks sandals shuffling along the flagstones.

Care has been taken to retain the original use of the various parts of the abbey. For example, the refectory with its high vaulted ceiling where the monks would have silently swallowed their gruel with as much relish as they could muster at four in the morning, or thereabouts, is now a wonderfully classy restaurant that was very recently awarded a Michelin star. The food is simply sensational and, somewhat unsurprisingly, the wine is taken extremely seriously. But before venturing into the vineyards or exploring the winery, we should first check out the bedrooms.

After five years’ careful and sensitive restoration work, the hotel opened in 2012 with just 18 double bedrooms and three suites, all of which overlook the beautiful vineyards and the hills beyond. Although they occupy the space where the monks would once have slept, the level of luxury has been cranked up so many notches it’s extremely unlikely that the original occupants would recognise them let alone figure out the wifi.

Demand has been so great that a further eight bedrooms are being created by the conversion of another wonderful old building, the abbey’s stables. Also opening next year is a fabulous facility the monks would doubtless have appreciated, a state of the art wellness and spa centre. Treatments are available now but are administered in the yoga room, which is tranquil enough but nowhere near as well appointed as the new spa will be. 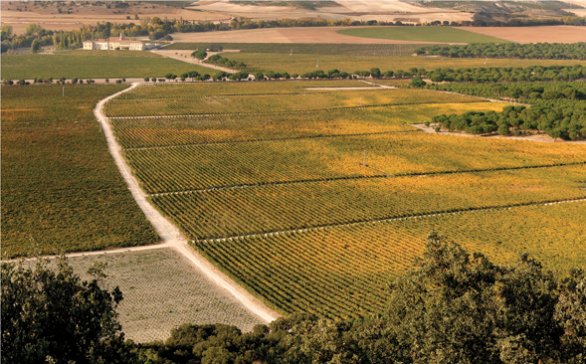 Apart from the magnificent food, the main attraction at L’Domaine is the vineyard and the adjacent winery. Grapes have been grown and wine produced in the area for thousands of years but there was a brief hiatus after the Spanish Civil War before normal service was resumed in 1996. Since then, some of the finest wine – overwhelmingly red and labelled Abadia Retuerta – has been created in the extraordinary winery nestled in the hillside next to the vineyard.

Making wine is a genuine blend of art and science and a tour of the winery with its towering tanks and wonderful wooden barrels is truly fascinating. And the tasting at the end provides a fitting and memorable climax. 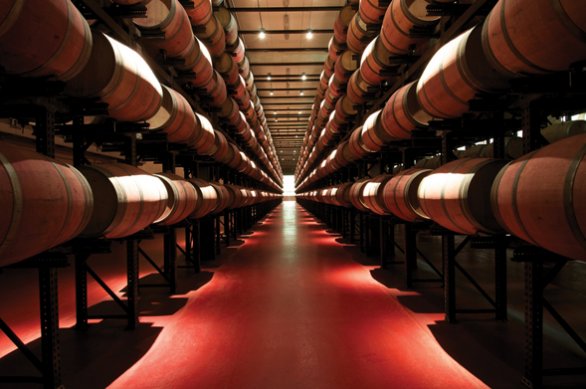 Whilst gourmets and wine buffs will enter heaven when they visit L’Domaine, those who simply enjoy outstanding food, superb wine, incredible comfort, a tranquil environment and unadulterated luxury will appreciate this very special place.