With its Edwardian colonnade and elegant Victorian, Edwardian and Art deco buildings, Bexhill-on-Sea (often referred to simply as Bexhill) has the reputation for being a gentile seaside resort for retirees. Scratch the surface however and you will find it has much more to offer than simply beach huts and deckchairs…

This charmingly understated, elegant resort was the birthplace of British motor racing. It was the 8th Earl De La Warr, Viscount Cantelupe, who secured Bexhill-on-Sea’s place in history by hosting Britain’s first automobile races here on 19 May 1902. The event attracted international attention and was part of a much bigger campaign to promote Bexhill-on-Sea as a fashionable new resort. The race used the Bicycle Boulevard, which the Earl had created along De La Warr Parade in 1896 and ran along a one-kilometre track, with a flying start from the top of Galley Hill. More recent activities to promote Bexhill as a resort have included two Guinness World Record attempts: For the Largest Charleston Dance, which it held in 2017 (current holders Revel In Dance (UK) at ​“I Can Charleston” in Shrewsbury, UK, on 22 September 2018) and for the Largest Gathering of Mermaids (current holders Megafest, South Haven, Michigan (USA) on May 26th 2018.) 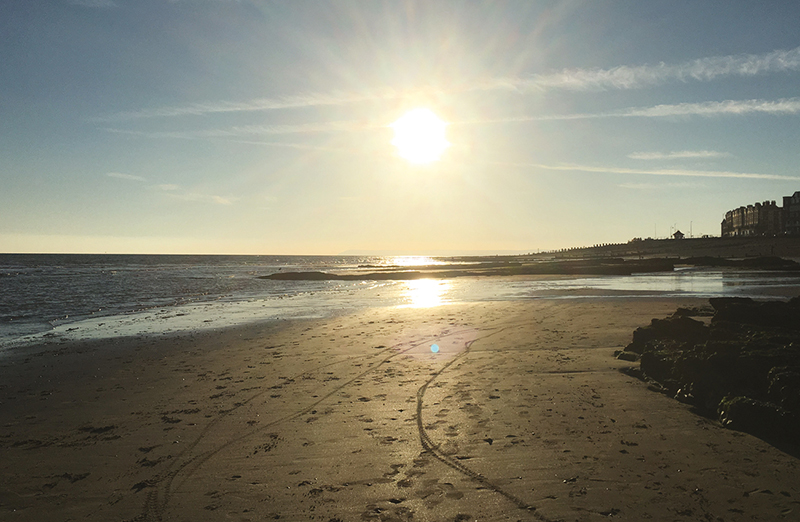 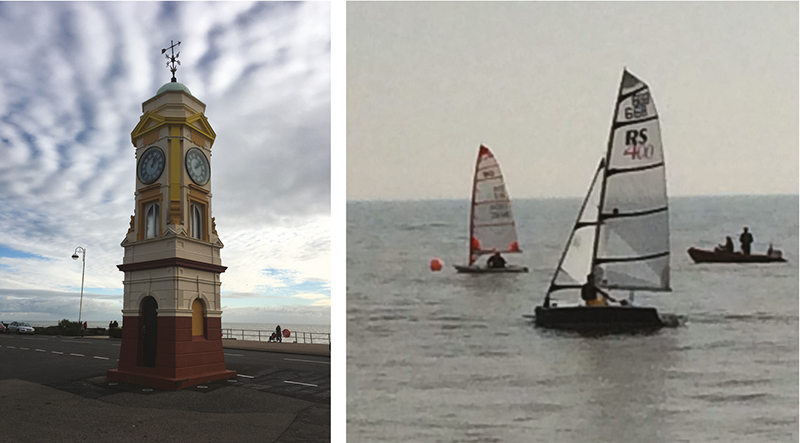 Bexhill seafront and promenade
Although credit is given to the 7th Earl De La Warr for the notion of transforming the small rural village of Bexhill into an exclusive seaside resort, it was the 8th Earl De La Warr, Viscount Cantelupe, who organised the building on the sea front of the Kursaal in 1896, a pavilion for refined entertainment and relaxation and the closest thing Bexhill has ever had to a pier. He also had a bicycle track and cycle chalet created at the eastern end of De La Warr Parade in order to promote the new resort to a wider audience, which he utilised when hosting Britain’s first automobile races on 19 May 1902.

Opened in December 1935 to critical and popular acclaim and controversy, the construction of the De La Warr Pavilion was championed by the 9th Earl De La Warr, Herbrand Edward Dundonald Brassey Sackville. Seventy years on, the response to the building’s re-opening as a centre for contemporary arts in October 2005, received much the same reception.

Walking east along the seafront away from the De La Warr Pavilion is Bexhill Sailing Club, which stands on the site originally occupied by the Kursaal. The Sailing Club offers a full programme of racing each weekend throughout March to November and members of the local Rowing Club can often be seen on the sea.

Along from the sailing club, sitting just above the beach, is The Old Bathing Station, a much loved favourite spot for ice cream and other scrumptious refreshments, including homemade bread and butter pudding!

Walking in the opposite direction, west away from the De La Warr Pavilion, the first landmark you come across is the Clock Tower. Originally intended to commemorate the coronation of King Edward VII in 1902 but not completed until 1904, by which time it was rather late to contribute to the celebrations.

Located close by the clock tower, but set back from the seafront is Bexhill Museum. Originally built in 1903 as a park pavilion, the Museum combines a traditional Edwardian museum with a modern extension. It offers local history, archaeology, fashion and Bexhill’s motor heritage collections.

The most significant building in Bexhill-on-Sea today is the Grade 1 listed De La Warr Pavilion, one of the UK’s finest examples of modernist architecture and now a major arts centre. The picturesque and tranquil Old Town, set slightly inland above the town centre, also has some architecturally interesting buildings, including classic Georgian buildings, 16th century cottages and the Parish Church of St Peter with its 8th century reliquary stone.

BACK STORY
The first reference to Bexhill, or Bexlei as it was originally called, was in a charter granted by King Offa of Mercia in 772AD. It is recorded that King Offa had ​‘defeated the men of Hastings at Pevensey’ in 771AD. At this time, the term Hastings would have referred to the greater area rather than just the town as we know it today. In the charter King Offa established a church and religious community in Bexhill.

During the Norman Conquest of 1066 it appears that Bexhill was largely destroyed. The Domesday survey of 1086 records that the manor was worth £20 before the conquest, was ​‘waste’ in 1066 and was worth £18 10s in 1086. King William I used the lands he had conquered to reward his knights and gave Bexhill manor to Robert Count of Eu, along with most of the Hastings area. Robert’s grandson, John Count of Eu, gave back the manor to the Bishops of Chichester in 1148 and it is probable that the first manor house was built at this time. The later manor house, the ruins of which can still be seen at the Manor Gardens in Bexhill Old Town, was built around 1250, probably on the instructions of St. Richard, Bishop of Chichester. The Manor House was the easternmost residence owned by the Bishops and would have been used as a place to stay while travelling around or through the eastern part of their diocese.

There were often disputes between the Bishops of Chichester and the Abbots of Battle Abbey, usually about land ownership in the area. In 1276 a large portion of Bexhill was made into a park for hunting and in 1447 Bishop Adam de Moleyns was given permission to fortify the Manor House.

In 1561 Queen Elizabeth I took possession of Bexhill Manor and three years later she gave it to Sir Thomas Sackville, Earl of Dorset. The Earls, later Dukes, of Dorset owned Bexhill until the mid 19th century. Their main residences were Buckhurst Place in Sussex and Knole House in Kent.

In 1804 soldiers of the King’s German Legion were stationed in barracks at Bexhill to in order to protect it from French invasion. However, many of the locals were actively trading with the enemy by way of smuggling. The best known of the local smugglers were the Little Common Gang.

In 1813 Elizabeth Sackville married the 5th Earl De La Warr, and when the male line of the Dukes of Dorset died out in 1865 the land passed to the Earls De La Warr. It was the 7th Earl De La Warr who decided to transform the small rural village of Bexhill into an exclusive seaside resort. He contracted the builder, John Webb, to construct the first sea wall and to lay out De La Warr Parade. Webb, in part payment for his work, was given all the land extending from Sea Road to the Polegrove, south of the railway line. Webb was instructed to build the shops on his land, as Earl De La Warr did not want his visitors mixing with ​‘trade’.

Opened in 1890, the Sackville Hotel was built for the 7th Earl De La Warr and originally included a house for the use of his family. In 1891 Viscount Cantelupe, his eldest surviving son, married Muriel Brassey, the daughter of Sir Thomas and the late Annie, Lady Brassey of Normanhurst Court near Bexhill. The Manor House was fully refurbished so that Viscount and Lady Cantelupe could live in style as Lord and Lady of the Manor.

NOTABLE PEOPLE
Bob Marley – Legend has it Marley put on his first UK gig in Bexhill in 1972, at a Bexhill Lions club benefit concert to raise funds for a local swimming pool.
John Logie Baird – Scottish inventor of television, resided in a house by the station towards the end of his life.
James Beeching (1788 – 1858), shipbuilder and inventor of the self-righting lifeboat.
Joyce Lankester Brisley (1896 – 1978), writer of the Milly-Molly-Mandy stories, etc. – exact place of birth unidentified.
Michael Cowpland founder of high-tech companies Mitel, Corel, and ZIM, lived in Bexhill and went to Bexhill College until he was 18.
Fanny Cradock and Johnnie Cradock chef-broadcasters, lived in Cooden Drive, Bexhill..
Desmond Llewelyn – the James Bond actor who played Q, lived in the town until his death in 1999.
Ted Lowe commentator on BBC​’s ​‘Pot Black’, which brought snooker to prominence on British TV, was a long time resident of Bexhill until his death in May 2011.
Spike Milligan was stationed in Bexhill while in the army during the Second World War, and most of the first volume of his war memoirs takes place there.
Andrew Sachs (1930−2016), actor, had his stage début in 1947 at the De La Warr Pavilion, where he also worked as an assistant stage manager.
Gwyneth Strong the Only Fools and Horses actress who played Cassandra Trotter lives in Bexhill

Bexhill Classic and Custom Car Show
Held at the Polegrove Recreation Ground Bexhill-on-Sea in August, this event is attended by over 300 cars and motorcycles from the early 1900s to modern classics and custom cars. www​.bex​hil​l100mc​.co​.uk

Bexhill Festival of Music
Founded in 2007, it brings World class performers to the area. Past performers have included Cleo Lane, Julian Lloyd Webber and The London Mozart Players.
bex​hil​lfes​ti​val​of​mu​sic​.co​.uk

PLACES TO STAY, EAT, DRINK…
Located directly on the beach, the Cooden Beach Hotel was built by the 9th Earl De La Warr in 1931. On the opposite side of the road once stood a coastguard station and the roundabout by the hotel was once the turn around point for trams. Today the Hotel is a privately owned, unique award-winning independent hotel, offering a range of accommodation and dining experiences – including a contemporary Brasserie on the Beach, Gin Palace, leisure club and Escape Spa. 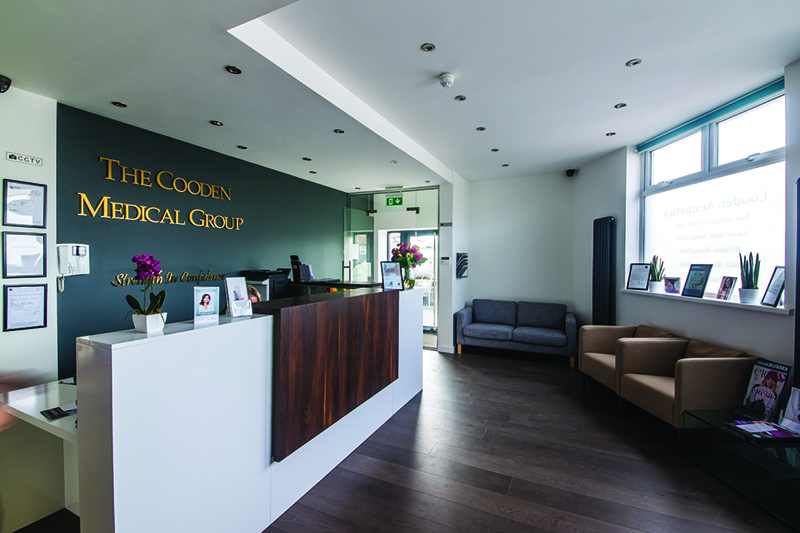 Also conveniently located in Little Common is the Cooden Medical Group Offering the highest level of treatment and care and providing solutions that deliver great results, the clinic has five modern consultation and treatment rooms, each equipped with today’s most cutting edge technology. Founded by leading interventional radiologist, Mo Faris, his aim was to create a clinic outside London that offered the highest possible standard of surgical and non-surgical medical procedures and aesthetic treatments, with unequivocal focus on customer care.

Located on Sackville Road, the Driftwood Boutique Hotel has six eclectic and beautifully designed hotel bedrooms, each with it’s own distinct character, offering a wonderful balance of contemporary and traditional comfort.

The Trattoria Italiana on Devonshire Road is a firm favourite with families. Open all-day offering classic pizza, pasta and a range of traditional Italian mains, what’s not to like. Booking recommended.

Rocksalt-on-sea is almost opposite the De La Warr Pavilion on Marina. An informal eatery with the edginess of a live music venue, set over two floors with Bavarian outside seating. They do not take reservations! 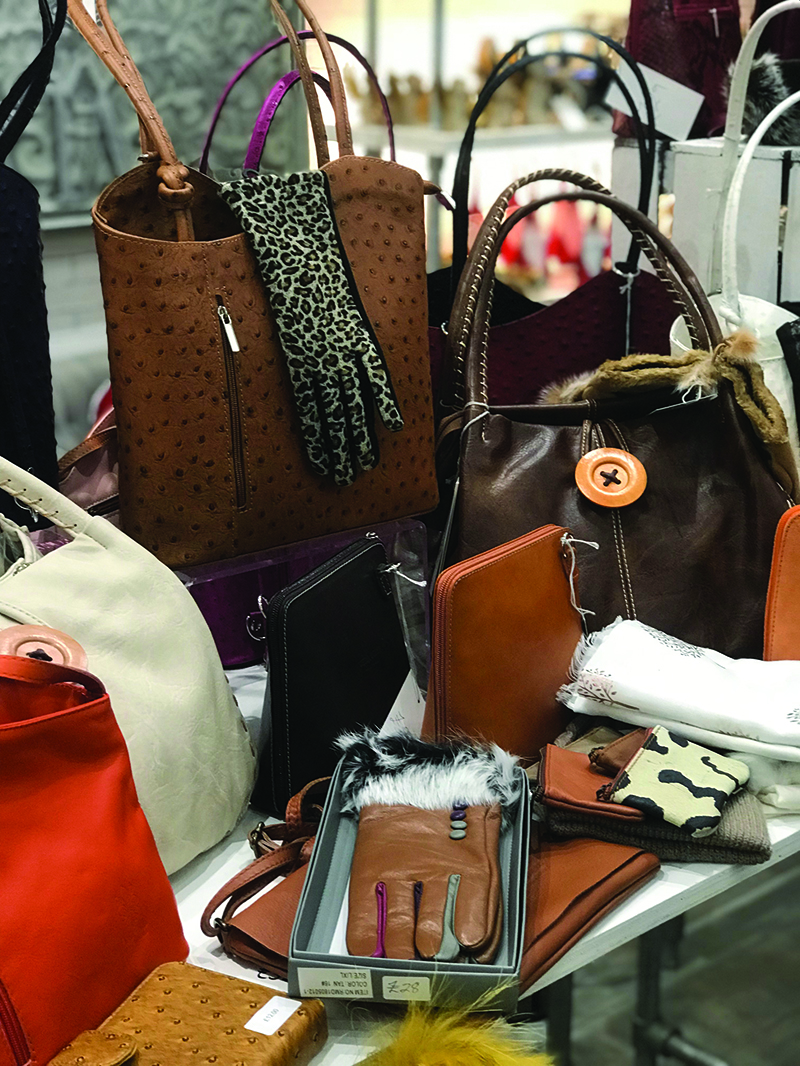 And for those of you looking to exercise your shopping gene, we highly recommend a visit to fashion, home and lifestyle store Carnegie Loft in town hall square. They also have a sister store, Nolita’s in Battle.