For this February edition we are once again visiting the Seaside… this time the beautiful and very genteel south coast resort of Eastbourne.

Frequently referenced as the sunniest place in UK and more recently, according to the Office of National Statistics (ONS), the happiest, there’s clearly a lot more to Eastbourne than initially meets the eye.

During the Georgian era, Eastbourne became known as the ​“Empress of the watering places”, however, the resort we see today can for the most part be credited to the arrival of the railway in 1849 and the vision of William Cavendish, the 7th Duke of Devonshire. In 1859 Cavendish wanted to develop the town and appointed architect Henry Currey to design a street plan, essentially an entire new town – a resort built ​“for gentlemen by gentlemen”. The resulting architectural mix is typically Victorian, with a tinge of the Mediterranean, giving Eastbourne its ambience of faded glamour. 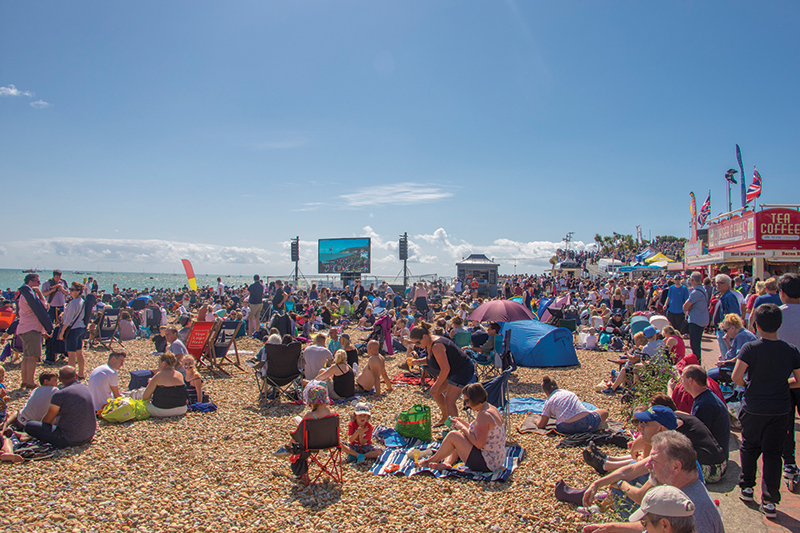 How did Eastbourne get its name…?

The original name came from the ​‘Burne’ or stream, which ran through what is now the Old Town area of Eastbourne. All that can be seen today of the Burne, or Bourne, is the small pond in Motcombe Gardens – the bubbling source is guarded by a statue of Neptune.

Lewis Carroll holidayed in Eastbourne 19 times, taking lodgings in Lushington Road, where a blue plaque now marks the location of his first visit in 1877.

Karl Marx and Frederick Engels often stayed in the area. Engels’ ashes were scattered in the sea off Beachy Head at his request. Karl Marx died a stateless person and was buried by his friends and family in Highgate Cemetery (East).

Frederick Soddy radiochemist and economist, was born in Eastbourne and studied at Eastbourne College
The artist Eric Ravilious grew up, was educated and taught in Eastbourne

Theresa May was born in Eastbourne.

In the last few years Eastbourne has been experiencing something of a renaissance. The Arndale Centre, originally built by Legal & General Assurance in the 1980s, has been undergoing extensive remodelling, as has the area around the new Towner Art Gallery and Congress Theatre.

The story of Towner dates back to 1920, with the original bequest of 22 paintings by Alderman John Chisholm Towner. A Georgian manor house was bought in Gildredge Park, Eastbourne Old Town to house the newly founded ​‘Towner Collection.’ Thus, the Towner Art Gallery was born. The gallery opened to the public in 1923 but by the 1990s, the gallery had proven so successful it had outgrown its Old Town home.

The new Towner Gallery, designed by award-winning Rick Mather Architects, opened in 2009. The new Towner Art Gallery is located between Eastbourne College and the Congress Theatre. It has a sleek modern exterior, and is home to the finest collection of paintings by artist Eric Ravilious (1903−1942) in the world. 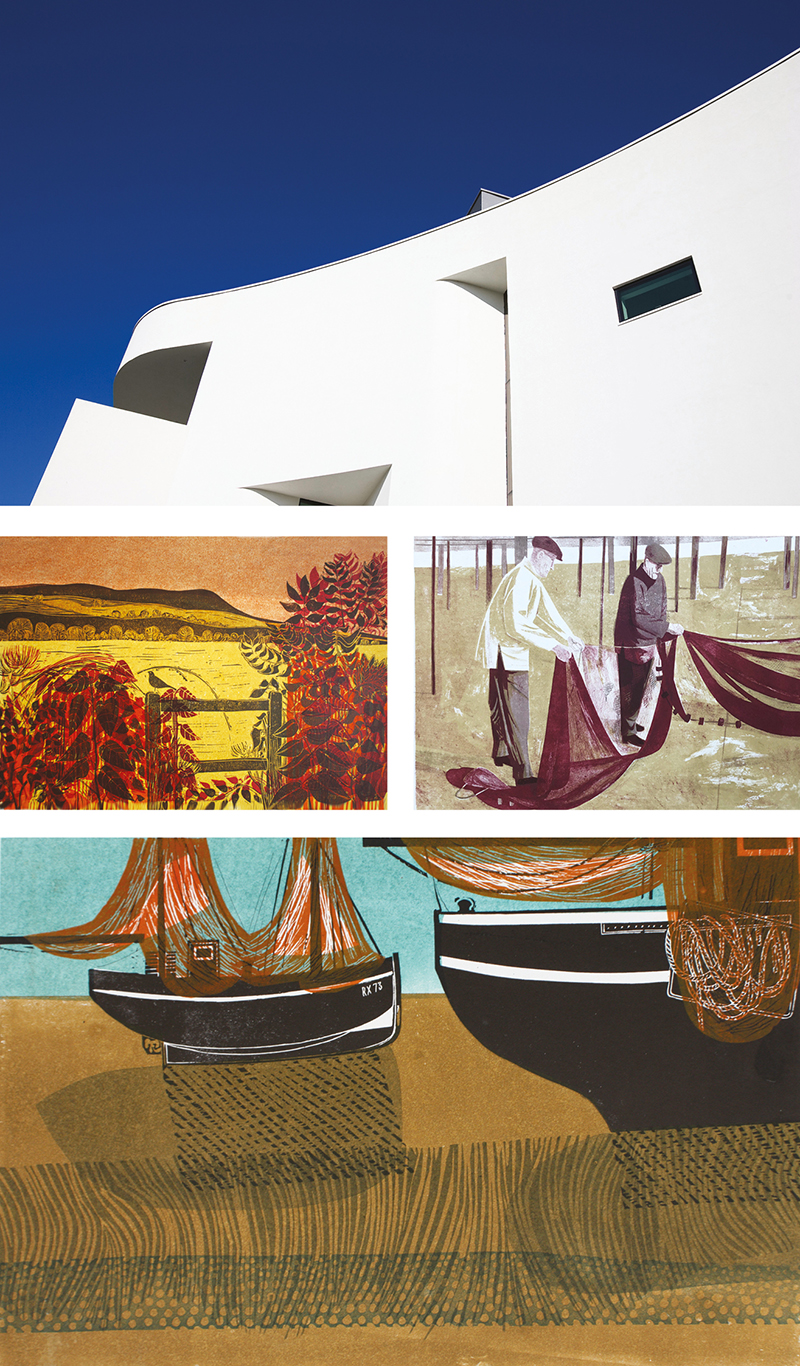 Other significant Eastbourne Galleries include:

Emma Mason Gallery Established in 2004, Emma Mason specialises in original prints and other works including ceramics and paintings by artist printmakers working from the 1950s to the present day. The gallery is in central Eastbourne and is run by husband and wife team, Emma and Richard Mason. Emma started the business after meeting the printmaker Robert Tavener (1920−2004) and it was from conversations with him that Emma was inspired to start a gallery specialising in printmaking.
www​.emma​ma​son​.co​.uk

Complementing the Grade II* listed Congress Theatre, which hosts a season by The London Philharmonic Orchestra every year, Eastbourne is also home to the Devonshire Park Theatre, a fine example of a Victorian theatre with ornate interior decorations. Devonshire Park plays host to a plethora of touring dramas and comedies and is home to the annual local pantomime.

Located between the Congress Theatre and Devonshire Park is the Winter Garden. The Winter Garden is a Grade II listed building designed by architect Henry Currey and built by the 7th Duke of Devonshire in 1875. This historic building consists of two main parts – the Floral Hall, originally used as a skating rink in winter and concert hall in summer, and the Gold Room. Both parts are now used for performances, cabaret style events, dinner dances and as conference venues.

If you are seeking something a little less mainstream, the volunteer-run Underground Theatre can also be found close by, in the basement of the town’s Central Library and hosting a range of special events including comedy nights and live music events, the Lamb Theatre can be found in the Lamb Inn in Old Town.

Sports fans are also well catered for, with attractions ranging from water sport’s in the magnificent bay and Sovereign Harbour Marina, through to the prestigious ATP and WTA International tennis tournaments, currently sponsored by Nature Valley, which provide the annual warm up to Wimbledon and International Airshow. Airbourne, which takes place annually in August and boasts a 2 mile flying display line along Eastbourne seafront, featuring the very best in military and civilian aviation display teams including the RAF Typhoon and Chinook, The Blades, Wing walkers and the Battle of Britain Memorial Flight.

And relax….
The Grand Hotel, Eastbourne
Affectionately referred to as ​‘The White Palace’ or ​‘Palace by the Sea’, the Grand Hotel is the most luxurious hotel to be found in Eastbourne. Commanding breath-taking views of the sea and the dramatic cliffs at Beachy Head, it may be grand by name, but it is most certainly not grand by nature. Despite being the only 5 Star Hotel by the sea in Sussex, it is one of the friendliest and most welcoming.

Personal recommendation – I am a particular fan of the Spa and can never say no to a Grand Afternoon Tea invitation!
www​.grandeast​bourne​.com 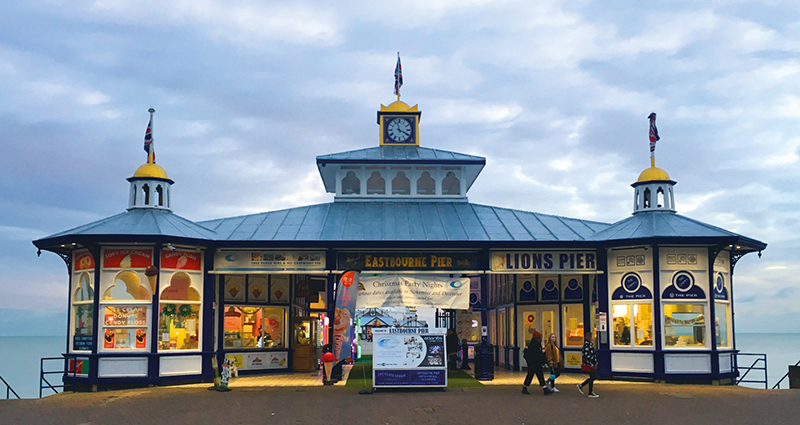 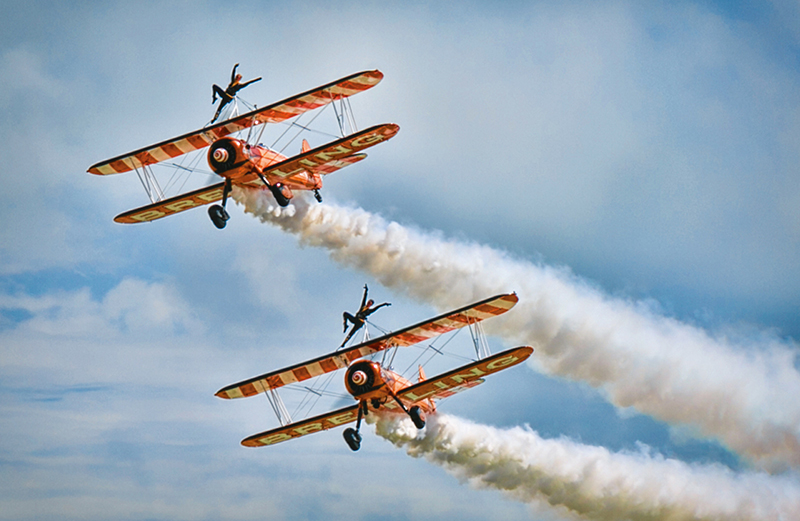 The 7th Duke of Devonshire opened the 300m-long pier in 1870. It is built on stilts, resting in cups on the seabed to allow the whole structure to move when the waves get rough. The pier theatre was destroyed by fire in 1970 and replaced with the Atlantis Nightclub and The Waterfront Café.

In 2010 Eastbourne pier was featured in a new ​‘Brighton Rock’ film, as Eastbourne has more period ambience than Brighton. Production designer James Merifield said, ​‘Here it already feels like we’re in the 1950s.’

Top Tip – The Pier is a perfect place from which to enjoy Airbourne.
www​.east​bournepi​er​.com

Eastbourne Miniature Steam Railway – Reopens 6th April 2019
Eastbourne Miniature Steam Railway is located at Lottbridge Drove. A real labour of love – in 1992 Mike Wadey built the entire ​‘theme park’ on his days off from the fire service, shifting 26,000 tonnes of soil and clay to reclaim marshland. A testament to family, Mike’s wife Rachel runs the café, daughter Cheryl does the administration, and engineer son Luke helped build the park. It took Mike and his family 12 months to create the park, planting 6,000 trees. Mike and Luke also built seven steam and two diesel locomotives, which are meticulous recreations of famous trains.

Did you know – Mike and his family are immortalised in a series of tales by Thomas The Tank Engine author Christopher Awdry.
www​.emsr​.co​.uk/​i​n​d​e​x​.aspx

Redoubt Fortress & Pavilion
Reopens March 2019 – weekends only
Redoubt Fortress is a fine example of an early 19th century Georgian fort. It houses the Military Museum of Sussex, with collections of the Royal Sussex Regiment, which was formed in 1701.

Next door, The Pavilion explores what life was like along the Seven Sisters in a free exhibition, Living On The Edge: 8,000 Years By The Sea. The Azimuth sculpture, created by Patrick Seaman in 2016, conjures up images of long lost shipwrecks and the secrets of the coast, in washed up driftwood.

If Heritage is your thing, Heritage Eastbourne are due to open their new exhibition covering 250,000 years of the town’s incredible history on 16 February. Entitled ​‘The Story of Eastbourne” the exhibition will take place in the newly refurbished former shop unit in Victoria Mansions.

The best part – Exhibition entry will be free. See website for updates and further information.