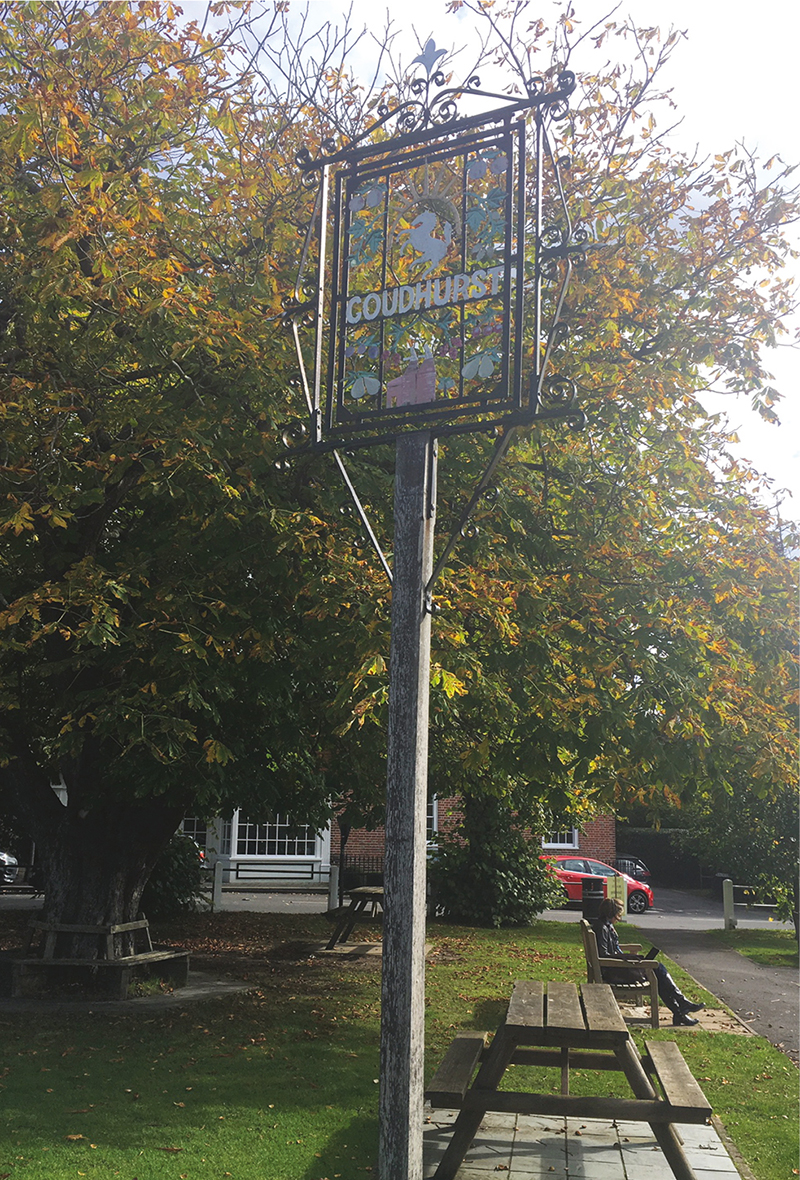 Set up on a high ridge within the Kentish Weald’s pastoral landscape and often described as one of the prettiest villages in Kent is the village of Goudhurst, which rambles eclectically down the slope of an eccentric hill toward Bedgebury, Kilndown and Lamberhurst on the southside and Horsmonden, Marden, Staplehurst and Sissinghurst to the north and east.

Approaching from the A21 junction you are greeted by a collection of red roofs one above another. At its summit lies the Star and Eagle Hotel and the large 13th sandstone church of St Mary the Virgin. Commanding impressive views of the surrounding countryside, the church has been a Grade I listed building since 1967 and falls under the Diocese of Canterbury. The church actually began life as a chapel in 1119 in the reign of Henry 1. Inside the church is a striking memorial to Sir Alexander Culpeper and ancient brasses dedicated to John Bedgebury, who fought with Culpeper and Henry V, at Agincourt. 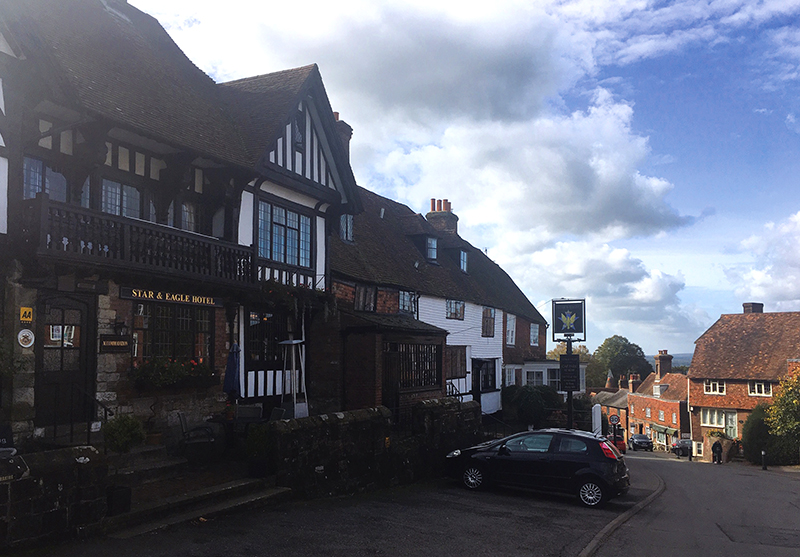 In 1747 a full-scale battle took place in the church and churchyard between the Goudhurst Militia under ​‘General’ William Sturt (1718 – 1797), a former army corporal, and the notorious Hawkhurst smuggling Gang, led by Thomas Kingsmill. Kingsmill’s gang were ultimately defeated and although he survived, Kingsmill himself was later hanged for his crimes!
As is the case with many of the Wealden villages, Goudhurst probably began as a clearing in the great forest of Anderida. The origins of its name however are unclear; ​‘hurst’ certainly means ​‘wood’ and it is speculated Goud may be a simple corruption of the word good. The earliest record of a name for the village – Guithhyrste – dates from 1095.
Around 1330 Flemish weavers set up shop in Goudhurst and the surrounding area. The Weavers Cottages in Goudhurst date from c. 1350. The weaving of Kentish Broadcloth continued for many years, bringing prosperity to the village. The weavers also brought with them an interest in hop growing, which subsequently became a major rural activity in the area from the late 1700’s.

Bedgebury is one of the oldest estates in Kent: having given its name to the Bedgebury family, it passed into the hands of the Culpeper family in 1450. When the estate was sold in 1680, a new house was built, which became a girls’ school in the 1920’s (closing in the summer of 2006).

Today Bedgebury Pinetum is considered to be the largest and most complete collection of conifers in the world and is set in a Grade II listed landscape. But Bedgebury doesn’t just focus on conifers… the Pinetum boasts some of the rarest and most amazing trees on the planet, both evergreen and deciduous, in a carefully planted landscape that provides spectacular vistas throughout the year. It also provides an amazing recreational facility for running, walking, horse riding and cycling – Bikes can be hired on site. There is a beautiful on site Café and Go Ape, the award-winning adventure park, which offers both a Treetop Challenge and a Treetop Adventure.

Bedgebury is also a host for Forest Live, which is held annually in beautiful forest locations across the country. The 2020 act will be announced shortly – save the date – Friday 12th June!

Although small and eclectic, the village of Goudhurst itself is home to a wide range of shops, dining pubs and smart eateries including the exquisite Village Life clothing boutique and lifestyle store, Goudhurst Antiques, The Goudhurst Inn, The Vine and the Star and Eagle Hotel. Slightly further afield you will find the Green Cross Inn, Hush Heath Vineyard at Staplehurst and the Smallholding Farm and Kitchen at Kilndown. 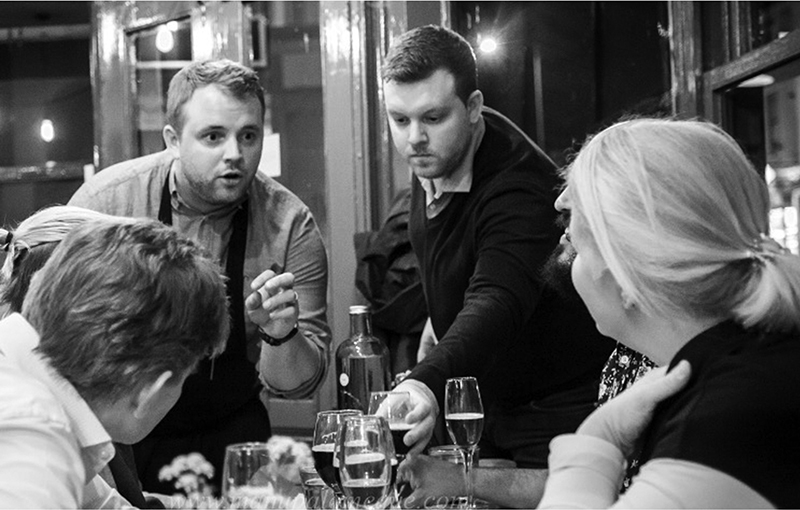 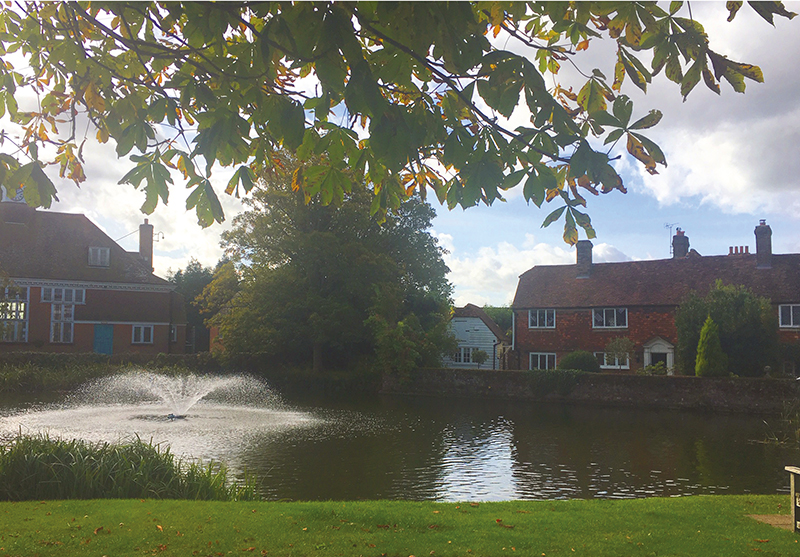 The Goudhurst Inn is a friendly family pub and dining room, with four boutique hotel rooms, sun terrace and large garden with a childrens’ play area. Open seven days a week for lunch and dinner (weekends only for breakfast) and serving locally sourced seasonal food and fresh clay oven pizzas, it is a mecca for lovers of great food and drink.

The Vine is a traditional Kent peg tile fronted, timber framed 17th Century Coaching Inn which has been the social focal point of Goudhurst in Kent for centuries. As the years have rolled past, The Vine has taken on many guises. It was originally a Coaching Inn where, in 1747, the Goudhurst Band of Militia met to plot the downfall of the infamous Hawkhurst Gang of smugglers. Today it continues to house discussion and debate alongside great food and drinks.

Once an ancient monastery, The Star and Eagle Hotel dates back to the 14th century. Much of the old stonework is still visible throughout the building, and guests and visitors can admire the exposed brickwork, wooden beams, and an open log fire while dining in the restaurant.

Opposite the Vine and just down the hill from the Star and Eagle Hotel you will happen upon Goudhurst Antiques, which sells a good mix of retro, antique and mid century quality decorative furniture and collectables. Across from the Vine, on the road towards Marden and Staplehurst you will also find the truly delightful Village Life boutique. An absolute gem of a shop, home to beautiful quality ladies clothing and accessories, jewellery and gifts – perfect for birthday and Christmas gift shopping – just saying! 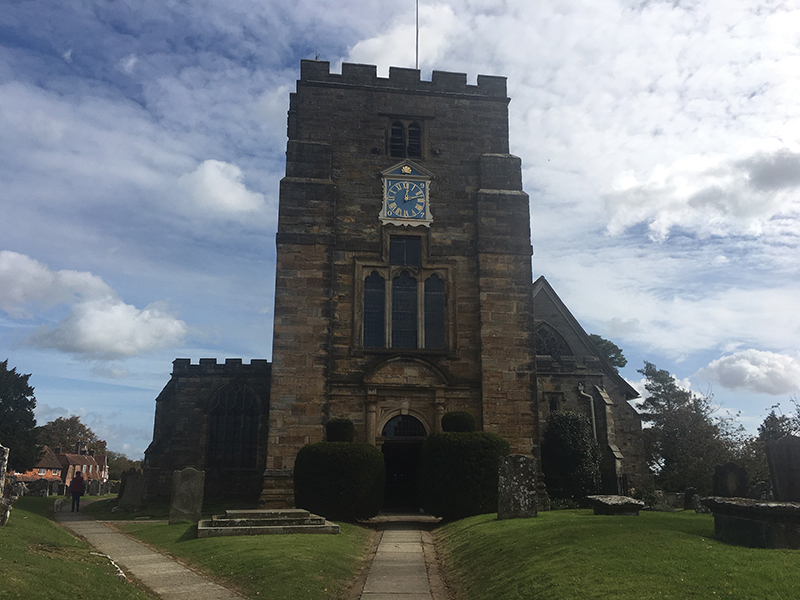 Set within the rolling hills of Kent near Staplehurst is the Hush Heath Estate. A family run business passionate about heritage, wine and hospitality. Richard and Leslie Balfour-Lynn bought the 16th-century Manor near Staplehurst in 1986. But it wasn’t until 2001 that the family acquired the 400-acre estate that surrounds the house. The Estate, originally a working farm, was put up for auction unexpectedly and, having looked over the land for many years, Richard felt it was too good an opportunity to miss. So with little more than avid interest in vineyards and a genuine passion for wine he bought the land and planted the first vineyard with Leslie in 2002. Today Hush Heath is home to the award winning Balfour wines, alongside six pubs a brewery and an onsite winery and tasting room ​“the view”.

Heading out of Goudhurst village towards Bedgebury you pass by the hamlet of Kilndown, home to The Smallholding Farm and Kitchen – described by Grace Dent in her recent review in the guardian as ​“Perfectly imperfect – There’s still a real sense of the thoroughly unpretentious, 90s-style country pub about The Small Holding, despite it being prettified with designer paints and fancy hand soaps. Please go and watch Will Devlin and his team, but preserve and conserve their normal-ness. They’re just a group of folk growing amazing things, then pulling them out of the ground, sometimes knobbly and lumpy, then cooking and serving them.”

Leaving the village and heading west towards Cranbrook and Sissinghurst you will come across The Green Cross Inn. Run by Lou Eleuterio Lizzi, Elisha and her team take care of customers at the front of house, whilst Lou, a professionally trained Italian Chef with a huge passion for good food and his team create delicious delicacies. Famed for their fresh fish and shellfish, they serve an extensive range including Crabs which are hand picked and dressed on site, Oysters, Dover Sole, Skate, Sea Bass, Cod & Chips, Mussels, Potted Shrimps, Sardines, Gambas al’Ajillo, Seafood Paella, King Scallops, Queen Scallops and more ​“but not all at once of course”!.

Daniel Horsmanden (1691 – 1778)
The chief Justice of the supreme court, New York, was born in Goudhurst.

Sir George Johnson (1818 – 1896)
Eminent physician who became recognized as an authority on cholera and kidney diseases, was born in Goudhurst.

Sir James Stirling (1836 – 1916)
Jurist and Privy Councillor, lived at Finchcocks in Goudhurst from 1890 until his death

Written and Photographed by Lesley Samms