Nestled amongst the beautiful South Downs, the impressive county town of Lewes is steeped in history & heritage with a thriving cultural scene & much to do.

Lewes, site of the Battle of Lewes in 1264, is the county town of East Sussex and formerly all of Sussex. The town’s landmarks include Lewes Castle, the remains of Lewes Priory and a 16th century timber-framed Wealden hall house known as Anne of Cleves House, due to it being part of the Queen’s annulment settlement from King Henry VIII in 1541.

After the Norman invasion, William the Conqueror rewarded William de Warenne, 1st Earl of Surrey, with the Rape of Lewes, a swathe of land along the River Ouse from the coast to the Surrey boundary. The 1st Earl built Lewes Castle and he and his wife, Gundred also founded the Priory in about 1081. 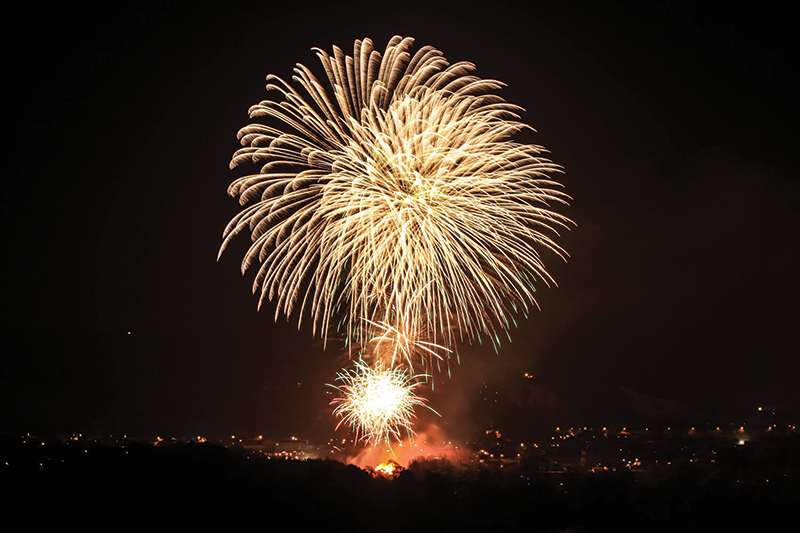 Lewes is best known today for its bonfire celebrations on 5 November, Guy Fawkes Night. In Lewes this event not only marks the date of the uncovering of the Gunpowder Plot in 1605, but also commemorates the memory of the seventeen Protestant martyrs burnt at the stake for their faith during the Marian Persecutions. The celebrations, which controversially involve burning an effigy of Pope Paul V, who was pope during the martyrdoms, are the largest celebrations in the country.

A permanent memorial to the martyrs can be found on Cliffe Hill.

TOP THINGS TO DO OR VISIT IN OR NEAR LEWES

Lewes Castle offers fantastic views of the medieval streets below.

Plumpton Racecourse is one of the smallest in the country and therefore offers great views across the whole course in its 16 race days between September and May.

Ditchling Beacon is the highest point in East Sussex and the perfect landmark to take in the South Downs area of Lewes.

World famous opera house Glyndebourne, is also located just outside Lewes, towards Eastbourne. Backstage tours are available from November to March. The summer Festival runs from May to August. The autumn Tour runs through October before taking the productions to venues across the UK.

Drusillas Park, widely known as the best small zoo in Europe, is located less than 10 miles from Lewes. 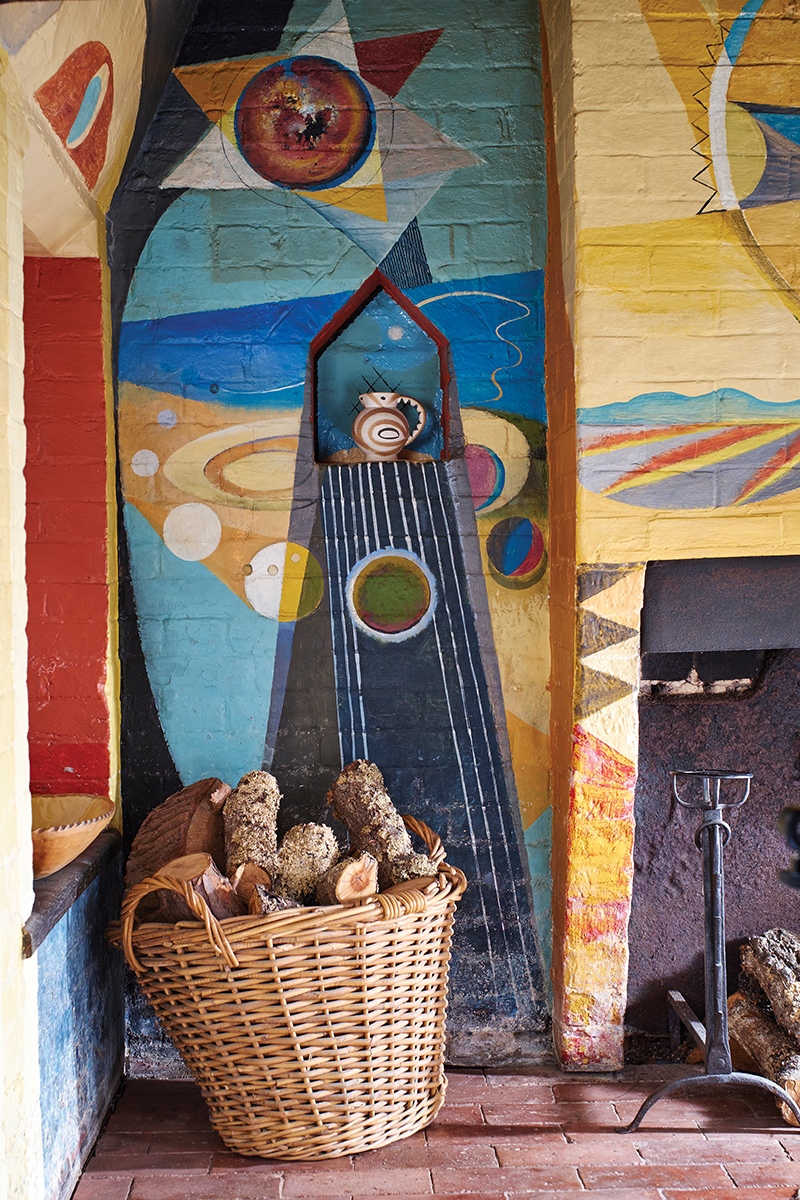 Close to Drusillas Park is Farley farm House at Muddles Green, former home of the photographer Lee Miller and the Surrealist artist Roland Penrose. Now converted into a museum and archive, it also houses a collection of contemporary art by their friends Pablo Picasso, Man Ray, Max Ernst and Joan Miro
Also nearby is Charleston, historic home and country meeting place for the writers, painters and intellectuals now known as the Bloomsbury Group. The interior was painted by the artists Duncan Grant and Vanessa Bell, and together with their collection forms a unique example of their decorative style.

NOTABLE PEOPLE
Among the many notable former residents of Lewes is Thomas Paine (1737 – 1809), who was employed as an excise officer in the town between 1768 and 1774, before he emigrated to the American colonies. Lewes is also the birthplace of 16th century madrigalist Nicholas Yonge.
Lewes has a strong connection with literature and the arts, which is promoted annually by the Lewes Live Literature Festival, under the artistic direction of Mark Hewitt. Founded in 1995, Lewes Live Literature specialises in bringing together the spoken word with performance, music, film and visual arts. Poet John Agard is on the board of trustees together with Nicky Crabb, Linda Salway and Gus Watcham.

Well known faces from the arts who have called Lewes home in the past include Charlie Watts of the Rolling Stones who was resident in the 1960’s, Russel Ash (1946−2010) author of the well known ​“Top 10 of everything” and Virginia Wolf (1882 – 1941). Current residents include, Herbie Flowers (T Rex and Sky), Arthur Wilton Brown (aka The God of Hellfire) and Tim Rice-Oxley from Keane. 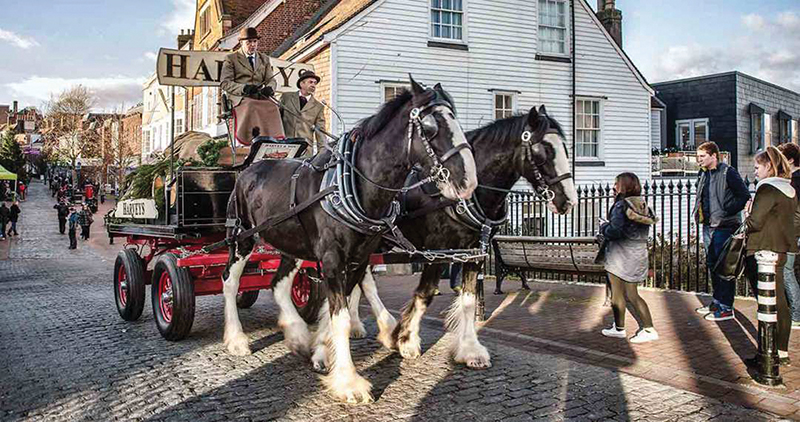 SHOPPING!
Last but by no means least – we recommend you visit:

Chalk Gallery
Chalk Gallery Lewes exhibits a consistently high standard of contemporary and affordable artwork by professional local artists in a variety of media, styles, subjects and techniques.
A re-hang every six weeks offers an exciting and constantly changing exhibition of paintings, sculptures, ceramics, fused glass, prints and cards.
Chalk is a friendly gallery, run by the artists themselves, so there is always someone there to give you a warm welcome.
NORTH STREET
www.chalkgallerylewes.co.u

Needlemakers
No visit to Lewes is complete without spending some time in the Needlemakers with its ancient brickwork, massive beams and echoes of a fascinating industrial past.
You will want to spend hours here, just meandering through the warren of individual and contemporary shops.
WEST STREET
www​.needle​mak​ers​.co​.uk

Wickle
Wickle is a quirky and fun loving ​“mini department store”. Customer comments include ​“I love this place. It’s so quirky and unique. The staff are incredibly knowledgeable and helpful and the cakes are lush! This shop is really cool”
I think that sums it up perfectly – charming, cool and quirky – Personally I love it!
HIGH STREET
www​.wick​le​.co​.uk

Paper Turtle
This shop is a treasure trove for all paper and stationary addicts – of which I am one! Started in 2015 with a mission to stock unique and quirky greeting cards it has achieved this ambition with lashings of style and humour.
This is way beyond your average greetings card shop – these are more mini works of art.
HIGH STREET
www​.paper​tur​tle​.co​.uk

The 15th Century Bookshop
An Aladdin’s cave for book lovers, owner Susan Mirabaud had known and loved the shop for years when she bought it in 1986. She has a wealth of knowledge of the rare and collectable book market and of children’s and illustrated books in particular.
HIGH STREET
www​.old​eny​oung​books​.co​.uk