“There are few hours in life more agreeable than the hour dedicated to the ceremony known as afternoon tea.”
The Portrait of a Lady, Henry James

The serving of afternoon tea has experienced a truly epic resurgence in popularity over the last decade, now featuring at the top of most Londoners to do list. This most quintessential of English customs is however a relatively new tradition.

Whilst the custom of drinking tea dates back to the third millennium BC in China and was popularised in England during the 1660s by King Charles II and his wife the Portuguese Infanta Catherine de Braganza, it was not until the mid 19th century that the concept of ​‘afternoon tea’ first appeared. Anna, the seventh Duchess of Bedford, is widely attributed with introducing afternoon tea in England around 1840. The Duchess would become hungry around four o’clock in the afternoon and would ask that a tray of tea, bread and butter and cake be brought to her room at Woburn Abbey during the late afternoon. This became a habit of hers and she began inviting friends to join her in her rooms. This practice became so popular that the Duchess continued it when she returned to London after the summer.

This pause for afternoon tea soon became a fashionable social event and during the 1880’s upper-class and society women began changing into long gowns, gloves and hats for their afternoon tea, which was usually served in the drawing room between four and five o’clock. Afternoon tea is distinct from the more substantial high tea, which was traditionally served in middle and lower class households later in the day in place of dinner. The names derive from the height of the tables, high tea being served at a dinner table.

To recognise the best in afternoon tea service and creativity, the London Afternoon Tea awards sponsored by after​noon​tea​.co​.uk, look for outstanding delivery in all aspects of the afternoon tea experience including service, food and drink. Over 30 of London’s finest hotels and restaurants were shortlisted in 2016, with the top four awards presented as follows: 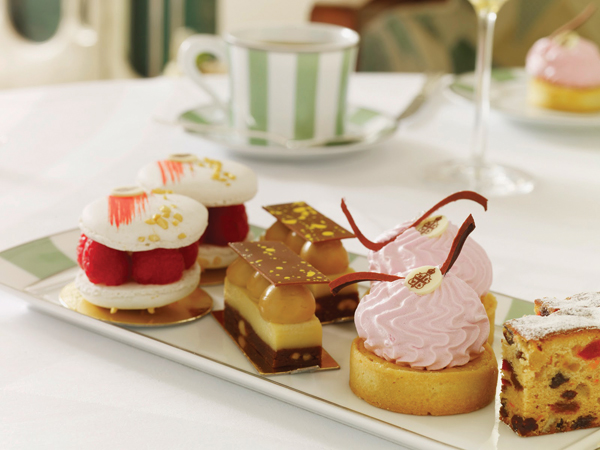 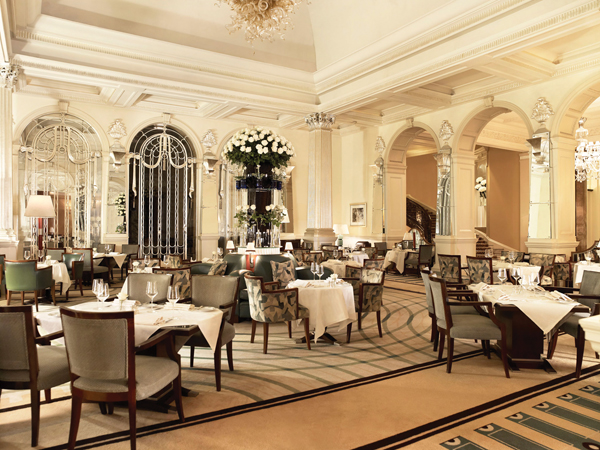 Claridge’s
Brook Street, Mayfair W1K 4HR
Although Claridge’s began life as a single house hotel at 51 Brook Street it soon began to grow both in size and reputation, becoming a favourite with both royalty and European heads of state during the late 1800’s. Claridge’s was purchased and significantly remodelled by Richard D’Oyly Carte, owner of the Savoy at the end of the nineteenth century.

Having been significantly updated again at the end of the twentieth century, Claridge’s still retains its timeless elegance and luxury ranking today, with the likes of Jade Jagger and Lulu Guinness describing it as their ultimate treat.

Served daily between 2.45pm and 5.30pm in the splendour of Thierry Despont’s magnificent Foyer, inspired by the 1930s’ heyday of art deco, Afternoon Tea at Claridge’s is truly a magical experience and one you will want to return to time and again. 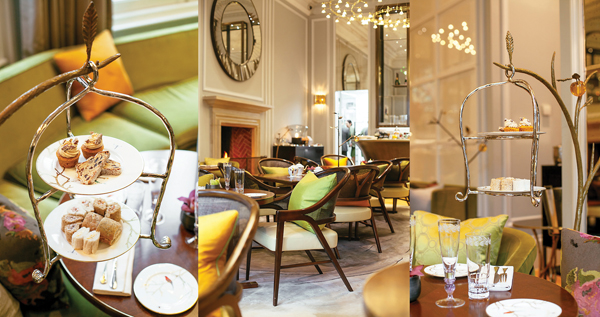 The Mandarin Oriental
Hyde Park, London SW1× 7LA
The Mandarin Oriental overlooking Hyde Park and Knightsbridge exudes an enticing mix of elegance and luxury. Currently undergoing an 18- month renovation programme, the hotel will remain open throughout, however afternoon tea will temporarily be served in the Loggia whilst the Rosebery Lounge undergoes a soft refurbishment. 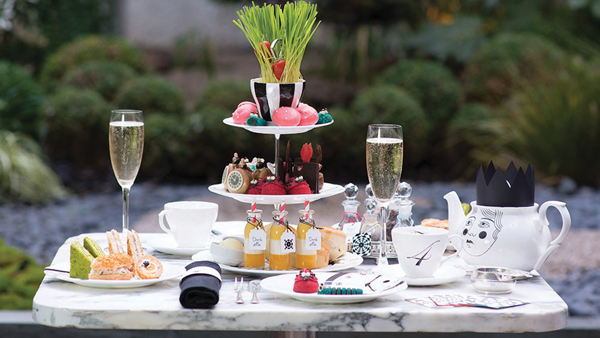 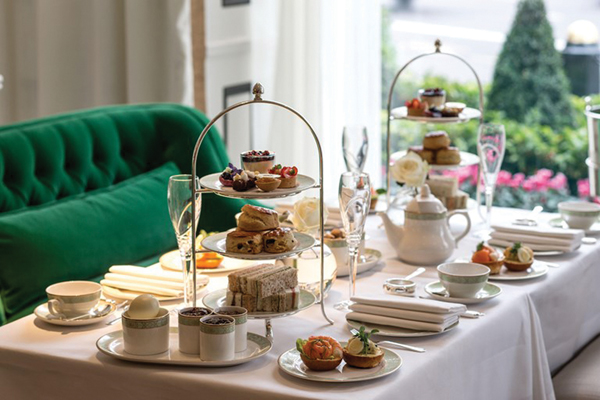 Park Room at Grosvenor House
Park Lane, Mayfair, London, W1K 7TN
Built on the site of Grosvenor House, the London home of the Duke of Westminster, the Grosvenor house Hotel has a long and aristocratic pedigree dating back to the 17th Century. Situated directly on Park Lane and now part of the JW Marriott Hotel group, the Hotel first opened its doors back in May 1929.

Afternoon Tea at Grosvenor House is served daily between 12.30 and 6pm in the Park Room. With the design inspired by its close proximity to the Royal Park, the tranquility of the Park Room offers welcome respite from the shops and sights of Park Lane and Mayfair with a varied menu; featuring Afternoon Tea as well as à la carte options and a creative Cocktail and Champagne menu at the bar.

Milk or tea first?
This is possibly one of the most debated questions in the tea world; however most now adhere to the convention of pouring the tea first, thus allowing the recipient to flavour the tea to their own personal preference.

Pinkies up?
There is a common misconception about the need to outstretch your little finger whilst drinking tea; however etiquette experts state that this is not the case.

Which goes first, the jam or the cream?
Both the Cornish and Devonshire people lay claim to the invention of the Cream Tea, and each have a view on the order of the toppings. The Devon tradition is cream first with jam spread on top whilst the Cornish tradition is jam first topped off with clotted cream….