An English Riviera bolthole, with a raft of much deserved awards for food and hospitality 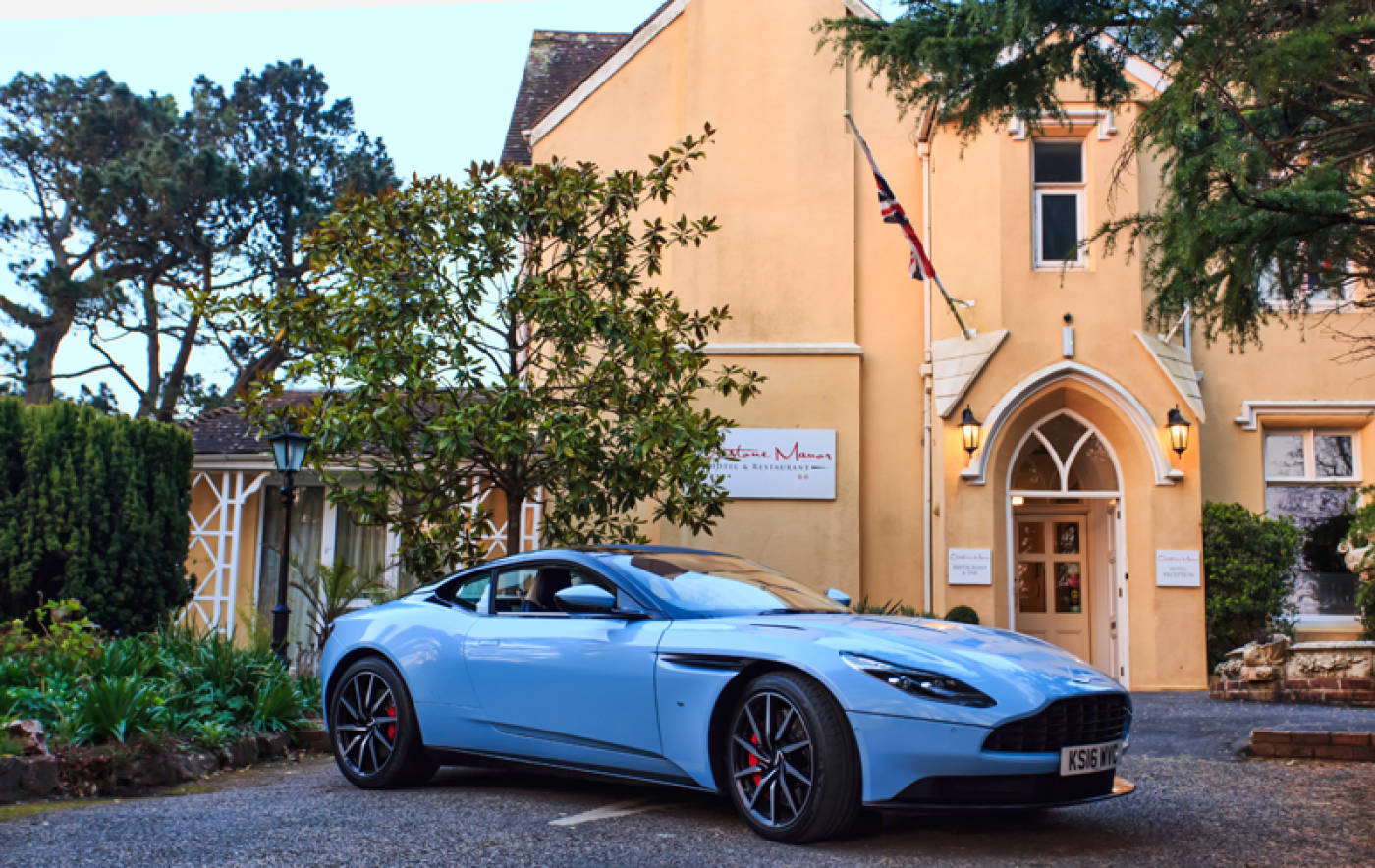 This privately-owned four-star Grande Dame, which leans up against a hill in the thatched Devonshire village of Maidencombe, has 14 individually designed rooms which are an eclectic-colonial merge of Victoriana, Art Nouveaux and La Belle époque. Bizarre as it sounds, the vintage-chic fusion of English watercolours and oriental art works well; as does the 16th-century Italian fireplaces, statement lighting, Raj elephant motives, antique furniture and bold printed wallpaper. The vibe is understated elegance, opulence and class, which is effortlessly combined with 21st century comforts. 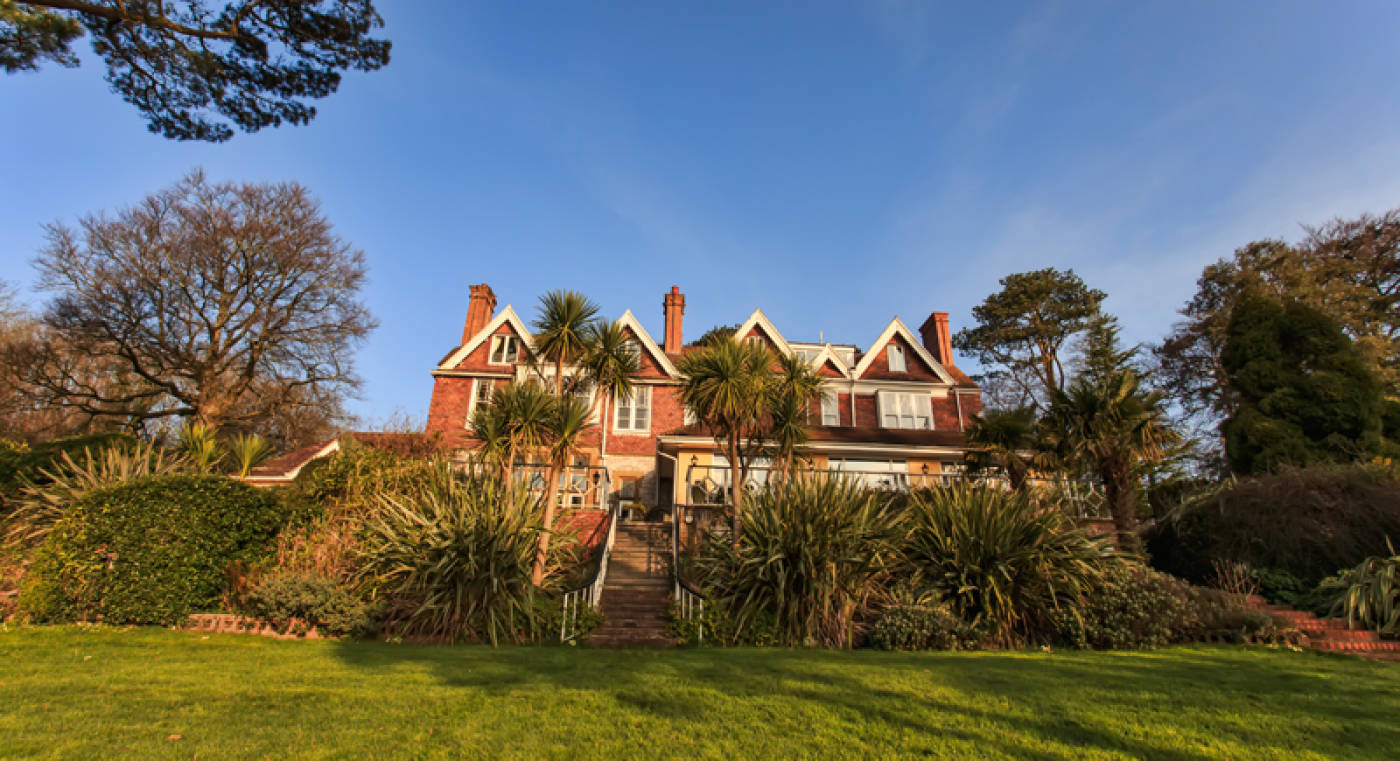 Orestone has its own slice of Georgian history – it was, in the early 1800s, home to notable artist, Sir John Callcott Horsley, who designed the first Christmas Card (1843) and who painted a portrait (now found in the National Gallery) of his brother-in-law, celebrated civil engineer, Isambard Kingdom Brunel. Historically, Orestone Manor has been the setting for many of the Brunel/Horsley family gatherings, which makes one wonder if Rudyard Kipling, who lived on a neighbouring property, ever gate-crashed one of their parties. 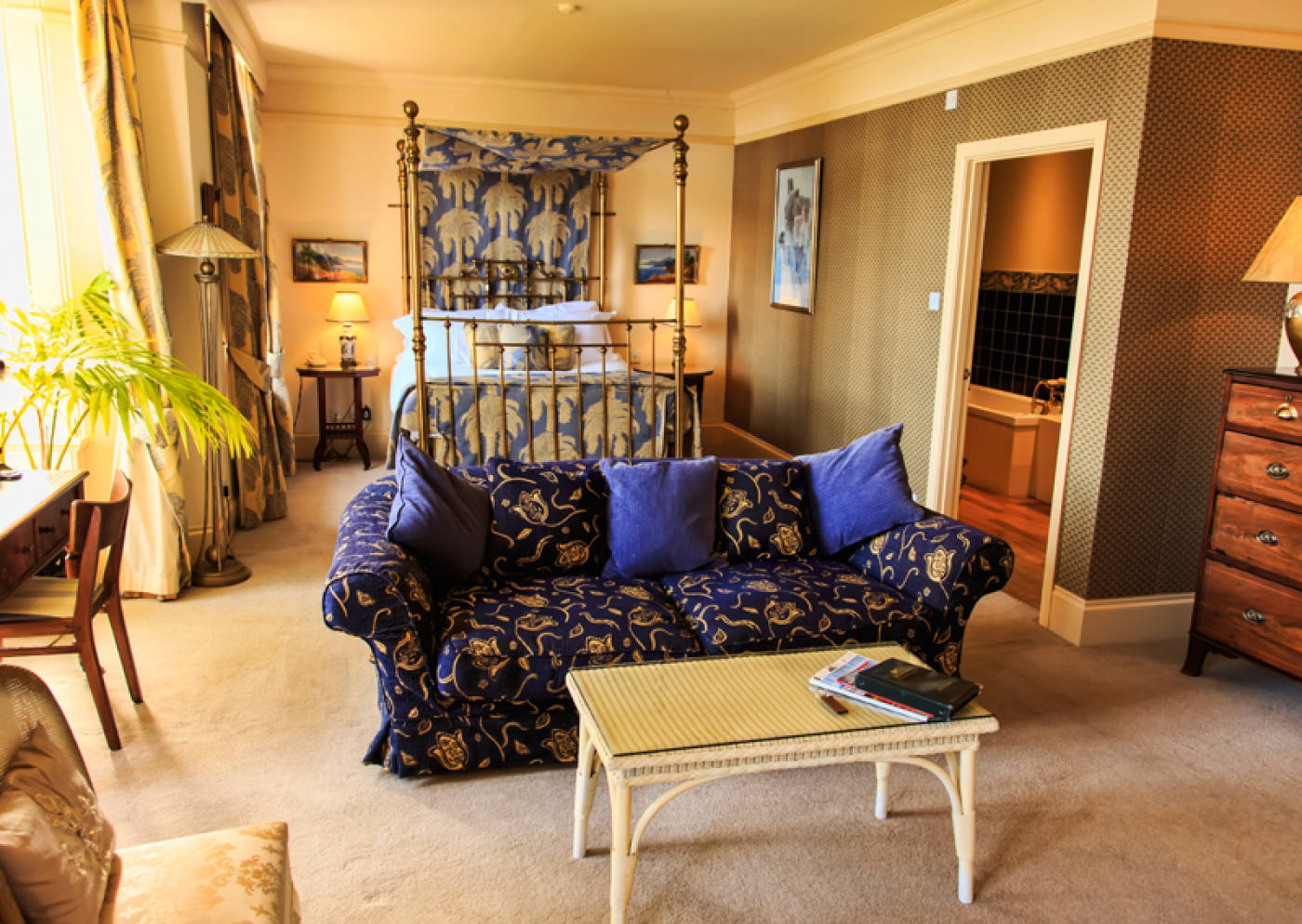 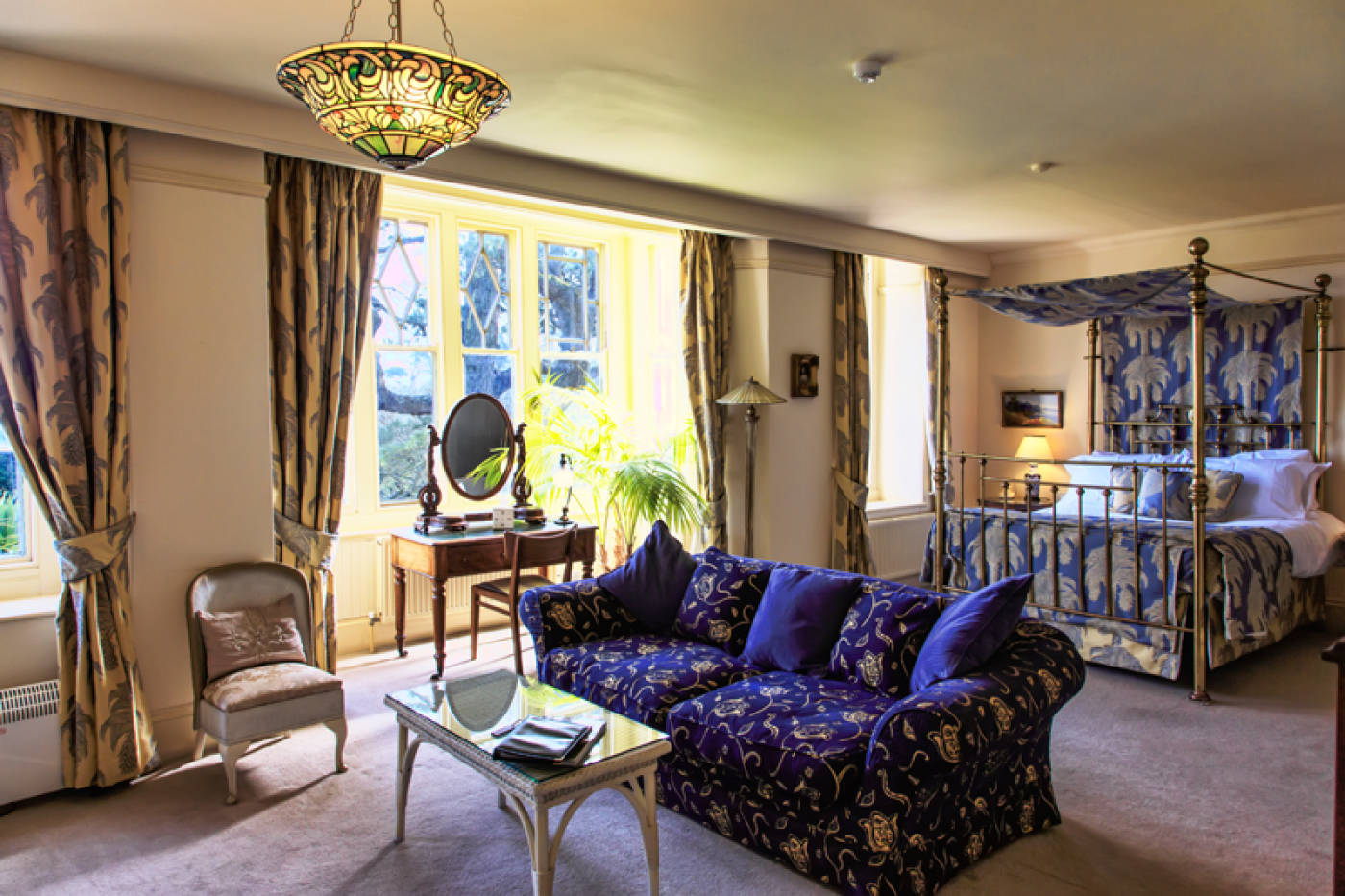 Dark woods, deep reds, large maps, ornate frames, decorative fireplaces and patterned rugs, make up the décor of the communal areas, with every room romantically low-lit – which is befitting their fabulous Devonshire afternoon tea. You’ll not want to miss the melt-in-the-mouth scones dressed with Devon clotted cream and strawberry jam which takes centre stage of the Orestone experience. And should you be wondering, the chic Brunel Bar know how to mix a terrific champagne cocktail. 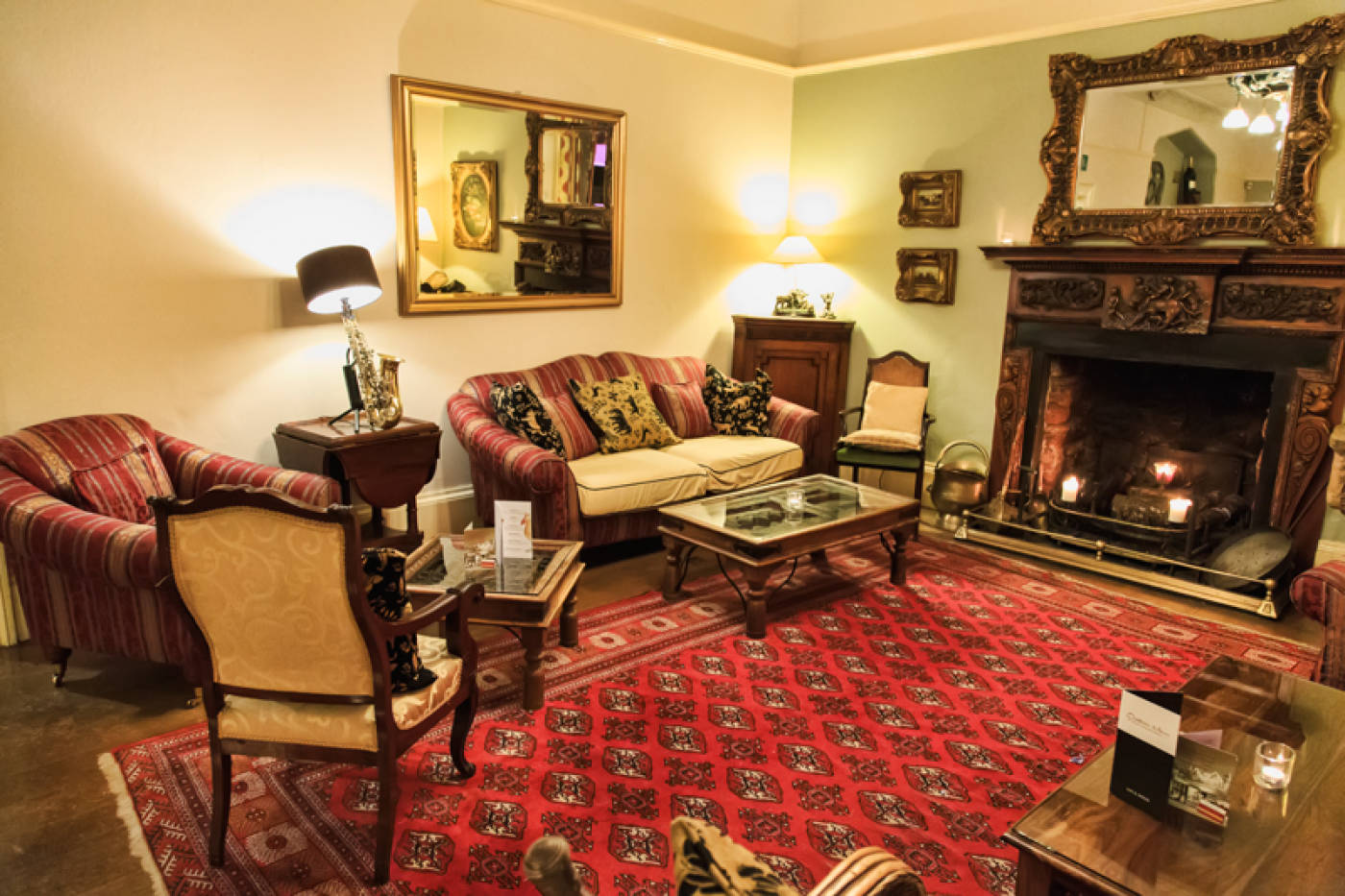 Since 2011, Orestone Manor has been privately owned and run (something you can tell immediately you arrive) by the D’Allen family who have brought the hotel back from the brink, earning it numerous awards and accolades. They’ve lovingly restored and updated the hotel with new bathrooms, a contemporary bar, and now three of the rooms have simmering hot tubs. 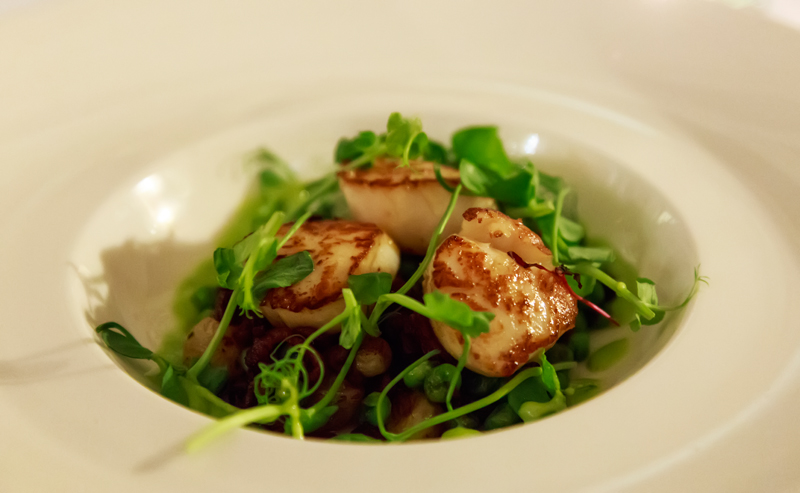 With Neil and Catherine at the stove, discreet service by uniformed staff bring forth gourmet food in degrees of excellence. It all began with a colourful spring-time plate of pan fried king Torbay scallops, pearl onions, peas, pancetta, and pea cream; followed by Brixham Bay mussels, cooked in cider and clotted cream – which was a religious experience; of course, my eyes were too big for my stomach but I did manage to finish the oozing chocolate Fondant, served with brandy steeped cherries and vanilla ice cream. Their passion for food is everything you’d expect in a hotel owned by a couple of executive chefs. No wonder this hideaway is the subject of rave reviews!

Says Chef Neil: ​“It’s a joy to cook fish dishes when it’s as fresh as we get it. It’s satisfying to plate up a perfectly cooked piece of fish, with a nice crispy skin and succulent flesh – that lovely aroma is something else. Scallops are great too – giving them a golden-brown top with bright white sides sitting on a garnish of crispy pancetta, pearl onions and pea shoots with pea cream. They look and smell terrific and they taste wonderful. It’s an absolute joy to create.

As we are just a few minutes’ walk from the stunning south Devon sea with its bountiful harvest, fish features strongly on our menu especially in the summer menus. Last year we served local lobster nearly every day. We used the classic crayfish Thermidor recipe, adding either garlic butter and herbs, or chilli and ginger. 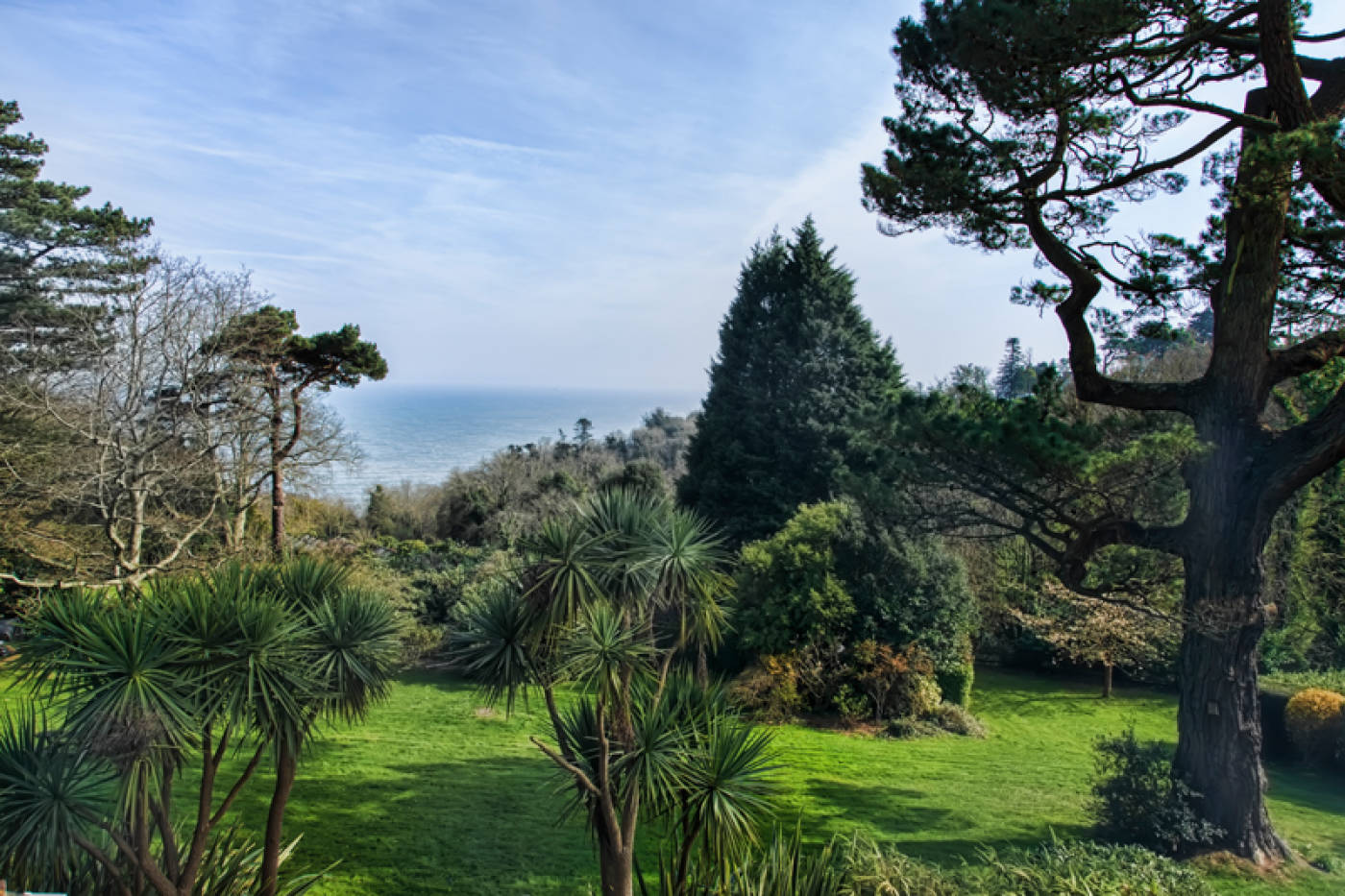 You do feel like you’re stepping back into another century, with glittering crystal chandeliers casting soft intimate light over priceless paintings and exquisite furnishings. If you close your eyes and let your imagination lose you may even hear the tinkle of fine glassware in this temple to fine cuisine, the shushing of evening gowns across the wooden floors, with giggles and whispers of secrets shared behind fans. Look deeply into the gilt mirrors, and see if you may find the stories they hold of sumptuous parties and important visitors.

So, it’s not a trendy place. What it is, is truly exquisite. 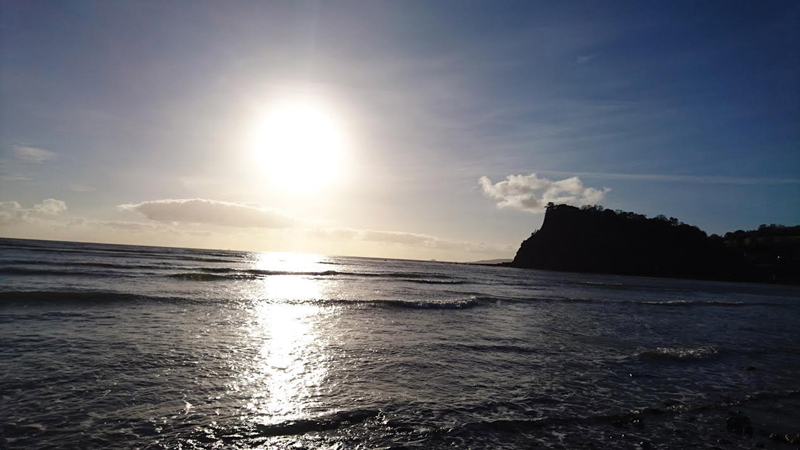