The towns of Rye and Winchelsea in East Sussex traditionally supported the Confederation of Cinque (pronounced sink) Ports; the historic series of coastal towns in Kent, Sussex and Essex, which were formed for military and trade purposes during the reign of Edward the Confessor and continued by Harold and William the Conqueror, laying the foundations for England’s Maritime Power.

Rye and Winchelsea were ​’limbs’ of the Head Port of Hastings. They were incorporated as ​‘Antient Towns’, which meant that they were already long established and of considerable importance. Before Henry II died in 1189, he conferred on them the same privileges as were enjoyed by the original members of the Cinque Ports Confederation. 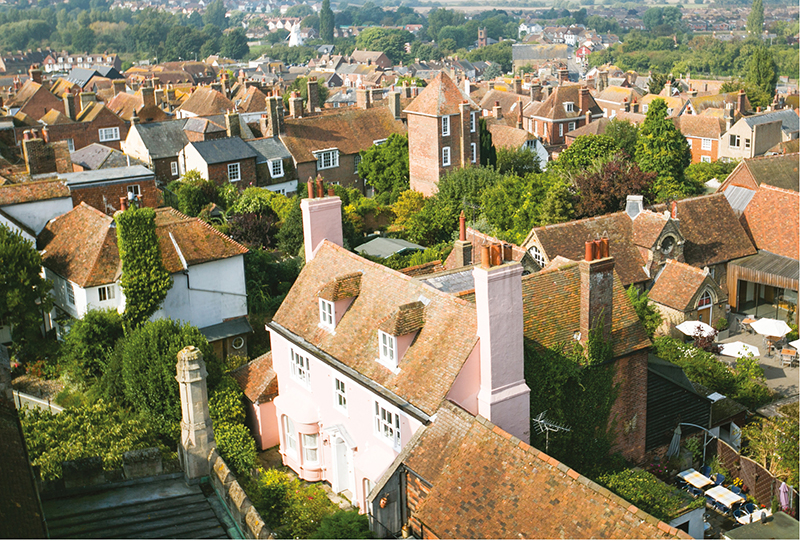 The chief obligation laid upon the ports, as a corporate duty, was to provide 57 ships for 15 days’ service to the King annually, each port fulfilling a proportion of the whole duty. In return they received the following privileges:
Exemption from tax and tolls; self-government; permission to levy tolls, punish those who shed blood or flee justice, punish minor offences, detain and execute criminals both inside and outside the port’s jurisdiction, and punish breaches of the peace; and possession of lost goods that remain unclaimed after a year, goods thrown overboard, and floating wreckage.

The privileges conveyed on the Cinque Ports, together with the turning of a blind eye to misbehaviour and its location over looking Romney Marsh, led to Rye becoming renowned as a smugglers town. Following the introduction of the customs system by Edward 1 in the 13th Century, smuggling was common throughout Medieval England, however, the smugglers of the south coast were particularly notorious for their violence, thinking nothing of killing anyone who stood in their way. 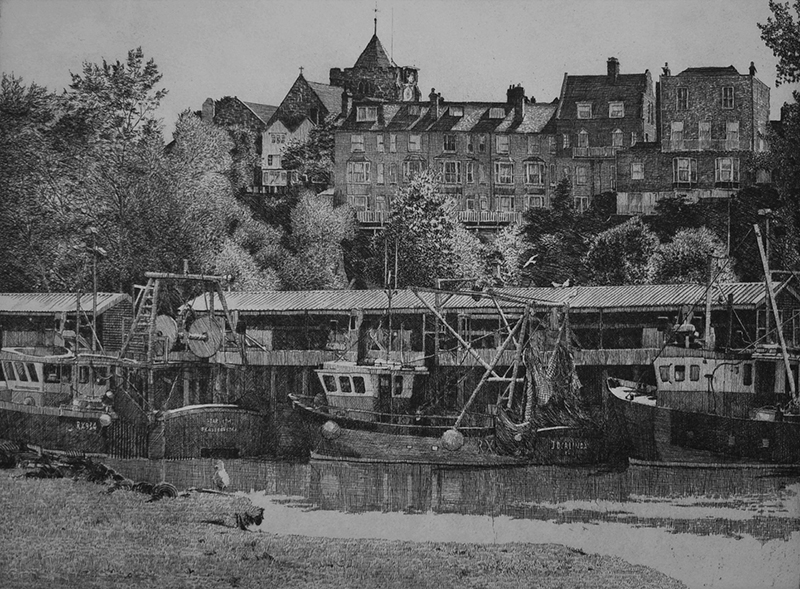 The infamous Hawkhurst Gang from the nearby village of the same name were regular customers at the Mermaid Inn in Rye. It is said that when they drank there, they’d sit with their weapons on the tables, in clear view with no fear of the authorities.

Smuggling continued in the area until the early nineteenth century, when war with France led to new coastal defences around Romney Marsh. The invasion never came, but these defences and the increased military presence served as a significant deterrent to smuggling.

The tales of smuggling on Romney Marsh have provided a source of literary inspiration for many, including Rudyard Kipling, who lived in nearby Burwash and was recently honoured with a new bronze sculpture installed in the village in his memory. To create the sculpture, Burwash based sculptor Victoria Atkinson researched Kipling using archives at Bateman’s where Kipling lived between 1902 and 1936, and the National Portrait Gallery. 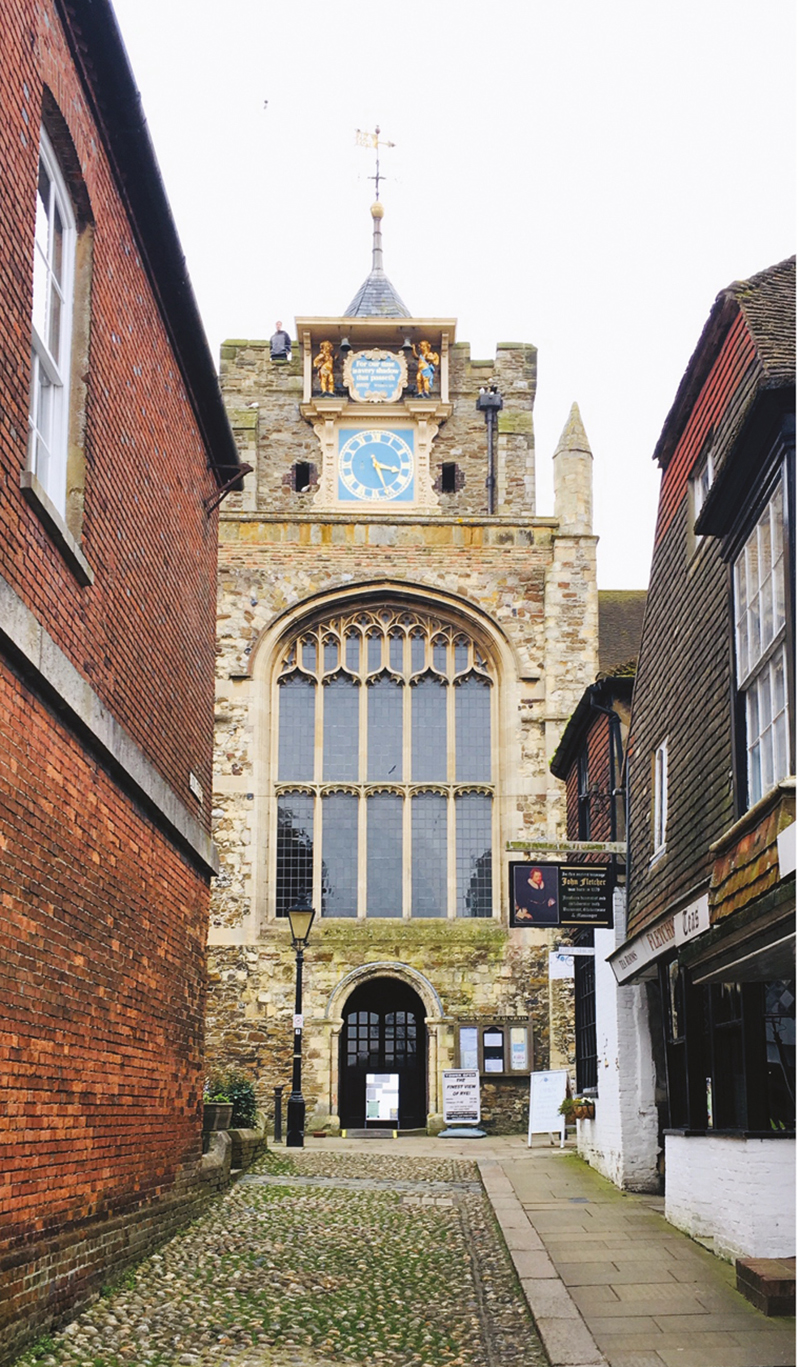 Today Rye plays hosts to an array of delicatessens, bookshops and other quirky independent emporia. Luxury products, antiques, books, records and artisan goods are Rye’s stock in trade, with outlets such as Puckhaber antiques, Wishbarn and Mint Antiques, Mr Tod’s Gifts, Interiors and furniture and the Shop next door and quirky pubs and eateries such as the Globe in Marsh, Webbes at the Fish café, Simon the Pieman and Rye Waterworks Micropub, which is housed in a building that was originally a water pump house and later a soup kitchen!

Established family business Puckhaber antiques is a mother and son partnership who travel extensive distances throughout the UK and France to source the best examples of French, Swedish and many other continental decorative antiques. They specialise in original painted furniture, period mirrors of all shapes and sizes, paintings and more…
The flourishing creative community also offers a warm welcome in the many art and photography galleries, including Rye Art Gallery, Roche Gallery run by artist Marina Kim, Clive Sawyers newly refurbished Just-one.gallery, and Rye Pottery. 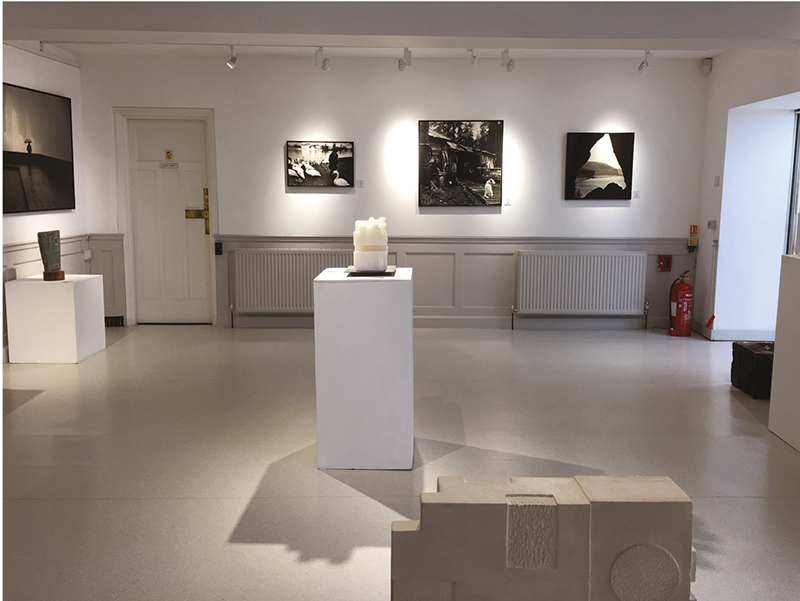 Originally established in the late 1700s, Rye Pottery has been run by the Cole family since 1947, producing unique hand-made tiles, homewares & decorative accessories. Currently managed by brother and sister team Josh & Tabby Cole, Rye Pottery is a classic craft and artisanal business, fusing high art with expert craftsmanship. It is one of just of a handful of production potteries in the world that continues to produce everything by hand using a 17th Century decorating technique known variously as Faïence, Majolica or Delft.

A walk around the charming cobbled streets is an absolute essential for all visitors to Rye. Personally, I would highly recommend a visit to the twelfth-century St. Mary’s Church, whose tower entices visitors with the promise of the ​‘Finest view of Rye”, across the rust-coloured rooftops of the medieval citadel melting into the lush greenery of the marsh beyond. Now postponed until the Autumn due to the coronavirus outbreak, St. Mary’s also play host to several concerts as part of the annual Rye International Jazz & Blues Festival. For those who appreciate music these concerts are not to be missed. For full details of new dates and to book tickets please visit rye​jazz​.com.

Mermaid Street is also a must-see, delivering a mix of timber-framed inns and elegant houses, which rejoice in eccentric names. Many of the beautifully preserved medieval, Tudor and Georgian buildings are open to the public as restaurants, tearooms or pubs, including the Mermaid Inn, Mermaid Street Café and the Ship Inn on the Strand.

To find out more about Rye, I recommend you visit the newly reopened Rye Heritage Centre, home to the Rye Town Model with multilingual sound and light show, and the Old Pier Penny Arcade, a unique collection of fully functional penny slot machines from the piers and arcades of the British seaside, some of which date from 1900.

Winchelsea is located approximately 2 miles south west of Rye and 7 miles north east of Hastings. The town you see today is actually a ​‘new’ replacement for the original ​‘Antient Town’ that was lost due to coastal erosion and a massive flood in 1287. The new town inherited the title of ​“Antient Town” from Old Winchelsea and retained its affiliation to the Cinque Ports Confederation together with Rye and the five head-ports. 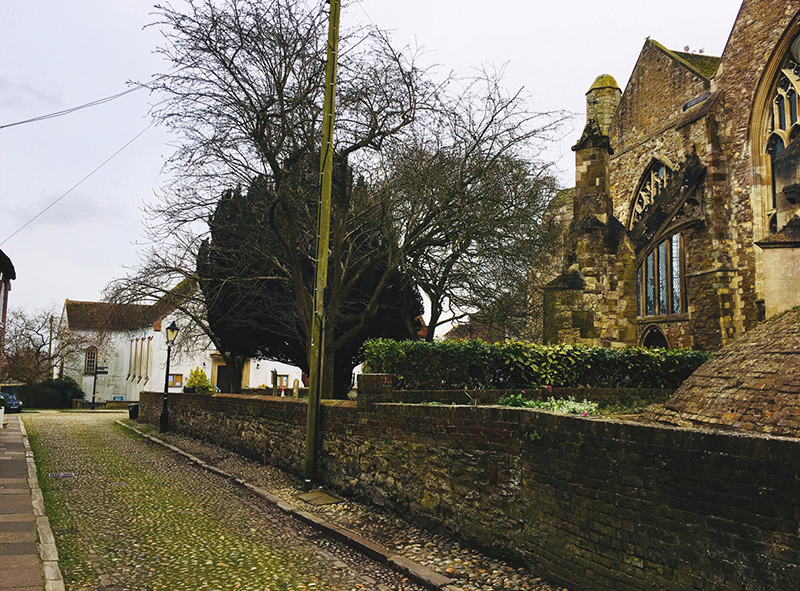 Winchelsea was famous for its involvement in the wine trade throughout the 13th and 14th centuries and its extensive cellars, said to be largest collection of medieval wine cellars in the country, with the possible exception of Norwich and Southampton, can still be visited on open days. For 2020 cellar tour details, please visit www​.winchelsea​.com

Winchelsea also retains three of its four original town gates and several original buildings, including the parish church, which is dedicated to St Thomas the Martyr and in whose churchyard is buried comedian Spike Milligan. The church was named in honour of the Archbishop of Canterbury, who was murdered in his own Cathedral in 1170 and is noted for its magnificent stained-glass windows, particularly the War Memorial Windows and tomb of Gervase Alard, Admiral of the Western Fleet. 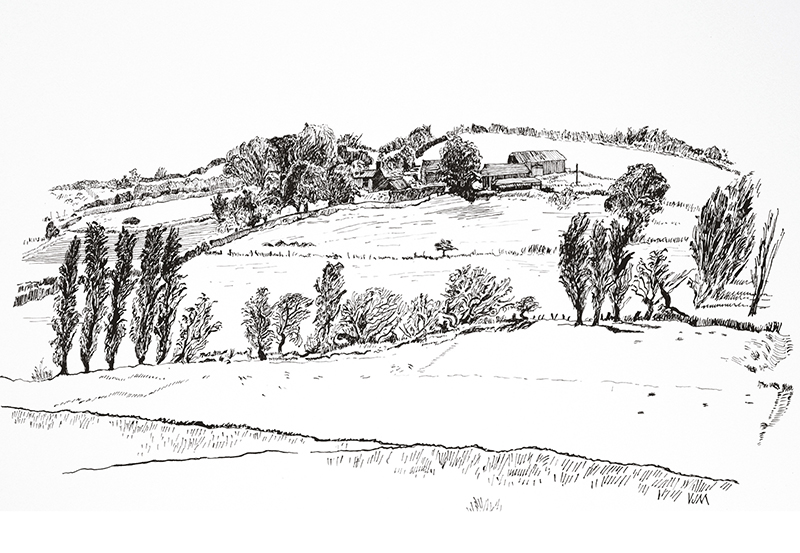 Across the road from the church is the family owned and run New Inn pub with rooms, and Court Hall, one of Winchelsea’s oldest buildings. At the foot of Strand Hill is the towns workhouse Strand House, just behind the port area, which runs along the riverbank on the far side of the main road.

Founded in 1981 for the preservation of local history, Winchelsea & District Historical Society is the go to for anyone seeking to undertake further historical research..

Written by Lesley Samms
Photographs of Rye by Lesley Samms. Pg. 5 Etching of Rye by artist Will Taylor RBA. Pg.7 Drawings of Rye and Winchelsea by artist Vincent Matthews SGFA. More artwork by Vincent is currently on exhibition at the Smallholding Restaurant, Ranters Lane, Kilndown. www​.purearts​group​.co​.uk to view and buy 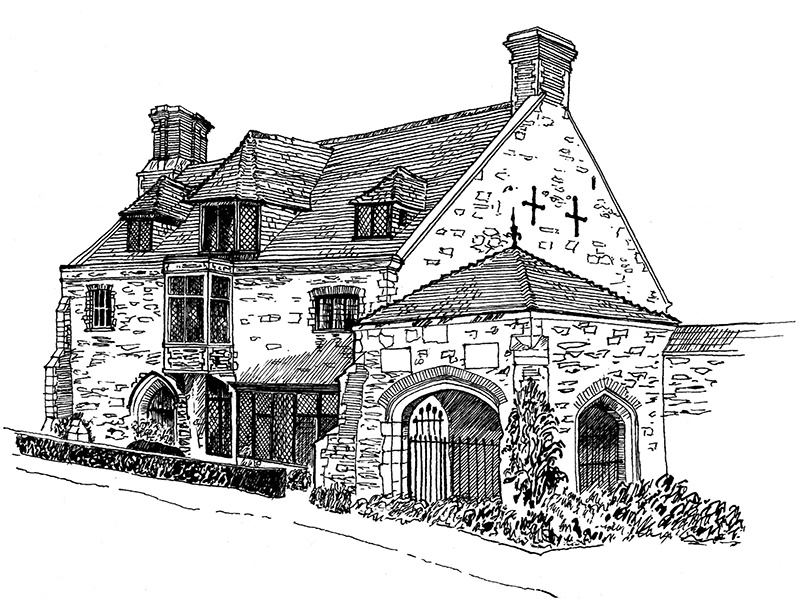