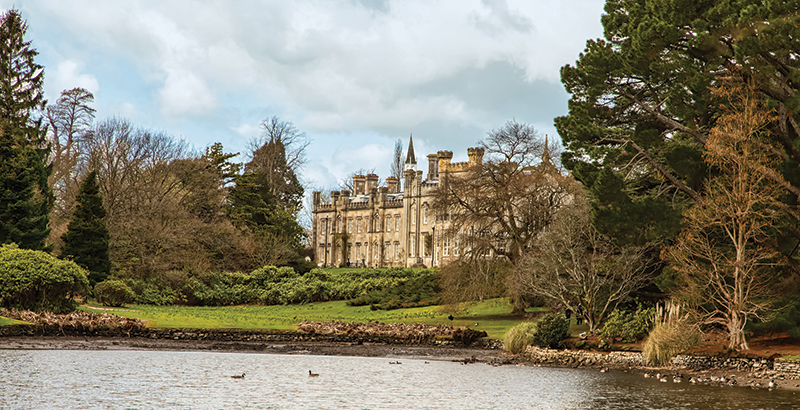 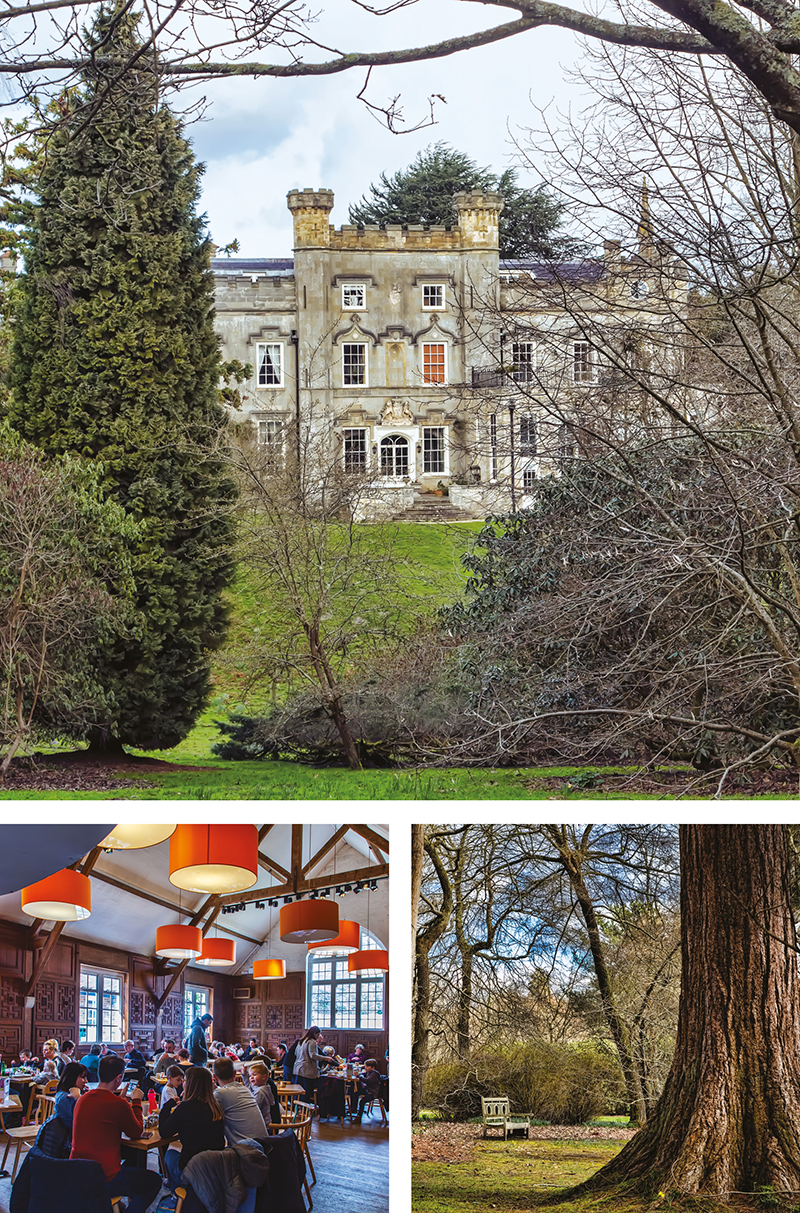 Sheffield Park, an informal Grade 1 listed gardens in East Sussex, lies in the valley of the River Ouse and was first sited in the 11th century Domesday Book. The ornamental gardens originally formed part of the estate of the adjacent Sheffield Park House, a privately owned neo-gothic country house that rises above the gardens. It, overlooking the panoramic lake, like a fairy-tale castle with its fine tracery window.

During the 18th century Lancelot ​‘Capability’ Brown was commissioned to lay the gardens to the Serpentine Style. His original lakes are still the centrepiece of the gardens, complete with panoramic views through the woodlands and cascading waterfalls.

Arthur Gilstrap Soames, a passionate plantsman, was the owner of Sheffield Park in the early 20th century. He saw to its further developed with large scale plantings of woodland gardens and an arboretum with both exotic and native trees. His love of autumn colours led him to plant acers of black tupelos and sweet gums. Soames travelled the world looking for inspiration for his garden and experimented with hybrid plants, using Kalmia specimens from several sources to create the pinkest bloom and a new types of Rhododendron.

• Cricket has been played at Sheffield Park since 1845. The third Earl of Sheffield laid a cricket pitch which was used in May 1884 for a match between England and Australia (the Aussies won by an innings and 6 runs) and drew a crowd of near 25,000.

• Just below the cricket pitch is East Park, another area of woodland steeped in WW2 history. During the Second World War, Sheffield House and Garden became the headquarters for a Canadian armoured division. Look around, you’ll see remnants of Fletching Camp. Recent archaeological excavations unearthed a network of paths, Nissen hut foundations and washing facilities, as well as a few personal items such as beer bottles. 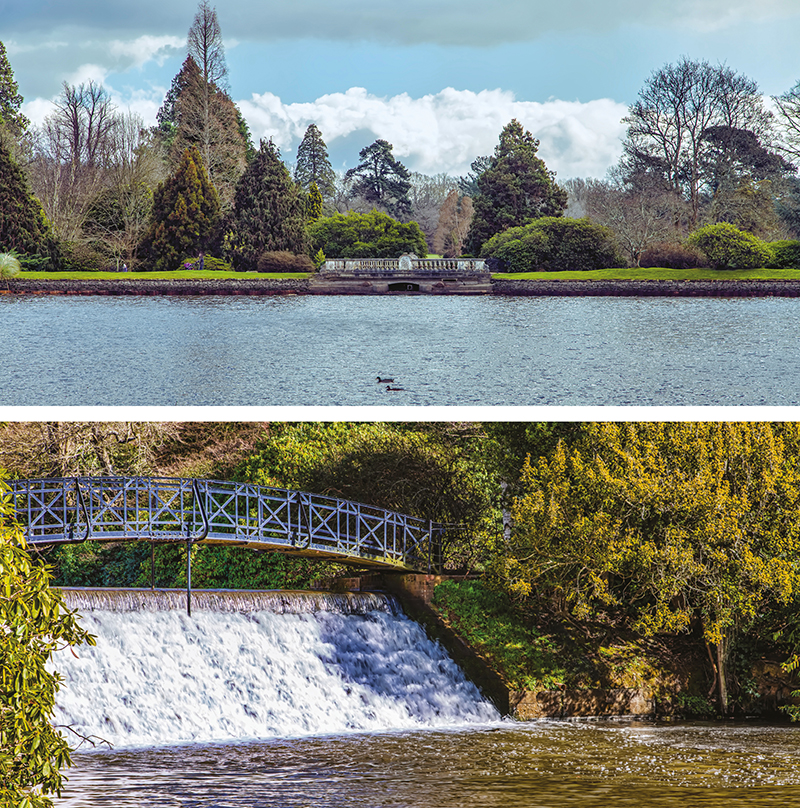 The Grade 1 listed ornamental landscape gardens are now owned by the National Trust who purchased a large wedge (around 80 hectares) of the estate. Today’s garden is a horticultural work of art created from centuries of different approaches to landscape design. Each owner has left their impression – whether it was the creation of the lakes, the construction of the Pulham Falls, the planting of Palm Walk or the introduction of many different tree and shrub species from around the world.

Acres of landscape garden bordered by historic parkland and woodland

It’s now overseen by head gardener, Andy Jesson, who’s been working on the parkland’s restoration project. He’s removed some of the overgrown trees along the riverbank, adding some berms to break the flow of the water, and two new bridges to get visitors across the river, to the new areas. It’s already amassed with wildlife – keep a look out for dragonflies, butterflies, kingfishers and birds of prey.

It is hard to know which season stirs the senses the most. Take a stroll along the gravel paths that lead around the gardens which, in spring, showcase daffodils and bluebells. In summer the extensive collection of giant Redwoods, ancient pollarded Sweet Chestnuts, Black Tupelos and Chusan palms, are mirrored in the tranquil ponds which themselves are studded with water lilies. Then there’s the national collection of Ghent Azaleas and the summer-time blaze of rhododendrons. In autumn the sapphire borders and gem-coloured trees transform the garden – the effect is dazzling, celestial even; and in winter frost adds a magical diamond glimmer to it all.. 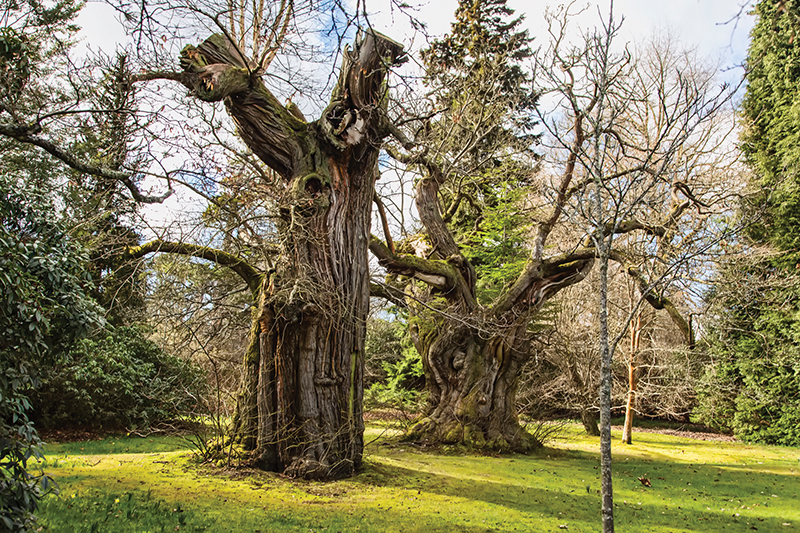 Tucked into a quite north corner, with an abundance of wildlife and natural art sculptures is Walk Wood, an ancient recently discovered woodland.

It all began back in 2002, when Andy Jesson started a woodland management plan to create better light levels for the bluebells. In the process he exposed the 18th century remains of planting and paths. Following advice from Nature Conservation, Forestry and historic curators as to how best preserve this habitat, Andy’s team, National Trust volunteer groups and contractors erected deer fences, improved access routes, undertook planting and rooted out of invasive species.

Now it’s a rewarding sensory experience that winds along pathways beneath historic Yew trees and Hornbeams; discoveries of astounding sights and tranquil sounds for the weir with its trickling water and rustling bamboo, of heavily-scented rhododendrons and site-specific ​‘power of life’ art installations.

There’s always something new: in springtime it’s the mosaic carpets of bluebells, anemones and wild garlic; in summer it’s the explosion of wildflowers; autumn brings hues of ruby, gold and rust; and winter it’s skeletal shapes.

Make a date to come for afternoon tea or a light lunch at the Coach House. Ingredients are always fresh and exciting. Gifts, books and plants are available in two shops alongside locally produced items.