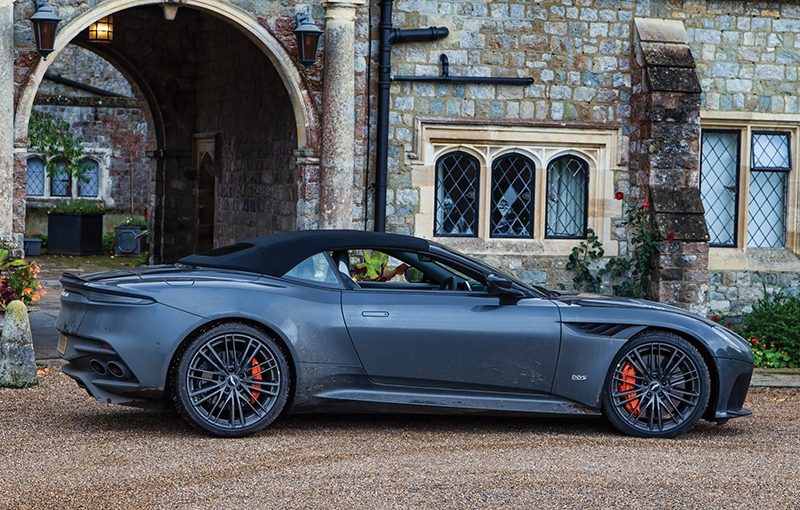 Aston Martin took its regular Vantage and slotted a 6‑litre V12 under the bonnet – delivering the ultimate performance sports car which epitomises the brand values better than any other. Massively potent 715bhp twin turbo V12 up front, rear-drive, and 2+2 layout inside. This is a brute in a suit.

It sits at the summit of the three-strong model range, above the Vantage and DB11, and features carbon body panels to help justify the £225,000 asking price.

Underneath it has a lot in common with the DB11 – the same platform and basic engine. The key addition is a high-torque version of ZF’s eight-speed gearbox that’s not just a software recalibration – this gearbox has a different casing to contain the beefed-up internals. This muscle car is 72kg lighter thanks to the carbon bodywork, and able to generate 180kg of downforce at top speed, with no drag.

To look at, there’s a lot going on. In the flesh the DBS looks like the swollen and slashed delinquent brother of the DB11. The honeycomb front grille is absurdly large, but on a car with such an absurd engine behind it, it works.

It’s much more appealing and striking than the DB11. I couldn’t quite put my finger on what has changed, other than a few bulked up power bulges, bonnet nostrils, a botoxed bumper, and the Vulcan-esque vent behind the front wheels set the design tone.

To look at it’s a piece of art, a centrefold, seduction on wheels, and a dream drive.
On the road, the deep and unrelenting torque-push feels marvellous, effortless even, which defines the DBS Superleggera. But the real aero benefits come from the front splitter, deeper side strakes, double diffuser. That and a development of Aston Martin’s ingenious aeroblade spoiler that ejects a curtain of air on the boot lip to help force the rear tyres into the tarmac.

When encountering a corner, you’ll also be pleased to learn the DBS picks up where the subtly honed DB11 left off. Now it feels pointier, more attuned and stays flat in the bends. In other words, Aston Martin have tweaked the engine to deliver the meat of its performance at real-world revs and have tuned the handling to engage and reward drivers of all ability levels.

Only in terms of layout and price is this a rival to a Ferrari 812 Superfast The 812 is a savage in comparison, the engine a masterpiece, the car hectic, the drive a constant bombardment. Yet you’d have the DBS every time.

The engine is composed and sophisticated. The ride so impressive you don’t notice the work it’s doing. Its manners are polished, it responds well to throttle and brake, oils itself through the gears, all the while accompanied by a purring engine which moves like an athlete.

The whole car is well judged and deeply satisfying to drive. It does its thing with calmness and dedication. Its supercar fast, but with gentler manners. And its 10db louder than the DB11 with the customary overrun of pops and burble in Sport and Sport+.

Inside the DBS, think DB11, just with a little more glamour. It still four seats – two generous ones in the front but super-cramped in the back; and like the DB11 the boot is wide, not deep.

The trim has been upgraded, with extensive options. Other than that, you’re looking at the DB11 which means the design and layout needs work.

The DBS is an easy sell to lovers of Aston Martin. It’s a more assertive, powerful car than the DB11, and for the wealthy the price differential is likely neither here nor there. So, who’s going to be buying the DB11 now? The cheaper V8 I can see a role for; the V12, less so. It’s more understated which might appeal to a few, but surely the vast majority are going to want the one that looks like it’s been working out?

Its nearest rival is the 812 Superfast, which is another kettle of fish altogether, so you’re looking at the Bentley Conti GT.

On paper it’s slower, but with 4WD it’s better able to deploy its power at relevant speeds. But the Bentley is also substantially heavier, so relies on its chassis electronics more and is less rewarding to drive – it doesn’t have the same simplicity and clarity of communication that the Aston enjoys. 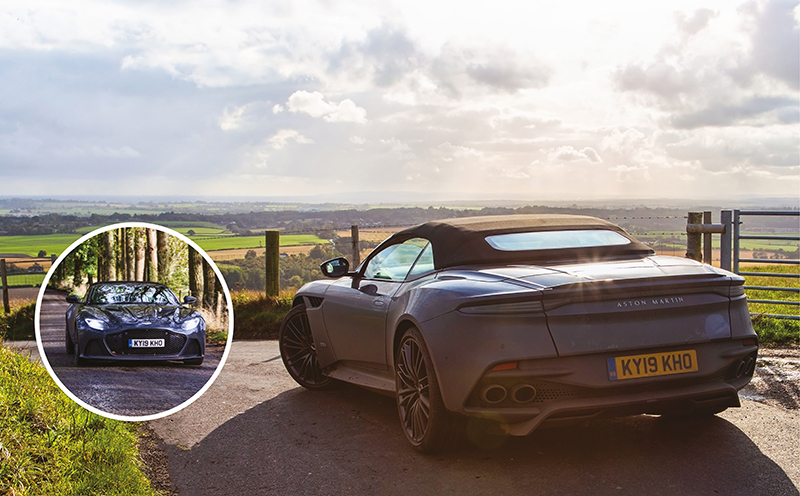 The DBS is another model to keep the firm ticking over until the new St Athan plant comes on line to build the DBX crossover. That, plus the Valkyrie, their mid-engined supercar (in fact seven models over the next seven years), will be Aston’s chance to show there’s more to the company than a familiar range of sporting GTs.