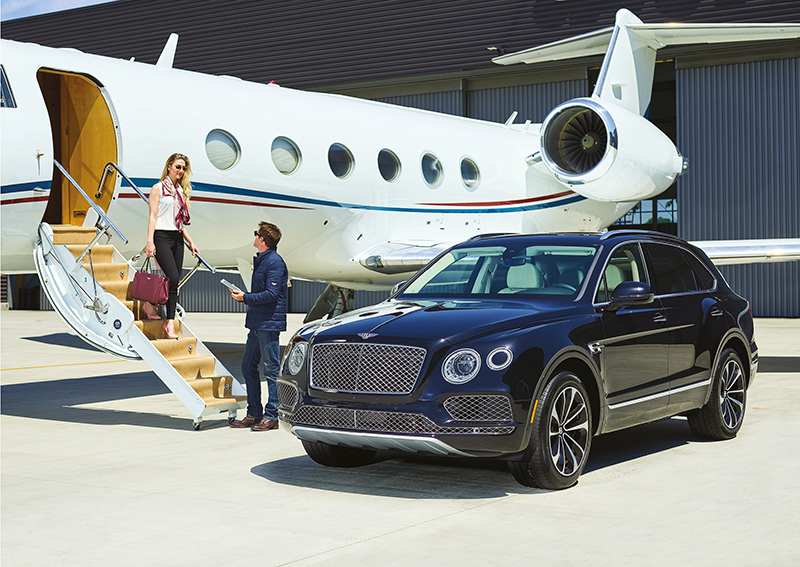 As with most car manufacturers there is an argument to be had about what constitutes the very best. As far as SUVs go Bentley is so far off the scale, compared with what already exists, it has created a whole new class: the hyper-luxury SUV. All this happened in 2016 when the Bentayga debuted; now Bentley has been joined by the Rolls-Royce Cullinan and the Lamborghini Urus.

Even though Bentley knows everything about building luxury cars, I have my doubts about how they could pull off the broad remit in delivering a luxury 4‑wheel drive SUV, with a V8 diesel engine.

In its first year Bentayga produced 5,586 cars; in 2017 it dropped to 4,849. That said though, their Bentayga production numbers are more than double of any of their other models. This may well be why Bentley offers a choice of three Bentayga engines – the V12, the V8 twin-turbo petrol and the big-hitting, effortlessly strong, turbocharged, fuel efficient, 4.0‑litre twin-turbocharged V8 diesel.

You couldn’t possibly mistake the Bentayga for anything other than a Bentley, what with its corporate mesh grille bracketed on either side by iconic spherical headlights. But it’s far from perfect.

First, the looks. The Bentayga, every inch a luxury car, fractionally bigger then Audi’s Q7 (with which it shares its architecture), is not easy on the eye. Simply put, it’s ugly. Its styling isn’t going to appeal to everyone, and in the cut and thrust of daily traffic it looks comically large (5.13m long, 2.22m wide and 1.74m tall), even if it doesn’t feel it to drive. But what this bulk means is that it’s also spacious on the inside.

Look around the interior and practically everything you can see, hear, touch and interact with speaks of outstanding substance, technical sophistication, tactile allure and rare craftsmanship.

Swaddled in the gratifying richness and comfort of the Bentayga’s cabin the drive is supremely tranquil. This easily feels like the most luxurious car the company currently makes.

Inside it’s sumptuous, with hand-finished leather and wood, with vast potential for customisation. My test vehicle’s entry price is £135,800, then add onto that a whopping £68,825 worth of extras (Bentley reckons the average Bentayga customer will tick option boxes to the tune of £40,000). Given that the Mulliner Driving Specification pack (22” wheels, diamond-quilted seats, drilled sports pedals, embroidered Bentley emblems, choice of hide, carpet and interior colour combinations) costs £15,570 and the Beitling analogue clock costs £2,995 it’s easy to see how.

Other than the two options above, my test car’s options include a £5.5k paint job, contrast stitching on the seats, LED welcome lamps, all terrain and city specifications, front massage seats, and touring specifications, a double sun visor, a heads-up display, a hand-stitched leather-wrapped heated steering wheel, an eight-inch touchscreen navigation system encased in a leather-bound piece of structural trim, a custom 20-speaker, 1920-Watt Naim sound system, rear seat entertainment screens, comfort this, deep pile that… and this is just what’s on the inside! 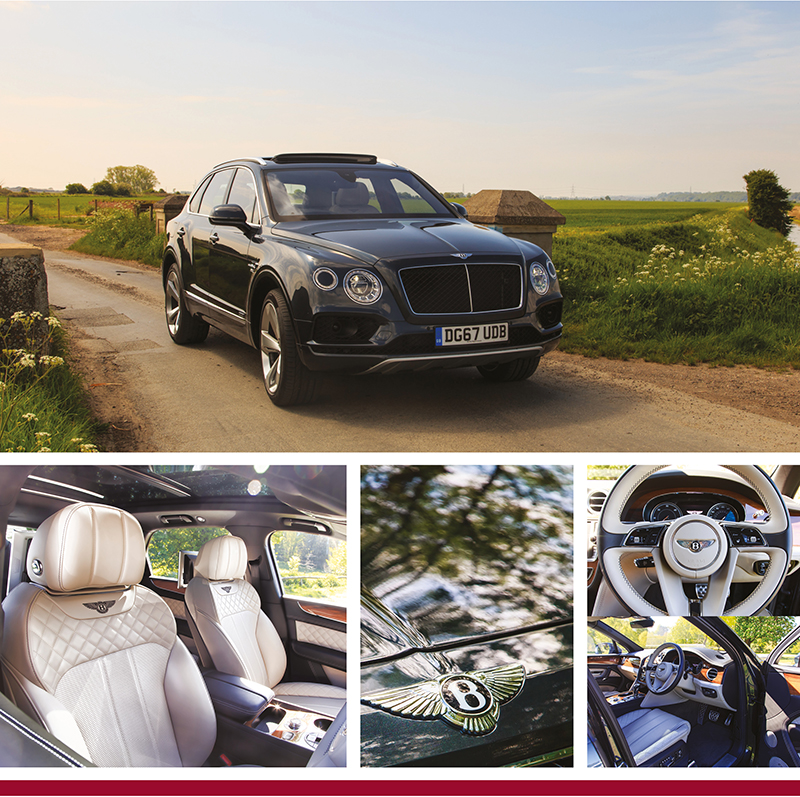 The Bentayga is predictably outgunned by its bigger brother however, it recovers some ground in fuel efficiency. With the help of stop-start and cylinder deactivation technology that turns V8 into V4 when you’re stroking the throttle. This car’s true selling point is that it’ll manage near 600 miles to a tank.

The gurus at Bentley’s waived the proverbial magic wand at Audi’s SQ7s engine and did some serious recalibration for use in the Bentayga, focusing on refinement. It’s easily the most polished diesel engine out there, staying fantastically hushed almost all the time. The engine note is a little nondescript, but I believe an Akrapovic sports exhaust is in the works.

As for the ride, it’s good, given the forces at play. Inside, this diesel-powered cocoon is about as quiet as a pair of noise-cancelling headphones. For a near 2.5‑tonne behemoth it’s impressively effortless – that’s if you’re going in a straight line.

The Bentayga is not a sports car, nor is it a performance car, it’s a high sided SUV, with very little in terms of feel or engagement to the road. It’s half decent off-road, but not all-conquering in the rough stuff. Going through the bends, weight is a handicap and the tyres spoil the handling.

Maybe I’m expecting it to deliver more of what Bentley is known for, which it doesn’t. Instead, what you do get is a mean-looking, ostentatious grand tourer, with a good engine and an interior like nothing else. If you invest in such opulence it’s because you can.