Bentley’s Mulsanne may well be big, bold and flash, but these aren’t essentially negatives when you’re looking for a car that symbolises status. Undeniably stately, the Mulsanne exudes luxury, complete with a hand-built finish, tailored to a detailed spec.
In 2010 Bentley replaced its flagship, the Arnage, with the Mulsanne, their biggest, most expensive motor. It’s a rolling palace: respectable, imperial, distinguished, reserved, a little edgy even. 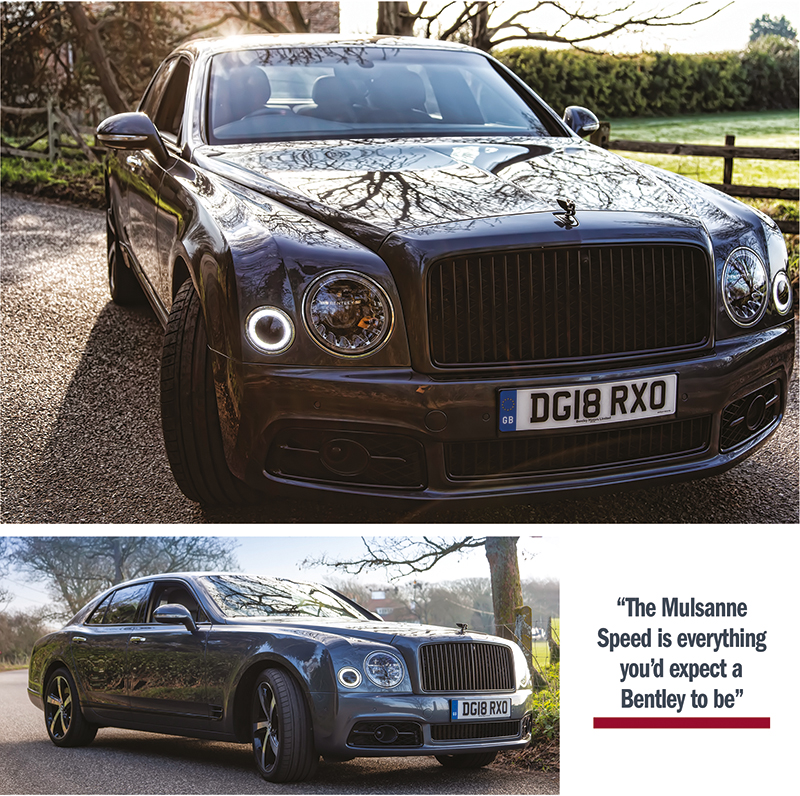 In Europe they sell only a few hundred a year, so they’re rare; but in China Bentley can’t feed its growing dealerships network quickly enough.

The Mulsanne’s styling changes introduced in 2016 are relatively subtle and include a set of LED headlights and B‑signature tail lights, a new colour pallet and a few trim improvements. However, the Speed is differentiated by a dark tint finish to the exterior chrome work, exclusive 21-inch Speed alloy wheels, dark tinted front and rear lights, a rifled sports exhaust and discreet Speed badging along the flanks.

The Speed’s styling and looks are imposing, as any Bentley saloon should be, but it’s not conventionally pretty. Rather, it’s handsome, with a menacing guise to the front end – a modern-day homage to the Bentley S‑Type of the 1950s. But at the heart of it, it’s a traditional Bentley, with modern touches.

Few places are nicer than the interiors of a Mulsanne Speed with its ambient interior lighting, it’s rich, lustrous wood, soft leather, and a smidgeon of polished steel; and you’re not left wanting for additional equipment at the helm of the Mulsanne. It’s extremely well (and complicatedly) rigged out with all manner of things that you didn’t even know were possible like a 14-speaker, 2,200-watt stereo system.

Since the current Mulsanne was launched in 2010, Bentley has continued to make improvements; most notably with a new infotainment system, and other 21st century must-haves like iPod, Bluetooth and telephone connections, which are secreted away underneath the eight-inch satellite navigation screen.

Should you prefer to be driven, in the rear you can spread out, there’s plenty of room, make yourself at home. Concealed in the central back divider is a fridge to keep the Chablis chilled and two sturdy picnic tables. For entertainment, on the back of each front seat are a couple of tablet-style 10.4‑inch screens.

The quality of finish to the Speed’s interior is superb. There’s a choice of 24 colours of leather to swathe nearly every interior surface; and for the face of the dashboard and the door cappings, there’s 12 beautifully polished veneers. The scope for personalisation is enormous – limited only by imagination and wealth.

Bentley’s flagship saloon is just under 5.6m long, with a banquet table-like bonnet and a rear-end overhang, which is textbook luxury car styling. It’s had a few nips and tucks around the engine mounts and suspension, but the most telling of all is the especially designed wave-absorbing foam-filled Dunlop tyres, which reduce road noise by 50 per cent.

On the road there’s a lot going on. Stab the Speed’s throttle deep into the inch-thick carpet and the long bonnet rises on its 21-inch wheels, delivering instant and considerable performance, catapulting from 0 – 60mph in 4.8sec — which is as quick as many high-powered sports cars.

The Mulsanne Speed is a luxury car designed especially for those who prefer to drive rather than be driven. Its driving modes have been reconfigured, providing a stiffer, quicker-responding chassis that sacrifices just a little driving comfort for a noticeable agility; but you’ll barely notice this small sacrifice from the comfort of your airline-style multi-adjustable driving seat.

There’s a big twin-turbocharged 530bhp, 6.75-litre V8 engine which steps in at an impressive rate, slipping smoothly through its eight automatic gears with a vocal V8 sound track. At cruising speed this fades into the background as you make effortless, near whispering progress.

All of this sits on a steel monocoque and features a double wish-bone at the front and a multi-link system at the rear, with height adjustable air suspension, lightweight super-formed aluminium doors and front wings — a process borne of the aerospace industry.

The first thing to get your head around is the scale – especially the width, which may be troublesome on narrow roads. The big Mulsanne Speed is more at home on the wide-open roads. Around town, the Speed’s sheer size makes its presence felt as traffic tends to give way, making room for your approach. Driving quickly along tight and twisty B‑roads in firm Sport-mode is equally unnerving, due to the amount of body roll. That’s not to say the Speed is nautical, on the contrary. Taking its sheer size into account it goes without saying you won’t be out-manoeuvring a hot hatchback; but from a standing start they may be in for a surprise.

Purchasing and running a Bentley is not intended to be cheap. The Mulsanne Speed is a hand-built statement of astounding financial clout. Bentley owners are known to the Crewe-based factory, they’re the folks who are invited to the factory for refreshments and shake hands with those who build the engines and craft the interiors.

Next to its nearest rivals, the Mulsanne isn’t particularly expensive, but Bentley would prefer you to think of the Speed’s £252k price tag as a starting-off point and would encourage a prospective owner to dip into the pot of seemingly infinite options for an exceptional customisation process. Be careful not to go too outlandishly personal, as you may severely reduce your Mulsanne’s resale value. But I jest. You don’t sell old Bentleys – you simply buy another to park alongside it in the garage. 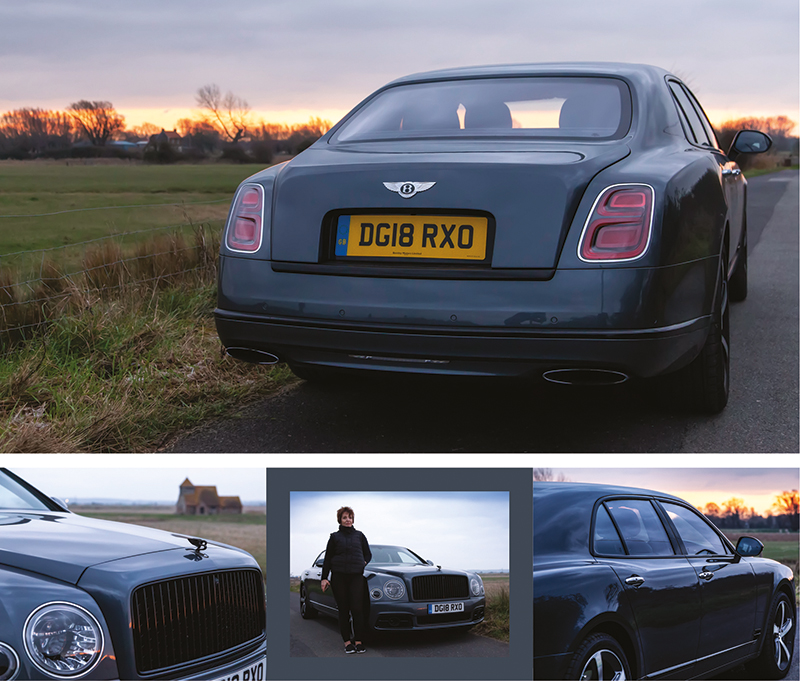