If there’s one type of car that represents our current period in motoring history, it’s the SUV – and now Jaguar has cut in on the action and brought us their first ever SUV. Putting it through its paces our editor, Cindy-Lou Dale, takes the F-PACE on a gruelling 2,700km road trip through the Klein Karoo – an otherworldly, semi-arid desert region of South Africa, with a broad blue horizon and immense space.

Showing the unobtrusively smooth and effortlessly powerful F-PACE around several gravel mountain passes I must admit Jag’s designers have brilliantly merged the 25D engine with the eight-speed automatic gearbox, delivering it in the high driving position of an all-wheel drive.

I was initially tempted to play with the paddles but found it best left to deciding for itself what ratio to pick as the gearbox mapping is spot on and makes for fingertip light steering, which completely dominates the driving experience. Finding a few wet patches on the s‑bends of the mountains, the full-time all-wheel-drive system kicks in. At the first sign of wheel slip 50 percent of the power is sent to the front wheels – a process that happens in milliseconds. Drive a little below the F-PACE​’s limits, keeping the steering and throttle inputs smooth, and it displays more agility than its Land Rover relatives.

I roll into Barrydale and drop my bags off at the 3‑bedroom Karoo Moon Motel, directly beside the funky and retro Diesel & Cream American diner – one of those places where repurposed farming implements each have their own story.

I spend the afternoon with 86-year Oupa Koos Van Coller, a 6th generation Barrydale farmer. We sit on his step, reminiscing about the good old days. He draws on his pipe, takes a long swig of his Oude Molen brandy and studies the F‑Pace. He points his pipe in its general direction.

“Looking at that car reminds me of a story an old family friend once told. Uncle Jan Cronje told me of his perilous journey over the Outeniqua mountain pass to deliver brandy to KWV. Back then it was a 4‑day ox wago# n trek.” He puffed some more, then continued. ​“Uncle Jan explained that at the top of the pass there was a station to decamp for the night and a kraal for the oxen, where they’re fed and watered.” He paused for thought. ​“In the deep of the night Uncle Jan heard the oxen grow restless and, armed with a whip, went to investigate. He cracked his whip in the air, and once more at the oxen, this time connecting one on the rump; but instead of the ox bellowing in distress it hissed at him. You see, it wasn’t an ox he’d caught with the tip of his whip, it was a leopard.” We sat in silence contemplating a journey that would now take 2‑hours.

A couple of days later, I take a 6am drive up the mountain overlooking Graaff-Reinet, it’s worth every click below zero Celsius – the 360-degrees view across the crow lonely landscape is so vast that you can see the curvature of the earth. Then the sun bridges the purple horizon, its long fingers reaching out blessing the Valley of Desolation and the far-reaching land around it. 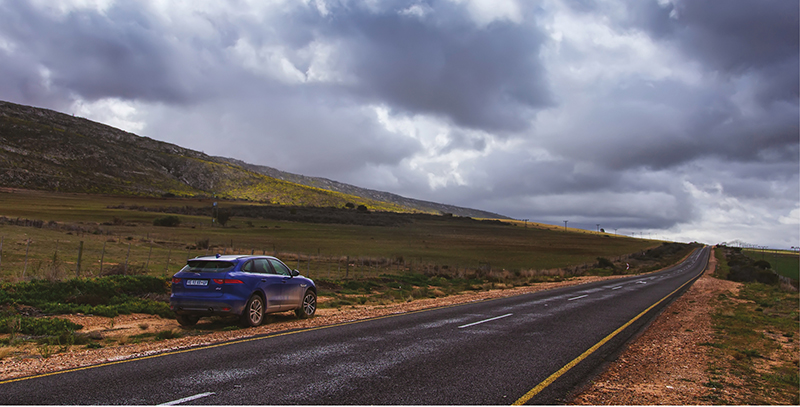 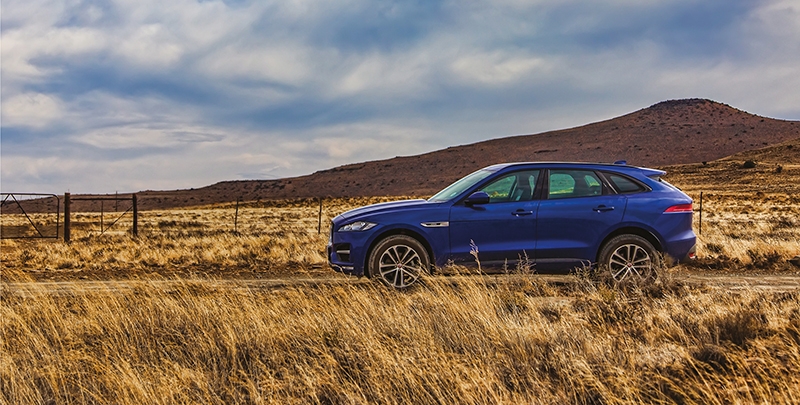 In a puff of gravel dust, I set off over the forbidding mountain, perilous with tight bends and sheer drops from unimaginable heights, providing spectacular views over deep gorges and distant almost inaccessible hamlets. The one I’m aiming for is Nieu Bethesda, which quite literally is an outback village filled with former city slickers who quit the fast life for one in the platteland.

Here I meet Chrissy of Tot-Hier-Toe Padstal, a quaint farm store filled with everything you didn’t know you needed; Nico of Dustcovers, an eclectic bookshop; Andre a former economics lecturer turned brew master and creator of goats’ milk cheese at Brewery and Two Goats Deli, then I take a wander around the bizarre Owl House Museum of Helen Martin, an outsider brut artist with a fixation of glass and cement. Athol Fugard wrote a play based on her life and work.

Heading to the frontier town of Cradock (where I’m to learn the art of making the finest carrot cake in the country, from chef Maswazi Mabusela, at the Victoria Hotel) I decide to floor it. Driving through the Karoo’s authentic towns, along barrel-straight roads, interspersed with several tight cornered mountain passes, is a time for reflection on the drive. After a week at the wheel, you appreciate the full impact of the ergonomical driving position as there is not the remotest bit of fatigue.

Although the F-PACE has lightweight aluminium architecture, I wouldn’t dare chuck it around like a hot-hatch. Instead of Porsche-like track handling, what Jaguar’s engineers have fixed on instead is what customers want – comfort, space and something brisk to drive around in. As such they’ve designed an SUV that’s fun to drive, fast but not manically so, tall enough to peer over the horizon and tough enough to deal with some light off-road excursions. It’s spacious, too, and – something I haven’t mentioned yet, but perhaps the most important point of all – it’s good to look at. It’s more of an F-TYPE on stilts than a full-blown SUV, complete with a dynamic silhouette and low roofline. For me, it’s the best-looking SUV out there. And it runs on the smell of an oil rag!

Now my tenth day on the road, I’m on the return leg to Cape Town, driving over the Pan-like fairy-tale landscape of the Outeniqua mountain pass – thinking of Uncle Jan Cronje’s ox wagon trail. The Jag has earned every one of its off-road accolades and (like me) is looking a little hard for wear, complete with a small branch wrapped around the back axle.

This is a bold and different direction for Jaguar, who have made a splash about entering the SUV market; and it’s been well worth the wait. If the F-PACE doesn’t become their best-selling model ever, I’ll eat my hat.