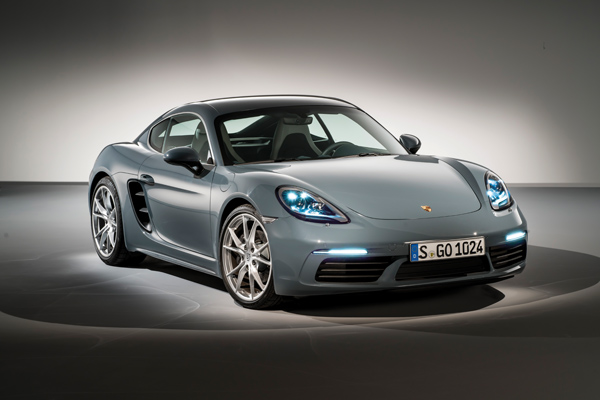 Recently unveiled, the new 718 Cayman is the latest and fourth generation of the mid-engined, two-seater sports coupé. Distinguished by a distinctive athletic and purposeful appearance, the new flat-four turbocharged ​‘boxer’ engines delivers upwards of 300 hp beating at its heart. 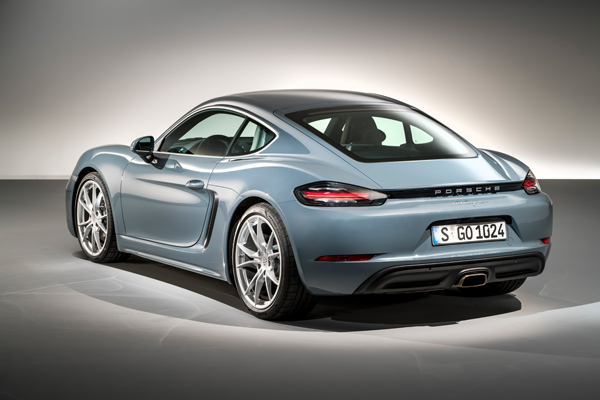 Since its debut in 2005, the Porsche Cayman has earned a particular reputation as a driver’s car among owners and fans alike. Now, the new 718 Cayman aims to once more set the class benchmark for driving performance.

Like the 718 Boxster, the new 718 Cayman models continue the tradition of the Porsche 718 mid-engined sports cars that won numerous races in the 1950s and 1960s, powered by four-cylinder ​‘boxer’ engines. 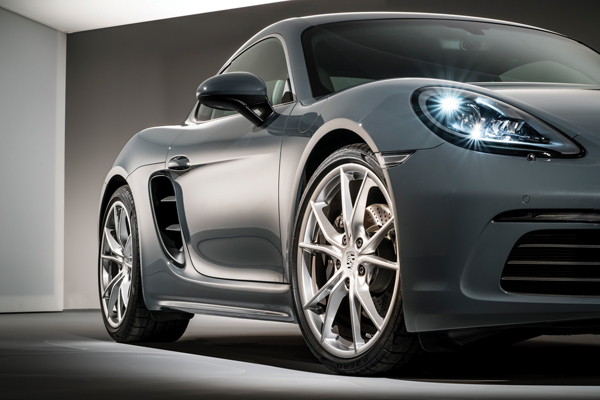 The tremendous thrust from the new four-cylinder turbocharged engine promises rewarding levels of responsiveness even at low revs. The 2.0‑litre engine of the 718 Cayman produces up to 380 Nm (plus 90 Nm) of torque, generated between 1,950 – 4,500 rpm.The 2.5‑litre engine of the 718 Cayman S features a turbocharger with variable turbine geometry (VTG). This technology has been hitherto used exclusively in the 911 Turbo, and is unique to Porsche in petrol engine applications. 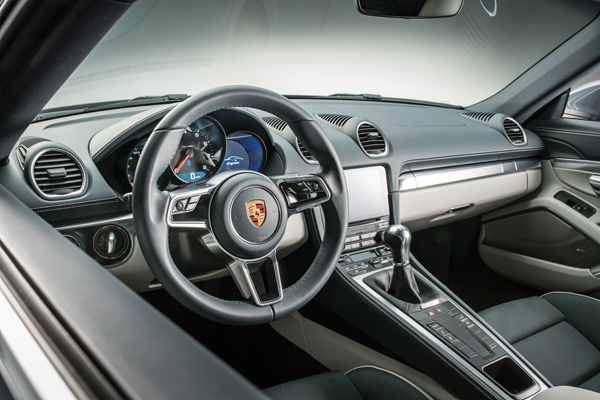 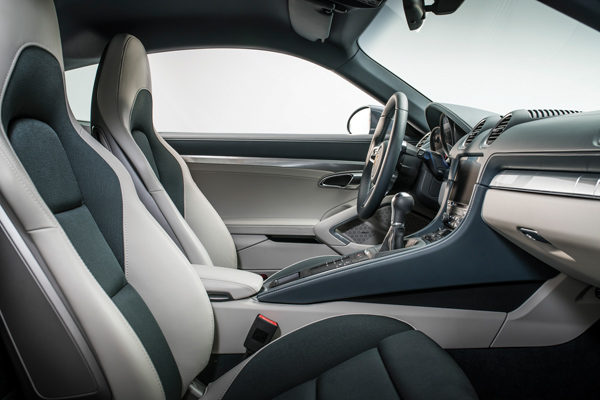 The Sport Chrono Package can be adjusted via the mode switch on the steering wheel. Supplementing the previous settings of ​‘Normal’, ​‘Sport’ and ​‘Sport Plus’ is the ​‘Individual’ programme, which is able to call up previously programmed individual settings for various systems.

Distinctive design for a more muscular appearance
The new 718 Cayman has been further developed as comprehensively in its design as in its technology. The taut proportions, prominent air intakes at the front and sides and sweeping profile underscore the boost in dynamics. The nose has a much sharper profile, which gives the front end a wider and more purposeful appearance.

Viewed from the side, the new coupé reveals its striking sculptured wheel-arches and side sills. The re-designed rear also has a much wider appearance, emphasised by a high-gloss black strip with integrated Porsche badge between the tail lights. The tail lights themselves have been completely re-designed and are distinguished by their technological three-dimensional styling and four brake individual brake lights that appear to float freely.

Options are available to extend the PCM. The Connect module, for example, includes special extensions for smartphones, such as the USB port, Apple CarPlay and Porsche Car Connect. Another option is the satellite navigation module with voice control, which makes it easy to input driving destinations. If the Connect Plus module is selected, this can be extended with real-time traffic information. Drivers can also make use of additional comprehensive services via their smartphone, which include the Porsche Connect App and Porsche Car Connect App

Customers will also be invited to explore the potential of their new car, and further develop their own skills behind the wheel, by participating in a bespoke driving experience around the tracks at the recently-expanded Porsche Experience Centre,Silverstone. 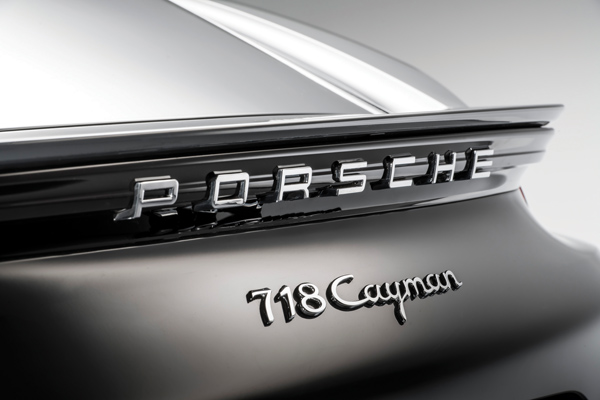