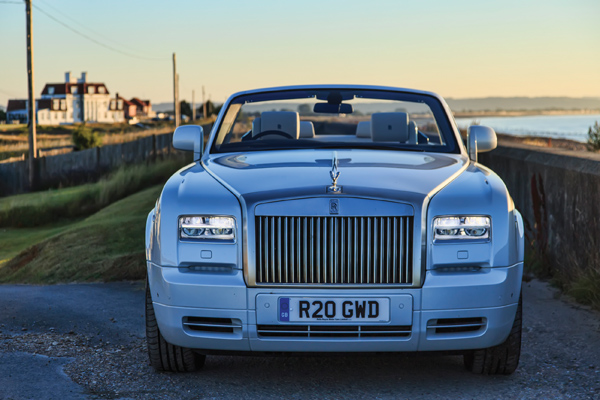 Just 57 minutes from London by train and so near to Europe you can see France, is Folkestone, one of Kent’s numerous coastal towns. In the Creative Quarter, along its cobbled streets, you’ll find quirky stores, pastel-painted studio-galleries, bespoke clothing boutiques, chilled out bars, chic eateries and cutting-edge art studios – which affordably house over 100 artistic enterprises in buildings which are a mix of restored-historic and designer-contemporary. 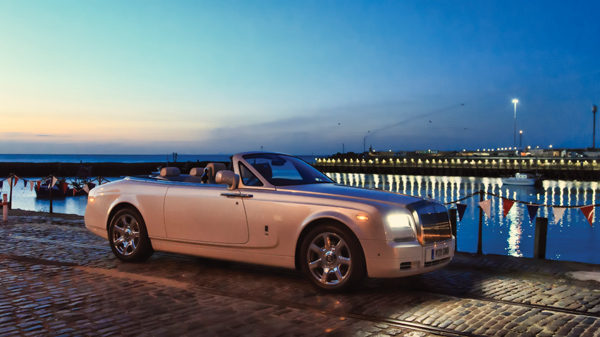 Across from the Creative Quarter is Folkestone Harbour. Its modern-day history goes back some 200 years, with its origins in the fishing industry. It played a key role throughout WW1 as the departure point for soldiers on their way to the Western Front. During the Dunkerque evacuation in WW2, every boat in Folkestone took part, bringing troops back to trains that were waiting at the harbour station. 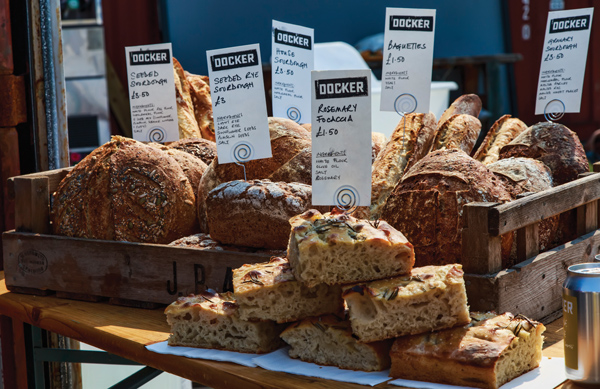 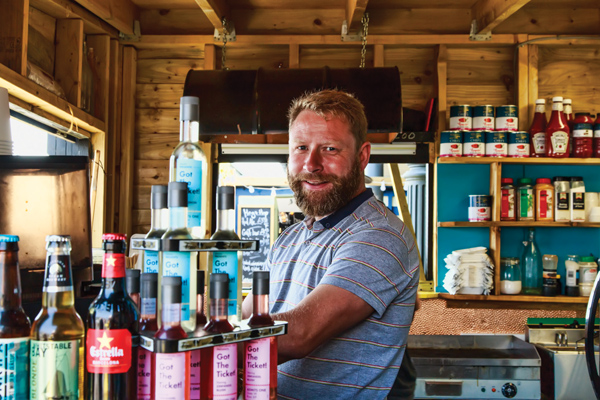 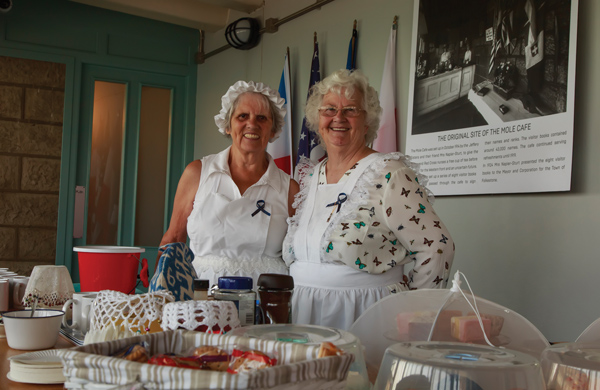 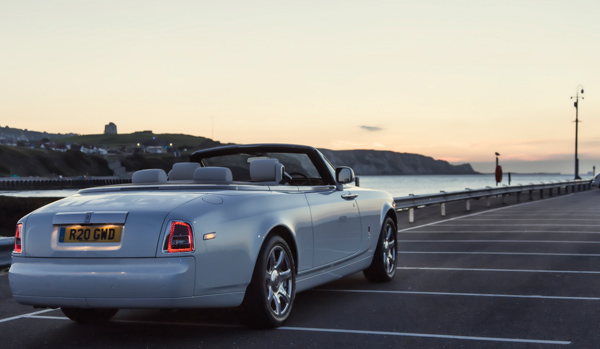 Fittingly, the hushed refinement of the Rolls-Royce Phantom Drophead Coupe, quite simply the best luxury car in the world, does not look out of place here. Similar to Folkestone, it’s undergone a little regeneration of its own as Rolls-Royce have lost the controversial round fog lamps at the front and replaced them with retro rectangular-shaped full LEDs, mixing modernity with contemporary tradition, resulting in a slightly more aristocratic visage. 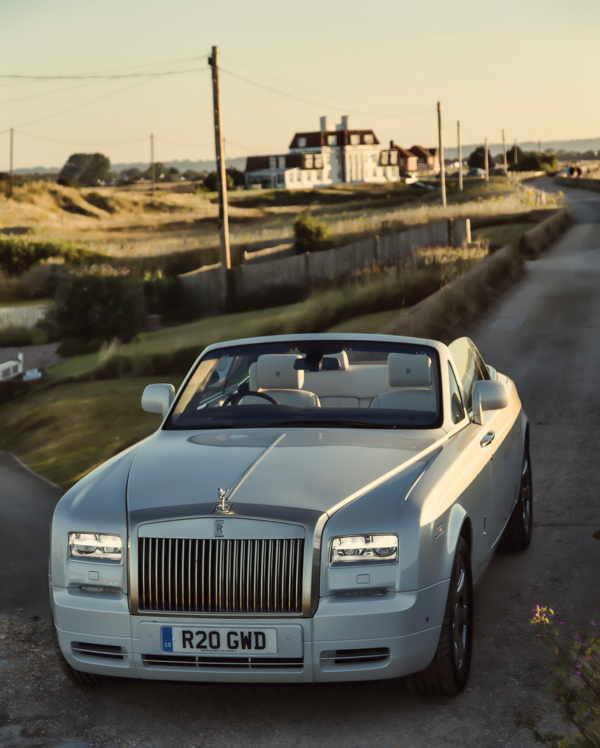 Built and styled in England, with the exception of the shell, which is engineered in Germany, Rolls-Royce have reengineered the Phantom’s V12 engine and have dropped in an eight-speed gearbox. 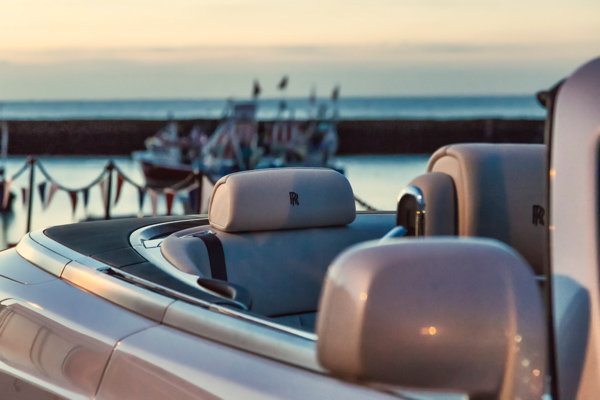 There are a few niggly issues around the driver’s cockpit, like the column shift and frustratingly the gear display unit which sits behind the steering wheel. When executing a tight three-point turn (and there are only tight ones in a car of this length), the steering wheel spokes cover the display, so you’re never too sure if you’re in Drive or Reverse. But I believe this can be adjusted somewhat.

What is terrific is the near SUV height of the Phantom and the total silence, initially anyway. After a while the muted interiors become irksome – there is no road noise and all the mechanical components work silently, which heightens the sound of your own breathing. But all this changes with one magic button – one that brings to roof down, quite literally. Drop the top, turn up the volume on the bespoke audio system, feel the wind in your hair and become an instant head turner.

Given its near six metre length and two metre girth (making the exterior cameras more a necessity than a gadget to be considered from the options menu), and weighing in at just over 2.5‑tonnes, the Phantom delivers a sensational ride with slick, precise steering and impressive body control. Initially I found it to be unwieldy in bends but soon adapted to the slow-in-fast-out approach which connects you to the road.

Still in the early stages of redevelopment, Folkestone’s Harbour Arm has become a food, drink and entertainment destination. Small, independent businesses along the pier give it a unique flavour. Its reputation is growing too as restoration continues along the platform and across the railway bridge. There’s an eclectic mix of food outlets ranging from a seafood stall selling fresh oysters at the Harbour entrance, to a Champagne bar situated at the far end of the Harbour Arm in the Lighthouse. In between are huts serving street food like hog roast, home-made burgers, Docker Brewery & Alehouse – a sourdough bakery and artisan brewery; Go Dutch Poffertjes for Dutch pancakes; Doffee & Conuts for ​‘hole’ food; Mannafesto for organic fruit and vegetables; a donut stand called Chocolate ​‘n’ Churros; Greek mezze served on a double decker bus; and grilled and fried sea food at Sole Kitchen. Everything is locally sourced, including a variety of wines and craft beers, alongside real ales and a choice of lagers at several of the small bars, with one unit dedicated to an inventive selection of cocktails. 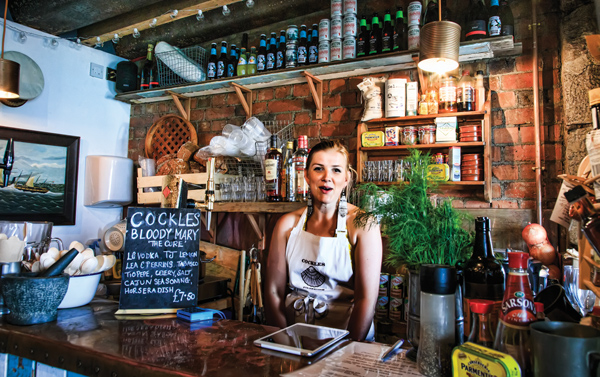 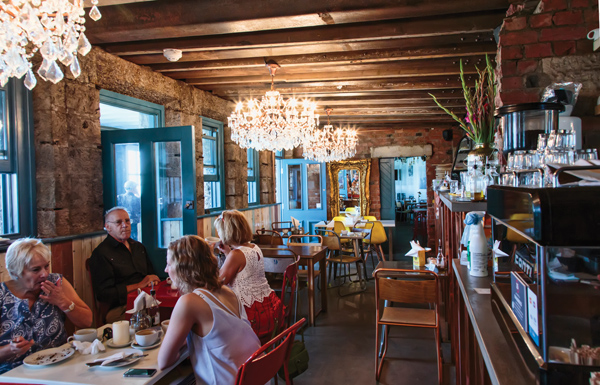 Inside the covered area are small units which serve dressed crabs and fish chowder, pancake rolls, steamed dim-sum buns and at glamourous Follies restaurant, with its Victorian mirrors and glittering chandeliers they serve mouth-watering pizzas; for tea and homemade cake there’s Moles Café – originally established by local women during WW1 as the last stop for soldiers and nurses heading to the front line. You’re spoilt for choice so when in need for some guidance head over to the information centre – the giant seagull squatting on the harbour wall. 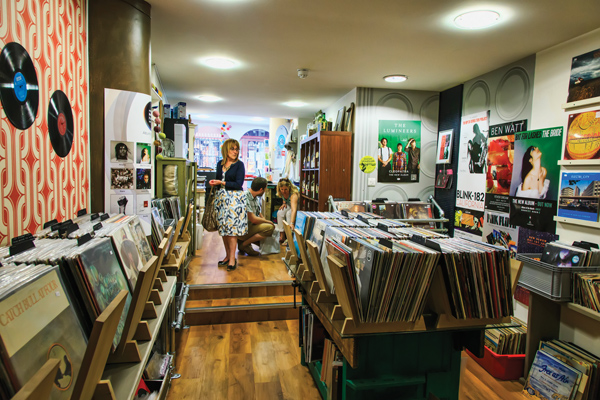 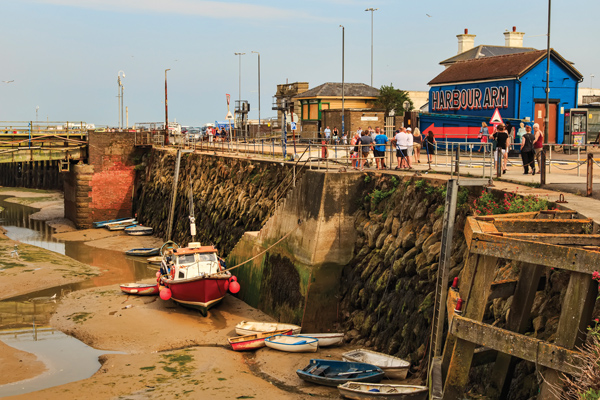 Walk it all off along the seafront and breathe in the views. To stay close to the town centre and avoid the hills, The Leas, with its majestic beach and ocean views, is where you want to be. There are plenty of places to stop for tea and benches to pause. If you’d like to go down to the seafront take the zig-zag path or The Leas Cliff Lift – a water balanced Victorian funicular originally built to ferry bath chairs between The Leas and the beach.

From ad agencies to recording studios, ethnic guitar shops to bespoke alehouses, animation studios, free-trade coffee shops and fashion designers – Folkestone is really the place to be. Even the Phantom looks at home.

For further details about what to see and do, visit
www​.folke​stone​touristin​for​ma​tion​.com