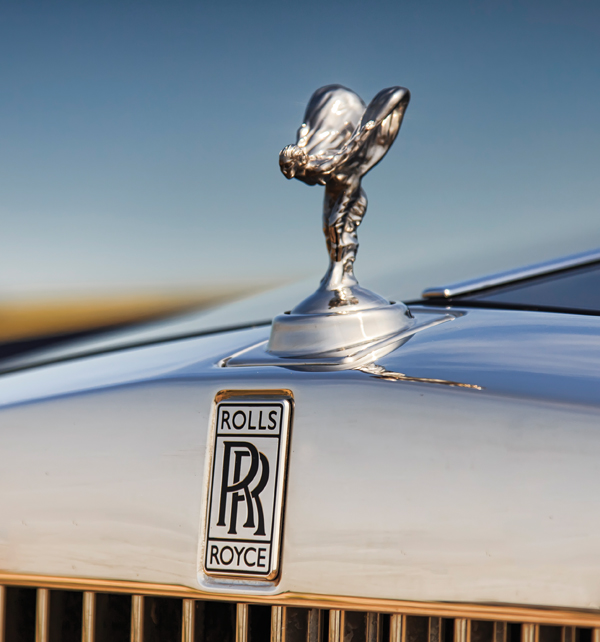 When the new Phantom rolled off the back of the Rolls-Royce truck, I gave it a long hard look before spotting the subtle effects of its facelift. They’ve lost the controversial round fog lamps at the front and put in place retro rectangular-shaped full LEDs, mixing modernity with contemporary tradition, resulting in a slightly more aristocratic visage.

Handing me the keys the driver advised that the midnight blue paintwork to be the result of no less than five coats of colour, each sanded by hand before applying the next; and if coach stripes were specified, they’ll be applied by hand using a squirrel and ox-hair brush. 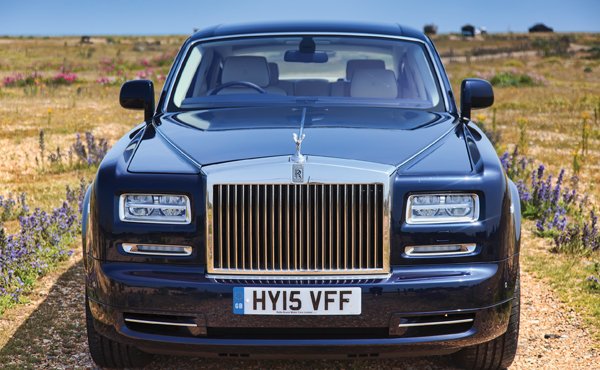 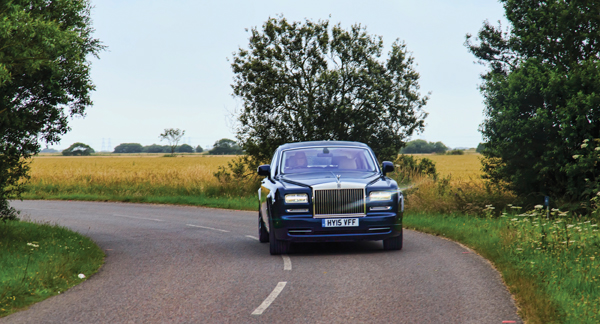 Hushed refinement and comfort beyond comparison
Immediately you step across the RR, Goodwood treadplate and into the Phantom’s palatial crème leather interiors you’ll feel positively indulgent. Devices like the chromed rotary controller for the iDrive, the camera system with a rear, side and top view, the cordless phone, the seat controls and the humidor, are hidden beneath generous blocks of Walnut Burr wood veneer and yards of crème leather with navy blue piping. The dashboard, wood inlayed with the Phantom plate, the chrome gloss so substantial and the carpet so deep you can’t help but run your hand across it.

Take in the theatre configuration of the curved rear bench, complete with RR monograms – it’s like one giant TV recliner draped in the softest leather imaginable and within arm’s reach is everything electrically operated which comes as standard. At the back, the Phantom has coach doors which are hinged at the rear to make it easier to get in and out, but because of the car’s height, the act of swivelling on the seat before stepping out may take some practise. Regardless of whether you choose to sit in the front or the back, you’re surrounded by impeccable craftsmanship and ensconced in sumptuous luxury.

The best luxury car in the world, it’s as simple as that
The Phantom is built and styled in England, with the exception of the shell, which is engineered in Germany. To match Rolls-Royce’s exacting standards they’ve engineered a distinctive 6.75 litre engine and dropped an eight-speed gearbox into the V12, which boosts combined fuel economy by 10-percent.

Behind the wheel the driver sits at almost RangeRover height and experiences one of the smoothest engines in production. It moves over cratered roads in a near-perfect state of calm and composure. The Phantom is so appropriately silent there’s virtually no road noise and all the mechanical components work silently, perhaps too quietly as this heightens the sound of the indicator as well as external wind noise. To overcome this first world problem turn on the bespoke audio system and enjoy the ​‘larger than live’ sensation from its eighteen individually-tuned speakers.

The gear changes are virtually imperceptible, but will hit 60mph in 5.8 seconds and 100mph in 14.7 seconds – making it fractionally faster than a Porsche Boxster. But even under full acceleration its mechanical refinement is superb. There’s just enough of the V12’s baritone to reassure you that it’s fully extended – yet there’s zero vibration or harshness. 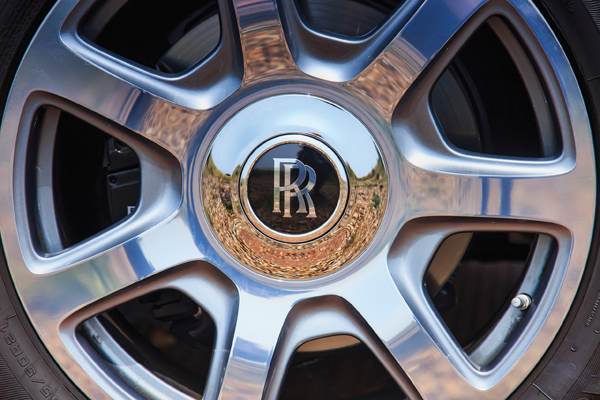 Annoyingly though the gear change lever is located on the steering column but so is the display that shows if you’re in Park, Neutral, Drive or Reverse; which means when executing a tight three-point turn (and there are only tight ones in a car of this length), the steering column spokes cover the display – so when you change from reverse to drive you cannot see the display. I’m certain there’s a button for that I’ve not discovered yet. Also, the parking brake is electronic but does not release automatically – which even my XF does. Fuel consumption is rated at 19mpg, but in practice you’ll see figures in the mid to low teens.

It’s dramatic, theatrical even
Given its near six metre length and two metre girth (making the exterior cameras more a necessity than a nice-to-have gadget), and weighing in at just over 2.5‑tonnes, the Phantom delivers a sensational ride with slick, precise steering and impressive body control. Initially I found it to be unwieldy in tight corners but soon adapted to the slow-in-fast-out approach to bends which made me feel connected to the road.

The Phantom is all about ultimates, it’s priced for those in a league immune to financial pressures, which is why it appeals to the super-rich. You don’t commission a Rolls-Royce under any financial illusion, so a purchase price of a handmade British icon starts at around £300,000 and increases exponentially when you start to savour the options menu.