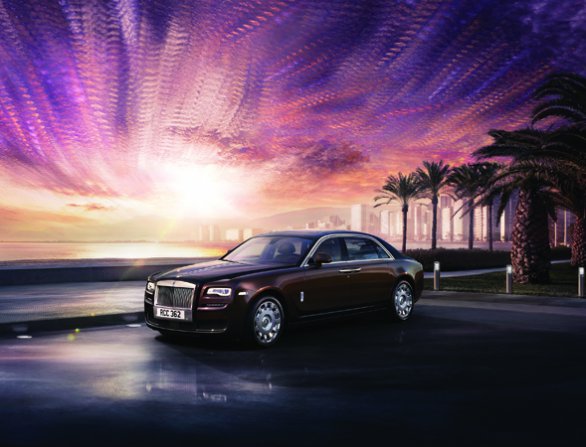 The future lies in new money, so when the young generation of über-rich statement car owners spoke of their ​‘rolling office’ requirements the engineers at Rolls-Royce listened, delivering the newly adapted Ghost Series 2.

Driving this new whisper quiet Rolls-Royce through the misty valleys surrounding Tenterden evokes feelings of nostalgia. The driving experience is regal in the way it sweeps you down the road. I stopped at The Crown Inn, a 300-year old gourmet Country Bistro in Stone-in-Oxney, recognised by the Michelin Guide, and over a leisurely lunch made notes of the drive. 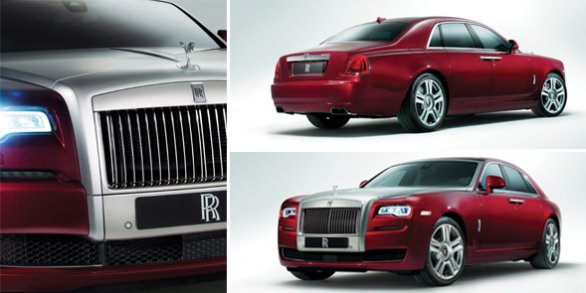 At first glance the facelift is not too drastic; just a few mild mechanical enhancements and a contemporary refresh. But a closer look reveals the front seats have been re-sculpted with electronically extendable thigh supports and a revised rear ​‘lounge seat’ configuration with the seats gently angled towards one another. There’s a bespoke audio system with 18 individually-tuned speakers, electric closing rear suicide doors, a shag-pile carpet you could sink your feet into and small considerations like Teflon umbrellas in the door frame.

The biggest changes are found in the cabin technology: a full suite of connectivity, from multimedia streaming to live traffic information, seat-back televisions, an on-board WiFi network to bring third party devices online, plus exceptional mobile reception – a complete mobile infrastructure has been designed to extend signals from outside the car into the cabin.

To spot the subtle changes on the outside you’d need to see the Ghost Series I parked beside the new Series II. At the front the traditional Rolls-Royce DNA has been softened slightly with reshaped headlights incorporating LED fairy lights plus unbroken daytime running lights around the frame and larger indicators. The grille now sits 30mm higher with a retractable light-up Spirit of Ecstasy bonnet mascot above it which leans a few degrees further forward; and while the car’s width hasn’t increased, the subtle remoulding of the bonnet, bumpers and fenders gives it a more assertive stance.

Under the skin the front and rear suspension struts have been tinkered with and, like the Wraith, it has Satellite Aided Transmission which knows what road you’re on and what gear you should be in ‑which makes the gear shifting so smooth you barely feel it swapping cogs.

Slip into drive, gently stroke the accelerator pedal and the V12 glides off on its 20 inch wheels. A pleasurable sensation runs up your arms at every turn of the steering wheel. The ride is so graceful that for most of the time you are surprised to find that you are actually in forward motion. This is driving heaven; everything feels fluid and responsive with moving reflectors which point the beams around corners and sensors that spot oncoming traffic and blocks the beam to avoid dazzling them. Then there’s the 360 degree camera and adaptive cruise control. This is the ultimate driving experience; incomparably brilliant. But be warned – the Ghost is a massive car and had me wincing when passing other vehicles on narrow county lanes. Overtaking isn’t much of an issue as you’re far more likely to be limited by road width than a gap in oncoming traffic. 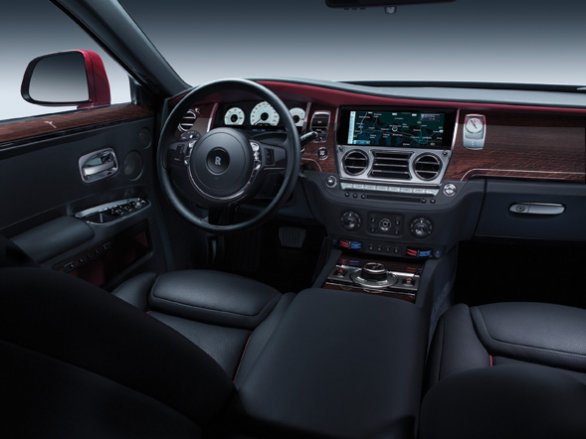 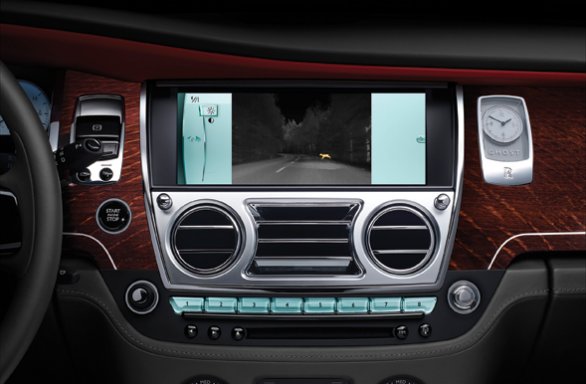 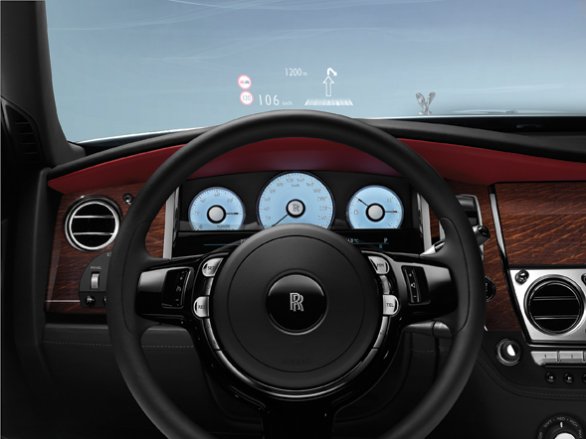 Built entirely on a bespoke Rolls-Royce stretch platform, the 6.6‑litre V12 twin-turbo engine comes alive when you floor the accelerator. When the mascot tips towards the sky you’ll feel an atomic power surge. That’s when you’ll appreciate how (when accelerating from 0 – 60mph) it’s faster than the Aston Martin Rapide.

Driving a Rolls-Royce comes with its own unrivalled sense of occasion; as witnessed when, after packing away my notes and returning to The Crown Inn’s car park, I found owners of other high-worth vehicles checking her over.

“This is a modern day icon of luxury,” said an elderly gentleman leaning up against his Bentley surveying the Rolls. ​“I’ve only heard about the new Ghost’s technological innovation,” said another. ​“Would you mind if we had a look inside?” enquired a third, then stood back waiting for me to open the doors, which in itself is an occasion as everything about it shouts of luxury and success. It was an hour and several test-drives later that I finally got to leave on route giving the tall hedges lining the lanes a trim with the Ghost’s wing-mirror.

As one of the oldest and most famous brands in the world, Rolls-Royce has been providing luxury motorcars to the rich and famous for over a century; and there’s little wonder that the Series 2 has positioned itself at the cornerstone of Rolls-Royce’s future success. Their engineers have looked ahead; that after all is where the next generation of Rolls-Royce owners are going.