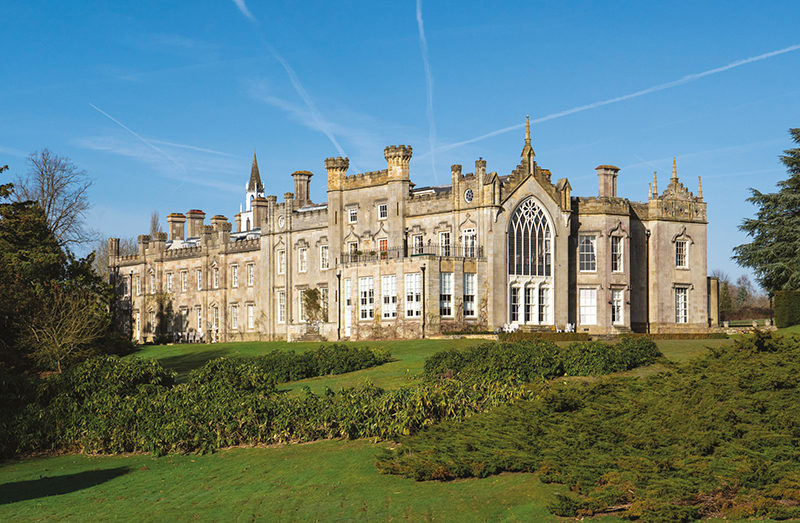 As featured on last months cover, this is indeed a rare opportunity to own an historic portion of one of Sussex’s foremost Country Houses. The rich and varied history of the Sheffield Park Estate can be traced prior to 1066, when it was owned by Edwin of Wessex, father to King Harold. Following Harold’s defeat by William the Conqueror, the Estate was given to Robert, Count of Mortain, Earl of Cornwall and William’s brother-in-law, and is recorded in the Domesday Book as the Estate as ​“Sifelle”.

In the late 1700s, when the estate was acquired by the 1st Earl of Sheffield, James Wyatt remodelled the house in the fashionable Gothic style. In later years, Capability Brown was commissioned to landscape the gardens.

Apartment 3 occupies the first and second floors of the north eastern portion of the House. The apartment has many stunning and elegant period features including high ceilings, shuttered sash windows, decorative coving and ceiling roses, Tudor roof beams and a superbly restored wood framed cathedral window in the sitting room and master bedroom.

Of particular note is the stunning formal reception room known as the Tyger Room. Originally believed to be a hunting trophy room, the magnificent ceiling was intricately painted with big game by Charles Catton the Elder (1728 1798), a founder member of the Royal Academy of Arts. The room later became known as The Princes Room, in honour of Edward, Prince of Wales, eldest son of Queen Victoria and Prince Albert and a close friend of Henry Holroyd, 3rd Earl of Sheffield; the Prince used the Tyger Room as his bedroom during his frequent visits to Sheffield Park. 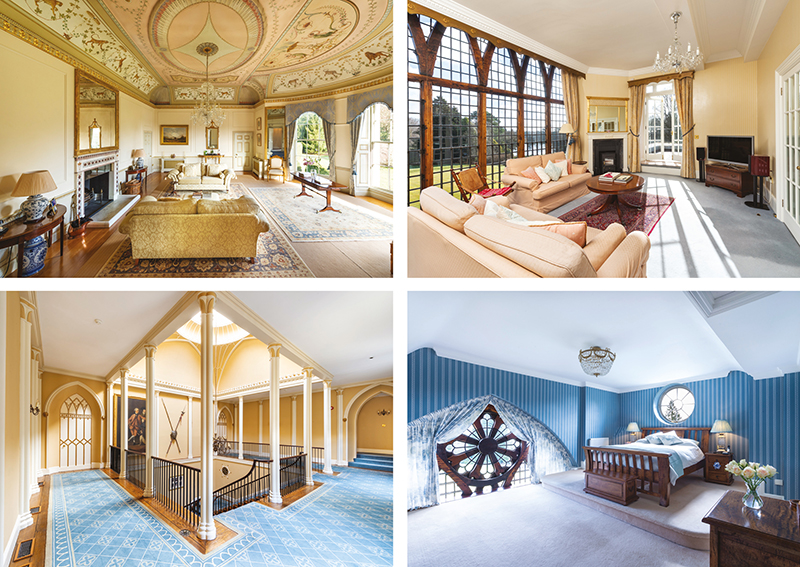 The Tyger Room has been beautifully restored, with plasterwork details delicately picked out in gold leaf; the Pietro Bossi chimneypiece is a superb and rare example of his work with marble and coloured paste inlay (scagliola), and a spectacular triple bay window has outstanding views across the grounds to the lakes of Sheffield Park.
The sitting room has a beautiful Georgian wooden fireplace, set with a wood burning stove, and the beautiful cathedral window framing the wonderful views across the lakes to Fletching church; French doors open to a private east-facing terrace, creating a wonderful space for entertaining and eating al fresco.

The kitchen/dining room is well equipped with a range of bespoke cabinetry and a central island and is open to a good sized dining room. The master bedroom has a dressing room and an en suite bathroom; a guest bedroom, family bathroom and study/bedroom 3 complete the second floor.

Sheffield Park House is part of a secure gated community in an exceptional setting. The private communal grounds extend to about 39 acres, including tennis courts, shared gardens and parkland, where deer can be seen grazing.

The House is adjacent to the beautiful Sheffield Park & Garden, created by Capability Brown and now a National Trust property; apartment 3 has superb views to the lakes and the grounds, and the benefit of a gate with access to the Gardens reserved for the use of House residents. The property also has two garages en bloc, with two allocated parking spaces, and access to a secure medieval cellar currently used as a wine cellar.