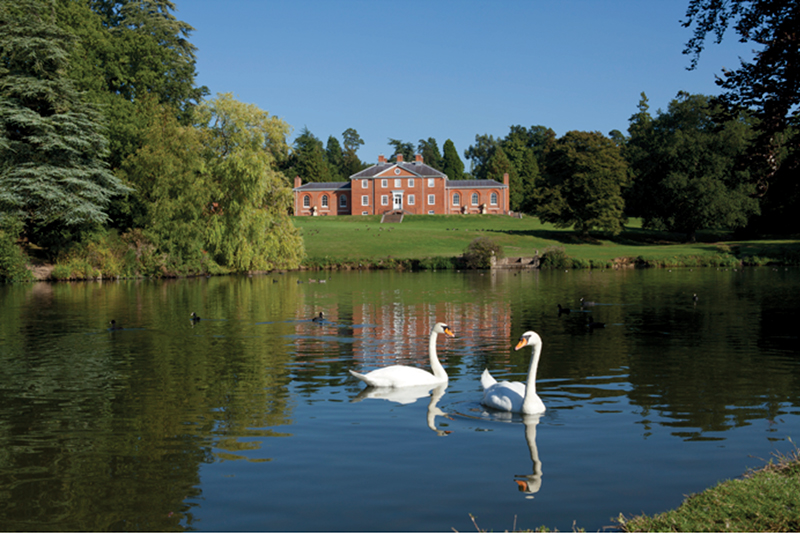 Redwood is an exceptional Queen Anne style property designed and built by Quinlan & Francis Terry. Quinlan Terry is the foremost post-war classical revivalist who is best known for his numerous country houses, many of which have been designed to incorporate Palladios rules and proportions. 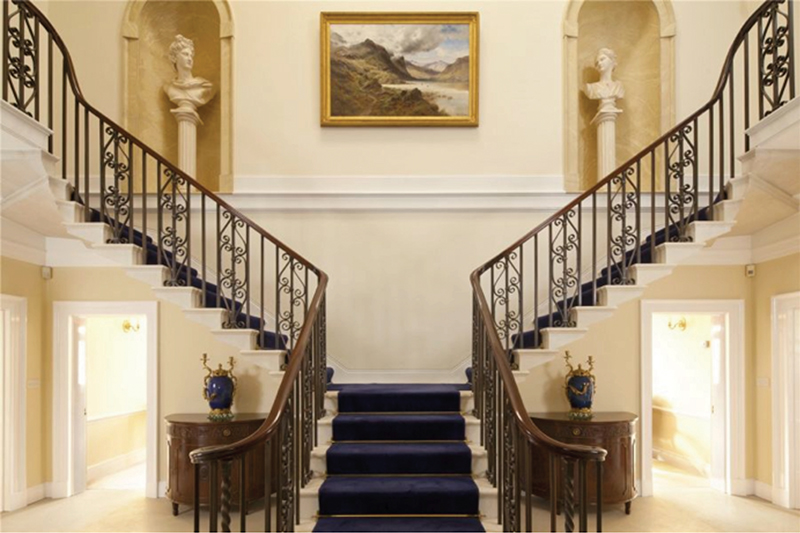 Internally, the house is superbly proportioned with elegant architectural features, and the principal reception rooms have glorious views over the established grounds. The house sits in a commanding position overlooking its parkland grounds which open to far reaching views over the adjoining
countryside.
The generous kitchen is fitted with a comprehensive range of wall and base cupboards with a matching island unit and granite work surfaces. Appliances include a four oven Aga with matching Aga Fridge and Freezer, Miele oven and hob, dishwasher and steam oven. This room is double aspect and features attractive window seats. There is a secondary kitchen with a Britannia range style oven, a dishwasher and space for fridge and microwave. The study is double aspect with views to the rear, and a smaller office has an outlook to the front. The extensive basement has a thermostatically controlled wine store, three storage rooms, a plant room, boiler room and well appointed utility room with direct access to outside and an adjoining shower room. The master suite bedroom enjoys far reaching views over the grounds and beyond. 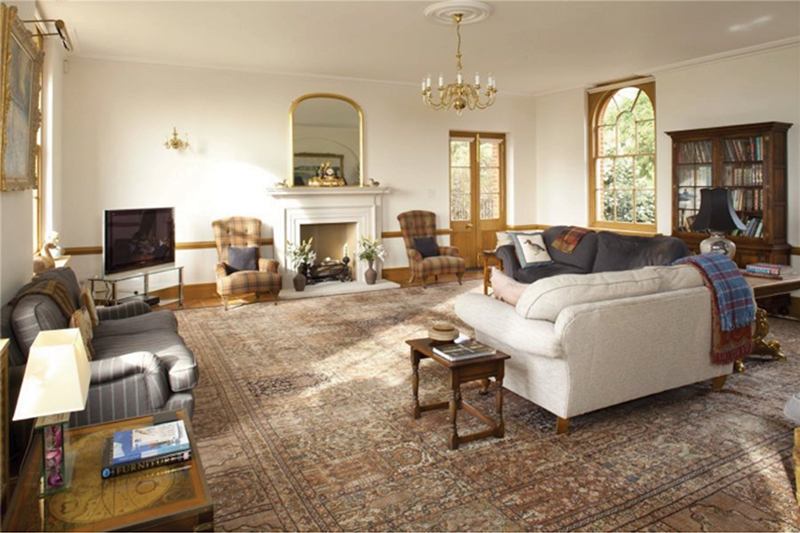 There are two well appointed dressing rooms, one with views to the rear and the second is fitted with extensive wardrobes and a W.C. and bidet. There are two en suites, one with a roll top bath and wash basin and the second with W.C. and wash basin with a connecting walk-in shower to both areas.
The four further bedrooms all have views over the grounds and are fitted with wardrobes. Three well appointed bath/shower rooms complete the accommodation.
The Lodge was built in 2005 by the present owners and comprises a sitting room, well appointed kitchen with adjoining breakfast room having direct access to the rear garden. There are three bedrooms all of which are en suite with either a bath or shower room.
Outside is an area of garden and a single garage. The house is approached over a sweeping driveway which leads to the house and on to the garaging. The four bay garage has electrically operated doors with power and lighting connected. There is a brick built gardeners W.C. in the grounds. A spur leads from the drive to a pole barn which is used for housing the garden tractors with a workshop to one side. The established gardens and grounds provide a stunning setting to the house and feature a 2 acre lake. The gardens are interspersed with many varieties of specimen trees and shrubs, paths lead around the grounds and there is a duck pond with duck house, a part walled paved garden with ornamental pond and water feature, and a superb walled kitchen garden.

The kitchen garden measures about 0.6 of an acre. To the south side of the house is a generous paved area where the heated swimming pool is located. There is a further terrace stretching the width of the house and extending to provide a generous seating area where far reaching views can be enjoyed and is ideal for al fresco entertaining.
Redwood is situated in 18 acres of land in an Area of Outstanding Natural Beauty on the edge of the picturesque village of Penshurst with its ancestral home Penshurst Place, church, tea rooms, doctors surgery, garage and Post Office.