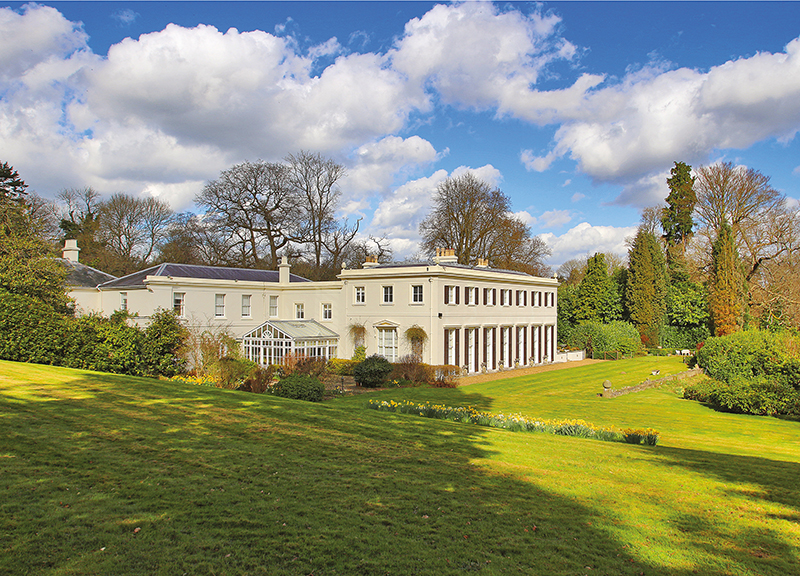 The Hollonds is found in an exceptional semi-rural position on the southern fringes of the well-positioned village of Langton Green, yet within only three miles from Tunbridge Wells.

The Hollonds is a stunning Grade II listed country villa, built in 1835 – 1836 to the designs of Decimus Burton, the renowned Victorian architect, who was of seminal importance to the history of Tunbridge Wells in the 1820s and 1830s, establishing the architectural and landscape character that remains prominent today.

The house retains the character of the period, with abundant well-preserved period features including a magnificent staircase with turned balusters and a wreathed handrail, marble chimney-pieces, ornate moulded ceiling roses and cornices, sash windows with shutters, and polished floorboards.

The owners have taken great care to preserve the grandeur and presence of Decimus Burton’s design, whilst carrying out sympathetic renovations and improvements, to create a wonderful family home.

The Hollonds is privately set, approached over its long, sweeping drive, and surrounded by its gardens and grounds. The property enjoys outstanding, southerly unspoilt views over its grounds and the surrounding countryside.

You have a striking entrance hall and three principal reception rooms, each with tall sash windows designed to open out to the gardens to the south, a stylish kitchen/breakfast room and a study on the ground floor.

The delightful master bedroom suite enjoys panoramic views and there are six further double bedrooms in the main house. Located above the garage is an excellent self-contained annexe with two double bedrooms, a sitting room and a kitchen. The annexe can be reached from the main house on two levels and has the benefit of its own private entrance in addition.

The garden and grounds extend to approximately 49 acres in total with grassland, woodland a large pond and a hard tennis court. The new owners will certainly have room to roam and play at The Hollonds.