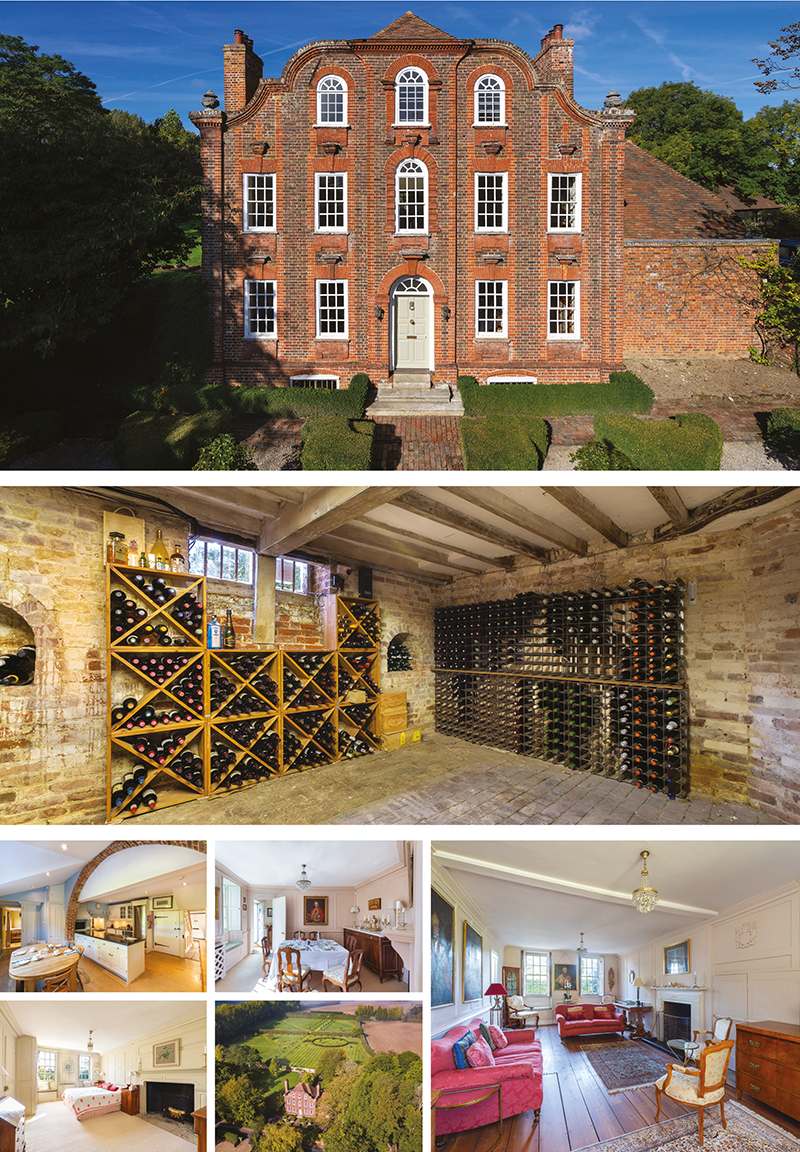 Swanton Hall is a stunning example of an early, principally Georgian country house boasting superb country baroque architecture, set amidst a backdrop of delightfully landscaped gardens and grounds and designated a Grade II* listing as a building of Special Historic Note and Architectural Interest.

Set in an Area of Outstanding Natural Beauty, this charming home was once known as Holliday Hall, named after the gentleman for whom it was built in 1719, Edward Holliday, a notable goldsmith who lived in London and whose close neighbour and good friend was the Baroque composer George Fredrick Handel, whom it is said stayed at Holliday Hall on a number of occasions. The impressive façade features a keystone above the front door inscribed with the date 1719, although it is believed that the original house may have earlier mid 17th century origins.

In 2007 Marcus Binney, historian and author of In Search of The Perfect House; 500 Of The Best Buildings In Britain And Ireland (2007) describes Holliday Hall as an enchanting example of England’s most delightful home grown style – country baroque.

Beautifully and sensitively refurbished, there are six bedrooms, three reception rooms and a delightful walled gardens. The detached barn has been converted to a home/office. An unconverted timber framed barn with potential is also within the grounds..

The present owners have sympathetically refurbished and updated the property both inside and out whilst preserving the integrity and retaining the character of this important historic building. The surrounding gardens and grounds have been lovingly designed and planned to complement this interesting home.
Your country baroque residence is less than four miles from Hollingbourne station with frequent services to London.