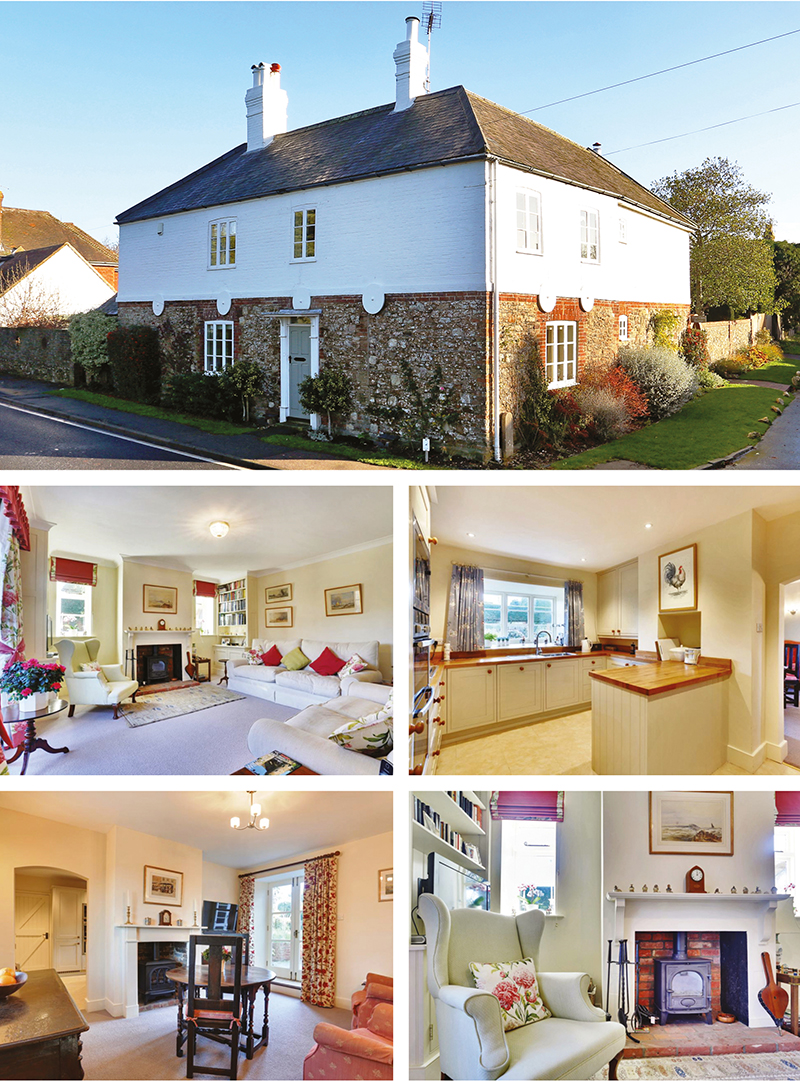 Built in the late 19th Century as the stable block for Mariteau House and converted to a private dwelling almost a century later, The Oast House has been lovingly and beautifully refurbished by the current custodians and brought up to standard for 21st Century living whilst maintaining its wealth of character and charm.

The house is constructed of ragstone and colour washed brickwork set beneath a slate tiled roof, with double glazed timber casement windows. The property benefits from three delightful reception rooms and four bedrooms, with ample space for families and entertaining. Much of the property is carpeted, with wooden flooring in the entrance hall and cloakroom and tiled flooring in the kitchen, utility room and family bathroom. The bright and airy accommodation benefits from good levels of natural light and fabulous far reaching views.

The part-walled garden to the rear of the property is a real feature and gives seclusion and privacy for outside dining on the York stone and brick terrace and lazy afternoons in the sun in the south west facing summerhouse. The borders are planted with typical cottage garden and herbaceous plants and complement the mature fruit trees and metal pergola which in the summer months is covered with rambling roses.

The garage, with its electric roller door, can be reached from a paved enclosed courtyard to the side of the house. It is supplied with light and power sockets and has a fixed internal staircase which leads to a fully boarded loft space that could be utilised in a number of ways.

The main entrance to the house is via an entry porch to the rear of the property through the wrought iron gate which is located on Back Lane.

Winchelsea was once a major hub for the medieval wine trade and a town of national importance with three medieval gates but now is a peaceful picturesque town with a real sense of community. The town also boasts some of the most beautiful views to the sea and the open country side on all sides.

With the town laid out on a mathematical grid system, it has one of the best medieval church buildings in Sussex along with a museum, local pub, farm shop selling a variety of products and a primary school. Other schools in the area are Rye Community College, Buckswood School and The Hastings Academy.

Winchelsea has its own railway station with services serving Rye through to Ashford International for connections to London and the continent.