There is one thing that all Kings, Queen, Emperors, heads of state, dictators and rulers love to do. Build!! All but with the exception of one, and I will come to that later.
Dating back throughout time the current leader of the pack, had to build to show ​“who’s who in the zoo” by building large stately piles to show their power dominance and strength
Napoleon had the Palace of Fontaineblea just outside Paris, Saddam Hussein built the magnificent Republican Palace, and to start it all as legend has it, Romulus built Rome over two thousand years ago, and then there was or beloved King George the IV… 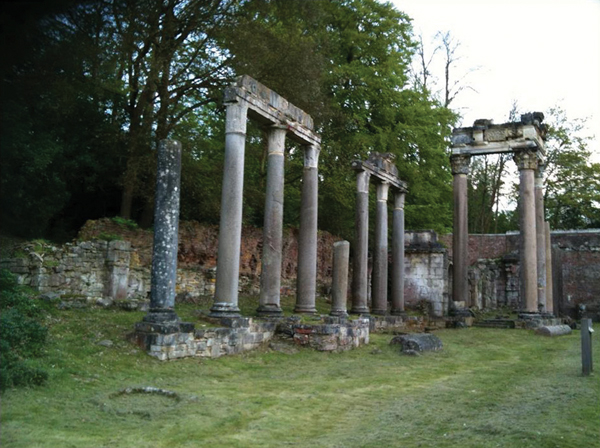 The Form
Granite columns erected in sets of three ​‘Intercolumniation’ have been joined horizontally with a large piece call an ​‘Entablature’.
The two set of three to the left are of the Doric order whereas the three corner section on the right is of the Corinthian Greek order. 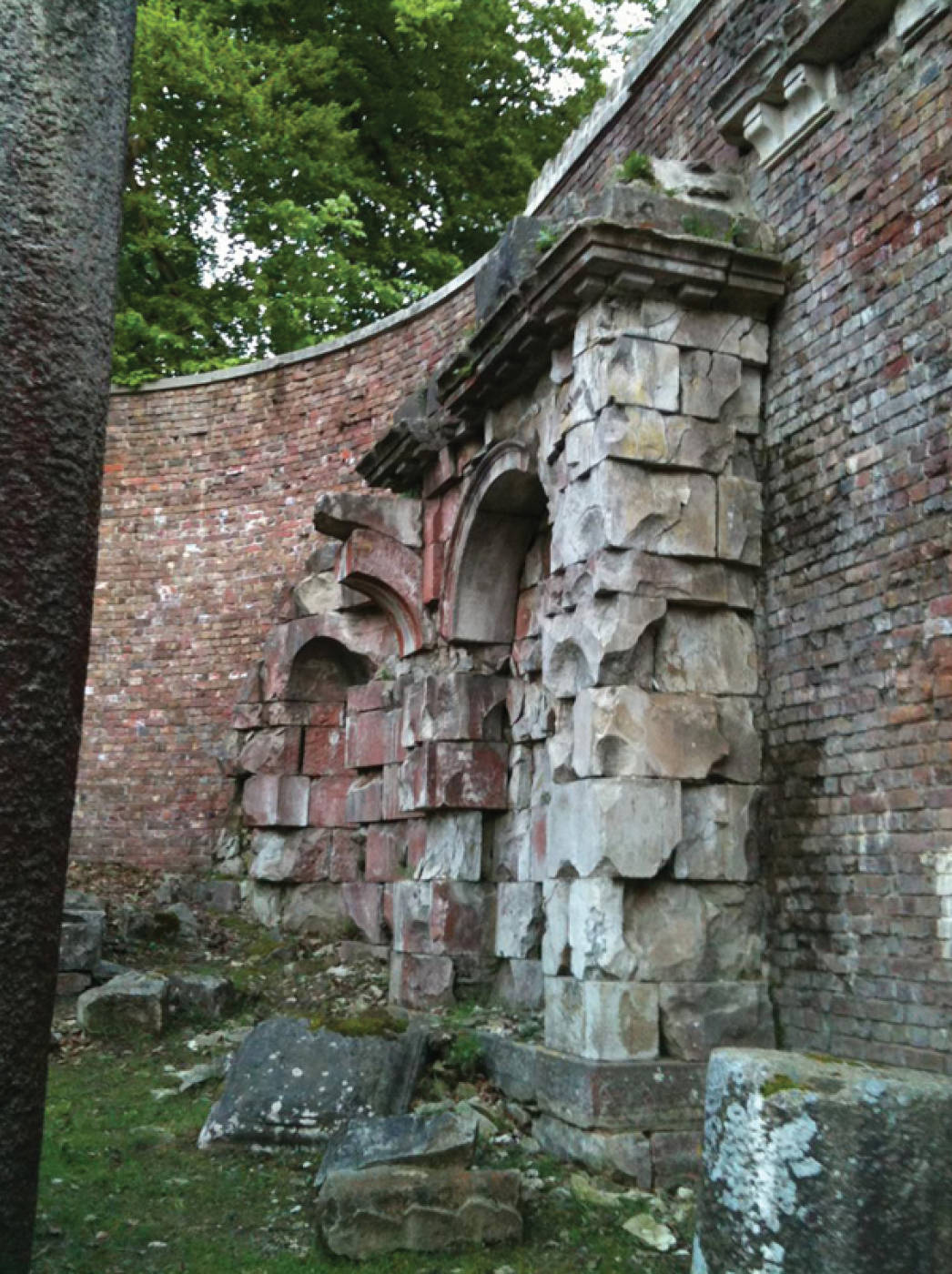 Gateway Entrance
The stone work here albeit re-built against modern brickwork would have formed the entrance to a grand building, the stone that forms the side would have been carved by hand with purpose made hand tools 2000 years ago. The attention to detail was second to none and even by today’s standards just perfect. 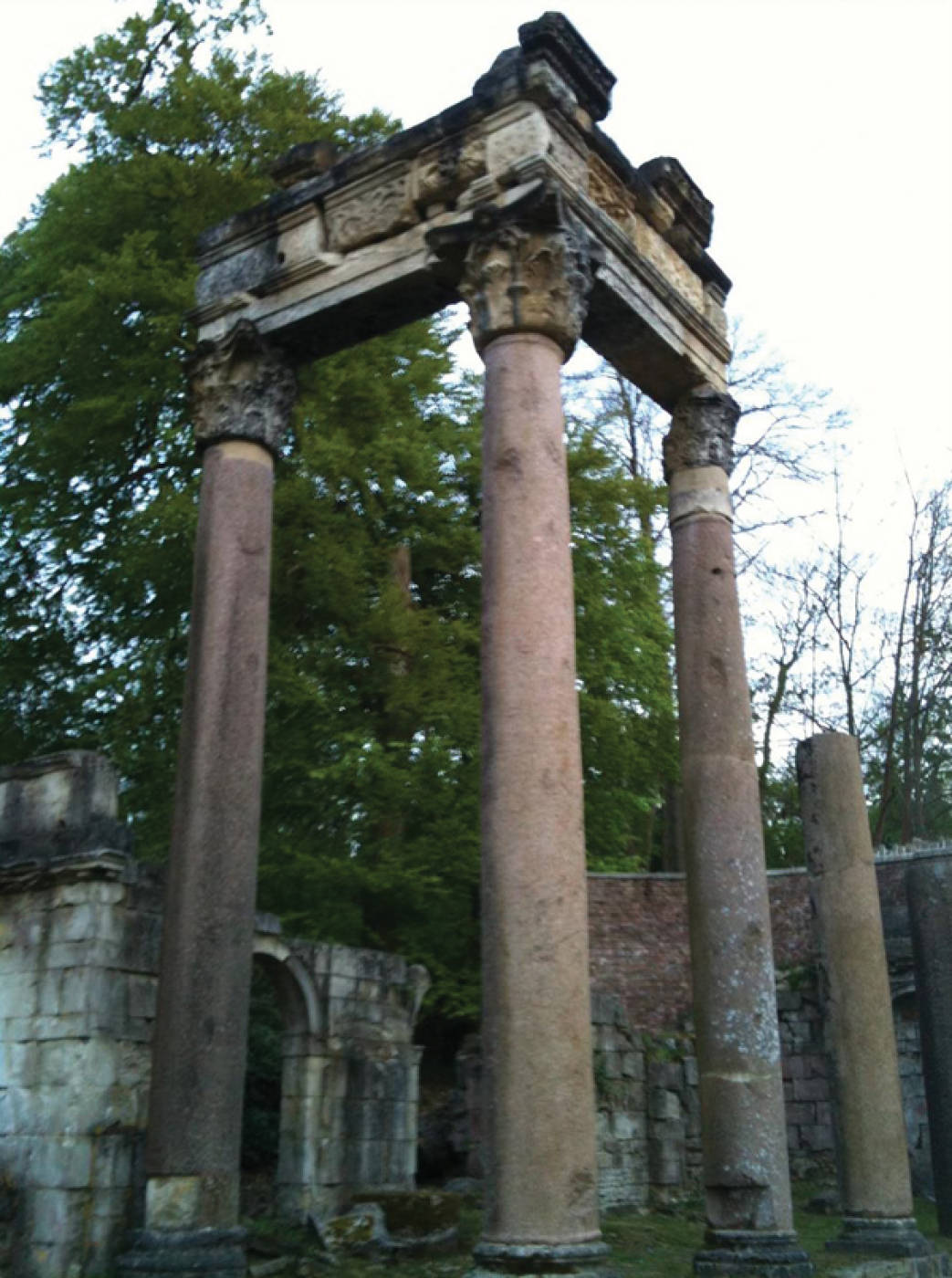 The Orders
These Marble columns are over 40 feet high. They follow the Corinthian order where the top formed section will have carved acanthus leaves and scrolls. The columns will be slightly narrower at the top than the base which appears as a taper, which is called the diminution.

This boy knew how to enjoy himself; he threw his Prince hood and Kingship at everything from collecting the arts to re cutting the infamous Hope Diamond because it looked too scruffy…

So the year is 1816. Charlotte Brontë was born and it was known as the year without a summer, (See the weather was not good even back then) and a military man called Colonel Warrington was making himself busy in Tripoli and decided to send his beloved Prince ​‘soon to be king’ Regent a present.

So he loaded on to a ship 22 granite columns, 15 marble columns, 25 pedestals, 10 capitals, 7 carved slabs, some cornicing and a bag of gravel… All carefully liberated from an ancient Roman city called Leptis Magna located in which now is known as Libya.

These fine pieces were stored for a while at the British Museum along with the Elgin Marbles (another liberated collection) for safe keeping until 1827 when a Sir Jeffry Wyatville decided to arrange the pieces as a Roman temple on the grounds of the Great Lake at Virginia Water near Windsor.

These massive pieces were then loaded onto gun carriages and transported by horse power to their present location, this massive operation took over twelve loads to complete.
The result was a picturesque addition to the landscape at Virginia water and it was rumoured that King George the IV never visited the site to see the structures nor was he that impressed by the efforts made by all concerned.

After its completion these magnificent pieces were left to the elements. They were fully accessible to the public and nature started to claim them back. A Royal order by Queen Victoria in 1897 allowed the mantels to be removed and the unstable columns to be laid flat after some of the structures became unsafe, and then the site was very much untouched from the late 1930’s to 2008.

By this time the gardens had almost taken over the area and vandals and storm damage had taken their toll.
So in 2008 a project to restore the site was undertaken and the structures were restored, repaired and re-positioned in the original form and location just as Wyatville intended back in 1827.

Today the pieces are together and looking fantastic in their original splendour and it is a real testament not to Warrington and his men who brought them over on boats in 1816 or the tradesmen who restored the site in 2008 but the artisans and craftsmen who carved these enormous pieces from the quarries, with handmade tools and then erected them fifty feet up.

Two thousand years ago!!!
Oh and back to my first point, about heads of state creating buildings of beauty.

I cannot think of a single structure that our present Queen has commissioned, she has opened a few I know, but I do believe it is about time she made her mark.
So your majesty on behalf of your beloved people…. Please build us something!

Until next time Love Old Buildings