The most versatile, abundant and depended upon building material ever offered to the construction of buildings is timber!!

Without trees we would be stumped!!!

The use of this wonderful material has revolutionised every building since man started constructing the family home with the first semi-detached mud hut. 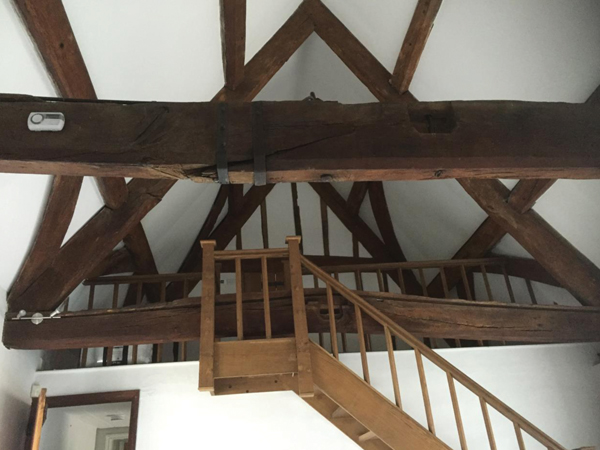 This beam running from left to right would have originally had a floor fitted Above. Note the joist hole in the first beam. We could not get a fixing into these beams without first drilling a pilot hole!

The absolute strength of timber allows the spanning of massive gaps and along with sophisticated jointing and some magical designing, the most artistic, impressive, and magnificent buildings have been born.

Old timbers in buildings are everywhere. So let’s try and understand, but first let’s first get rid of some pre-conceptions. Firstly, the old adage about ships timbers. 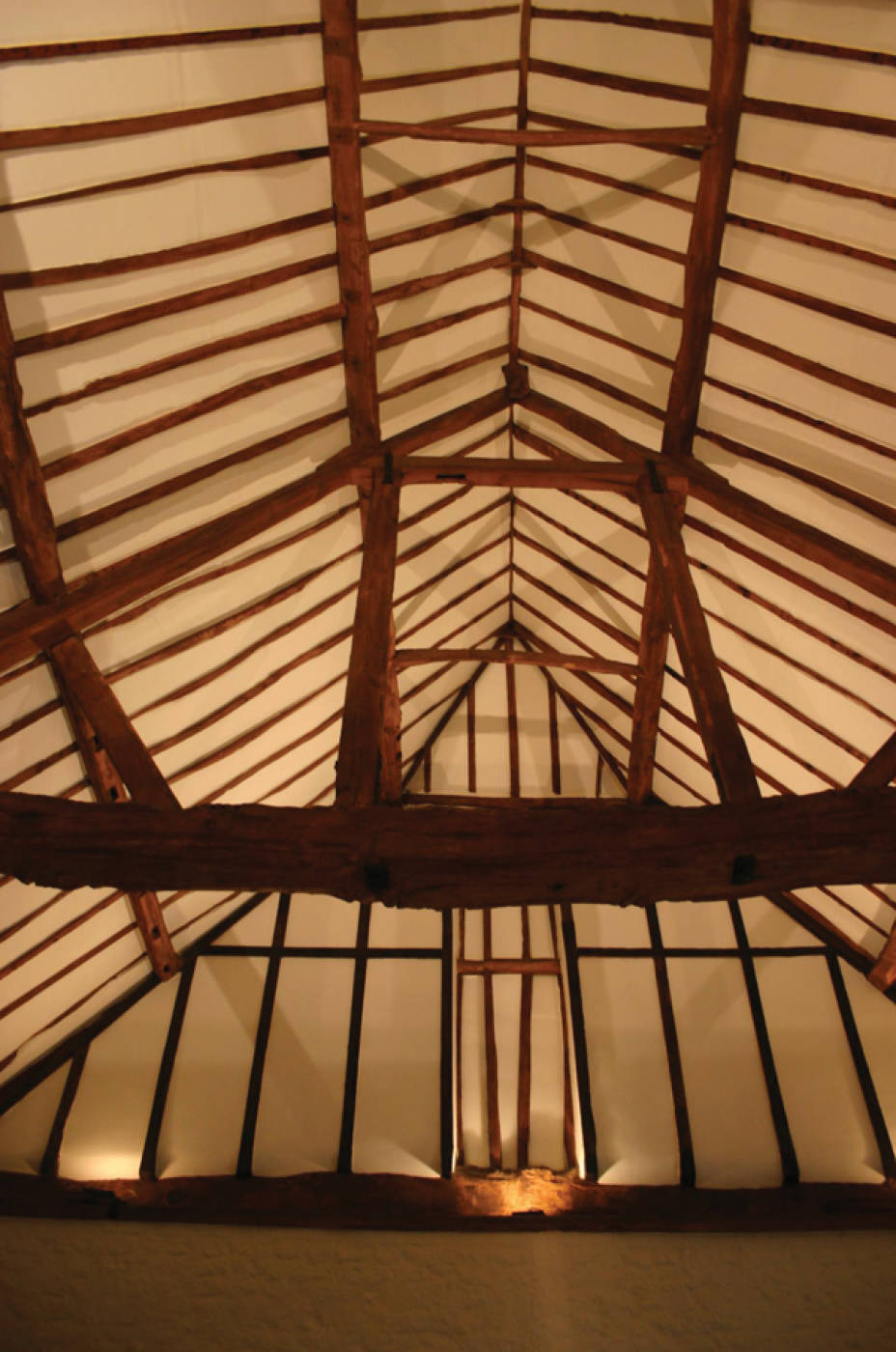 Grade II Tythe Barn Cotswolds 15thC
A roof construction like this is not just built, the planning and dedication by all the trades who worked on it is a delight to see.

And remember, these were the days without cranes, with timber scaffolding and everything was cut down and shaped to suit, even the nails were made by a blacksmith on site.

I am not saying that ships timbers were never used but it is quite rare. There is a lovely cottage in Battle East Sussex where by the front door is an upright beam where at hip height there’s a hole, and deep in that hole is a cannon ball. Now I don’t think that the door frame took a shot whilst being under fire, so there is a good argument that that beam was on a fighting vessel. Also there is the location, being near the Cinque Ports there was the availability of timber from salvaged ships. 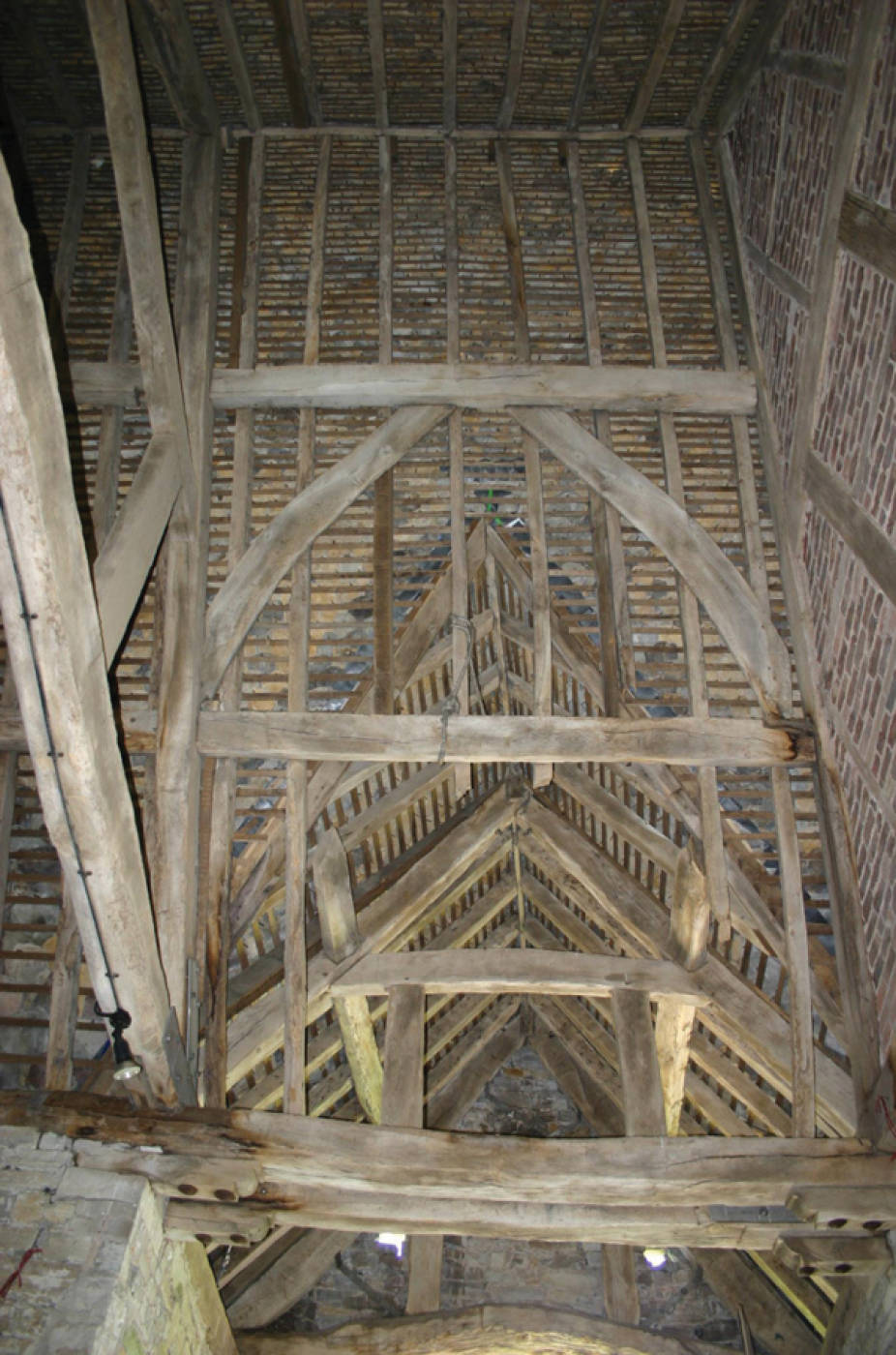 Converted Tythe Barn Oxfordshire 14thC
Having a roof structure above you like this Grade I listed barn is just like looking up at the stars.
Give me a glass of red, some tasty cheese, soft music, reclining chair and I am in heaven….

So coastal regions possibly yes, but the further inland you go the availability of timber would have been based more on a vernacular source. You planned to build, went to the local forest to locate your timbers, cut down the trees and away you went.

It is with that in mind that the second pre-conception of using old timbers comes into consideration. If you have ever worked with old oak timber you will find that the older they become, the
harder they get. So hard, that they will not accept a nail before being pre-drilled. Green oak or newly cut timber is a lot easier to work with; you can cut, shape and form with ease compared to older timbers

So in simplistic terms a roof structure went like this: A master carpenter planned the shape of the roof on the ground and the trees were sought and cut down. Each formed piece was cut and the whole roof was constructed at ground level, but un-secured. The roof was then de-constructed and put together above the brickwork in position. To avoid any mistakes or miss matching each joint was marked with matching carpenters marks so they could be identified when putting it all together. Easy? I don’t think so!!

So next time you see a tree, give it a hug, tip your hat and give a nod of appreciation.

Because without them we would all be living in caves.

So until next time… love old buildings.