As you all know I love a church

Although I am far from a religious man, I just adore the total overkill and special attention to the architecture and design, why spend ten pounds when there are thousands available?

So when you talking about churches in the 19C there is really only one guy that had it totally in control that is a Mr Augustus Welby Pugin. Born in 1812 this gentleman had the designing and building of churches and stately buildings sewn up, he laid claim to the palace of Westminster, St Edmonds College, and over 50 churches in England and Ireland he also designed Big Ben… Albeit Big Ben is the bell inside, the tower is actually called ​‘Elizabeth’s Tower’ also the Houses of Parliament. There is even a Pugin Society, committed to making the general public more aware of the impact this great man had on modern society and the world around us. Also bearing in mind he died when he was 40. 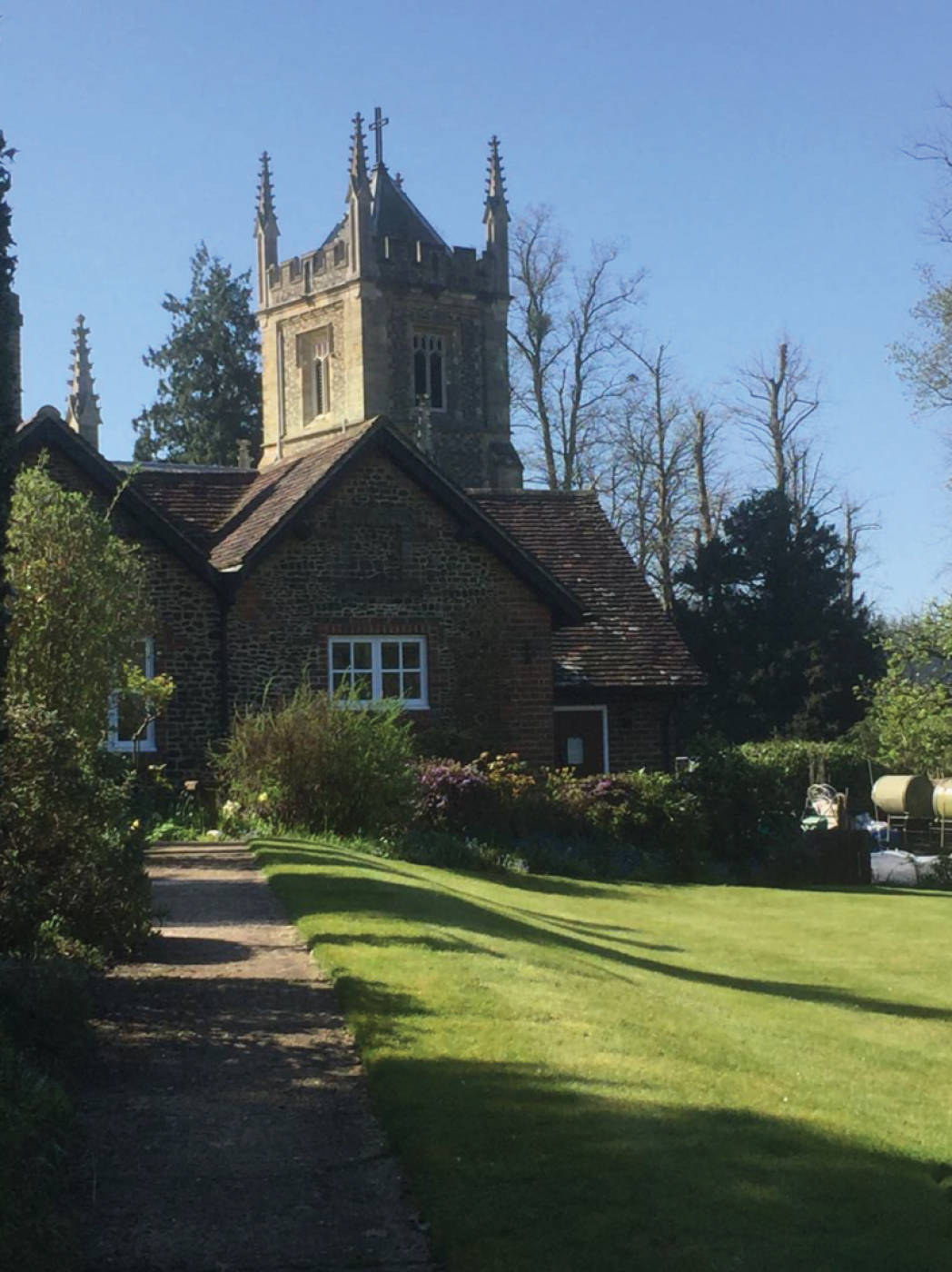 The lodge in beautiful grounds
Everything is so beautifully kept the lodge sits in front of the church and in itself is a lovely cottage, but entrance was not allowed.

So how happy was I to find this little gem tucked into the beautiful surrounds of the Surrey Hills.

Catholic Apostolic Church and Chapterhouse is a grade II* listed building built in 1840 for Mr Henry Drummond a MP and local business man and a real man of God. 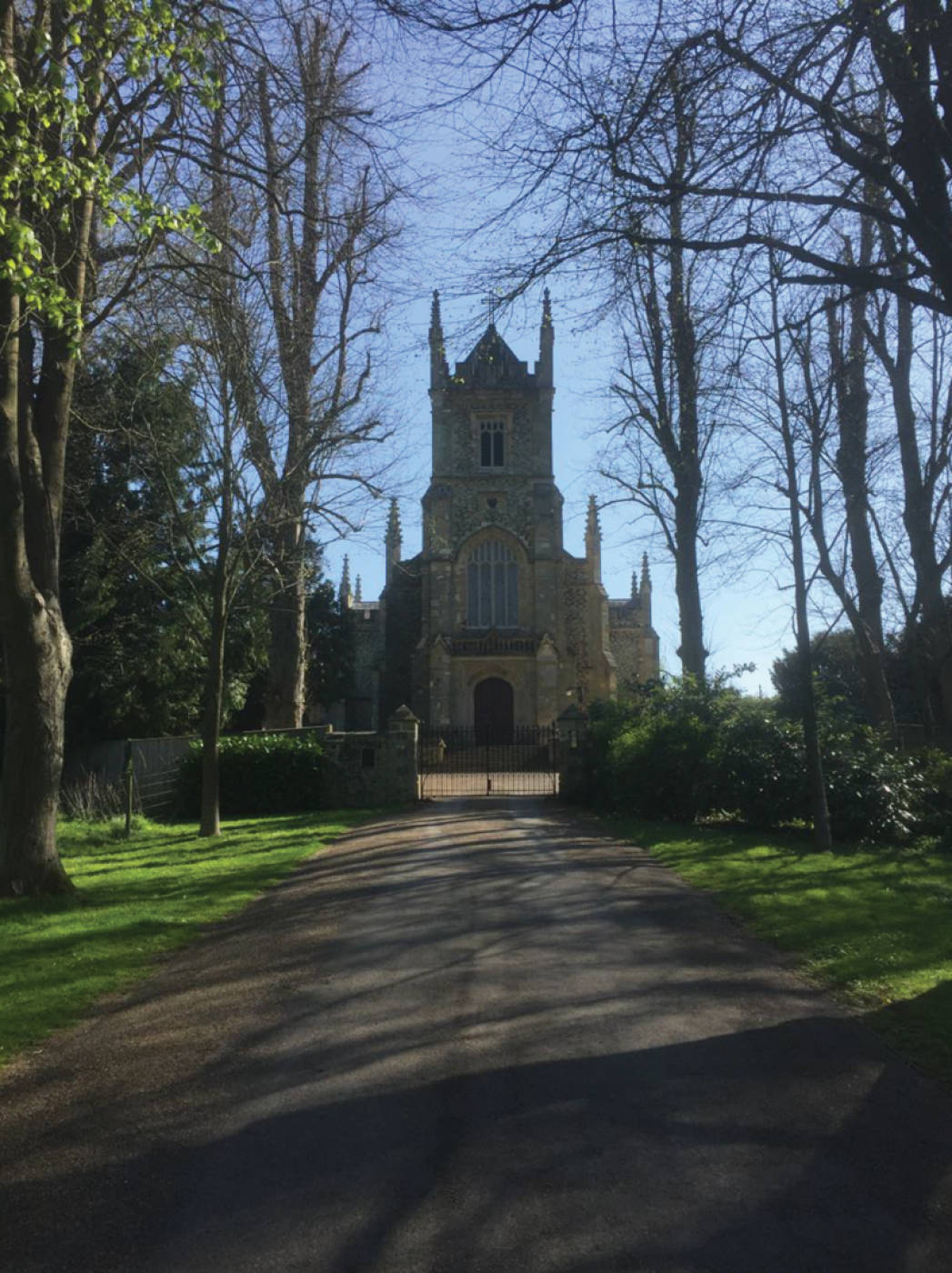 Now I have visited many churches and found some open during office hours, some are open from early morning to late into the night and some are open at all hours, but this one was not open at any time.

The Chapter House and lodge are set in grounds that are immaculate in their presentation and the lawns look like bowling greens. You can tell that there is no expense spared in the maintenance of this beautifully kept church. I was unable to see the side elevations of the church, but by way of a public pathway the rear of the church can be seen showing the magnificent Pugin stained Rose window 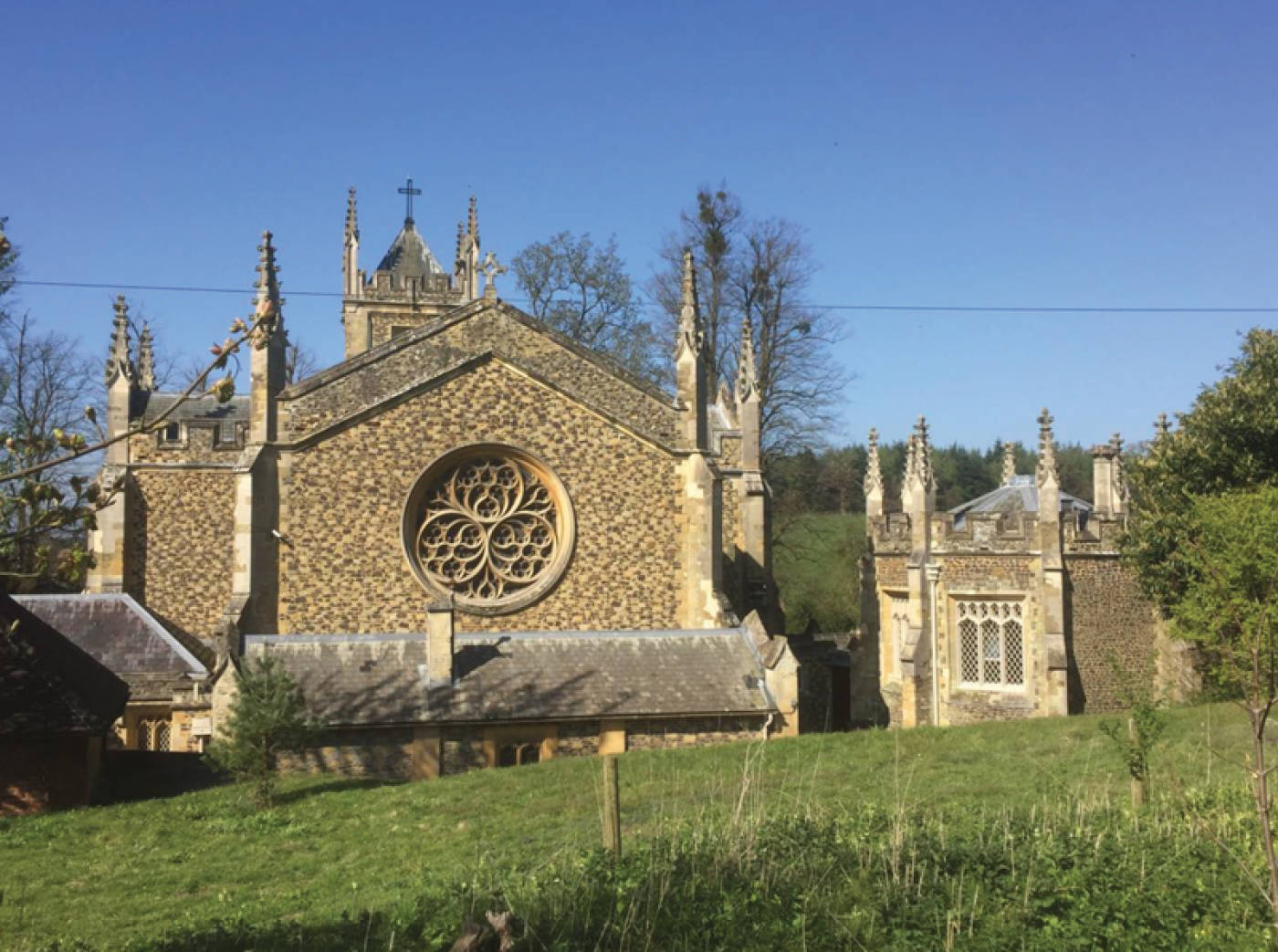 The Famous Pugin Rose Window
This original stone window designed by Pugin sits to the rear of the church and stands testament to his vision and understanding of the gothic style.

So the mystery continued. A beautiful church set in the Surrey Hills, no effort spared with the presentation and maintenance, bolted gates and not a soul to be seen anywhere and most certainly no admittance to the public….

Well let me explain. In the early 19thC the council of the church would vote and the head of that church would run things as a church would be run, but in the early 1900’s it was decided that there would be no further elections after the present officeholder died. He died in 1950 and there has not been a service of any type held at this church since.

The maintenance and the upkeep are for one reason. Preparation for The immediate Second Coming of Christ!!!

I do really hope it is soon because I would really love to see inside. Until next time, Love Old Buildings