The love of all things old has taken a turn for the surreal once again.

As far as feathers in caps go. We have rebuilt medieval coach houses, saved ruined 16th century cottages from butchering builders, and preserved, repaired and conserved sand stone windows that were first constructed when King Harold was getting an arrow in the eye in battle, in Battle…. 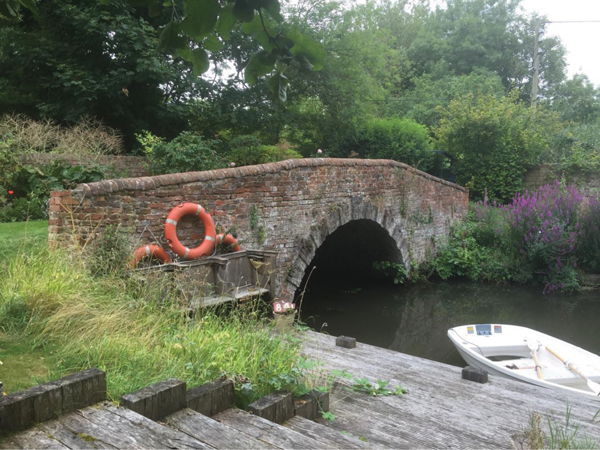 The water you see forms part of a moat around a large manor house. 20 yards from the far side of the bridge is the River Thames and the feed to the moat is a tributary no less than 40 feet away.

Built to replace an existing bridge around 1690 it provided access to the River Thames where there was a loading point where bricks, coal and other goods were ferried from local manufacturing places and used to build the local village. 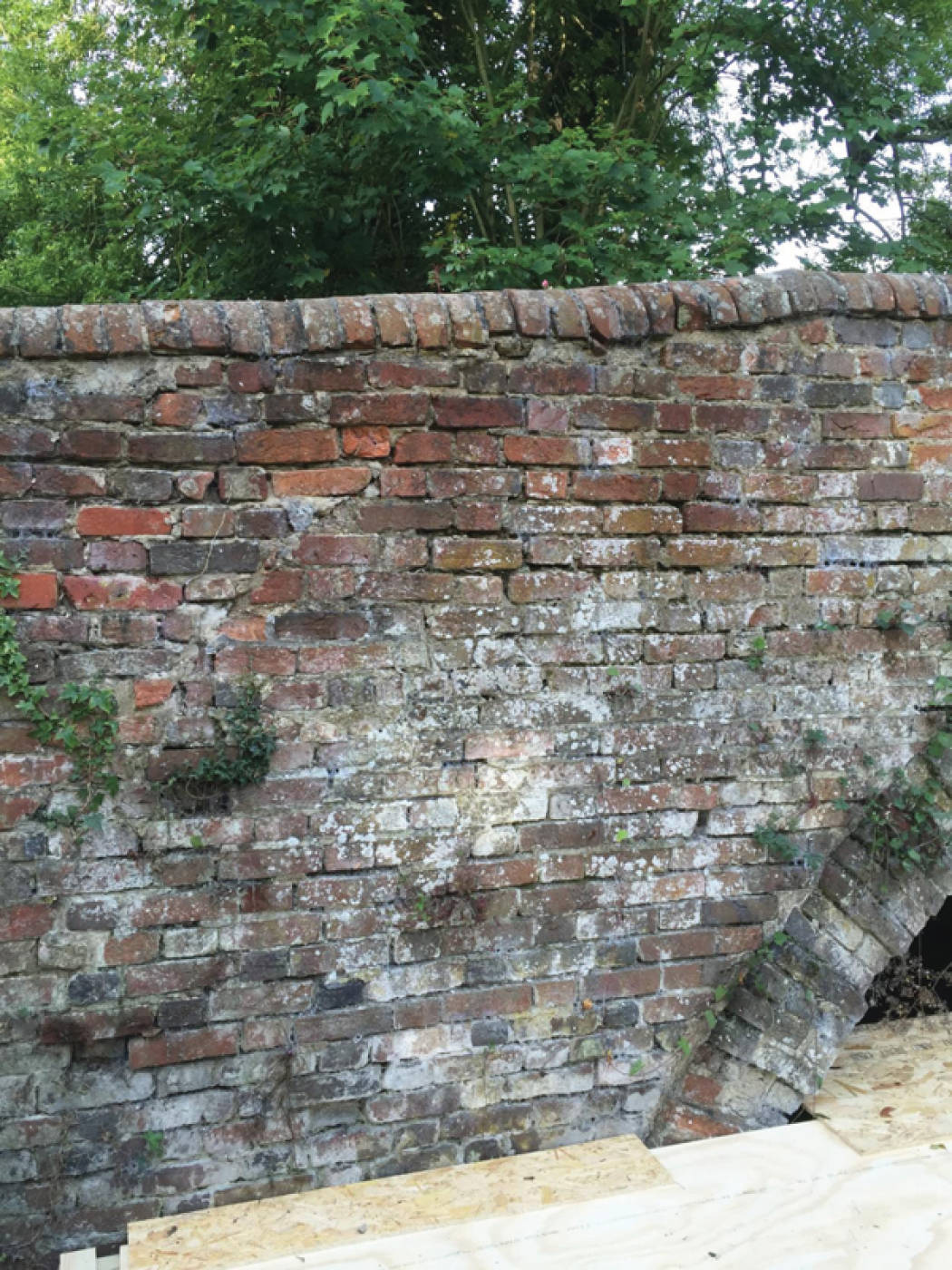 Grade II listed structure, a marvellous piece of age old construction and someone around 1960 stuffs the mortar joints with cement…. Oh little did they know! You can see where the clay brickwork by way of movement has rejected the solid cement

Structurally the bridge is very sound and apart from summer barbeques, the gardener and flocks of ducks the bridge has no traffic at all. In fact the way over the bridge has been laid to lawn long since anyone can remember. The problem with the structure is the same aged old problem that keeps reoccurring with many traditional buildings … CEMENT!

So let us revert back to lessons told in the past, the mortar within the form of a brick wall was put in place to keep the bricks apart. It is a composition mix of a sand and lime approximately two sand to one lime, this is because it has to be softer that the brick itself so by nature of its position becomes sacrificial to all that Mother Nature, the weather and human activity throws at it.

The bricks are made from clay, these do expand and shrink depending on the temperature of the seasons and as the lime based mortar will also adapt to variable movement and keep it all tight and snug. 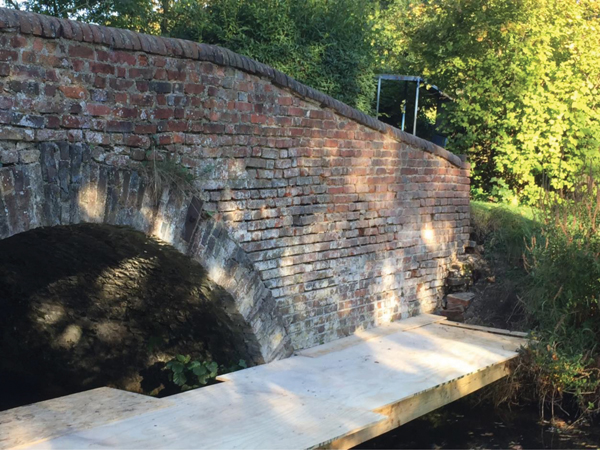 Painstaking and meticulous the work to remove the cement has taking its time as you can see to the right of the raised voussoirs archway and the cement above.

Both the clay brick and the lime mortar absorb moisture in the way of rain, and by the force of nature and capillary attraction the moisture sinks to the bottom of the brickwork and naturally dries out!

Each time this drying process happens, the mortar loses a little of its integrity, and before too long about 70 years the brickwork needs repointing.

So looking at it chronologically this bridge was re-pointed about 60 years ago, with guess what? Yes you have guessed it, a cementitious mortar! Also the person who re-pointed this definitely believed the age old process of ​“If one shovel of cement is good, three must be fantastic”!

So our objective was to remove as much of the cement without damaging the bricks and re-point with a lime based mortar all in time before the Skylarks head away for the winter.

All we hope for is a little furtherance of the fine weather we have been having so we can finish, so until next time… love old buildings.