Can you fix my window the client said? Probably I said!

So there I was thinking to myself there was just another opening in a wall with a timber surround letting in natural light that has taken its toll against mother and due to the complete lack of maintenance and tender loving care has fallen foul to rot. How wrong was I? 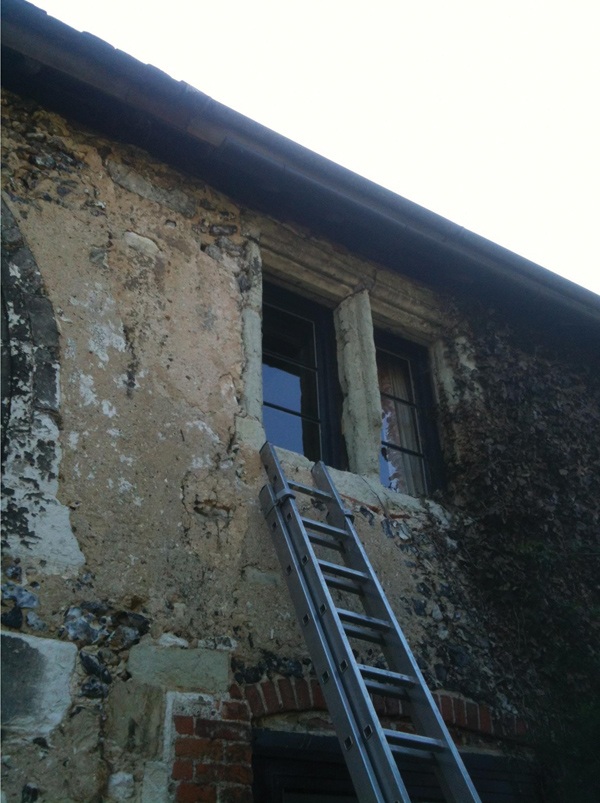 Just to be near a window that had sat undisturbed for best part of a thousand years was fantastic enough, but to be allowed to work on a project like that was like a dream come true, but the reality steps in as the weight of responsibility becomes a reality, What if it all goes wrong! 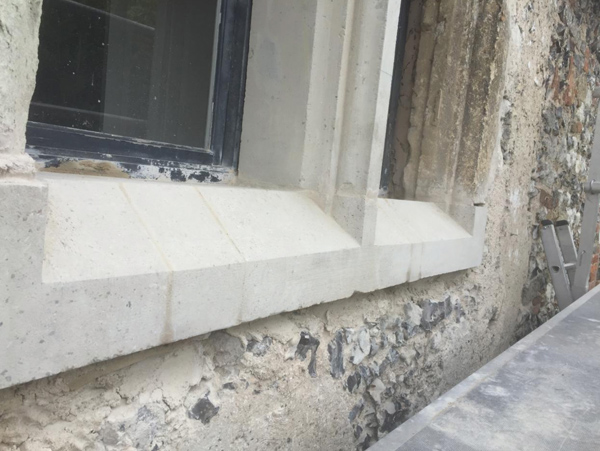 So where do we start – The centre mullion was OK on the top section but the lower part had all but eroded away.

The rule of minimal intervention is that if there is more than 65 – 70% of the original material it should be left as is, also as the original centre section was in three parts we should replace it as the same.

Upon close inspection this window was in a very bad way. The centre mullion was all but deteriorated on the lower section and the sill had laminated to the point where it hardly existed at all. The right hand side had been protected somewhat and was the better upright so we would leave that alone. The most complicated part was that the whole window was surrounded by walls of random chalk and flint held together with a lime mortar that was less than stable at all. 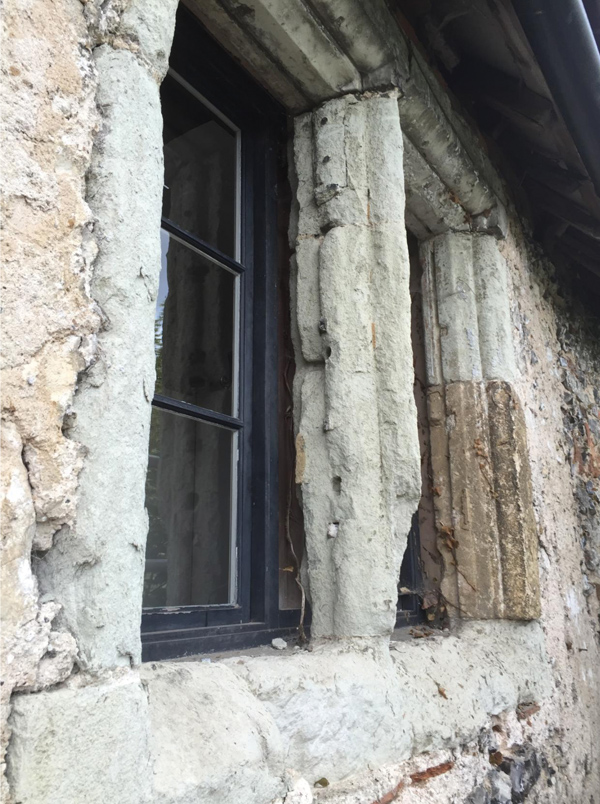 The finished bottom sill – The complete bottom section weighed in about 400Lbs and was all cut and laid by hand as they would have done when it was first built.

The stone which was locally sourced the thick end of a millennia ago from a local quarry had expired long past and what stone was available was not of a good enough quality, the pieces were not big enough. (So a quick lesson in stone quarrying for you all, the deeper the stone when it’s quarried the better it is, as it is more compressed over time and has greater stability, the higher the stone to the surface the less it is compressed and more powdery it becomes.)

New stone pieces were sourced from the same type, delivered and carved on site and each piece weighing in at over 200 Lbs, the forms were cut out of timber to match the existing shapes and transferred exactly to the new stone pieces exactly.

Getting the new pieces into place without jeopardising the integrity of the surrounding building was no easy task either, each piece had to be lifted and bedded into position using lime mortar and joints sealed and weathered.

So they knew a thing or two the monks, remember we all learn most of what we know thanks to other people’s failures, these guys were the pioneers of construction and to have a window last a thousand years, well I just hope my replacement will be studied a millennia from now with the same enthusiasm.

Until next time…. Love Old Buildings